Contribute Now
Ad
Even as India is attempting to evacuate at least 65 fishermen from Gujarat  who are stranded in Khoka port in Yemen, four other Indian seamen continue to be treated in a hospital in al-Thowra Public Hospital in Hodeida city after their vessels were attacked last Tuesday.

On Friday, the External Affairs Ministry said that two boats, Mustafa and Asmar, carrying a total of 21 Indian nationals had been attacked in Khoka by aircraft of the Saudi-led coalition that is attempting to displace Houthi militiamen from areas they have occupied and restore Yemen’s exiled government in Riyadh to power.  Initial reports claimed that the Indians had been involved in fuel smuggling.

The bodies of six Indians had been recovered, the MEA said. Fourteen men were safe in Hodeida, 163 km north of Khoka, and were in touch with their families. But one man was still missing.

However, Akbar Ali, 27, one of the survivors who came to the hospital in Hodeida along with another survivor to accompany the wounded, had a different story to tell. He claimed that there had actually been 60 crew members aboard the two boats, of whom only ten had survived.

One of the injured men, Irfan Hassan, 23, told Scroll.in that he and his crew mates were handling  cargoes of food, not fuel. “Three missiles struck our boats as we were unloading sacks of flour and sugar, and other food stuffs,” said Hassan, grimacing in pain on his hospital bed in the burns unit. The names of the other injured men were given as Abid, 30, Jawid, 28, Saleem, 30.

Added Akbar Ali, “We were officially dispatching food commodities and had our permits for that.” He said that the cargo was being dispatched from Somalia to a Yemeni merchant. 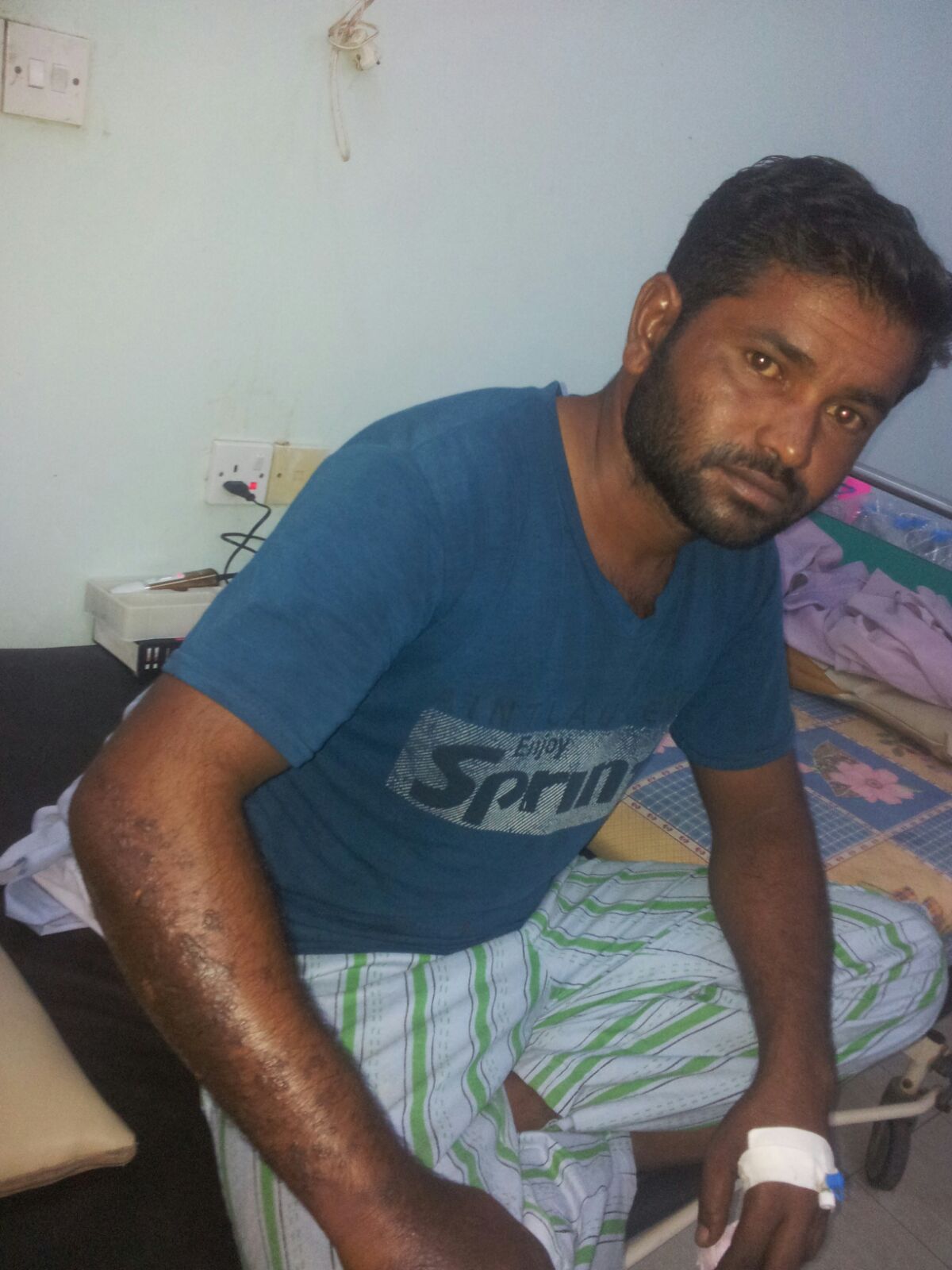 Saleem, one of the injured men.

The small port of Khokha is an anchorage chiefly meant for the local fishermen and traders, according to local resident Ibrahim Jaber, who works as a lawyer in the town. But over the past month, he said, “several foreign nationals have been officially coming and going on their fishing boats, as they were carrying fuels and other commodities”.

The situation in Yemen has been increasingly volatile since March, when a nine-Arab-state coalition, led by Saudi Arabia, launched its offensive. In April, India conducted an enormous exercise called Operation Rahat to rescue its nationals stranded in the country. Approximately 5,600 people were lifted out of Yemen by air and by sea.

Early in April, the Saudi-led coalition imposed naval and land blockades, closing all the ports to this most impoverished Arab country, which largely depends on imports. As a consequence, fuel shortages and power outages have consequently become rampant.

The coalition, however, has not yet achieved any of its stated objectives, while the pro-Houthi forces have been pushing further into central and southern cities since they took control of the capital, Sana’a last September.

During the six-month period of air and ground warfare, more than 45,00 people have reportedly been killed, and most of the country’s infrastructure – including government buildings, educational institutions, health facilities, roads/bridges, stadiums, and seaports, as well as heritage sites – have been greatly damaged by the Saudi-led airstrikes.

On the same day the Indian boats were bombed, at least 12 trucks carrying food stuffs were hit by airstrikes while leaving the Mokha port on the Red Sea coast, some 70 km from Khokha port.

Last month, Hodeida – Yemen’s second-largest port and a main import hub for the country’s north – was bombed by at least eight airstrikes. All its five cranes there were knocked out, according to Jamal Ayesh, the director of the facility.

The bombings have not stopped. During the Friday prayers at a mosque in downtown Khoka, as people prayed for the souls of the dead Indian semen, Saudi-led planes were hitting a pro-Houthi military base outside the town and a number of houses of allied leaders in the neighboring areas.

The bodies of the six dead Indian seamen havebeen taken to the morgue of the Military Hospital in Hodeida city. 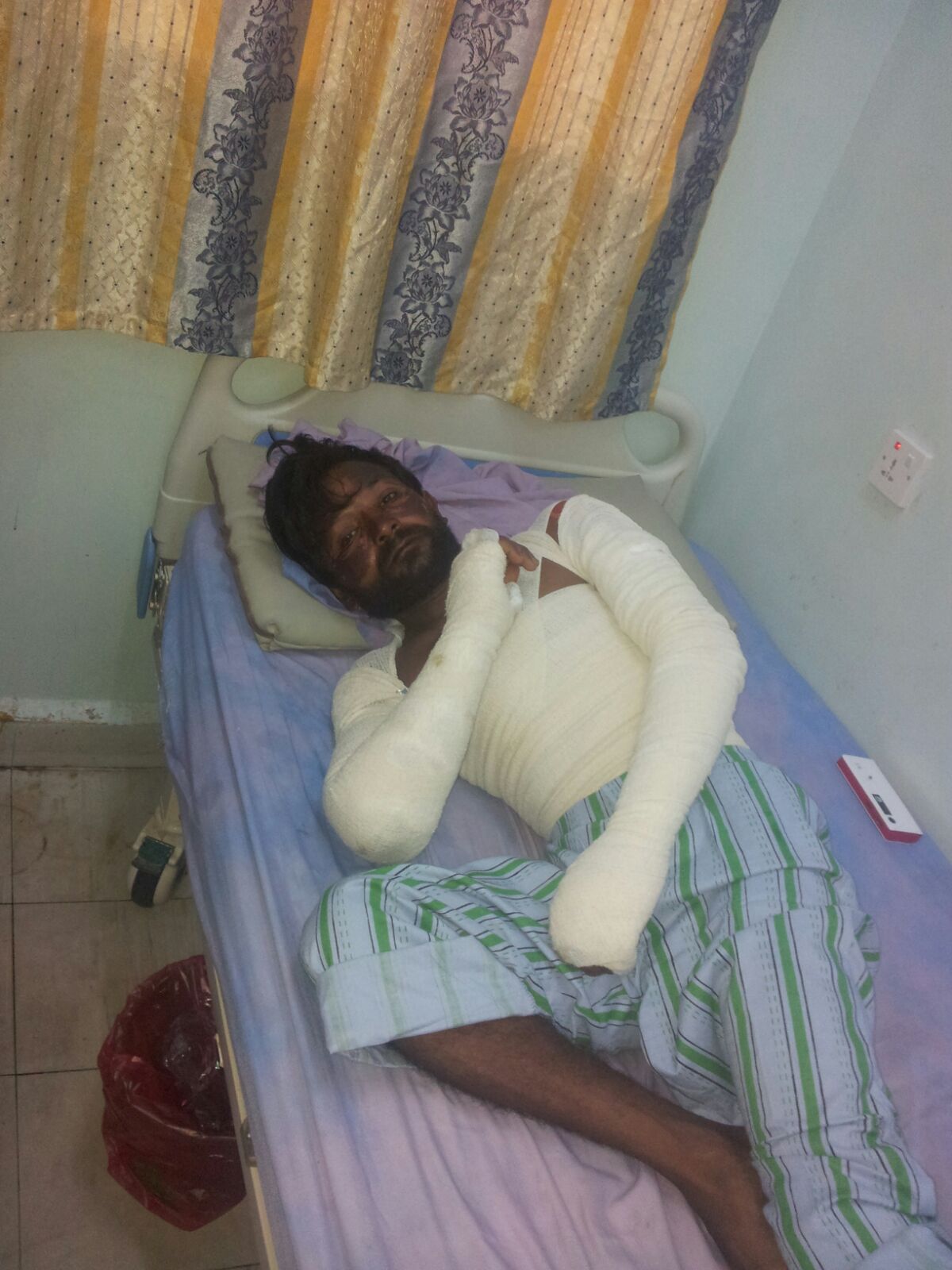