Contribute Subscribe
Ad
The villagers of Khudawadi, in Maharashtra’s Osmanabad district, were hard at work. After the medium irrigation project that waters their fields ran dry, the villagers dug pits in September to recharge the wells, and cleared and widened their lake in preparation for the rain. This would be enough to see them through till the next monsoon, they hoped.

“Because of the drought, we need to conserve our water,” said Dr Khajure, a doctor credited with transforming the village into a model for others in the region. “However much water falls here, we will not let it flow. If we make it stop, we can renew our water sources.”

Khudawadi has changed a lot over time. Ninety-year-old Gayaben Thawre remembers when it was just a small cluster of houses near a dense jungle, nowhere near its current population of 5,000.

“Before 1972, there used to be a lot of rain,” Thawre said. “We used to have to pile up three stones and then cook on top of those because of floods. But every year we are getting less water. In almost 100 years, I have not seen anything as bad as this.”

“The rain has reduced because all the trees were cut,” she added. “There were only four proper houses in the full village then and the jungle was so close that wolves used to come here. This village has improved a lot since then. But now there is no water.” 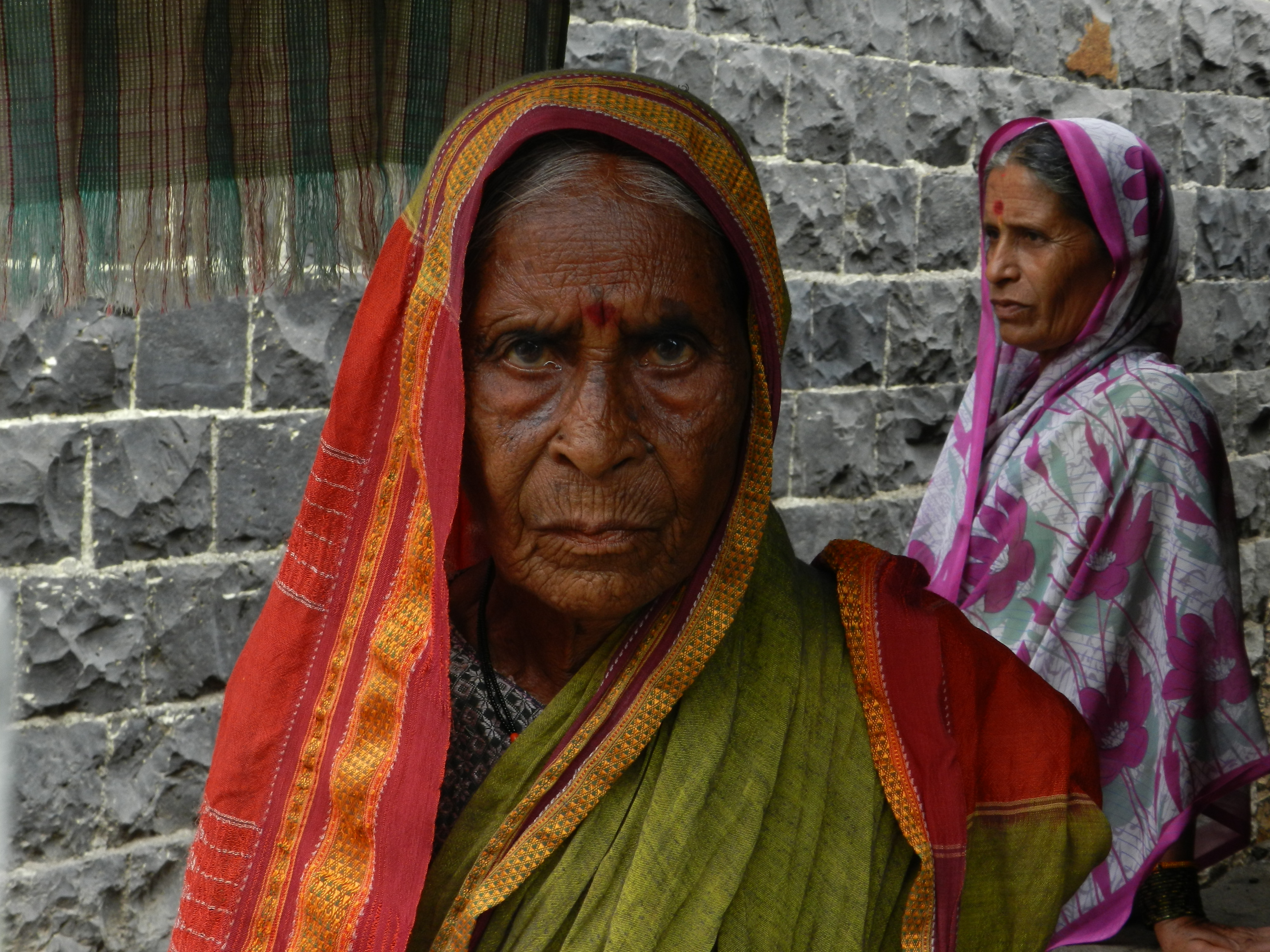 Khudawadi won Maharashtra government’s Sant Gadge Baba Swachata award in 2001, which came with local prestige as well as Rs 10 lakh to be used for village improvement schemes. Fifteen years later, it still regularly repaints signs of the award on buildings across the village.

Proud of the honour, it is rejuvenating its share of water bodies by preventing runoff downstream. Asked what would happen to villages downstream that depend on the water, Khajure said, “When they see how this works for us, they too will follow our example. How else will we manage?”

This sentiment finds voice everywhere in parched Marathwada, not just in Khudawadi. Year upon year of water scarcity has amplified possessiveness over water. In August this year, officials of Osmanabad and Latur districts came to blows while trying to release water for each of their districts. Now, wherever rain falls, people want to do their best to halt it before it runs downstream.

The state government’s own flagship scheme Jal Yukt Shivar operates on the same principle: it is attempting to improve groundwater storage, particularly in drought-hit areas, by stopping water from flowing away. Jal Yukt Shivar, launched in December 2014, is the latest in a line of similar projects that Maharashtra has initiated over the years in a bid to recharge decentralised water storage bodies, such as ponds, tanks and minor canals. Unfortunately, of the 70,000 such minor irrigation projects that exist in the state, only 12% were working as of April.

Trumpeting its achievements, the present Bharatiya Janata Party-led government claims to have revived half of existing old water bodies, canals and wells in less than a year. Villagers have contributed a significant amount to the scheme as well.

Drought-stricken Marathwada certainly needs all the groundwater recharging it can get, considering the rate at which water is being depleted by sugarcane farming. But, given the region’s geology, there is only so far the recharging can go, says SK Vadagbalkar, geologist and principal of the Dayanand College of Arts and Science in Solapur.

“The Deccan plateau is made of volcanic, impermeable rock,” he said. “Any groundwater reserves in it have built up over thousands of years. This rock has an upper limit to filtration which means that it cannot absorb water beyond a certain rate.”

Below the top layer of fertile black cotton soil is a weathered zone and below it all, bedrock. While wells usually feed off water between the topsoil and bedrock, borewells empty aquifers from that rock. Aquifers are fissures and fractures within the rock that fill with water over millennia. Once depleted, recharging them is extremely difficult. Besides, Marathwada’s volcanic bedrock means that aquifers in it are smaller. The deeper borewells go, the less certain people can be that they will hit an aquifer and the less water there is to tap.

Falling through the cracks

In May, under the Jal Yukt Shivar scheme, the state government brought in JCBs to clean a drain in Kaudgaon (Bavi) to improve its water storage. The drain, however, remained empty through the monsoon period because there was no rain. When a few days of showers in September filled it, Kaudgaon got some relief – one kilometre down the road, however, Bavi was still using tankers.

Patchwork solutions like this are common across Marathwada, which has no assured supply of water. As rainfall decreases every year, the spread of these solutions simply increases. Besides the government, private initiatives too are trying to bring in some reprieve, though in a far more piecemeal fashion. The Art of Living group is among the more high-profile of them.

“Because of silting the water doesn’t stay in the river,” explained Makrand Jadhav, an Art of Living organiser and an organic farmer from Latur who oversaw the rejuvenation of a 4-kilometre stretch of River Rena. “We remove the silt and get to the sand layer to improve percolation downwards. Instead of letting water run off to a dam and then be lifted back, we want to store it where it fell.”

The silt is used as fertiliser for fields and the widened and deepened river bed makes it easier for water to flow. At least in theory.

The group finances its projects by inviting villagers to raise half the funds and matching that with its own contribution. This is similar to how the state funds its Jal Yukt Shivar projects. At an approximate rate of Rs 1,800 per hour for about two months of work, this works out far cheaper for those who want to contribute and don’t have the patience to wait for government schemes.

“People think that Art of Living has deep pockets, but we don’t,” Jadhav said. “We go only where we are invited. When others see this working, then they put together money and we help them too.”

Implicitly left out are those who don’t have money – and therefore are less likely to have access to water – and those downstream. Since projects are undertaken by invitation only, that means any widening or deepening is done in bits and pieces across parts of the river. Essentially, this converts rivers from flowing water bodies into neatly separated water tanks. 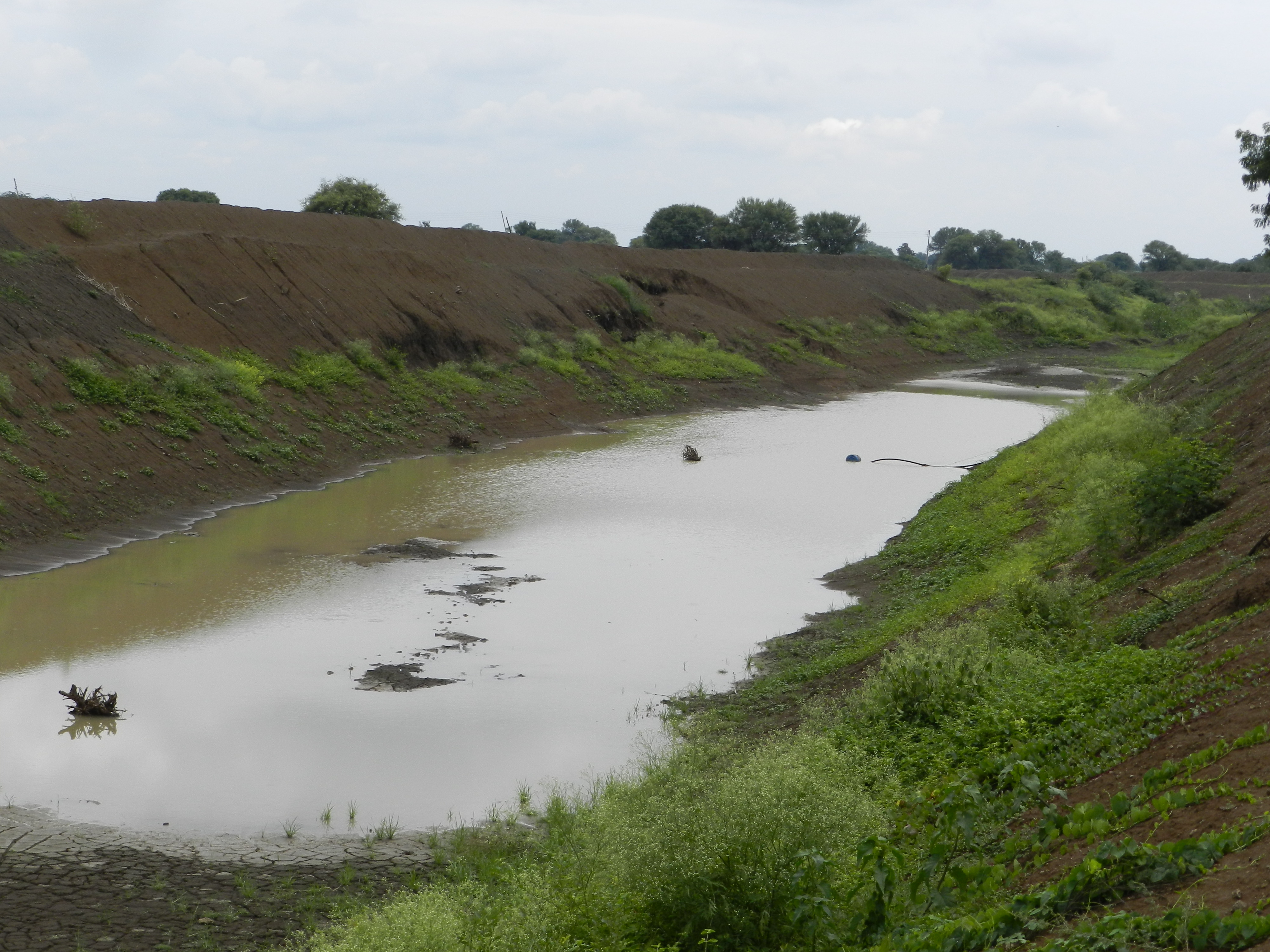 Water pools in the desilted part of the Rena.

If projects such as this are not done end-to-end, those downstream are likely to suffer. And there are deeper implications.

“There is a craze for deepening and widening rivers,” said Pradeep Purandare, a retired associate professor at the Water and Land Management Institute and convenor of the advocacy group Marathwada Pani Hakka Sangharsh Samiti. “The government is not thinking in a broader manner. They are going for ad hoc schemes without doing it in a scientific manner. If they construct so many projects in a short period, who will design them, or ensure they are being constructed properly? We will have another scam in two years. The ponds will have silted again in a year.”

This is the fourth part in a series on Marathwada's ongoing water crisis. Read the other stories here.