Oct 08, 2015 · 10:30 am
Shoaib Daniyal
The small dhaba outside Bishara is doing brisk business, thanks to the scores of journalists who have descended on the village to cover the brutal 28 September lynching of Mohammed Akhlaq over beef. Inside the dhaba, Manoj Rana, a resident of Bishara, is alternating between raging at the reporters and lecturing to them. In one of his calmer moods, he gives his own version of how Akhlaq got lynched, which involves villagers dramatically discovering the remains of a calf Akhlaq had allegedly slaughtered and then rushing to his house.

Rana is unfazed by any questions of morality here. This happened because Akhlaq had “destroyed our religion”, he said. Rana refused to even call it a murder. “Uski mrityu hui hai," he said. "Hatya nahin, mrityu.” He "died" is how I would put it. "Murdered" is the wrong term.

The Dadri beef lynching has been making headlines and generating enormous amounts of outrage across Anglophone India – which is admirable. But at the end of the day, it bears well to remember that Manoj Rana has no compunctions about displaying his allegiance to his version of “dharm” (religion) over any secular morality that Anglophone India’s outrage is predicated on. And, at the end of the day, it is this that will triumph over any transitory metropolitan rage. Already Mohammed Akhlaq’s family has been shifted to the secured premises of the Indian Air Force in New Delhi – no matter the media and the outrage, they know that their physical safety is not guaranteed given the ground reality and the views of their own neighbours.

It is not only Akhlaq’s family who are anxious about the future, given the religious extremism and communalisation sweeping through the area. As can be expected, the entire region’s Muslim minority is fearful and apprehensive of violence and a repeat of the Muzaffarnagar anti-Muslim riots in the run-up to the 2014 national elections.

As it turns out, the Bishara lynching wasn’t a one-off incident. The morning after Mohammed Akhlaq was murdered, a mob – outraged over the rumours that a cow had been killed – engaged in stone pelting and violence at the National Thermal Power Corporation plant around 5 km from Bisahda. In this violence, a 55-year old Muslim man, Shabir Ali, was beaten up. “They identified me as Muslim by my beard and kurta-pajama and also stoned the mosque nearby,” said Ali, convalescing in his village, Dehra, around 12 km from Bisahda. 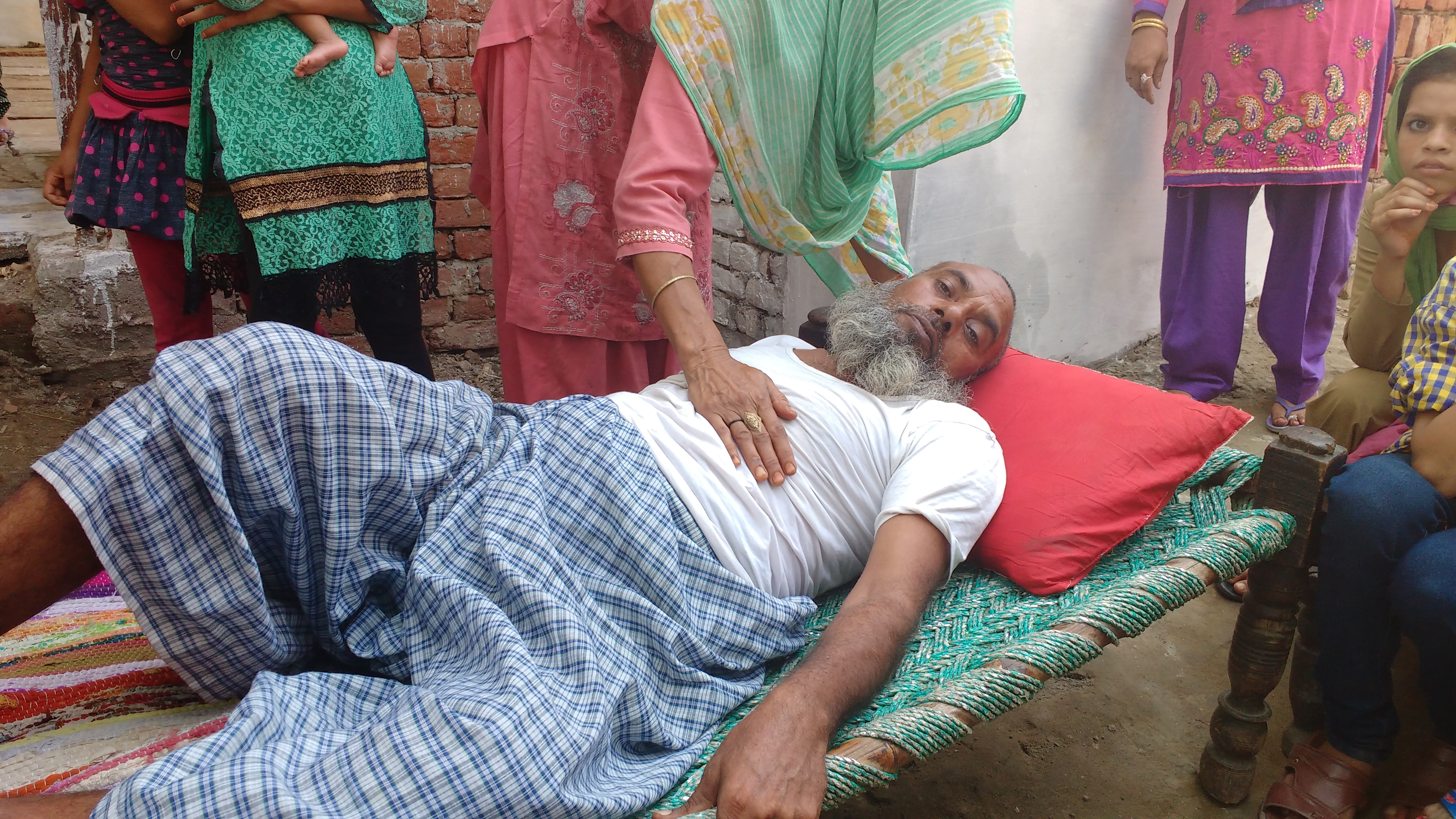 Shabir Ali at his home after being attacked

It seems the violence was brought under control by some quick police action by the Uttar Pradesh authorities and a heavy police presence still exists in the area. Without this clampdown, things could easily have spiraled out of control after September 28. As of now, police are deployed in heavy numbers outside the NTPC plant. A smaller posse is also deployed at the mosque that had been stoned when Ali was attacked. 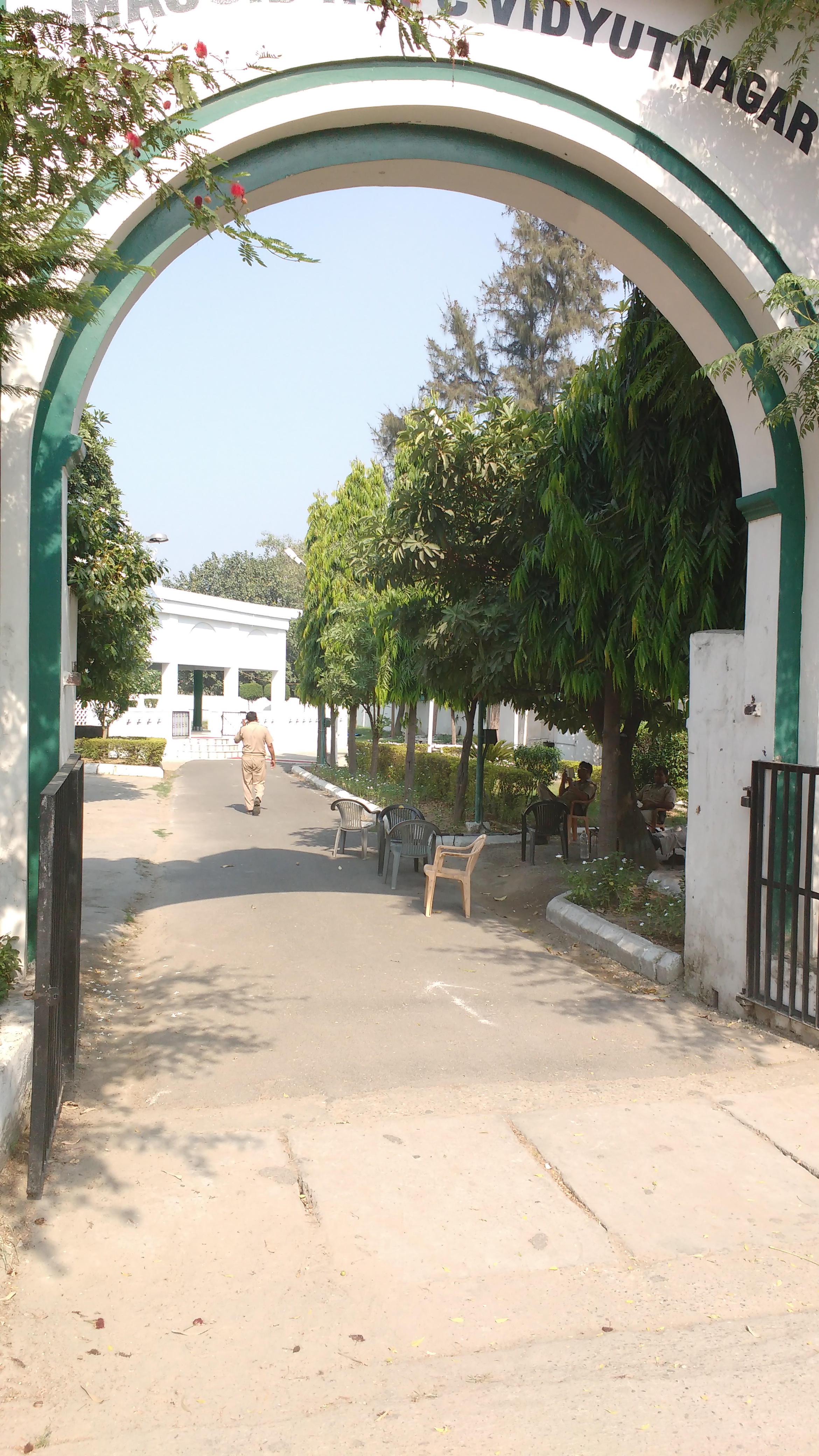 Police posse outside the NTPC mosque

The pradhan of Dehra, Mustaqim Ghulam is morose at the situation. “There has been lot of tension in this area for some time now," he said. "This murder just makes it worse,” he said. He recounts a whole litany of incidents where small-scale communal attacks have been made on the village’s Muslim residents ever since the Muzaffarnagar riots. “The police did a very good job in controlling the situation this time," Ghulam said. "We are also walking on glass because we know if we respond to provocation it is us who will be the losers. But for how long will this continue? The miscreants who are doing this know they can get away with it because it suits some people politically.”

At a nearby village, Khichra, Mohammed Shauqeen, owner of a restaurant regrets the state of affairs as well. “This area has never seen communal tension, not even in 1947. But for the last two years, the situation has become quite bad. Nothing has happened till now but the spark has been lit”.

Even after the Bishara murder, there are efforts to vitiate the atmosphere. “Someone called the police in Chithera village close to where we are and claimed that a cow had been slaughtered," Shauqeen said. "Another rumour was spread in another nearby village that a man’s calf had been killed, when it had actually died of natural causes and he was simply skinning it. Why are people doing this other than to create disturbances for political gain?”

In the second incident, which occurred in Khera Todi village, the Uttar Pradesh police have already arrested one man for inciting violence and gathering a large crowd on false pretext.

“Muslims who are minorities in their villages are thinking of leaving already and shifting to Muslim-majority villages,” said Shauqeen. “Who can live in a mixed village if based on a rumour someone can come into your house and kill you just like that?”

Communal ghettoisation is a common feature of Indian cities, driven by violence. If it comes to the villages of West Uttar Pradesh, it would be a turning point.

Abdul Raheem, who is the vice-principal of a local madrassa in village Piplehda also brings up the close social ties between Hindus and Muslims in the area. “We are all the same people: thakurs, all descendants of Rana Pratap,” said Raheem. “Why are we at each others throats? I read about the incident at Bisahda and it makes me very sad. This is obviously a political game.”

Indeed, investigations by the Indian Express have shown that in West Uttar Pradesh, communal incidents are highly correlated with elections. And, of course, the electoral benefits from the Muzaffarnagar riots are plain to see in the Bharatiya Janata Party’s Uttar Pradesh tally: an unprecedented 73 seats from the state in the 2014 General Elections.

It was little wonder that Narendra Modi had Sanjeev Baliyan, an accused in the Muzaffarnagar riots, sworn in as part of his first cabinet. Of course, the same electoral arithmetic means a whole train of BJP leaders have descended on Bishara to further vitiate the atmosphere after Akhlaq’s lynching. The Union minister of culture, Mahesh Sharma called the murder an “accident” and BJP member of Parliament Sakshi Maharaj plainly said that he himself was ready to kill for the cow, the cleanest defense of the Dadri lynching yet from the BJP. All of which makes the region’s Muslims extremely fearful of what the future holds for them.