Become a Member
Ad
Since Partition, these temples have somehow withstood the wear and tear and still bear imprints of a culture long lost in the abyss of things bygone.

Rawalpindi, which was once predominantly inhabited by Hindus and Sikhs, now hosts only a few hundred Hindu families. All members of the Hindu community are devout worshippers and regular visitors of these temples.

As I stood at the rooftop of the buildings near Soojan Singh's haveli, I could see the old Rawalpindi city and its mandirs spread out before me. Even in the densely populated areas, these mandirs are easily discernible.

Theese structures rise higher than the surroundings, nevertheless blending beautifully into the colours of the adjoining environs; a telling testimony of religious harmony among the people of Pindi.

To learn a little more about this cultural multiplicity, I set out to visit these temples and the Hindu community of the city. I drove from Sadar Bazaar to Kabarri Bazaar to visit Krishna mandir, which is still open to public. It is situated in a busy street near the railway station. 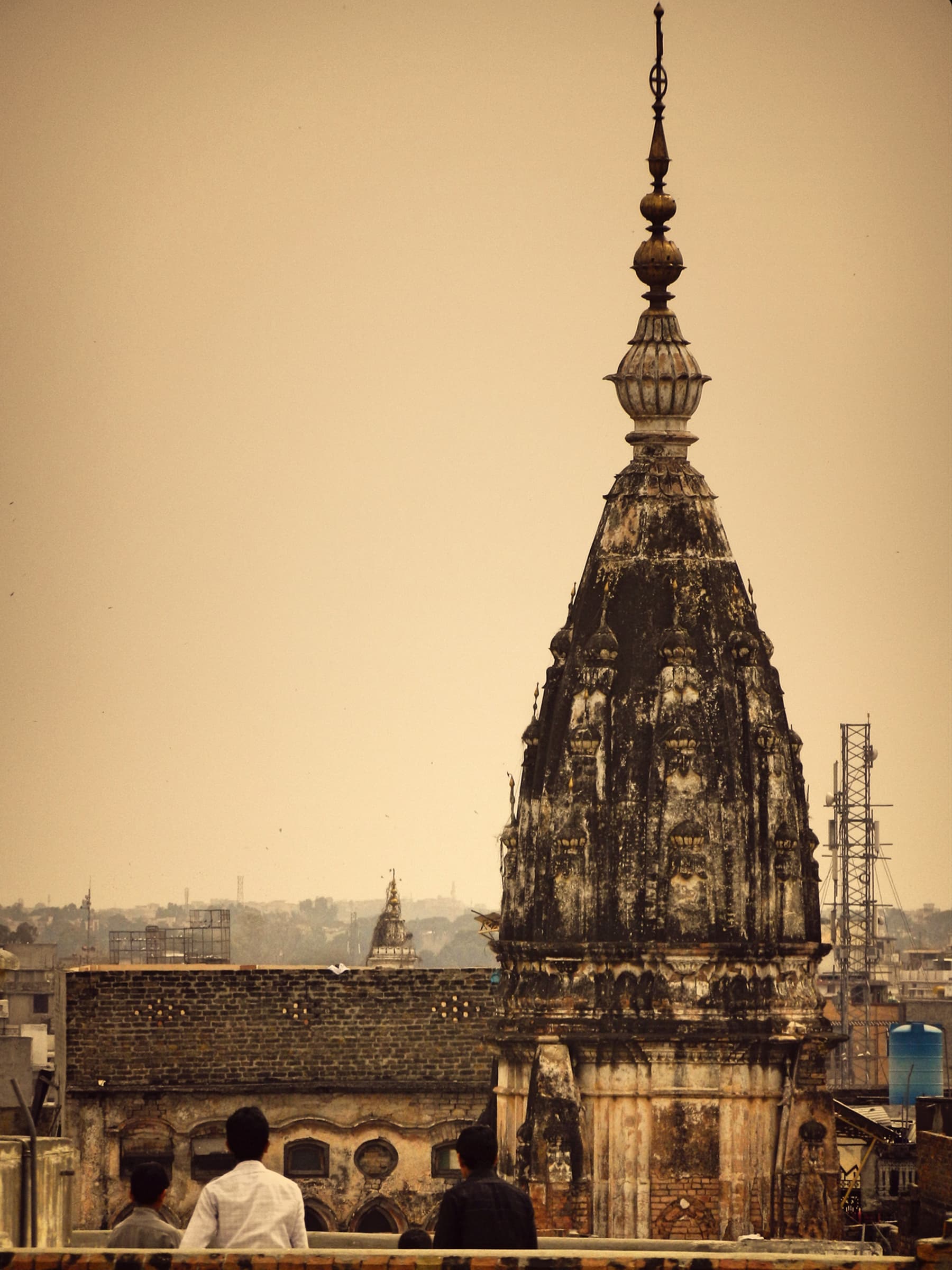 Built in 1897 by the generous citizens, Kaanji Mal, Ujagar Mal and Ram Rajpal, the double-storey building has a tree at the entrance and Shivling underneath it. The building has a plate inscribed with the names of the Hindus who donated this piece of land to the community. The mandir is dedicated to Lord Krishna, Lord Ganesh and Goddess Sheran Wali.

At the entrance of the mandir, I was warmly received by Jagmohan Arorra, an elderly man in charge of the mandir, along with a few other people from the community. They are natives of Rawalpindi and have lived all their lives in the city.

“We have lived here since ages. I was born in this mandir and have spent my childhood playing in this area,” Arorra said.

At the top floor, the interior is illuminated by sunlight shining through the large windows. The room is decorated with pictures of Hindu saints, like Sai Baba. 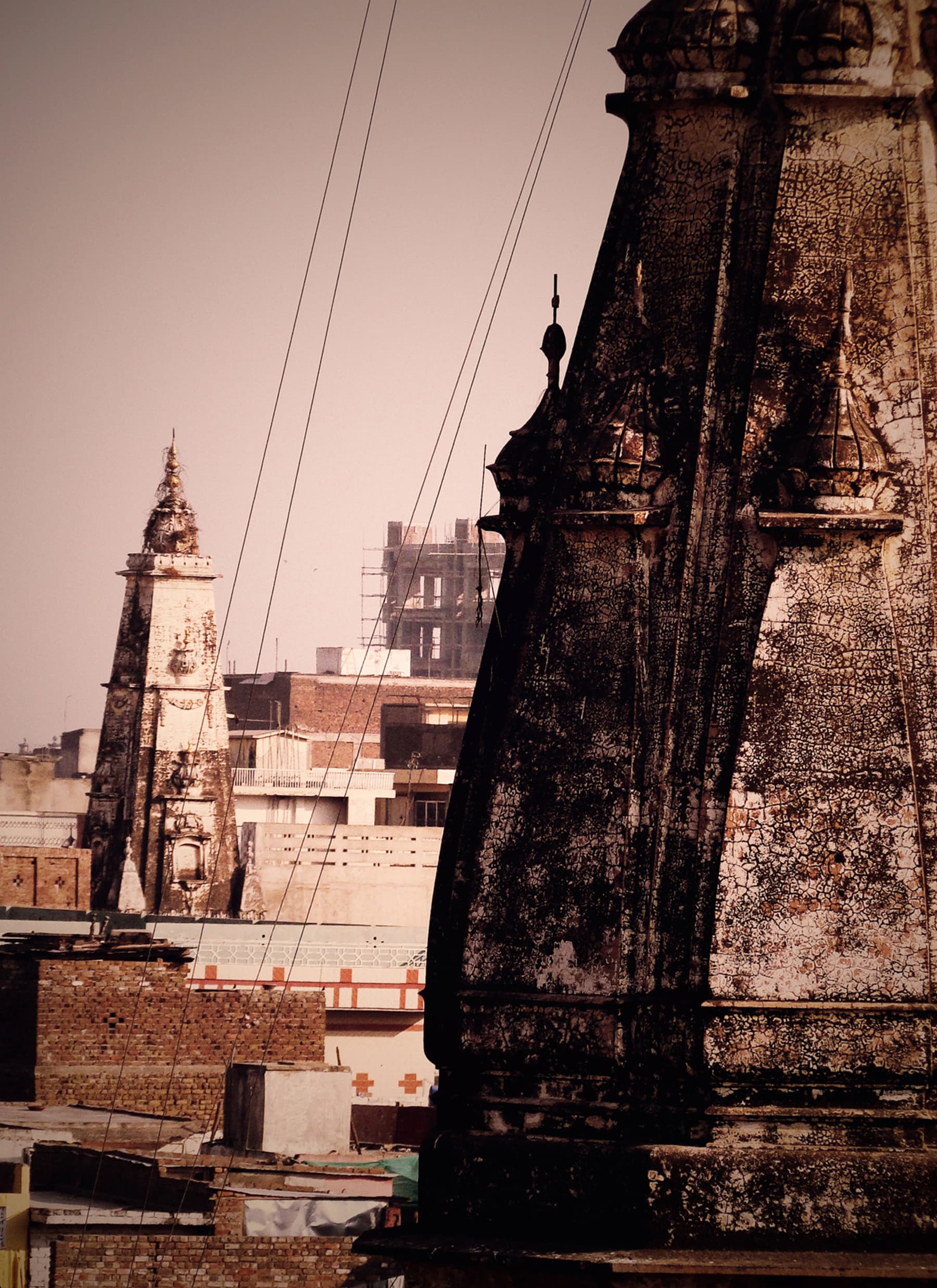 Mohan Mandir in the background with another mandir in front at Landa bazaar. Courtesy Sultan Ali.

Rawalpindi was once home to a large number of Sikhs and Hindus. Manohar Lal, who looks after the Krishna mandir, told me that Hindus and Sikhs had and still have intermarriages among them.

“My mother was a Sikh and my father was a Hindu,” Arorra confirmed.

Since the majority of the Sikhs migrated, the Hindus are looking after these temples. The Krishna mandir, however, is now looked after by the evacuee trust board. 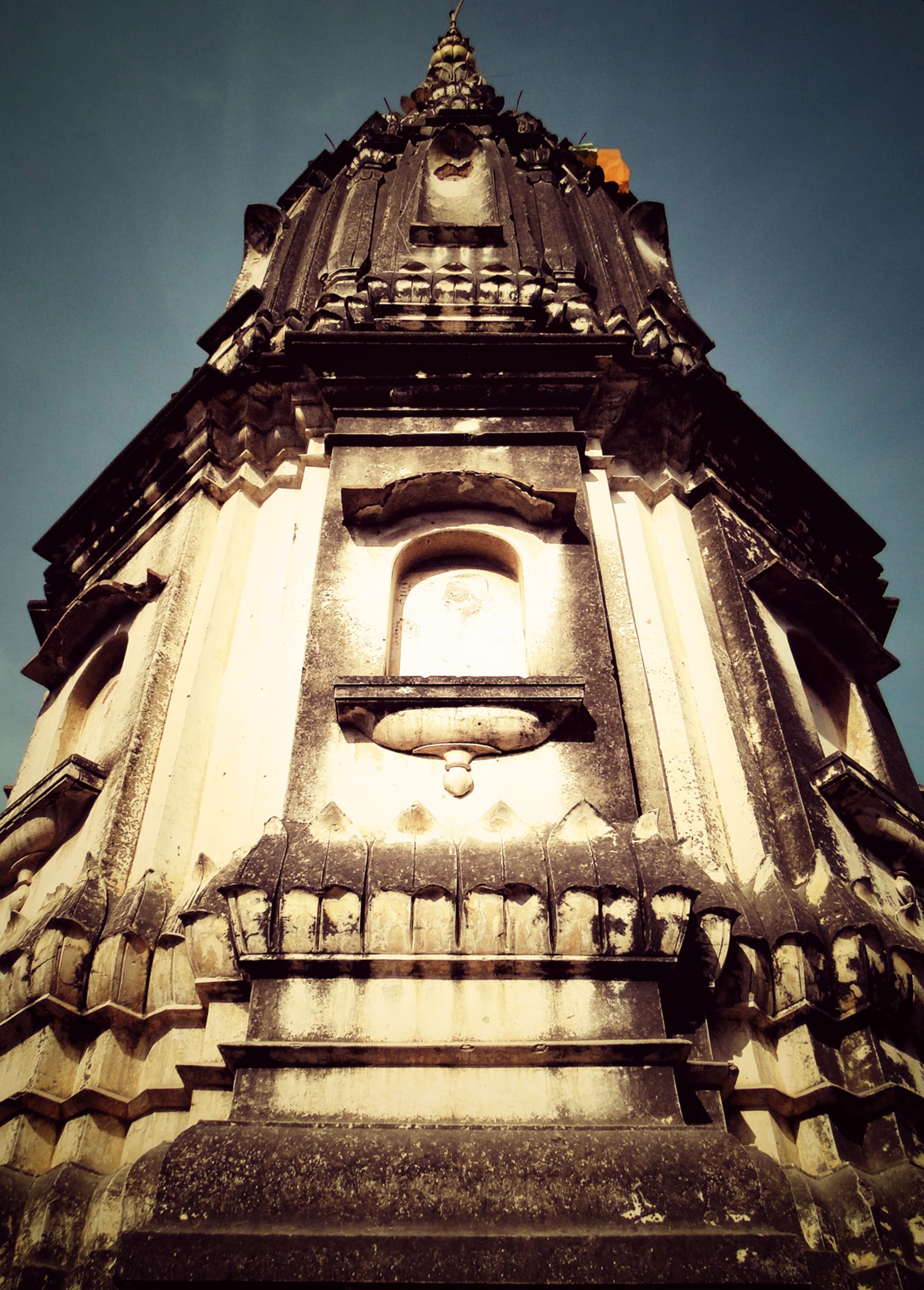 A worm's eye view of a mandir in Old Rawalpindi. Courtsey Sultan Ali

A mosque is situated in the street right next to the Krishna mandir. When I asked if the Hindus felt any hesitation in celebrating their religious festivals in the neighbourhood of a mosque, Arorra said:

“I don’t remember any incident. We know each other’s prayer times. Rather, we try to facilitate the other. We offer prayers and have special gatherings on Tuesdays and that has never been a problem for either us or the Muslims.”

“When I was a child, I used to play with my Muslim friends in this very street. One day, while playing with my friends, I went to the mosque and asked the Maulvi sahab, 'Maulviji! Can I say azaan as my Muslim friends do?' Maulvi jee replied with a smile, 'Why not?' That day, I called for prayers in themasjid.” 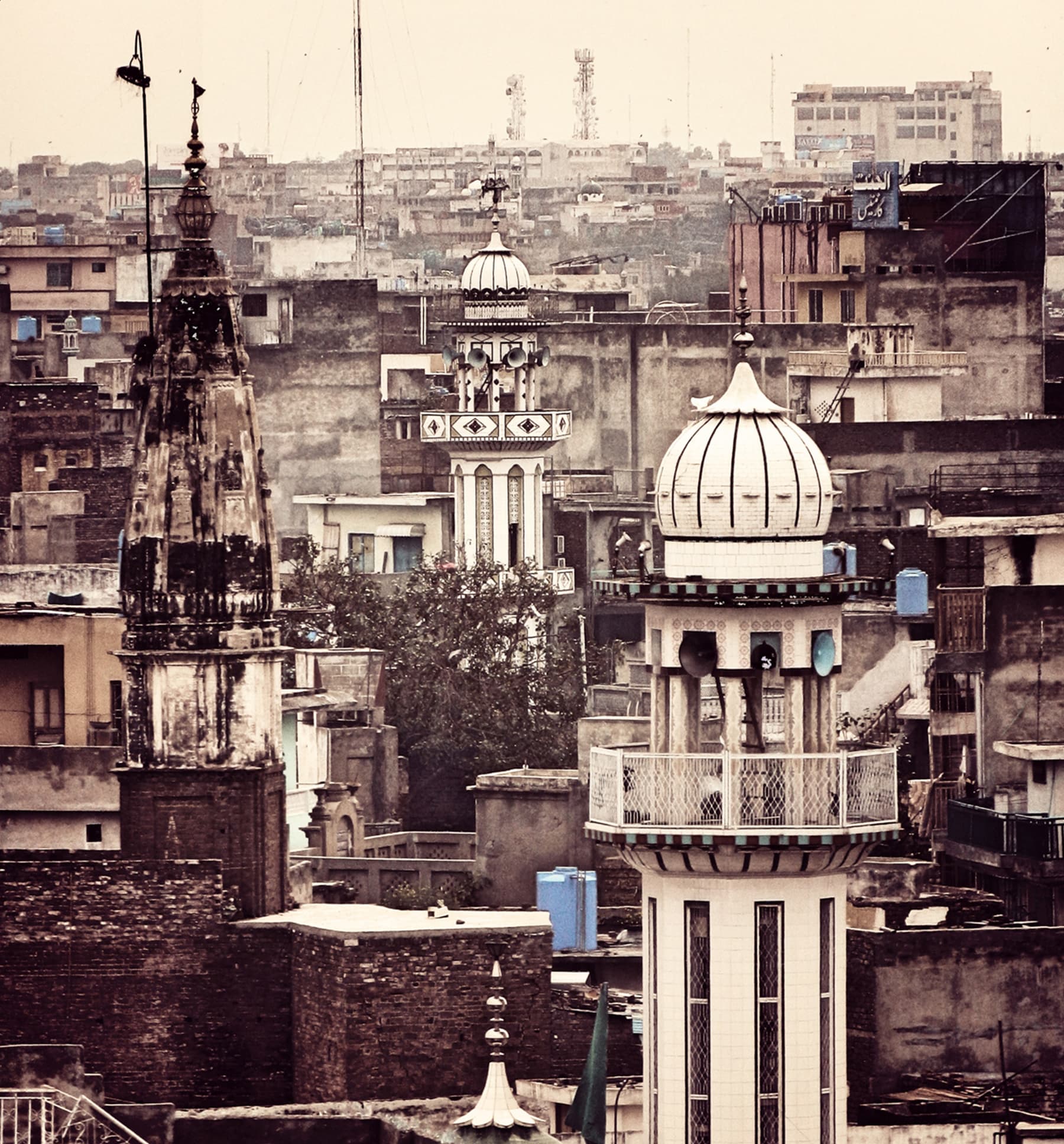 Another temple that is still open is Guru Balmik Swamiji’s mandir. Situated in the Chaklala cantonment, this mandir was built in 1935. A number of Hindu families live nearby.

The mandir is surrounded by military camps, which have been there since the British era. It is owned by the community and not by the evacuee trust. On my arrival at the temple, I met Jagjeet Bhatti , 67, and his family, who have lived here since the time of British India.

Sunil, a young man from the community told me, “Hindus from all over Pakistan come to this mandir for Bhandara in June every year.”

On my inquiry about the religious freedom of Hindus here, Sunil said, “We usually don’t feel any hesitation in offering our prayers at the mandir. The last 15 years have been peaceful for the community because of the awareness that the media has brought to the society, but we do face problems for cremation. The Shamshaan Ghaat is situated at an overcrowded place which makes things difficult for us. For this reason, we have to take the dead bodies to Attock city for cremation.” 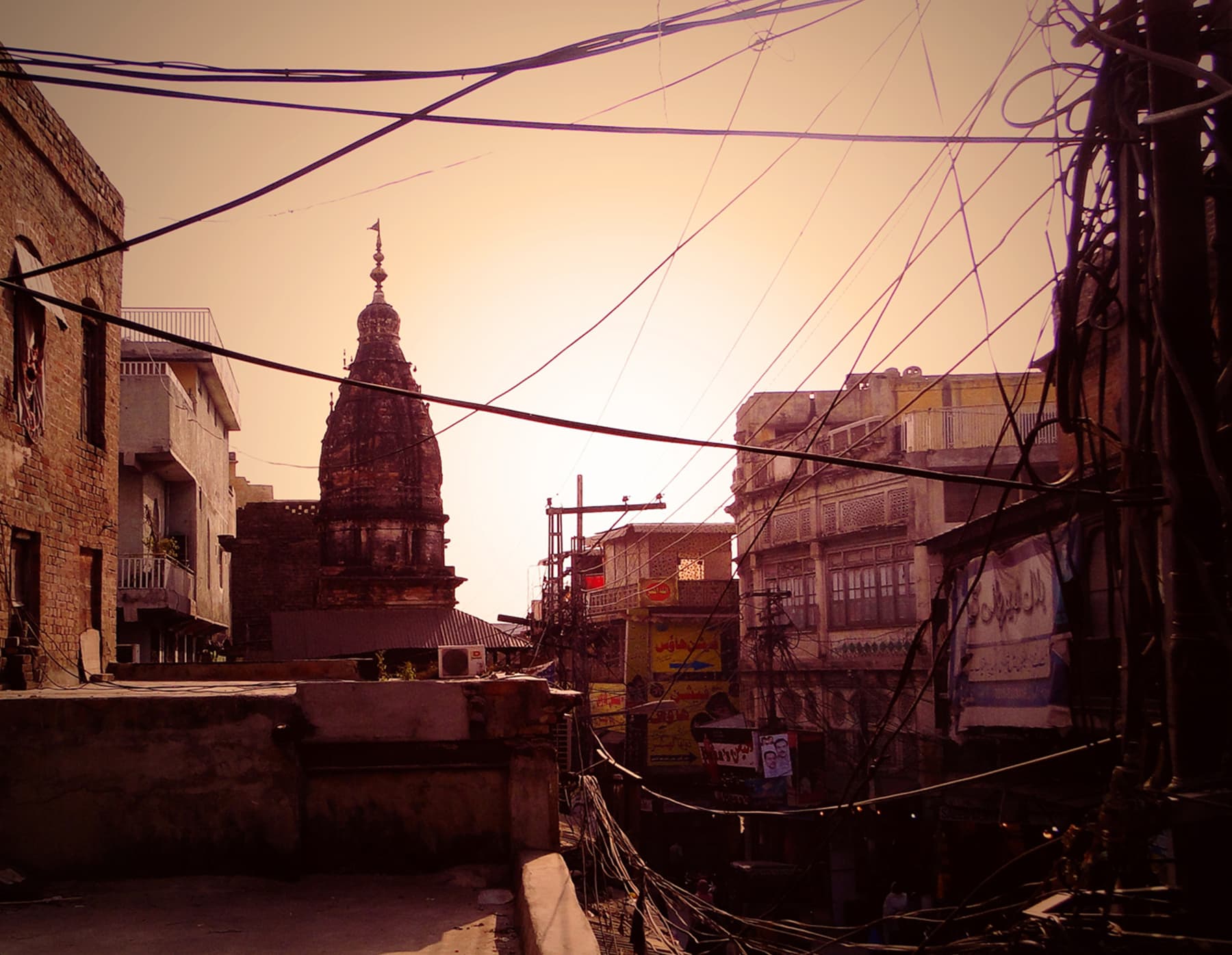 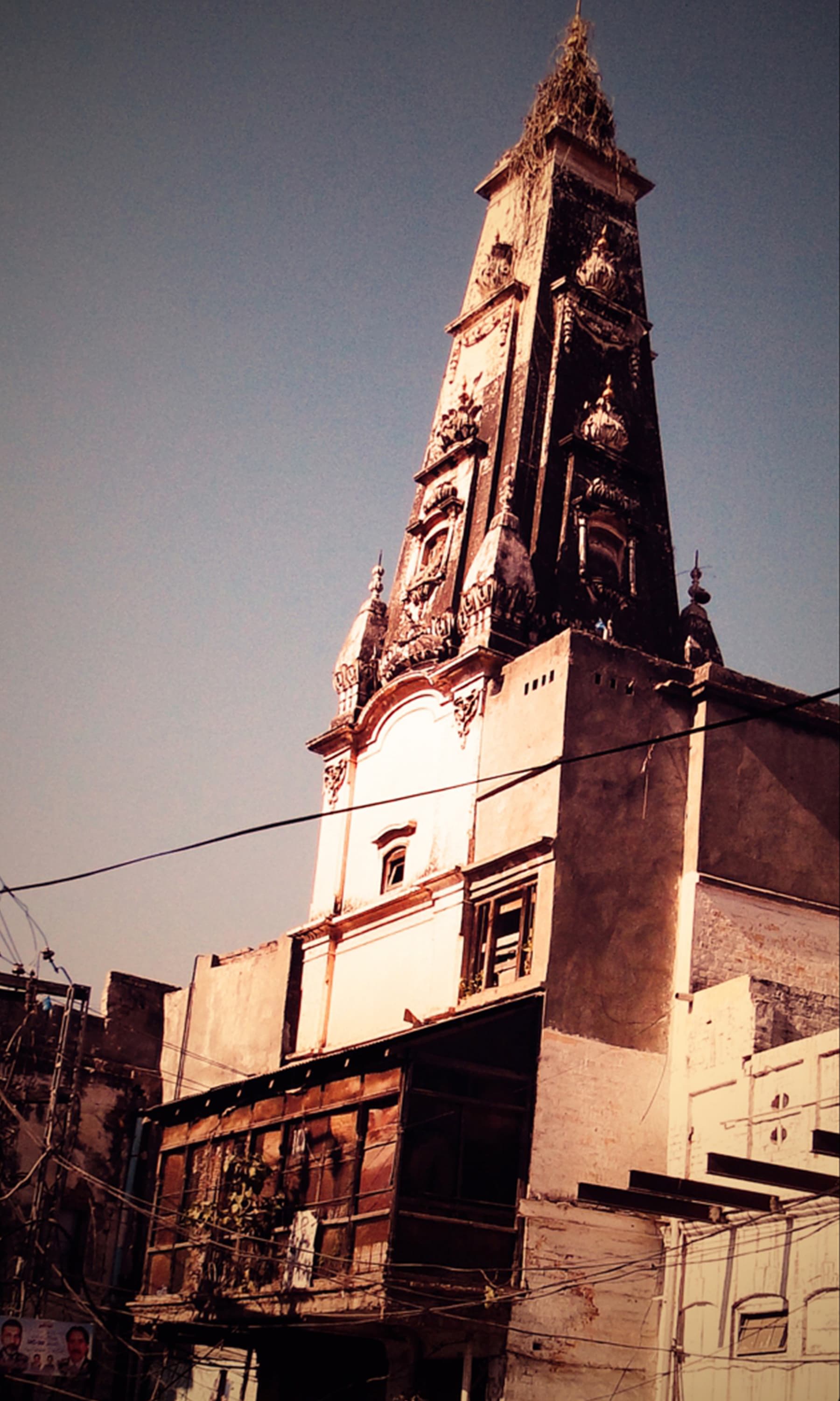 Several other mandirs of the city are in shambles. Most inside the city have become houses or been made parts of schools or universities, while others lie in complete neglect. According to the locals, these temples are not more than 150 years old.

These mandirs; those which have vanished under the expanding city or those which are left crumbling, seek recognition from the city that once owned them, and from the people that have their past attached to it.

According to some reports, recently, a project was planned by UNESCO to renovate the temples in Rawalpindi and to declare these assets as regional heritage. Whether or not that will happen still remains a question. 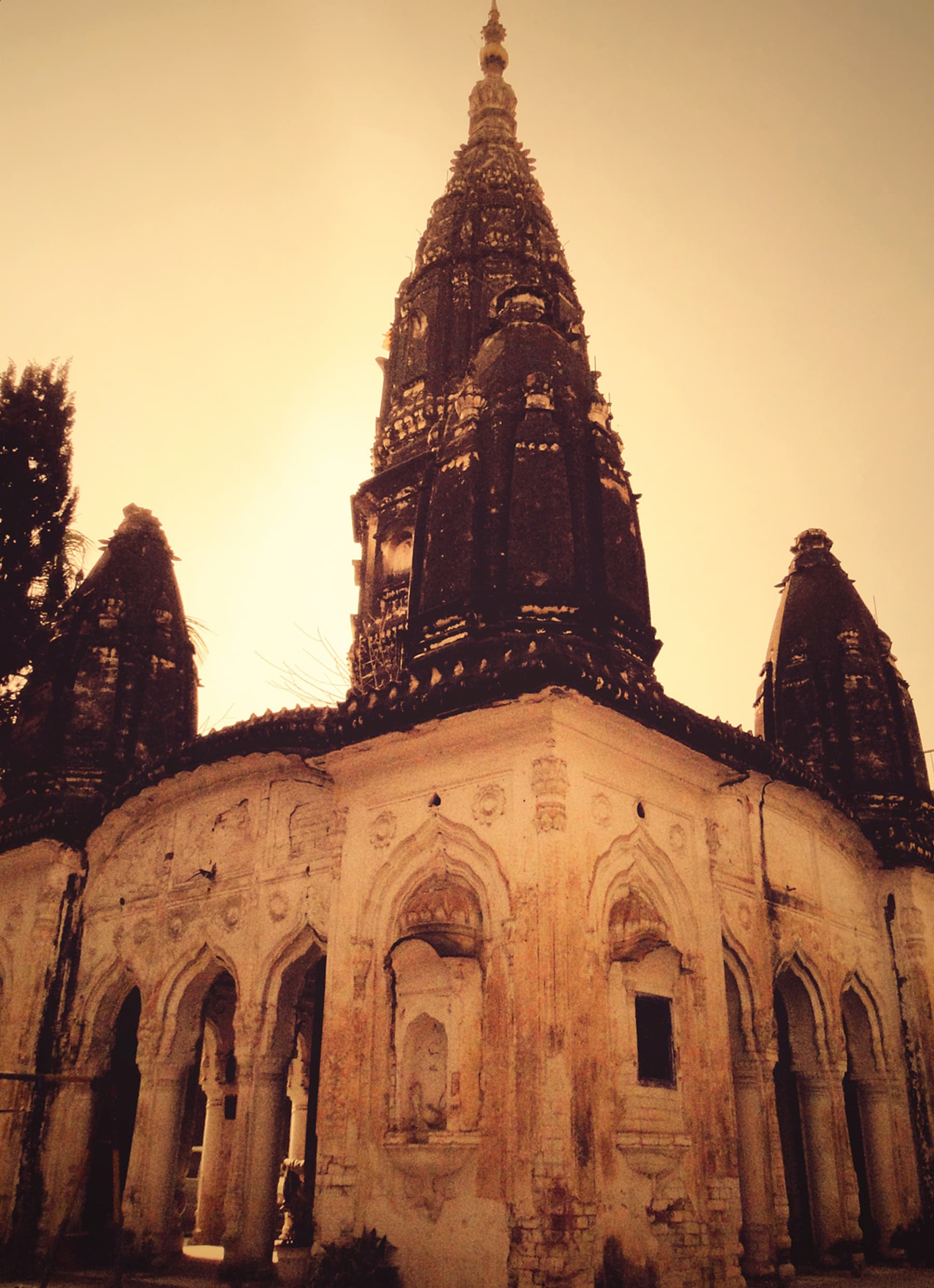 As the sun sets, the mandirs fade into the darkness, overshadowed by the past and drowned in the raucous buzz of city life. One wonders if they are ever going to come out of the shadows that surround them.

Rawalpindi has the potential to become the centre of regional heritage, if taken care of.

A city with a rich history and culture, it calls for recognition and consideration from its own people, before seeking it from anywhere else.