Contribute Now
Ad
In India, engineering is not just a profession. It’s a cult. Coaching for entrance examinations starts as early as  in Class VI. What started as a stereotype of a stable, secure career from the older generations is now driving the ambitions of the country’s youth to solve some of the world’s most pressing problems. More than 80% of Indian students continue to hold engineering as their preferred career choice and associate it with prestige and respect, a new report says.

According to the first survey commissioned across 10 countries by the Queen Elizabeth Prize for Engineering, Indians lead developing countries when it comes to positive perception about engineering in terms of the prestige it accords to the professionals as well as its ability to contribute to nation building.

The study collected responses from over 10,000 people across major centres of engineering such as the United Kingdom, United States of America, Brazil, South Africa, China and India among other countries. “Globalisation is changing things," NR Narayana Murthy, founder of Infosys is quoted as saying in the the study. "While much of the developed world continues to experience moderate interest in engineering careers, emerging economies are providing a new breeding ground for engineers”. 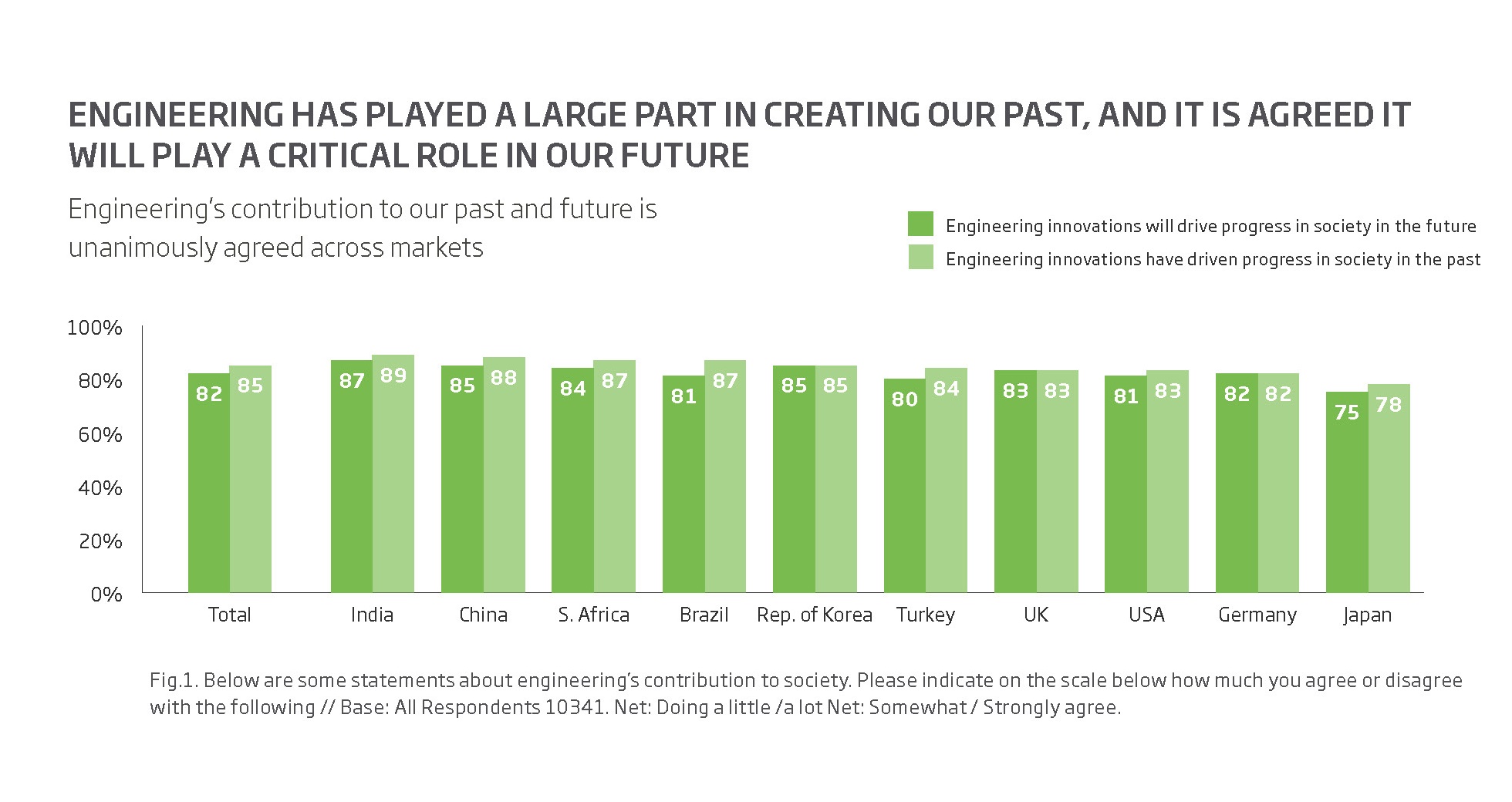 This was further revealed by the countrywide perception that engineering as a career that could solve problems both current and of future. As many as 85% of people in the survey responded favourably to the statement that engineering innovation will drive progress in future, while Indians were much more optimistic with 89% agreeing to the same.

The positive perception of engineering as a profitable and even a prestigious career option is even more pronounced in India where it was ranked at the third place after doctors and scientists – 37% of Indians felt that engineering is a prestigious profession as opposed to 30% of the people in the rest of the world. Even though Indians accorded high respect to medical practitioners as well as core science researchers, only 14% considered law to be a prestigious career.

However, Indians ranked Engineering at the second position as a career vital for economic growth and for its accessibility from 13 professions which included journalism, police, business leaders among others.

Not all, however, seems to be going well for Indian engineers as those inside and outside the profession expressed concerns about its prospects in the country. Two out of every three respondents in the country pointed out lack of public funding in engineering institutions while more than half of the respondents were of the opinion that it is a difficult profession to get into and get started in. 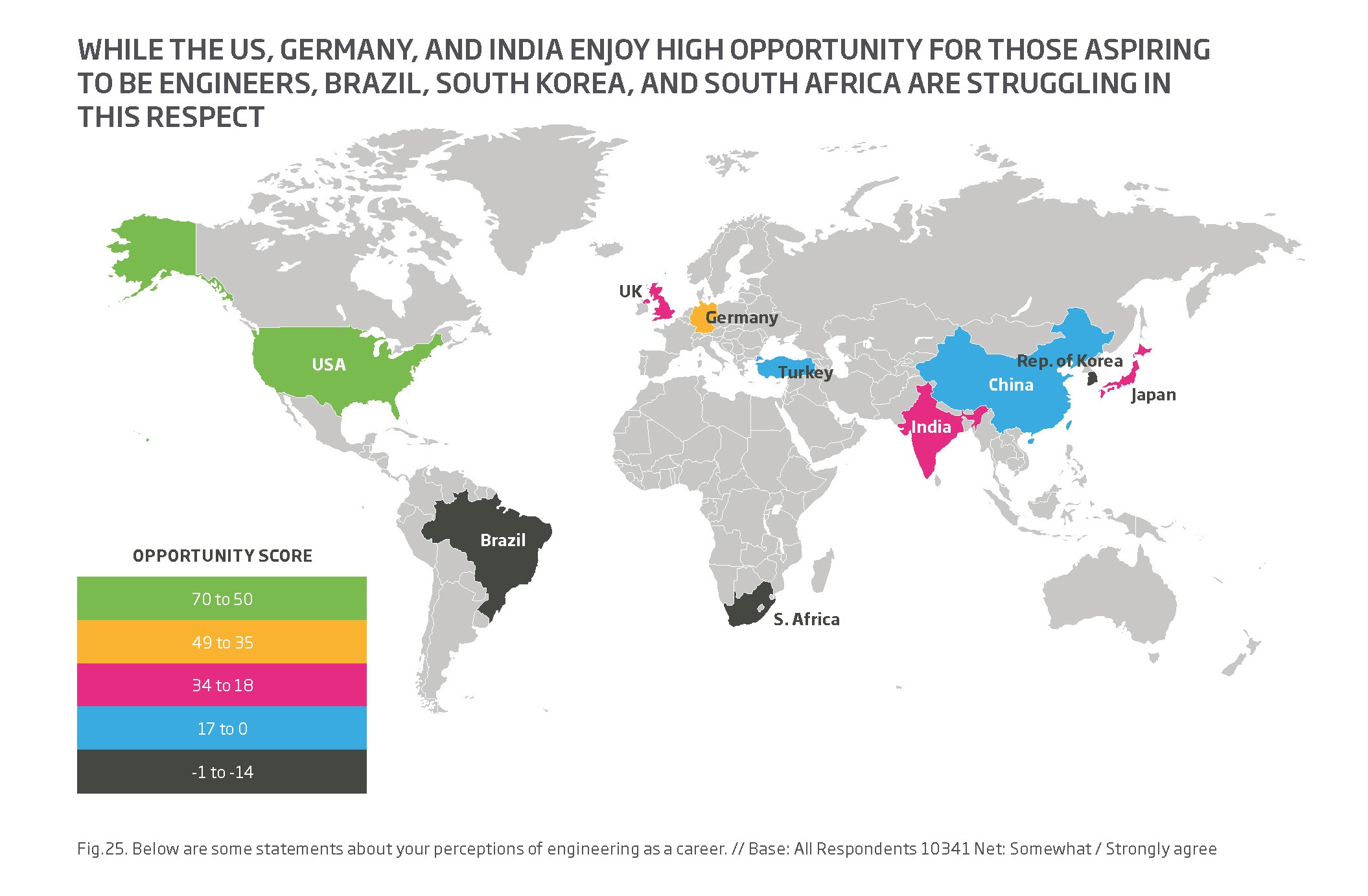 Engineering around the world, however, is facing stiff competition from students opting for core-science subjects. This presumably is one of the reasons why engineering was perceived to be “undervalued” as a profession by respondents across the 10 countries participating in the survey.

“The engineering profession still struggles to communicate the details of what it does as broadly and as accessibly as it must and seems ill-served by being badged as the “E” within STEM [Science, Technology, Engineering, Math],” an expert was quoted as saying in the report.

A particular bright spot that emerged from the report, however, was the fact that India has outperformed its peers in getting more women interested in engineering as a career. As a result, more than 79% of Indian women were keen on becoming engineers compared to a lowly 43% average for the rest of the world. 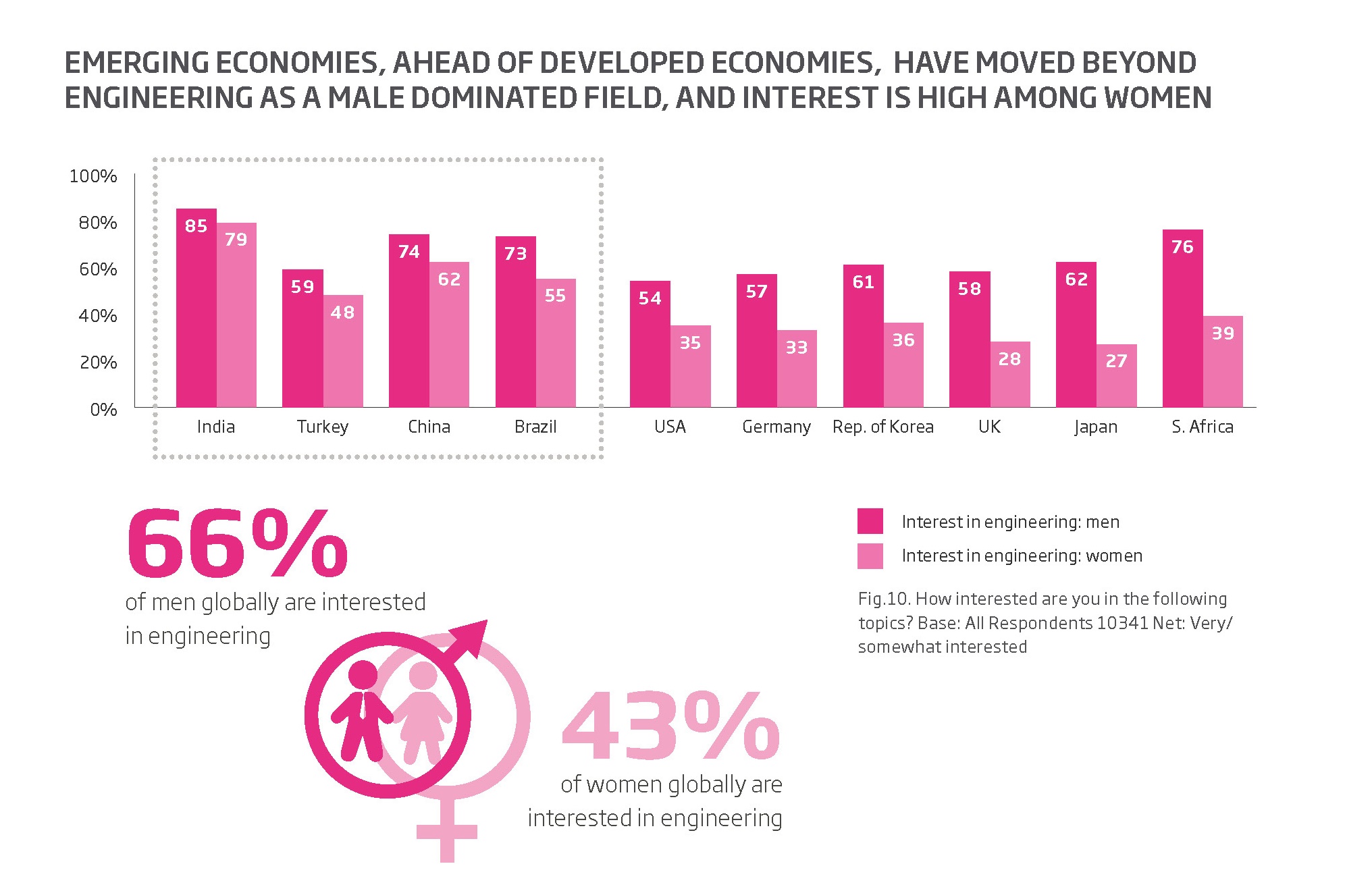 Here, India performed even better than China where only 62 percent of women showed interest while USA lagged behind with just one third of its women respondents displaying interest in pursuing the profession.

Another place where India stands out from the rest of the countries is in the motivation for engineers here. Emerging economies perceived engineering to be more profit driven than by purpose. In India, this number was at its highest with 45% agreeing that it is the money that drives innovation while only 30% people felt it is driven by purpose. 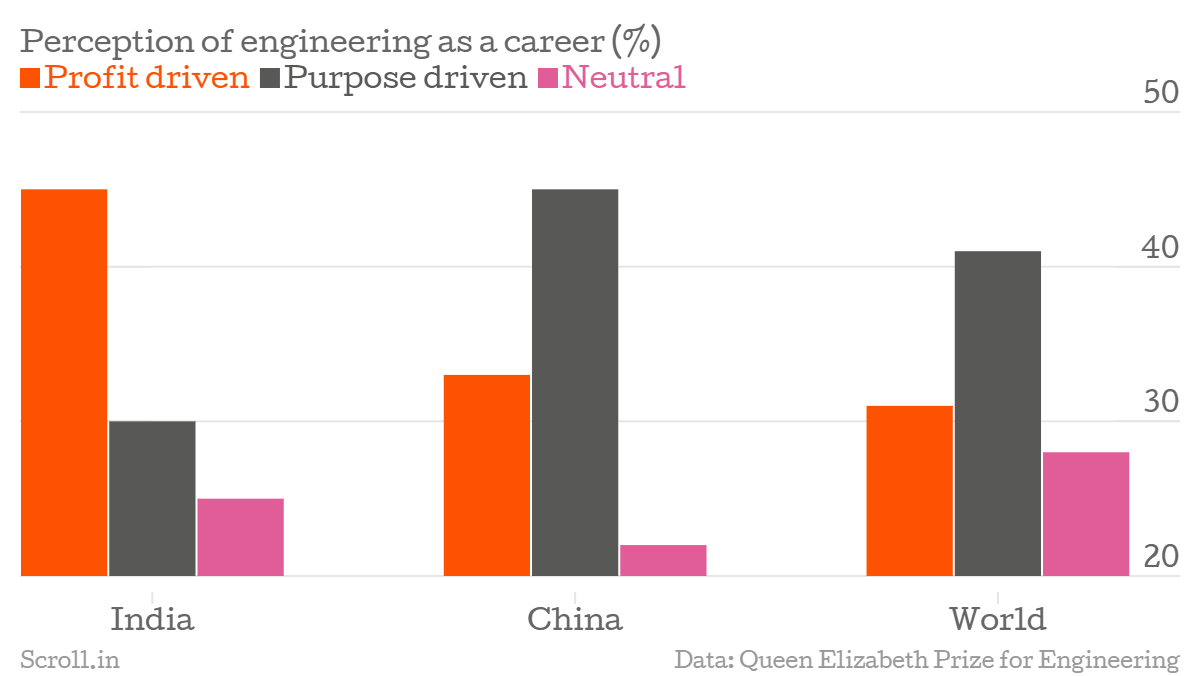 Across all countries, however, 41% took the side of purpose being the driving force of engineering innovation.