Become a Member
Ad
Tamil director Vetrimaaran’s latest movie Visaranai follows four labourers from Tamil Nadu who have travelled to Guntur in neighbouring Andhra Pradesh for low-paying jobs. Three of them are swept off the streets by a police van looking for suspects in a high-profile robbery, and because they are suitable as well as disposable, nobody seems to care about what happens to them in the lock-up.

What does happen is painfully realistic: attempts at forcing out a confession through torture and mind games, and reverse-engineered investigations just so that the file can be closed. The custodial thrashings are relentless in both sound and image: when the victims are pulped over and over again, their cries shudder deep somewhere inside the soul.

Upto a point, the movie appears to feed the parochial belief that Andhra Pradesh is a terrible place for Tamilians. But the movie goes into another direction when it returns to Tamil Nadu. Here, the minions find an even larger racket in place. There is a second interrogation sequence, and this one has greater ramifications than the first. Visaranai opens out into an expose of high-level corruption in the police ranks. A keen awareness of caste configurations in the police force is tucked away into its genre elements (the last honest officer standing, played by director and occasional actor Samuthirakani; political parties jockeying for influence; inter-department rivalry). Might the minions be Dalits, for instance, whose marginalisation makes it easy for them to be used as cannon fodder? Is Samuthirakani’s character Muthuvel, a loyal foot soldier, given the job of cleaning up the mess created by his superiors because of his caste background?  Visaranai leaves the questions open to interpretation.

Vetrimaaran has previously directed Polladhavan (2007) and the National Award-winning Aadukalam (2011), both of which star Dhanush. He based part of the plot of Visaranai on Lock-up. The fictionalised memoir has been written by Chandrakumar, an auto driver from Coimbatore, and narrates his own experience of being jailed and tortured. Vetrimaaran used Lock-up as a platform from which to dive into corruption in the police force and the manner in which they bend the law to protect their political patrons.

“The first part of the film is from the novel, while the rest is based on real-life events that most of us would have read in newspapers,” said the director during a visit to Mumbai. Visaranai was one of the films in the Indian Competition section at the Jio MAMI Mumbai Film Festival. It was premiered in September in the Competition section of the Venice International Film Festival (the first Tamil film to do so), where it won an award from the Italian chapter of the human rights group Amnesty International.

The novel Lock-up attracted the filmmaker because of “the truth it dealt with”. Said 40-year-old Vetrimaaran, “Lock-up is about an individual’s protest against a system over which he can never win,” said the 40-year-old director. Many viewers will avert their eyes from the custodial assaults, but the novel has much, much more. “Only 40% of what is in the book is there in the film,” he said. “The details are so disturbing that you are scared to even think of visualising them.”

Prison life has inspired countless movies over the years. Such films as Midnight Express, Carandiru and A Prophet detail the inescapable violence that is a feature of life in jail. Visaranai’s Polish namesake, directed by Ryszard Bugajski, is a relentlessly harrowing account of a cabaret artist’s wrongful incarceration during the Stalinist-era regime and her refusal to sign a false confession and inform on her inmates.

Visaranai reveals that the brutality can begin in the holding room itself. The helplessness of the undertrials is absolute, best portrayed in the sequence in which a tyrannical police officer picks out Pandi (played by Attakathi Dinesh), who insists that he will not confess since he is innocent, and makes an example of him in front of his more willing cohorts.

The screenplay was written on the spot, and the spontaneity and element of surprise infused the custodial torture scenes. The actors cast as the victims didn’t quite know what the sequences in the lock-up would entail, Vetrimaaran said. “It was a boon to have these actors – they had immense trust in me and my judgement,” he said. “None of them asked me about what film I was making. I didn’t have a screenplay but just three points – these people come from Tamil Nadu to Andhra Pradesh, they witness a politically motivated crime, and they are compromised. I told Dinesh that I was going to strip him, tie him and hang him upside down, and only then did he ask me what kind of film I was making.”

Songs have been a key element in the make-up of Vetrimaaran’s previous films, but Visaranai doesn’t have a single one. “I find songs to be an integral part of the Indian psyche and not just as songs – they are very important tools to tell a story,” the director said. One of the high points of the Madurai-set Aadukalam is the song Otha Sollala, in which Dhanush’s slum dweller announces his newfound love by dancing with abandon around the city.

“Scripts are like prose, where you need to be logical, whereas songs are like poetry, where you have the licence and liberty to explore a wider range of narrative techniques,” Vetrimaaran said. “But this movie needed neither songs nor a background narrative.” What it did need was sonic proof of the agony suffered by the three victims. “I wanted the sound design, the beatings and screams, to disturb the viewer,” Vetrimaaran said. “This was the toughest part of the dubbing, and it was very tiring for the actors to keep screaming, but I needed their pain to be there.”

Visaranai wasn’t meant to be a festival film. Vetrimaaran shot in August in 2014 and wanted to release the movie at the earliest before he was tapped for a premiere at the Venice film festival. “I am gaining a bad reputation of taking too long to release films, and I wanted to break the spell and start making films faster,” he said. He hopes to release the film in December.

The narrative is confined to four main locations – two police stations in Guntur and Chennai each, a court room, and the swamp that features in the climax. Vetrimaaran trimmed out sequences in which the back stories of the main characters are revealed in the final edit. “I had shot some scenes, but I took them all out since I wanted everything to be very simple,” he said. “Those boys could be anybody.”

In between making his own films, Vetrimaaran is also a producer. His company, Grassroot Films, has teamed up with Dhanush’s Wunderbar Films to produce M Manikandan’s delightful Kaakkaa Muttai (Crow’s Egg), which follows the attempts of two children from a Chennai slum to eat pizza. Distributed by Fox Star Studios, Kaakkaa Muttai had a healthy run in Tamil Nadu – proof that the state has a cine-going public that is alive to different kinds of stories and narrative treatments. Grassroot Films will be producing three more titles, including Annanukku Jai, directed by Rajkumar and starring Attakathi Dinesh.

Vetrimaaran is also trying to complete his Master of Arts degree in English Literature, which he abandoned in the last semester in 1999 to assist celebrated Tamil director Balu Mahendra. “I am still trying to finish my MA, and meanwhile, a university wants to give me a doctorate,” Vetrimaaran said. He might need to brush up his knowledge of legal issues too, since Visaranai is the kind of movie that will resonate as much with activists against custodial torture as with fans of thrillers. “After the film’s release, people are going to talk about human rights, and I need to equip myself,” the director said. 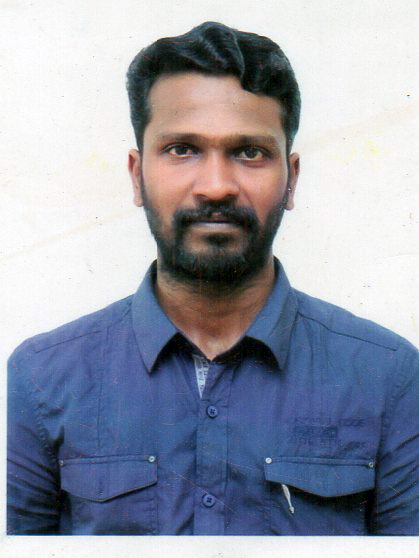