Contribute Now
Ad
Around 2 pm on Sunday, a sheet of paper was passed on to Nitish Kumar. The Grand Alliance was leading in 119 seats and had won 52 seats, a member of Kumar's staff had jotted down. It was poised to be a landslide victory and the celebrations on the road outside Kumar's house had reached fever-pitch.

But Kumar isn't given to exuberance. Even though he could not stop smiling, the leader of the Janata Dal (United) remained measured and cautious. "Jab 122 pahuch jaye tab bataiyega," he said, provoking laughter among the crowd of supporters and journalists that had come to congratulate him. When the number touches 122, let me know.

Like always, the twice-elected chief minister of Bihar was dressed modestly. The sleeves of his plain white kurta were folded, with a modest wrist watch and a pen in the pocket as the only accessories.

The two phones placed on a table next to him were ringing incessantly. In addition, there were calls pouring on his team's mobile phones.

"It's the Kerala chief minister," said Prashant Kishor, the young strategist credited with running Kumar's election campaign with technological savvy. Now seated next to him, he passed him his silver iPhone.

As Kumar attended Oomen Chandy's call, which lasted not longer than a minute, he slipped his feet out of the brown leather chappals and raised them slightly. The nearly two-month-long election campaign had been long and exhausting – Kumar had addressed more than 200 rallies.

Some would argue that the campaign actually began much earlier – the day Kumar faced a humiliating defeat at the hands of Narendra Modi. In the Lok Sabha elections of 2014, the Modi wave that swept the Hindi heartland had reduced Kumar's party to 15.8% of the vote share and just two seats. Before the day ended, Kumar called Lalu Prasad Yadav of the Rashtriya Janata Dal, an ally in the early years in politics, later his main opponent. "Lalu's wife and daughter had lost the elections, and he [Kumar] called to commiserate with him [Yadav]," said a journalist familiar with the events. "That opened a channel of communication [between the two]. Both knew they had to get together, else they would be finished."

The Grand Alliance worked better than most people assumed it would. Some credit Kishor, who came to enjoy the trust of both leaders, and ended up coordinating their efforts smoothly. He was seen as a neutral advisor who shared their aim of trouncing Modi. Kishor had earlier worked on the Modi campaign in the Lok Sabha polls but had subsequently fallen out with him. 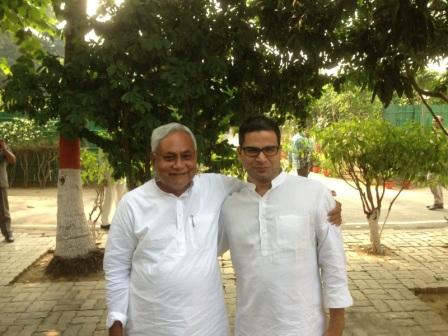 During the campaign, a member of Kumar's team had complained about the different styles of both the leaders. But in retrospect, it appears that instead of being a disadvantage for the alliance, this proved to be its strength. While Kumar played the role of the statesman, sticking to the theme of development, Yadav was the aggressive leader who fended off attacks from the Bharatiya Janata Party and mobilised support among backward castes and Muslims.

The victory was so resounding that it has even lifted the moribund Congress, which has won 27 seats.

More significantly, the RJD, reduced to a rump by two successive assembly defeats, now stands resurrected. The party has won 80 seats, nine more than the JD (U). But such is the strength of the Grand Alliance that even a group of young and brash Yadav boys celebrating outside Lalu's residence did not fall for the bait when asked if their party deserved not just a greater share of ministerial berths, but even the chief ministership. "When Lalu ji has said Nitish ji is the chief minister, where does this question arise?" said one of them.

It's one thing to win elections, but how would the Lalu-Nitish combination work in the government? "As long as the BJP is strong, they would pull together," said a senior journalist. A leader of the JD (U) pointed out that Yadav was no longer saddled with his brothers-in-law, who epitomised corruption and criminality in the 15 years that he and his wife ruled. Besides, there was competition among his children, and he would benefit from keeping the leadership question in his party in abeyance by having Kumar lead the government.

But the balance of power between the two parties would draw much scrutiny in the weeks to come. When journalists got messages of a press conference at Kumar's residence, they were quick to speculate whether or not Yadav would attend. Little did they know that before the press conference, Kumar would drive down to Yadav's residence for their first photo-op after the victory. The impromptu event at Yadav's house was chaotic, to put it mildly. Supporters stood on chairs and left many broken. 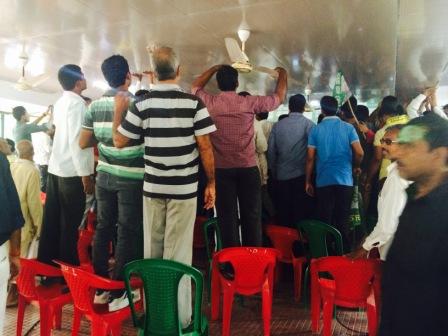 The official press conference of the Grand Alliance at Kumar's residence was far better organised. Yadav reiterated that Kumar is the leader of the alliance and would become the chief minister.

He took barbs at Modi, and spoke about spearheading a national campaign against the "kattarpanth" or fundamentalist politics of the BJP. "Hum Dilli pe chadai karenge. We will attack Delhi," he said. "But I'll first go to Benaras [Modi's constituency]... and build a campaign."

Since Kumar would have his hands full running Bihar, Yadav added, "Inko kam lekar jayenge. We won't take him away too often." 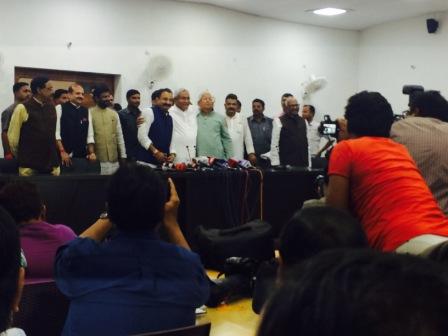 The official press conference of the grand alliance was held at Kumar's residence. Photo: Supriya Sharma.

But Kumar may not want to stay away from national politics. He is an ambitious politician who knows his stature has grown manifold with the Bihar verdict. He would now be looked upon as the natural leader of an anti-BJP alliance.

Earlier in the afternoon, a supporter had walked up to him and said: "This is a victory of your original thinking. You came up with the vision for Mahagathbandhan, and now look, you've shaken up the Delhi sultanate."

"Arre, itna fast mat hoiye," said Kumar, with a smile. Don't be in a rush.

But surely he knew that the verdict had tremendous national impact, I asked. How would he balance a larger role in national politics with the expectations of the people of Bihar? Waving his hand, he said, "It's too early for that…" 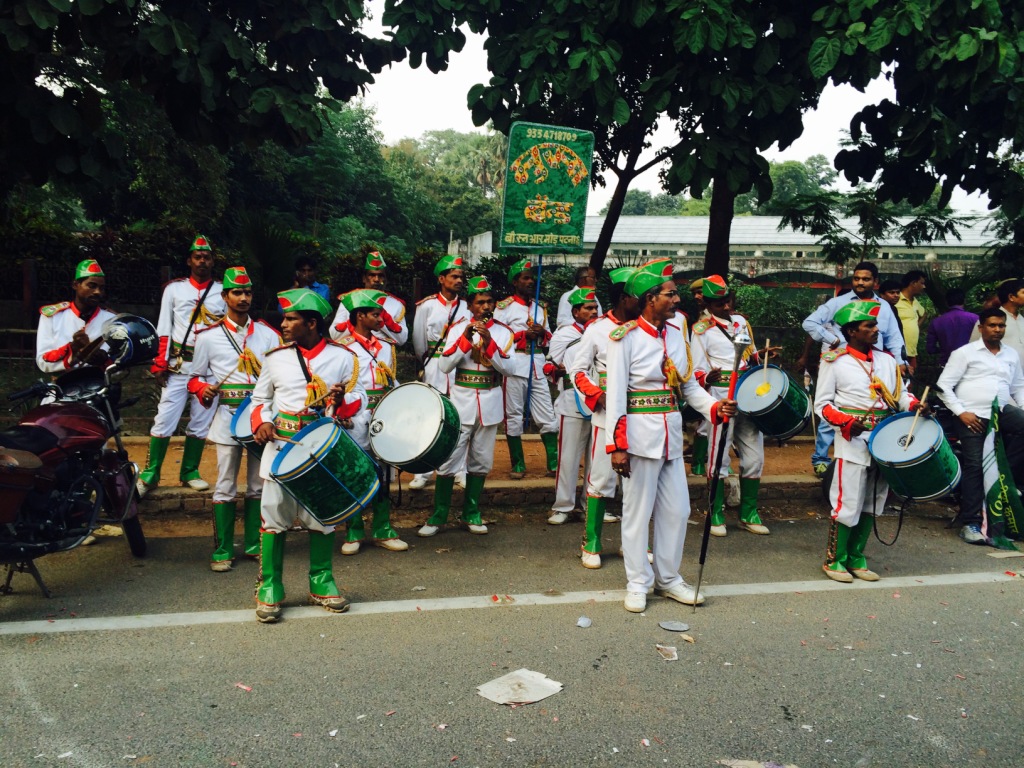