Nov 10, 2015 · 03:30 pm
Rafael Schacter, The Conversation
Street art – as well as its artistic forebear graffiti – are often thought of as radical, rebellious aesthetic practices. Both the artists and their works are portrayed as the very definition of “edgy”; dangerous and dissident, but also creative and avant-garde. Yet within the last five years or so, street art (and I use this term here in distinction to graffiti) has been commandeered by the corporate interests of the “creative city”.

The creative city doctrine is one in which public space is privatised and monetised – used as a simple means to an end. As imagined by superstar urban theorists such as Richard Florida, it is the role of city authorities to draw the emerging creative class to their sites. They must mark themselves out visually and recreationally, to entice the key demographic of well-educated professionals and “bohemians” (the coders, the designers, the “knowledge-based” professionals) who form the basis for a post-industrial economy.

From this perspective, the arts exist merely as a cog in the regenerative wheel, aimed at attracting and retaining these individuals so as to build wealth and develop cities. The movements and developments of contemporary art practice are here subordinated to the desires and objectives of urban planning policy: the development of the private sector takes priority over the development of the aesthetic or the social.

Rather than simply seeping into the mainstream art market (as the case with nearly all once-radical art), street art has been re-purposed to reel the creative class into particular urban spaces. Street art and street artists are today employed (quite literally) to accelerate the process of gentrification and mainline a sense of “authenticity” into a site.

This transformation is due, in part, to the steady rise of the street art festival. From Miami to Manilla, these festivals have given institutions a way to establish the ultimate delivery system for creative city policies. They make and market “place”, turning physical space into a branded commodity. The “edgy authenticity” of street art makes it the ideal fit for this task: it is just perfectly, marvellously edgy enough.

Much of the street art pumped out through the festival apparatus provides an aesthetic of transgression, while remaining perfectly numb to the social realities of its setting, treating public space like a blank canvas, rather than a site already loaded with cultural, historical and personal significance.

It appears political while in fact being perfectly non-partisan. It performs a charade of rebellion and insurgence, while being officially sanctioned by commission and invitation. It constructs the perfect “cool” conditions for the “bohemian” hubs that the creative city requires. Yet it has severed itself from its radical roots, not simply by selling itself, but (even worse) by selling a false notion of place.

Of course, I can gather that this may all sound a tad hyperbolic. After all, how offended can you really be by some intentionally inoffensive street art? Yet I argue that these festivals are not just a distribution point for innocuous, bland art: in fact, they are actively creating inequality within modern cities. 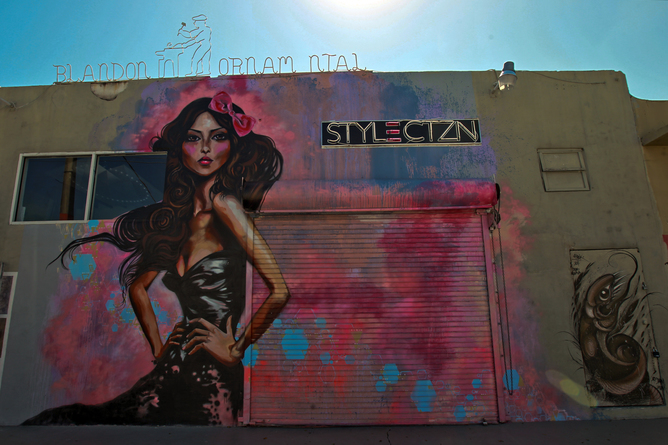 Take, as a prime example, the Wynwood Walls project in Miami – probably the most famous and widely-imitated of the thousands of street art festivals that exist today. Established in 2009 by the property tycoon Tony Goldman, Wynwood Walls is widely held to have turned a run-down neighbourhood into a location now famed as much for its nightlife as its art: an area where factories have been converted into galleries, and warehouses into clubs and bars.

But this success has come at the cost of the lives and homes of the local Puerto Rican community. What Goldman famously called “gentlefication” is, of course, nothing of the sort. The art of Wynwood is not only superficial – it is a practice of colonisation: artists arrive (responding to the call of capital), ignorant of local circumstances (and too apathetic to enquire), and create a vibrant veneer which removes any trace of the existing communities. 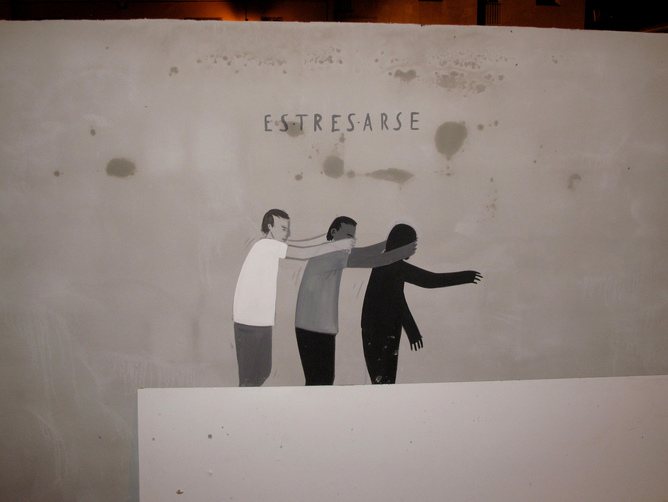 Talented contemporary artists such as E. B. Itso, Eltono and Escif are leading the way. Along with names such as Akay, Brad Downey and Timo Radya, they are finding creative ways to question and critique our environments, delve into the nature of our surroundings and reorder our streets and cities.

The festivals, the institutions supporting street art can still have role here – but only through supporting work which might not be liked: not everything needs to be pretty, and not everyone has to agree. There is beauty in witnessing different ways of being, in questioning your own morals and mores and in being exposed to people and practices which are radically different to oneself. Those who have the power to affect the appearance of our urban environments must embrace this beauty. It’s no easy task, but better an ugly truth than a beautiful lie.

Watch: This video perfectly captures the struggle of trying to find a house on rent in Mumbai