Become a Member
Ad
Veteran photojournalist Fawzan Husain’s coffee table book The Silver Screen and Beyond captures lives both reel and real. Three-fourths of the self-published book comprise photographs taken on the sets of various Hindi movies, while the rest considers how popular film culture has been integrated into work and recreational spaces. Hindi cinema is everywhere, Husain found during the 12 years that he spent on shooting the pictures that went into The Silver Screen and Beyond. The book covers 78 films, including the first one for which Husain took along his camera.

“I started with Govind Nihalani’s Dev in 2004,” said Husain, who has also published Between Bombay & Mumbai, a collection of images of the metropolis. “Govind wanted me to co-ordinate with the art director during the shooting of a riot to ensure authenticity to the scene and bring what I had seen during the 1992-'93 riots,” Husain added. “That is how I started shooting on the sets.” Husain got a different perspective on popular cinema from being on the production floor. “As a journalist, you get a prim and proper and organised view, but when you are a part of the sets, you can see Bollywood from a different perspective,” he said. 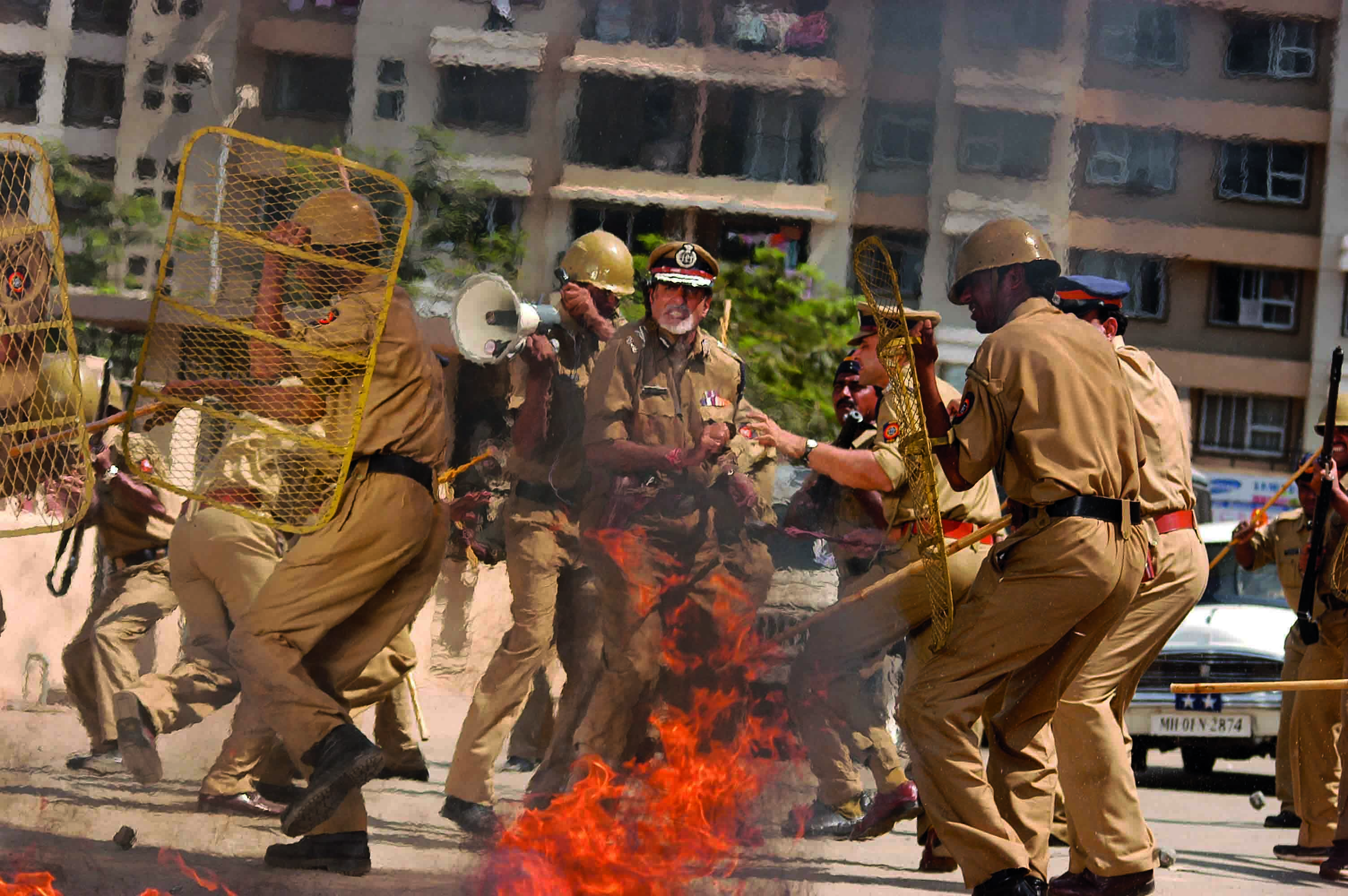 Amitabh Bachchan on the sets of Dev, directed by Govind Nihalani. 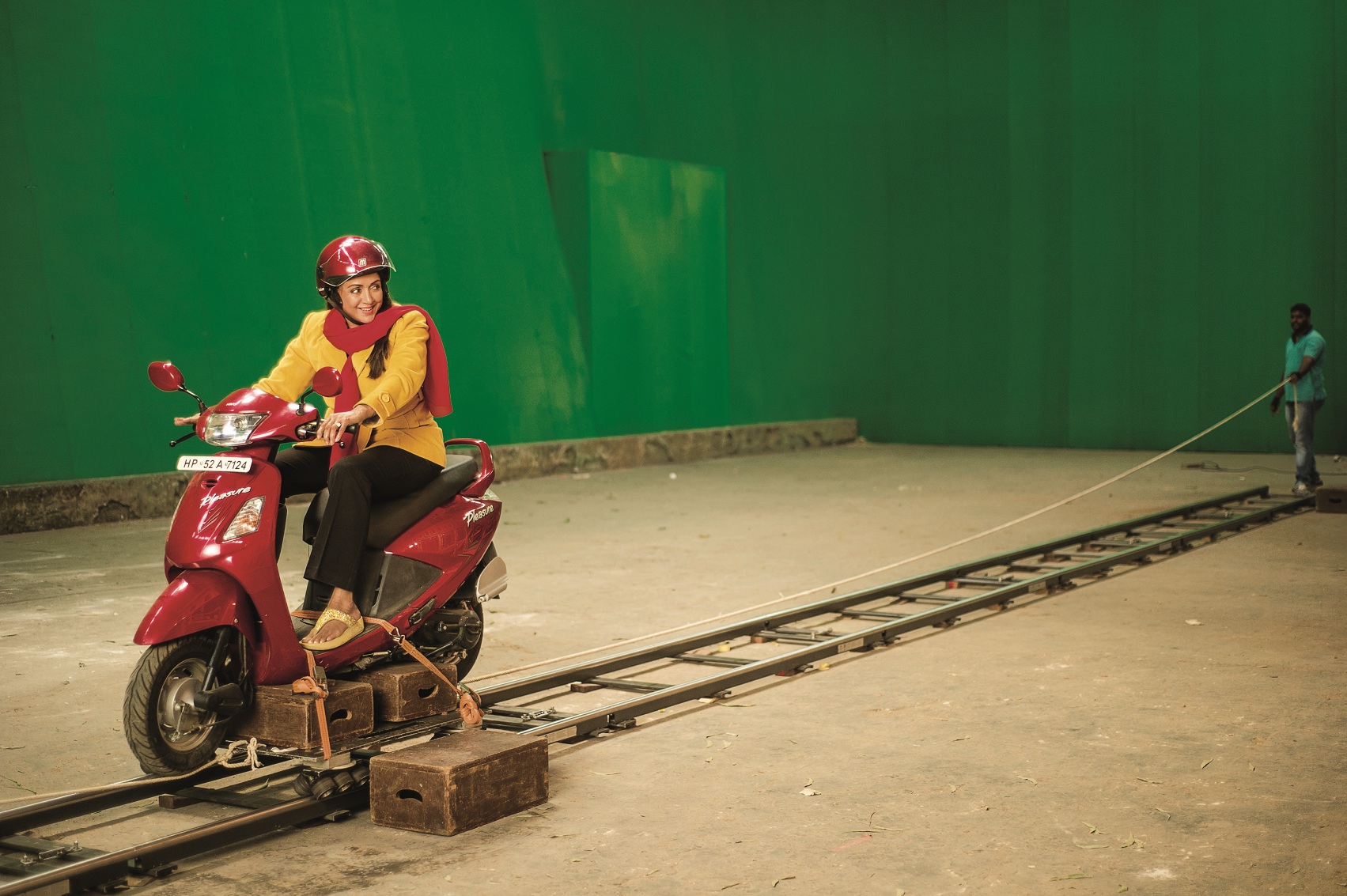 Hema Malini in Shimla Mirch, which marks Ramesh Sippy’s return as a director after 20 years. 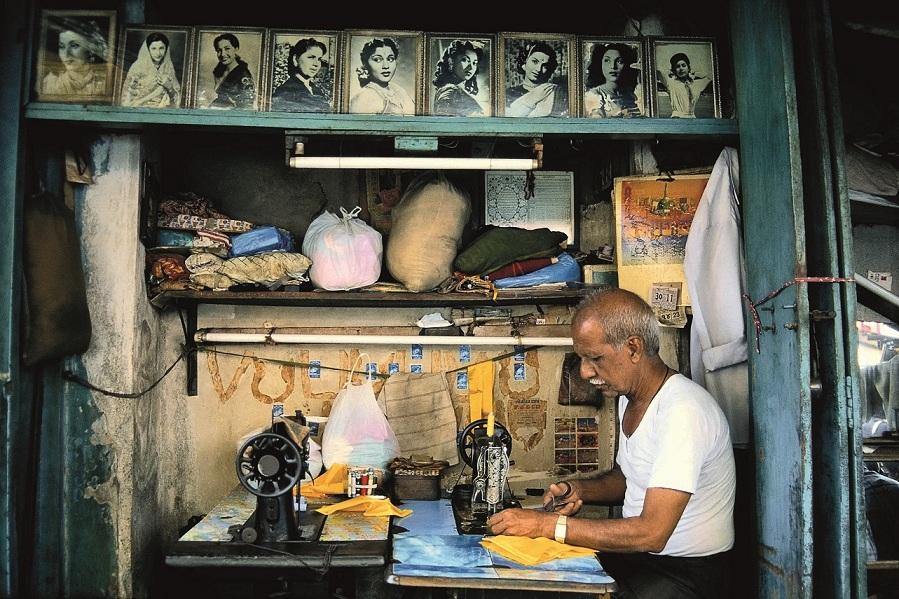 A tailor in Kamatipura in Mumbai works under the watchful eye of Hindi cinema’s leading ladies from the black-and-white era.

“When I started shooting for the book, I focused on the behind the scenes, but when I started looking around and travelling, I realised that there is so much Bollywood beyond the sets,” Husain said. “People do all kind of crazy things to remember their favourite stars.” 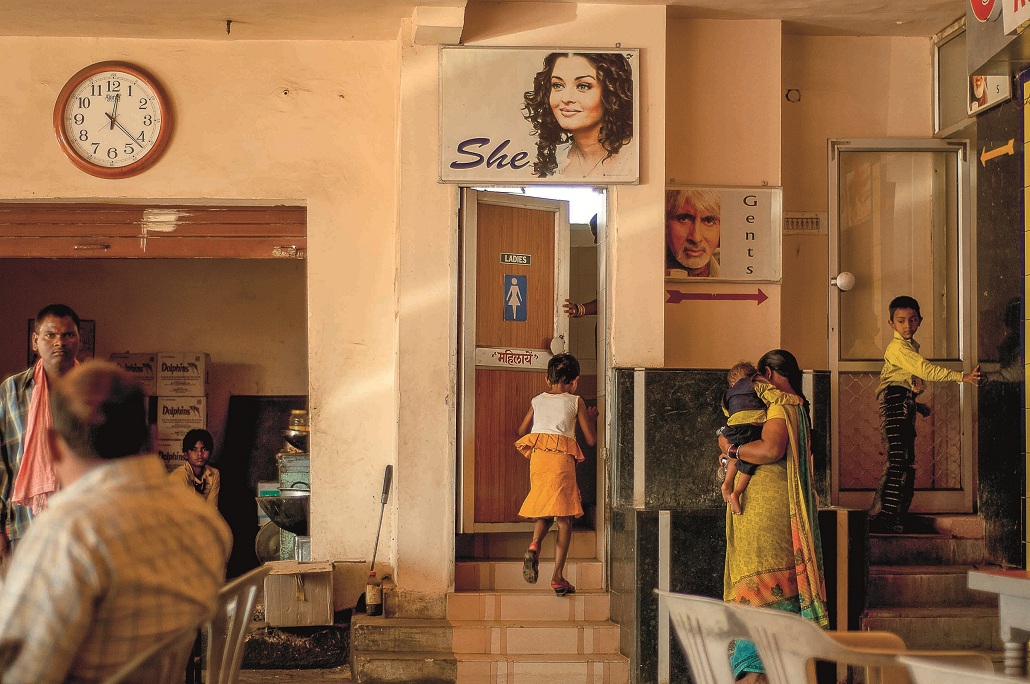 At a dhaba in Bastar, Aishwarya Rai Bachchan and Amitabh Bachchan are used to indicate men's and women's toilets. 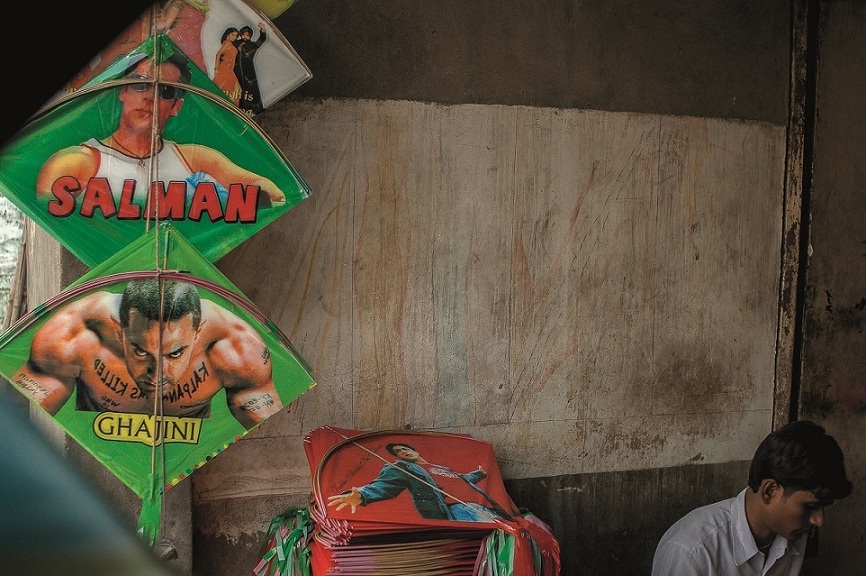 Star-studded kites for sale during Makar Sankranti in Ahmedabad.