In a letter to the Prime Minister, Swamy alleged that Gandhi had declared his nationality as British while filing the annual returns of Backops Limited, a private limited company registered in London in which he was a director and shareholder. Swamy specifically mentioned the annual returns filed in October 2005 and October 2006 and released the documents to back his claims. He called this a "violation of the law".

"As per Article 9 of the Indian Constitution every citizen of India is barred from voluntarily acquiring citizenship of any foreign State. ...Hence Mr Rahul Gandhi has prima facie committed an unconstitutional act and therefore liable to be stripped of his citizenship and membership of the Lok Sabha."

By evening, however, Congress put out a statement rubbishing Swamy's claims. The party released the certificate of incorporation of the company which showed that Gandhi had declared his nationality as Indian. In the statement, Congress spokesperson Randeep Singh Surjewala said:

"Frustrated by their humiliating defeat in Bihar elections and internal revolt brewing amongst the senior-most leadership, BJP’s dirty tricks department led by Shri Subramanian Swamy is resorting to petty and mindless mud-slinging. The sole purpose appears to be to divert attention from inner revolt and paralysis of policy and governance being questioned all around including the leadership of Prime Minister Narendra Modi."

Scroll.in has accessed the documents of the company filed with the Registrar of Companies of UK. Here is what the documents state over the years:

* The company was incorporated in Cardiff on August 21, 2003 by two directors, Rahul Gandhi and Ulrik McKnight. In the certificate of incorporation, Gandhi declared himself an Indian national. 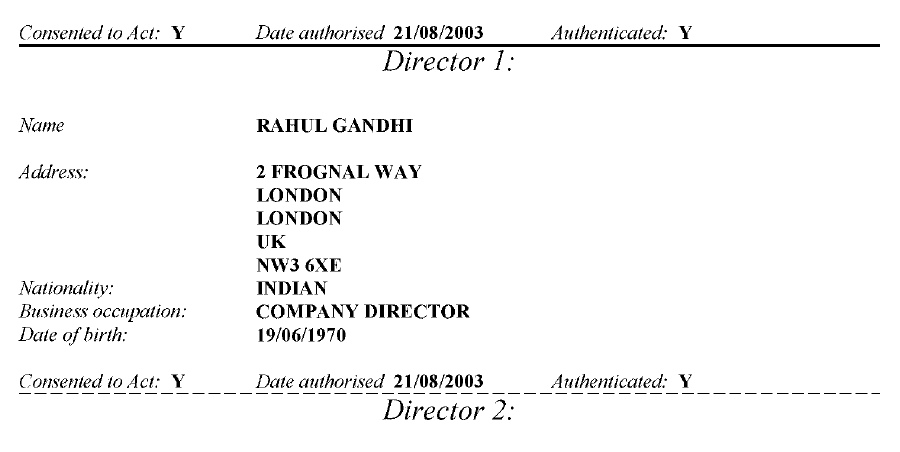 * According to the company's annual returns filed in October 2004, Gandhi held 65% stake in the company while McKnight held 35%. Here, Gandhi's nationality is stated as British, but it is struck through and corrected to Indian. 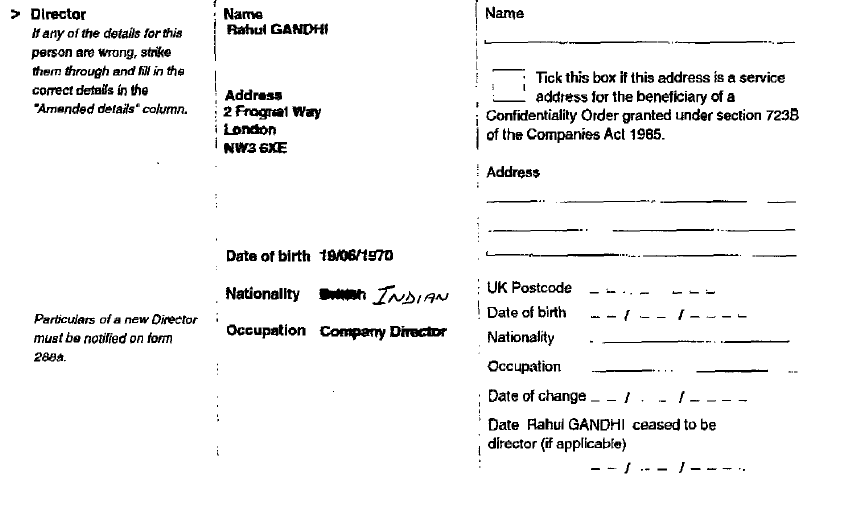 * The next year, the company's annual returns filed electronically in October 2005, however, state Gandhi's nationality as British.

* The same is repeated in the annual returns filed in October 2006, where again Gandhi's nationality is stated as British.

The Congress has not explained these discrepancies yet.

The company was dissolved on February 17, 2009. The annual returns for the years in between are not available.

Apart from focusing on Gandhi's nationality, in the letter to the Prime Minister, Swamy also said:

"No Member of Indian Parliament can incorporate a company abroad without prior permission under the existing laws and without declaring the same in his nomination form as candidate for election to Parliament."

Backops Limited was registered in August 2003, before Gandhi became an MP. He fought and won the Lok Sabha elections in May 2004. 64 shares in the company were allotted to him on August 21, 2004.

In his affidavit filed at the time of the election, however, he declared holding 83% shares in Backops Services Private Limited, which although sounds similar, is a different firm. It was incorporated in India in May 28, 2002, with Gandhi and his aide Manoj Muttu as its directors. 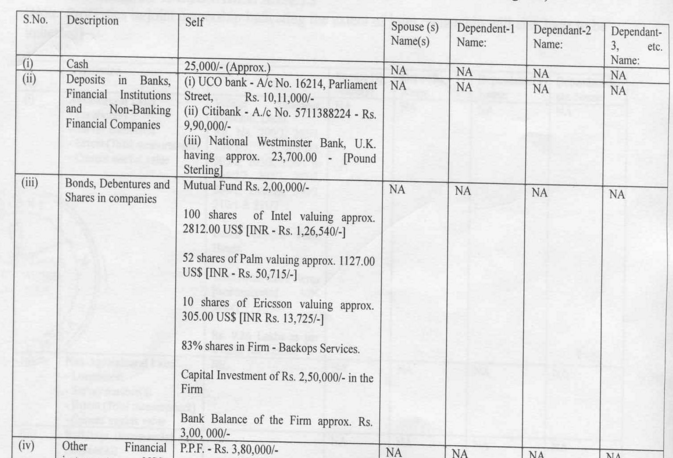 In an interview to Rediff.com in June 2004, Gandhi described Backops Services Private Limited as "a start-up with eight employees". The report quoted him as saying it was a call centre-like operation providing engineering detail and structural planning services to large overseas civil engineering firms.

Gandhi subsequently divested his shares in the firm in 2009, just before the Lok Sabha elections and around the time he dissolved Backops Limited in UK.

According to the last statutory filings made by Backops Services Private Limited, Priyanka Gandhi is the director of the firm, along with Muttu.

This story has been updated.