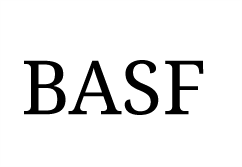 Food security is a pressing problem in India and in the world. According to the Food and Agriculture Organization of the UN (FAO), it is estimated that over 190 million people go hungry every day in the country.

The slow growth of agricultural production in India can be attributed to an inefficient rural transport system, lack of awareness about the treatment of crops, limited access to modern farming technology and the shrinking agricultural land due to urbanization. Add to that, an irregular monsoon and the fact that 63% of agricultural land is dependent on rainfall further increase the difficulties we face.

Despite these odds, there is huge potential for India to increase its agricultural productivity to meet the food requirements of its growing population.

The good news is that experience in India and other countries shows that the adoption of sustainable farming practices can increase both productivity and reduce ecological harm.

Sustainable agriculture techniques enable higher resource efficiency – they help produce greater agricultural output while using lesser land, water and energy, ensuring profitability for the farmer. These essentially include methods that, among other things, protect and enhance the crops and the soil, improve water absorption and use efficient seed treatments. While Indian farmers have traditionally followed these principles, new technology now makes them more effective.

For example, for soil enhancement, certified biodegradable mulch films are now available. A mulch film is a layer of protective material applied to soil to conserve moisture and fertility. Most mulch films used in agriculture today are made of polyethylene (PE), which has the unwanted overhead of disposal. It is a labour intensive and time-consuming process to remove the PE mulch film after usage. If not done, it affects soil quality and hence, crop yield. An independently certified biodegradable mulch film, on the other hand, is directly absorbed by the microorganisms in the soil. It conserves the soil properties, eliminates soil contamination, and saves the labor cost that comes with PE mulch films.

The other perpetual challenge for India’s farms is the availability of water. Many food crops like rice and sugarcane have a high-water requirement. In a country like India, where majority of the agricultural land is rain-fed, low rainfall years can wreak havoc for crops and cause a slew of other problems - a surge in crop prices and a reduction in access to essential food items. Again, Indian farmers have long experience in water conservation that can now be enhanced through technology.

Seeds can now be treated with enhancements that help them improve their root systems. This leads to more efficient water absorption.

In addition to soil and water management, the third big factor, better seed treatment, can also significantly improve crop health and boost productivity. These solutions include application of fungicides and insecticides that protect the seed from unwanted fungi and parasites that can damage crops or hinder growth, and increase productivity.

While sustainable agriculture through soil, water and seed management can increase crop yields, an efficient warehousing and distribution system is also necessary to ensure that the output reaches the consumers. According to a study by CIPHET, Indian government’s harvest-research body, up to 67 million tons of food get wasted every year — a quantity equivalent to that consumed by the entire state of Bihar in a year. Perishables, such as fruits and vegetables, end up rotting in store houses or during transportation due to pests, erratic weather and the lack of modern storage facilities. In fact, simply bringing down food wastage and increasing the efficiency in distribution alone can significantly help improve food security. Innovations such as special tarpaulins, that keep perishables cool during transit, and more efficient insulation solutions can reduce rotting and reduce energy usage in cold storage.

Thus, all three aspects — production, storage, and distribution — need to be optimized if India is to feed its ever-growing population.

One company working to drive increased sustainability down the entire agriculture value chain is BASF. For example, the company offers cutting edge seed treatments that protect crops from disease and provide plant health benefits such as enhanced vitality and better tolerance for stress and cold. In addition, BASF has developed a biodegradable mulch film from its ecovio® bioplastic that is certified compostable – meaning farmers can reap the benefits of better soil without risk of contamination or increased labor costs. These and more of the company’s innovations are helping farmers in India achieve higher and more sustainable yields.

Of course, products are only one part of the solution. The company also recognizes the importance of training farmers in sustainable farming practices and in the safe use of its products. To this end, BASF engaged in a widespread farmer outreach program called Samruddhi from 2007 to 2014. Their ‘Suraksha Hamesha’ (safety always) program reached over 23,000 farmers and 4,000 spray men across India in 2016 alone. In addition to training, the company also offers a ‘Sanrakshan® Kit’ to farmers that includes personal protection tools and equipment. All these efforts serve to spread awareness about the sustainable and responsible use of crop protection products – ensuring that farmers stay safe while producing good quality food.