This is my recreation of the classic Goan Catholic dish that is particularly popular in the southern part of the state. To the uninitiated, the dish can be confounding. One might wonder how the quintessentially French roulade made its way into a cuisine known for its Portuguese influence. This is because the Portuguese high society was once impressed and influenced by the French ways. The cuisine picked up certain French influences, too. The roulade, prepared only for exclusive parties, was one such dish. 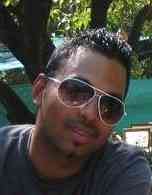 Over the past 18 years, Chef Gracian de Souza has worked in several prominent kitchens around the world. He was the Executive Chef at the Swedish design hotel Svenska, before opening, and ran its F&B segment, which included restaurants Mesa and Miro as well as their banquets and in-room dinning. He later headed Impresario’s standalone restaurant The Tasting Room. Gracian also opened the Goan-Portuguese restaurant Porto & Poie in Juhu, Mumbai, that served traditional dishes cooked with modern finesse. He currently works as a culinary consultant.