The caramelised chocolate and cream mixture tends to be quite sweet, so feel free to increase the amount of salt, according to your preference. 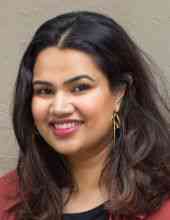