Contribute Now
Ad
Every mega city needs that one icon, a sharply defining symbol. Think Sydney, New York or London and we think of the Opera House, the Statue of Liberty or the London Eye. Dubai has the Burj Khalifa and San Francisco its Golden Gate. 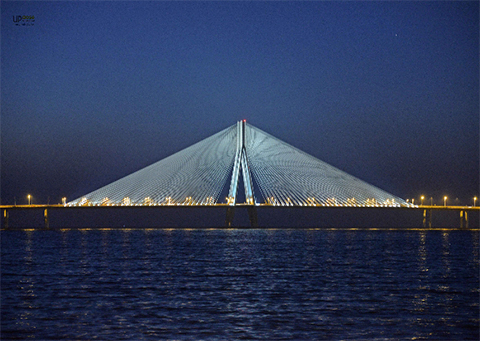 The Bandra-Worli Sea Link against the night sky.

What’s central to all these landmarks, as the designer of the Burj Khalifa remarked, is that they need to be recognised in a glance and can be replicated as a sketch or a graphic using the minimum of  strokes. Since it was inaugurated in 2009, the Bandra-Worli Sea Link has become Mumbai's icon. An elegant cable-stayed structure that spans the Mahim Bay, it frames a sweeping vista that encompasses the curve of the Bandra, Mahim, Prabhadevi and Worli sea fronts.

Like the Golden Gate Bridge, this structure is a photographer’s delight given that it can be captured from a variety of locations and that it changes colours and moods with the time of the day. But what is truly fascinating is that each of the places that offers the best views of this structure has a fort to view it from. The Sea Link not only connects physical locations, it also connects moments in the city's history.

I've shot these pictures over the five years in which the bridge has been in operation, during different seasons and at various times of day.

As the Sea Link lumbers off the ground in one sweeping curve, almost like a jetliner off the runway, it is best captured from the Castella de Aguada, a Portuguese fort that once guarded the Mahim Bay. Here it vanishes into the wintery morning smog. Early morning strollers perch themselves on the low walls of the fort and contemplate the views. 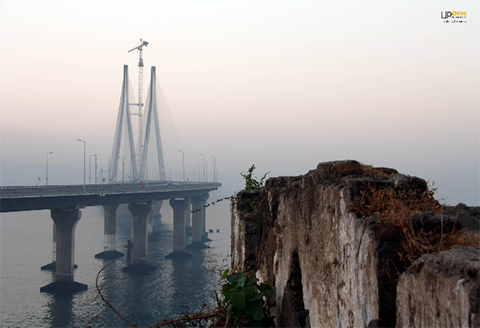 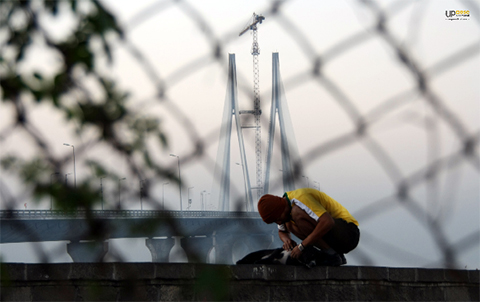 The view from Bandra Fort.

In October 2013, in support of the Breast Cancer awareness week, the bridge was to turn pink for 15 minutes each day for the month. Trudging through the sewage discharge from the slums that crowded the remnants of the Mahim Fort, I made it to the water’s edge. It was an electrifying moment as the cables turned into pink and glowed against the inky darkness beyond. I had reached an hour earlier to scout for the best location. One of the pictures captures the sky changing colour as the suns slips below the horizon. 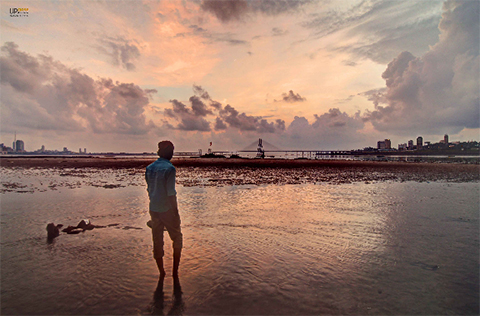 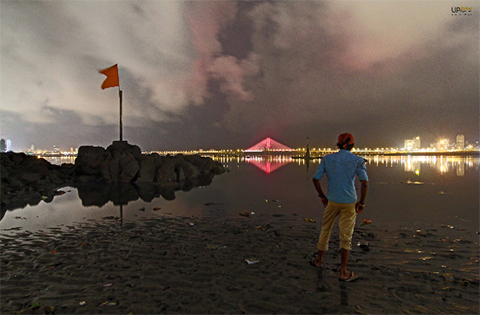 The bridge lights up to mark Breast Cancer awareness week.

At this location, the bridge is parallel to the sea front and can be viewed head-on through an the oversized replica of the Sanchi Stupa gateway. On a sliver of sand here called Dadar Chowpatty, children squeal on inflatable rubber trampolines, and Prince, Shahrukh and Mushtaq swish their tails and pull their pony carts filled with amorous couples. All three cable-stayed spans can be viewed in the same frame and as darkness sets in, the cables start to glow with increasing intensity till they finally look like a dazzling surreal pyramid of light. 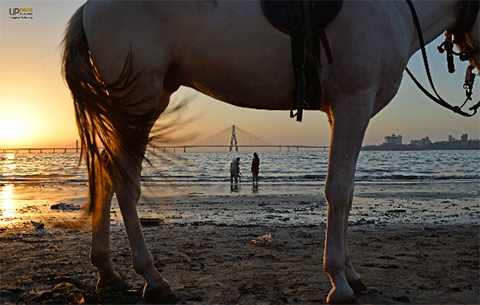 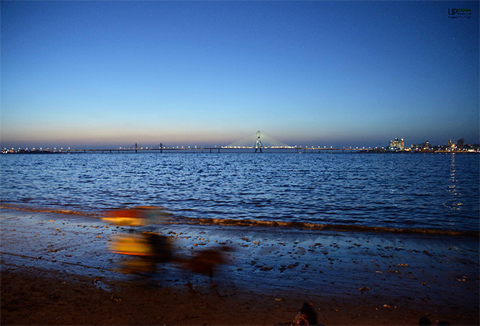 The Sea Link frames the sea.

Just past Worli village, the bridge finally makes landfall near another fort. The bridge is so close that at low tide you could walk under it. I checked the tide timings and was there at 12:31 in the afternoon. Clambering over the rough sea wall, I made my way to the sound of a brass band practising the Indian National anthem. From here you can understand the sheer size and scale of the structure. It towers over you, the pillars drilled deep into bedrock. 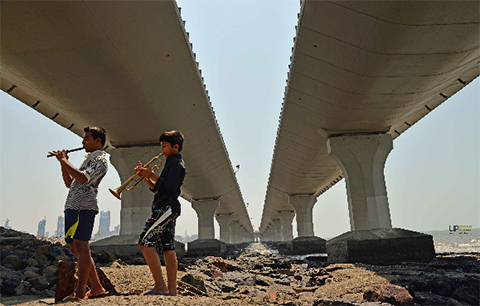 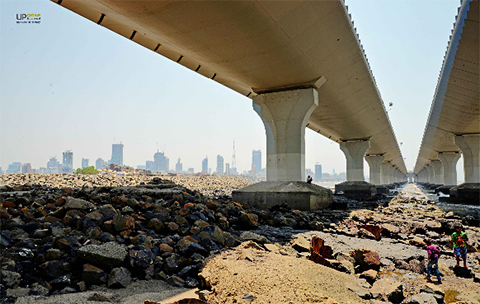 The bridge dwarfs you when you're underneath it.

It’s not easy to take a picture from the bridge itself. You need to be chauffeured, while you perch in the back seat with your body halfway out of the speeding vehicle. You can see the hazy skyline through the cables that blur past you as sharply triangulated spaces. 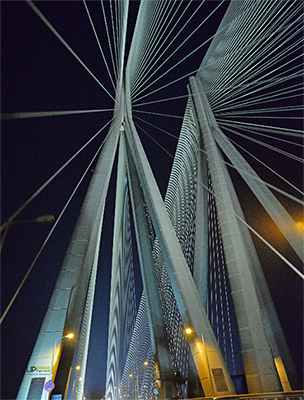 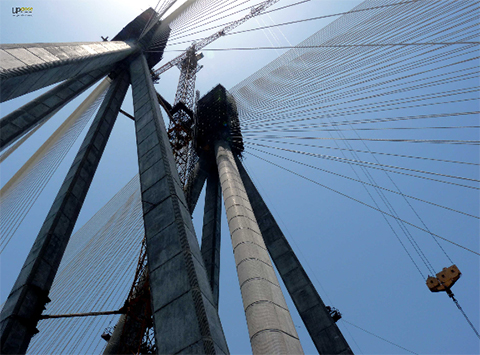 Captured while zooming along the length of the bridge.

‘He was the Google of Mumbai’: Foy Nissen’s photos reveal his intimate relationship with the city