Contribute Now
Ad
When Kabir Thakore first gave a script to the students from Ahmedabad's HL College of Commerce last year, he decided not to tell the students about the subject of the play. “I wanted the students to ask questions on their own, to live the story through the characters,” Thakore said.

An architect by profession, Thakore takes a few months off each year to write and direct plays. Thakore’s Gujarati play Tale of Tears, co-written with Paresh Vyas, centres on Anahita, a young woman who dreams of becoming an advocate in Gujarat. She achieves this goal, much to her father’s delight, but her life changes dramatically in late 2002 when her father is accused of leading a mob and raping women during the Gujarat riots. Anahita vows to defend her father from this smear attack, which she blames on NGOs. However in the process of preparing his defence, Anahita realises that her father is actually guilty of the charges.

I have been thinking about the play, and the conversations I had with the cast, ever since I read Ashutosh Varshney ask, “What will bury the ghosts of the 2002 Gujarat riots that so disproportionately hurt the Muslims?”

On the second night of the play in Ahmedabad in January, Thakore invited me backstage to interview the cast members. That evening remains perhaps my most moving experience during my three years in Ahmedabad and it helped me understand why the wounds of the 2002 riots have not yet healed.

Thakore introduced me to the cast with just one line: “Zahir was here in 2002.” It was not the introduction I would have liked since my purpose that night was to interview them.

“I was just eight when the riots happened,” one of the cast members said. “All I remember is that we had time off school. Can you tell us what happened?”

We sat in the green room at the Natrani theater on the banks of the Sabarmati river. Over several cups of chai, the cast told me how the play made them re-examine Ahmedabad. Most of the cast were in their late teens and early twenties during last year’s performance, and almost all were first-time actors. When they began reading the script, one person said she was shocked. “I knew about the riots but I did not know it was like this. I did not know about the rapes or the relief camps,” she said.

Other cast members said when they read the script, they were filled with questions but did not know where to turn. "I kept asking Kabir sir — did this really happen? But he never gave us the answer. He told us to explore this subject on our own. So I started Googling the phrase ‘Gujarat riots’ and I think that is the goal of this play: we want audiences to Google ‘Gujarat riots’ after they see our performance,” another cast member said.

My hope in meeting them that night was to write a story about them but mostly the questions kept being directed at me. “What was it like during the riots?” the cast members kept asking.

I remember it all, I said: the mobs walking on my street on February 28, 2002, carrying trishuls; the broken faces I met in the relief camps days of people who watched their relatives burned alive. I remember attending birthday celebrations with my Hindu host family in one part of Ahmedabad as Muslims burned in another part. Some days, I told the cast, I was scared, but on many more occasions, I was confused. It was the public spectre of the brutality, the nonchalance of the rioters and the celebratory look on their faces, the widespread acceptance of their actions that baffled me. It was like a carnival, a “farewell to meat”, to use the word’s Latin roots.

It was therapeutic to tell my story that night, as I had become so accustomed to hiding who I am and what I am doing in Ahmedabad. The bank manager who gave me a hard time for living in Juhapura, for example, thinks I am here for tourism. The employee at the Tata Telecom who admitted he was hesitant to come to Juhapura to verify my address thinks I am here on an IT project.

I do not censor myself because I fear for my life, though I have often received threats. I do so because few here are curious to understand what happened in Gujarat in 2002, while others are combative or dismissive. When I was at a dinner party in November, I met a bright young Hindu student and I took a chance and decided to tell him the truth when he asked me what brought me to Gujarat. I am here to write about the Gujarat riots and its aftermath, to understand what is the long view of a tragedy, I told him. “I think you need to move on," he said. "This is the only way society will heal.”

Some of the cast members began to cry as I shared my experiences. But most had more questions, especially: Why did you return after what you saw?

I shared the story of my dear friend Raed in Washington, DC who has dedicated the past 11 years of his life to highlighting the atrocities in his native Iraq. He saw the country he loves eviscerated by US bombs and he watched the international community, led by the US government, justify the maiming of Iraq as unintended collateral damage or worse, as an act of liberation of a people needing to be saved. I used to attend Raed’s lectures again and again because I knew there was catharsis in the act of telling and in the act of listening to him. I told the cast that Raed could share his story, and begin the process of healing, only because there were and are audiences willing to hear him in the US.

When one of the lead actors, a 19 year old, heard this story, she told me what happened the night her parents came to watch her performance.

“They kept saying good acting but they never mentioned the subject of the play so I asked them: why haven’t you ever talked to me about this?" she said. "I want to tell them that this experience changed me. It made me think differently about Gujarat and Muslims. But all they said was good acting.”

If I learned one thing that night, it is this: I was wrong about Gujarat. When I first came to Gujarat in 2011 it was after spending nine years in Washington, DC, mostly working on human rights. I thought that the denial of justice would be the central focus of the book I would write. I realised here that before we can even talk of justice, first the stories have to be told and heard, something that happens rarely.

I know it sounds odd as the subject of the 2002 Gujarat pogrom appears daily in newspapers and in TV programmes. But we have utilised the riots as fodder for pro- or anti-Modi stories, to paint Gujarat’s Muslims as either victims or beneficiaries of Narendra Modi’s government. The question of Modi’s role is indeed important but it often obscures a more painful question, namely: how is that the people of Ahmedabad, and Gujarat at large, are still so unwilling to examine that chapter of their history?

That night with the cast, I never mentioned Modi, nor did they. It is not that we were afraid or that we accepted Modi’s innocence or guilt. That night was about something else — it was about us trying understand one other and the city that we all love.

Each time I write an article on Gujarat, I receive Facebook messages, some filled with expletives about how I belong in Pakistan, but many more from young Hindus in their late teens and early twenties who are trying to piece together this city’s history.

About 40 minutes before the performance, the cast excused themselves to change into their costumes and apply make-up. I walked off to the side, put my digital recorder in my pocket, and looked at my notebook. I had written very few comments that night and a young man, who was not in the play, saw me struggling to compose myself.

“Can I tell you a story?” he said, sitting down next to me.

“When the riots happened, I was nine years old and I was with my grandfather. I remember it so well. We were getting petrol and I saw a group of people grab a Muslim man with a long white beard. My grandfather told me to get in the car and we drove off. Do not talk about this day, my grandfather kept saying. But I still remember.”

I looked down, unsure of what to say.

“I want to tell this story,” he said. “I want to talk to my grandfather about this. I want to find out what happened to that Muslim man, but who do I ask?”

A few weeks later, he contacted me on Facebook and I invited him to come over to my favourite restaurant in Juhapura that is famous for its cheese-filled pizza crusts topped with either tandoori chicken or paneer. About 15 minutes before we were supposed to meet, he called me.

“I am near Vishala, on the other side of the border. Do you think we can meet here and we can go together into Juhapura?”

When we sat down to eat, I asked him what he wanted to talk about. “Oh I just wanted to tell you my story again if that is ok.” 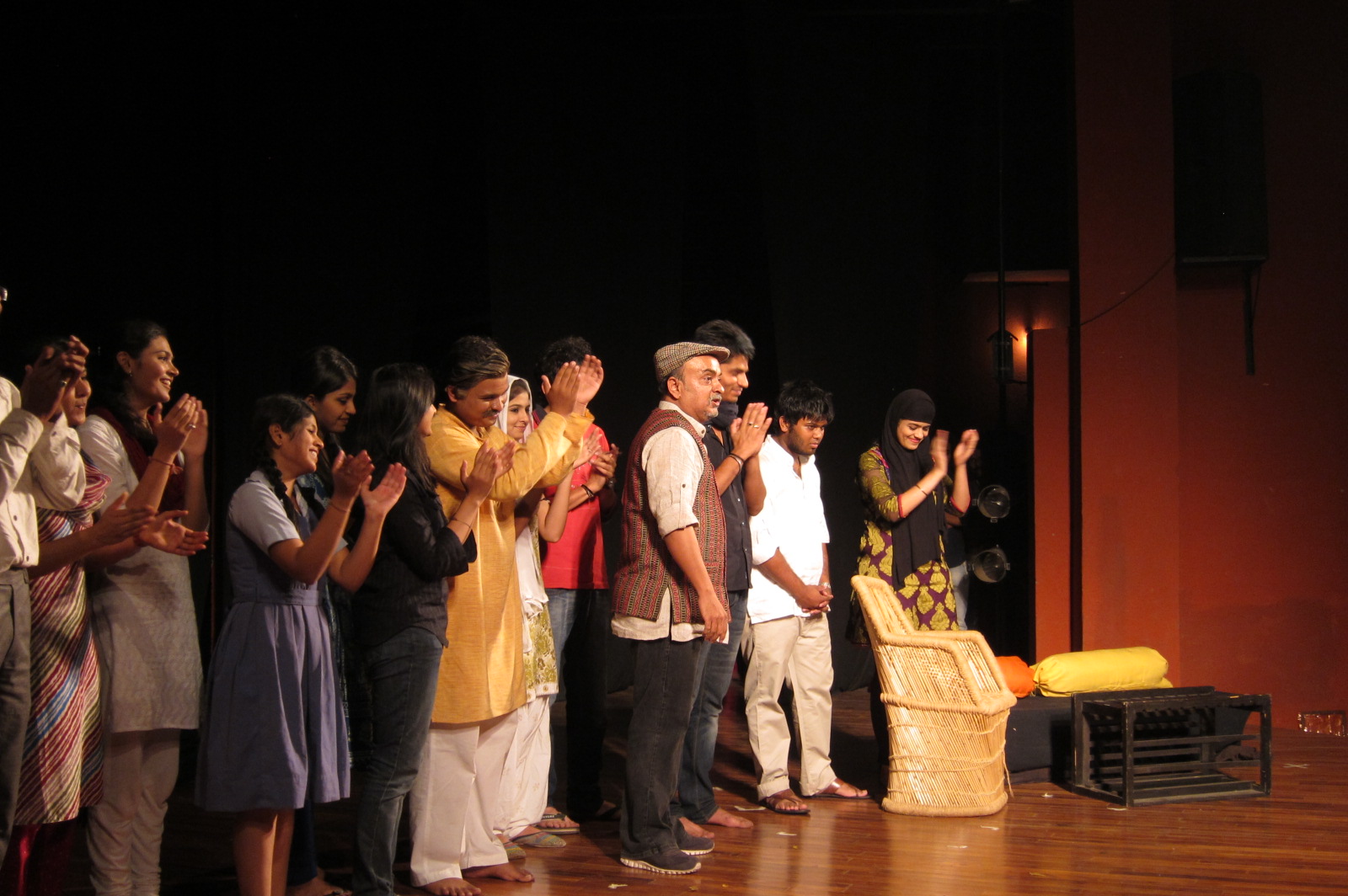