Contribute Now
Ad
For the first time, Election 2014 offered voters in a general election the option of rejecting all the candidates on offer by decisively pressing the last button on the EVM for NOTA – None of The Above. Across the country, nearly 60 lakh voters decided to do so. This formed 1.1% of the total vote and was more than a merely symbolic manifestation of dissent in some instances. Analysing the data, it seems that the NOTA opinion may have affected the outcome in 19 constituencies where the victory margin was lower than 1%.

In Mahasamund, Chattisgarh, for example, the winner got his seat with a wafer-thin margin of 0.11%.  NOTA received 0.91% of the total votes in that seat. If the NOTA option had not existed, would Ajit Jogi of the Congress have won his seat?

There is no way of knowing for sure whether NOTA actually impacted these outcomes, but there is a still a good probability that the votes that went to NOTA were essentially votes that might otherwise have gone to non-BJP candidates, given the surge of popularity of the saffron party. 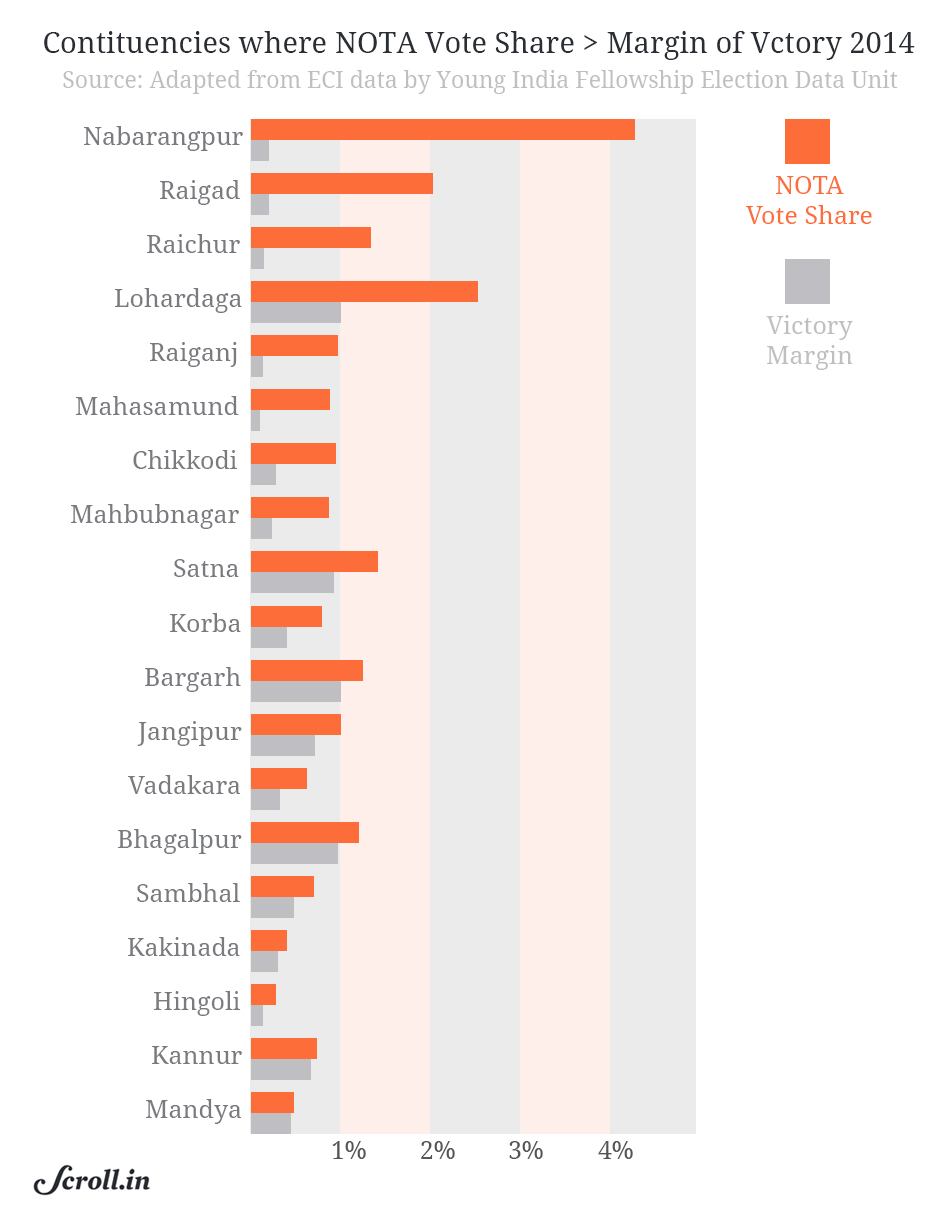 A cursory look at the ten constituencies that recorded the highest percentage of NOTA votes – 3% or more – reveals some interesting commonalities. While NOTA was most heavily publicised in urban and semi-urban areas, and was thought to be an option that would be exercised essentially by educated voters, it didn’t work out that way on the ground.

First, these top ten constituencies are all rural. NOTA accounted for 5% of the votes in Bastar, Chhattisgarh, a constituency with intense Naxalite activity, and Dahod, Gujarat, where 3.6% of voters opted for NOTA.

Second, all these seats are reserved seats, either for scheduled castes or scheduled tribes, though we do not have means yet to determine whether these populations exerted the NOTA option more than the others.

Third, all these constituencies – with the exception or Nilgiris – recorded a high increase in turnout, as compared to 2009 (10% or more).

Fourth, in six of these ten seats, the incumbents were rejected.

Beyond these ten seats, the usage of NOTA was low across constituencies that registered below 50% voter turnout, at an average of 1.3% of vote share.

Generally speaking, so-called Maoist-hit areas recorded higher percentages of NOTA – around 2-3% – with 5% in Bastar, as noted, and 4% in Nabarangpur in Odisha.

But the NOTA percentages in these places in the general elections is lower than the NOTA results of preceding state elections, when the option was introduced. In Chhattisgarh, for instance, the percentage of NOTA votes polled decreased from 3.1% to 1.8%. 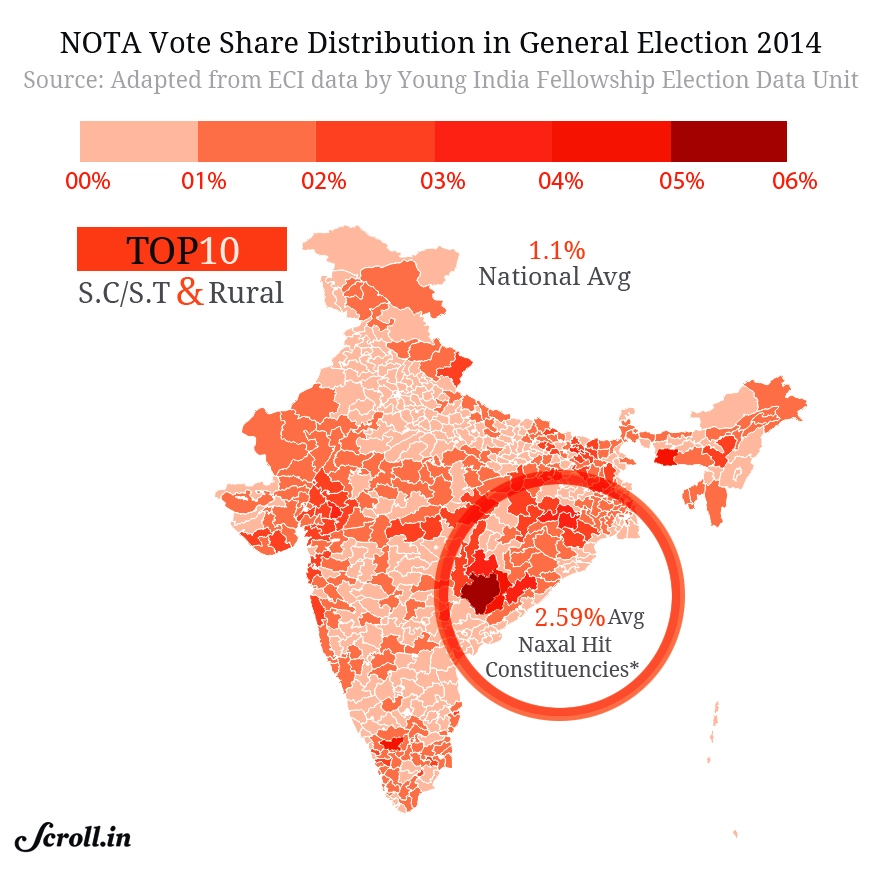 The underestimated but critical consequence of NOTA is going to be the votes that it cuts from political parties, and the subsequent shift it creates in vote shares. The margins may be tiny, but the wins or losses engineered by NOTA will be significant.