Contribute Now
Ad
There will be no automatic arrest from now in cases filed using section 498-A of the Indian Penal Code, a special provision against domestic violence, as well as section 4 of the Dowry Prohibition Act, 1961, the Supreme Court ruled yesterday. The court has issued strict guidelines to police and magistrates. Under 498-A, the imprisonment for a term may extend up to three years, and two years under section 4 of the Dowry Prohibition Act. The judge ordered the magistrate to weigh the preliminary evidence and go through a nine-point checklist before going through with the arrest that the police made.

The court observed, “The fact that Section 498-A is a cognizable and non-bailable offence has lent it a dubious place of pride amongst the provisions that are used as weapons rather than [a] shield by disgruntled wives. The simplest way to harass is to get the husband and his relatives arrested under this provision. In quite a number of cases, bed-ridden grandfathers and grandmothers of the husbands, their sisters living abroad for decades are arrested. ‘Crime in India 2012 Statistics’ published by National Crime Records Bureau, Ministry of Home Affairs shows arrest of 1,97,762 persons all over India during the year 2012 for offence under Section 498-A of the IPC, 9.4% more than the year 2011. Nearly a quarter of those arrested under this provision in 2012 were women i.e. 47,951 which depicts that mothers and sisters of the husbands were liberally included in their arrest net. Its share is 6% out of the total persons arrested under the crimes committed under Indian Penal Code. It accounts for 4.5% of total crimes committed under different sections of penal code, more than any other crimes excepting theft and hurt. The rate of charge-sheeting in cases under Section 498A, IPC is as high as 93.6%, while the conviction rate is only 15%, which is lowest across all heads. As many as 3,72,706 cases are pending trial of which on current estimate, nearly 3,17,000 are likely to result in acquittal.”

Here is a closer, state-wise look at those numbers, and also the numbers regarding dowry deaths. 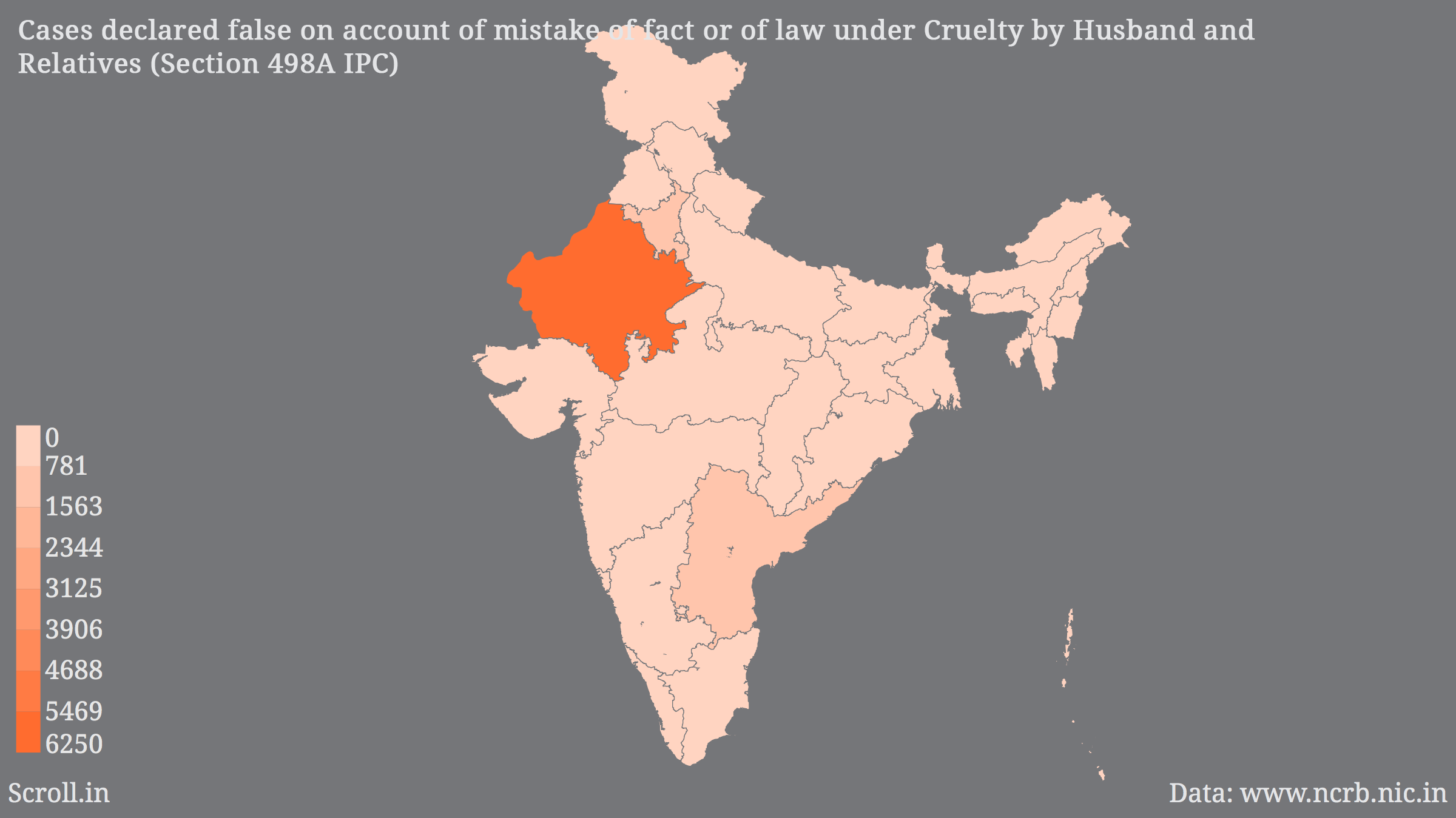 Between 2005 and 2012, 63,171 women were killed in dowry-related incidents. That translates to more than one death every hour. For that many dowry deaths, the number of cases found to be false is relatively small. Such cases were concentrated in Bihar, Uttar Pradesh and Rajasthan. 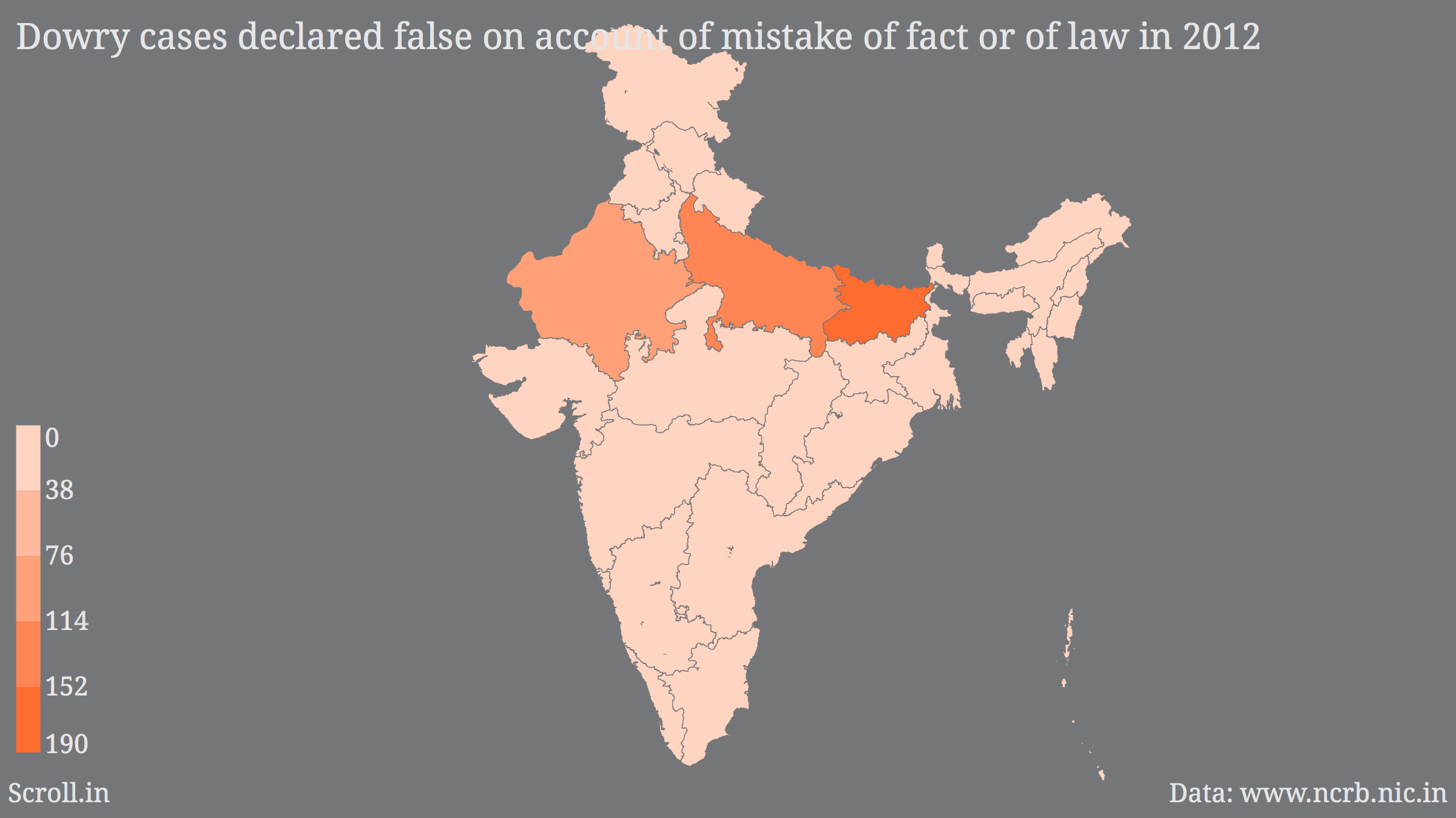