Contribute Now
Ad
That Haryana stereotype is true. Data from the 68th round of the National Sample Survey Organisation's consumption report released last month shows that Haryana is the number one milk drinking state of India.  A family in a Haryana village consumes on average 14.7 litres of milk in a month, more than three times the all India average of 4.3 litres. Urban Haryana drinks 11 litres a month per capita, more than double the all India average of 5.4. 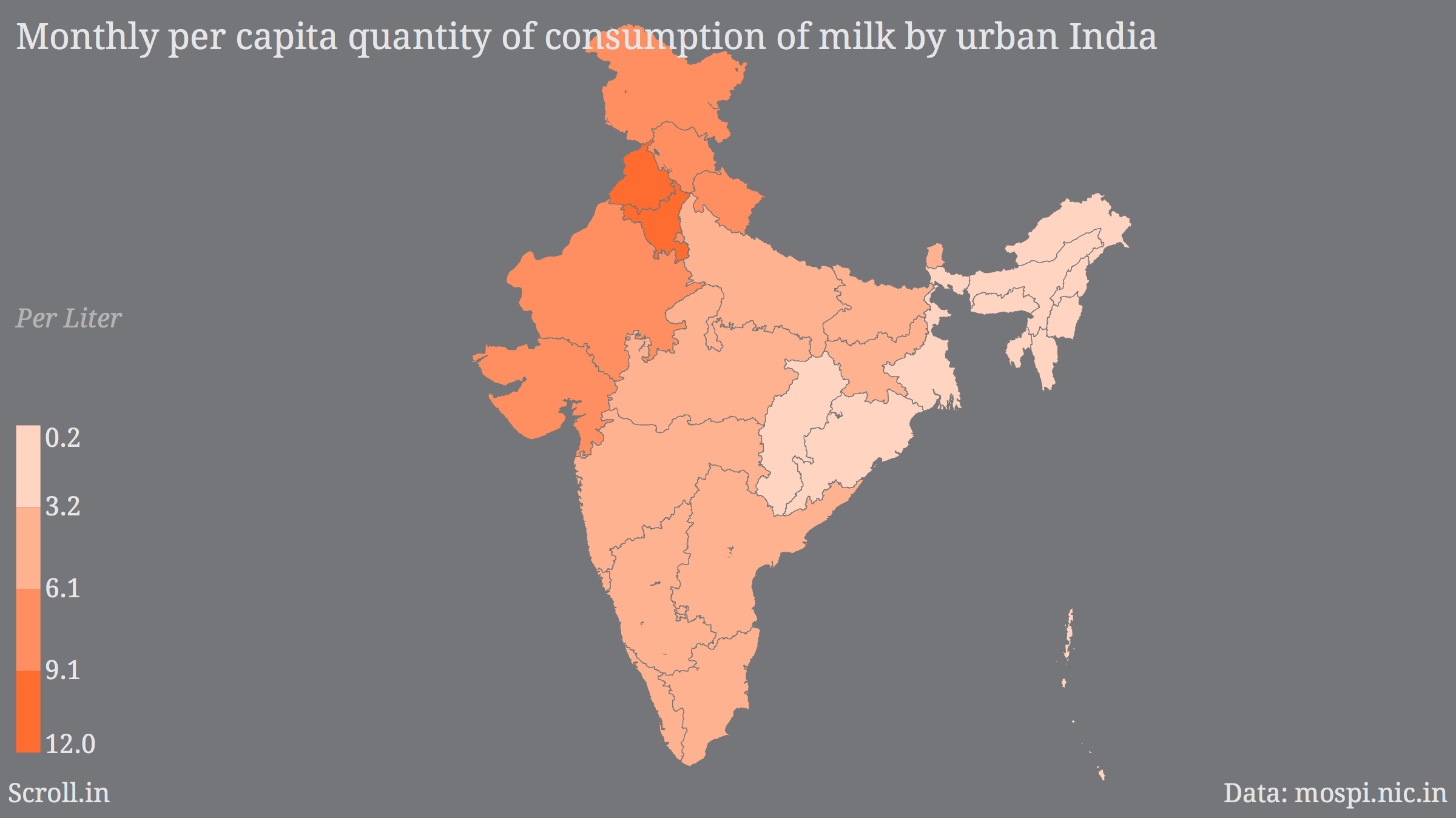 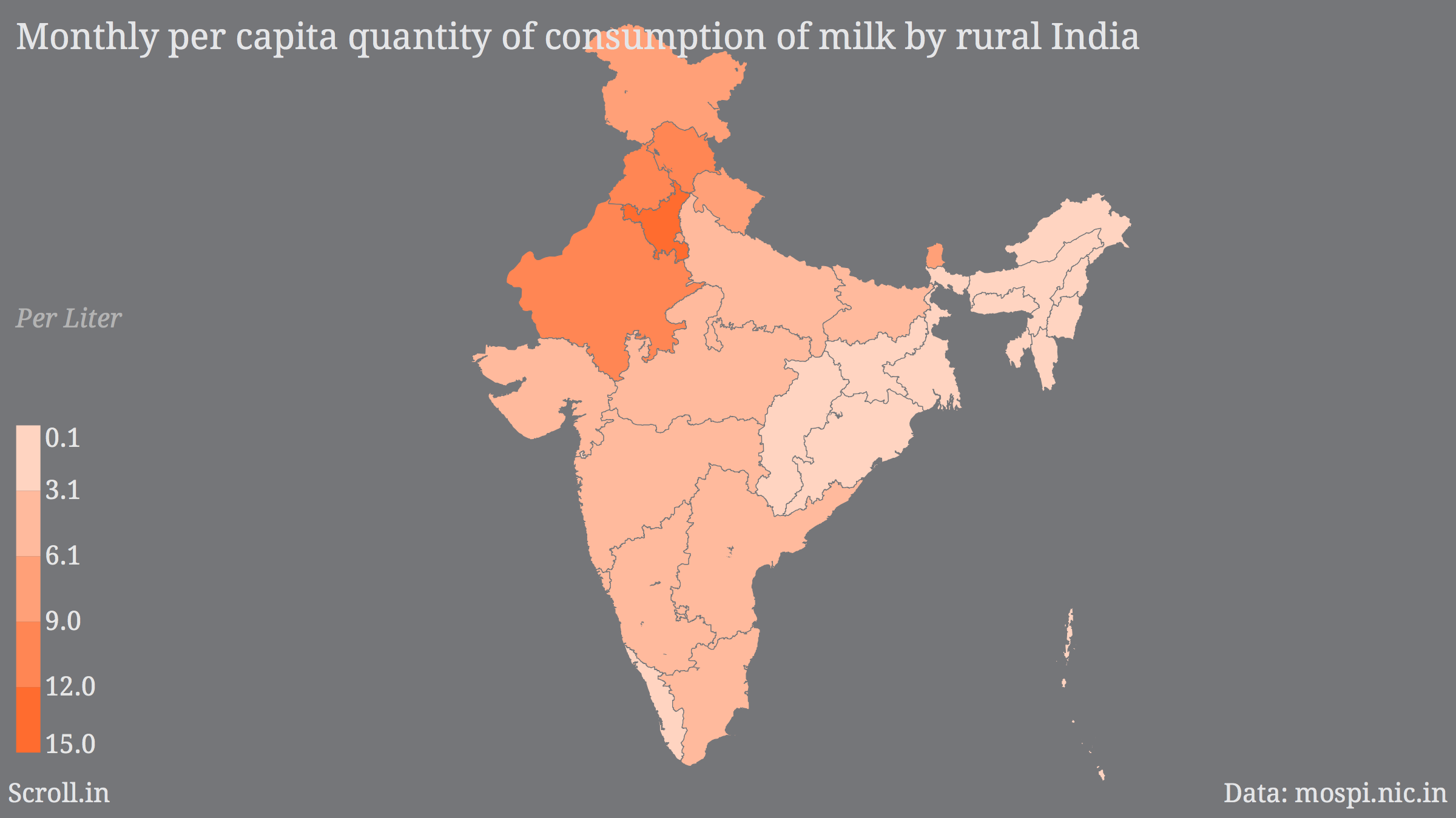 Punjab drinks a little less: nearly 12 litres a month in rural areas, a little less than 11 in urban. The top milk consuming states are all clustered together: Jammu and Kashmir, Punjab, Haryana, Himachal Pradesh and Rajasthan.

Milk consumption is a reflection of both purchasing power and food habits. The north-east doesn't like milk. Manipur and Nagaland are the only states where even in urban areas, milk consumption is less than a litre a month per family.

States where milk consumption in rural areas is less than a litre a month per capita are Chhattisgarh, Manipur, Meghalaya, Mizoram and Nagaland.

A rural Indian family spent on average Rs 115 a month on milk, an urban family spent Rs. 184. These numbers include milk consumed at home in various forms. The survey was conducted in 2011-12.