Sep 15, 2014 · 02:30 am
Nayantara Narayanan
Last week, a teenager in Mumbai tried to stab his mother with a kitchen knife. All the boy's mother had done was to try to turn his computer off and take away his smartphone, the Mumbai Mirror reported.  In November, a college girl in Parbhani hanged herself after writing a suicide note saying that she didn't want to live in a house where there were restrictions on using Facebook. With violence and anti-social behaviour related to using the internet increasing, cities in India are opening de-addiction centres to combat this newest of lifestyle diseases.

Dr Manoj Kumar Sharma started Saturday counseling sessions for internet addiction in Bangalore’s National Institute of Mental Health and Neurosciences in May. In the past four months he has seen close to 25 patients, with at least one new patient every weekend. Only one of his patients is above 18 years of age.

Sharma, a professor of clinical psychology at NIMHANS, finds that people between the ages of 14 and 35 are most prone to internet addiction. The harmful effects of too much Internet show up for teenagers in falling grades and deteriorating relationships with parents. Sharma contends that it is adults who have a hard time recognising the signs of addiction, and fail to seek treatment.

Sharma led an Indian Council of Medical Research study among adults between the ages of 18 and 65 and, not surprisingly, found that the use of mobile phones and social networks were among the top addictions.

Dr Sandeep Grover, a psychiatrist at the Postgraduate Institute of Medical Education and Research, said addiction was characterised by “non-essential” use: i.e. excessive use outside the purposes of work. Grover conducted a survey in 2010 among professionals and found that most of them said they needed to use the internet everyday. A large number of respondents also depended on something in the World Wide Web to make them feel better.

Grover said that people who ate their meals while surfing the net suffered from two problems. One, that the addict was unwilling to leave his computer for a meal. Second, that the addict was combining two coping mechanisms at the same time – seeking comfort online and eating.

Grover says that adults are as prone to internet addiction as adolescents, and that the problem is only intensifying as smartphones and handheld devices increase in popularity. “At the time of the study we didn’t have smart phones,” he said. “Internet access was limited to laptops and personal computers. Now, with hand-held devices, there is more and more dependence.”

At the NIMHANS Clinic in Bangalore, Sharma sees some extreme cases of addiction among teenagers – a 16-year-old who would spend 12 hours on weekends and seven hours on schooldays playing online games, a 17-year-old whose addiction to pornography led to high risk behaviour with sex workers, and a child who became addicted to video games as a way of controlling his obsessive compulsive disorder.

The most common symptoms he sees are teenagers becoming irritable, letting their academic scores fall and becoming violent if technology is withheld. “The decrease in offline communication affects their coping behavior,” he said. “They don’t know how to handle time management, or a teenager facing a Facebook rejection doesn’t know how to cope with it.”

Sharma helps his patients develop their own plans to regain control of their lives. He asks children and their parents to set up behavioural contracts, where children are allowed to use technology only if they improve their social and familial interactions.

The Uday Foundation in Delhi runs a Centre for Children in Internet and Technology Distress for children between the ages of 8 and 19, and their parents. The Center encourages children to log out, read books, play games and have a conversation. 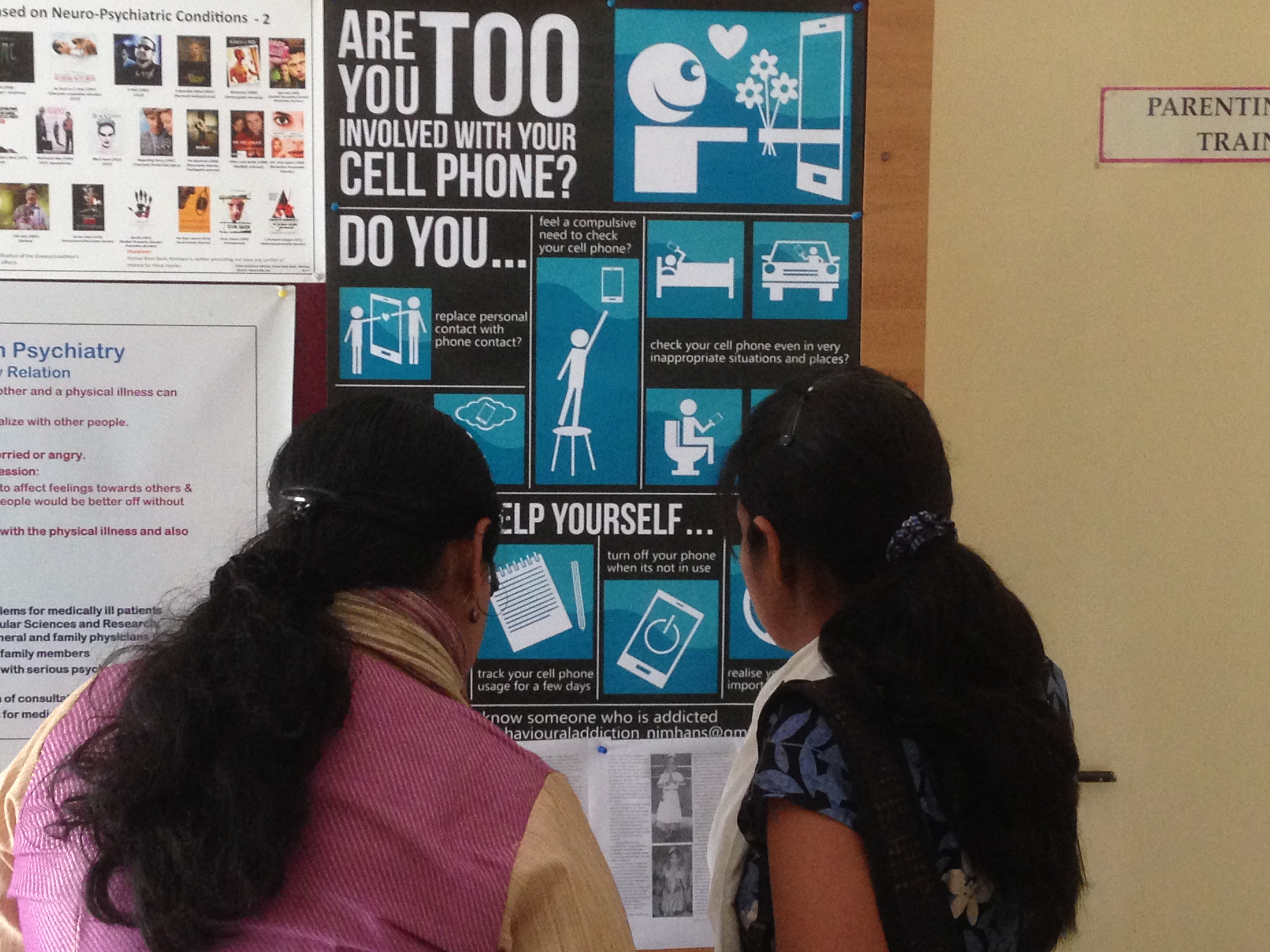 The patients who come to the clinic are the tip of a very large iceberg, say the doctors studying internet addiction in India. Poornima Mahindru, a clinical psychologist who works with Sharma, observes that plenty of people she meets in her daily life outside the clinic have nomophobia, the fear of being out of mobile phone contact. “The challenging part is to develop a plan to manage addiction, because there is little clinical evidence,” Mahindru said.