Become a Member
Ad
For ages, Mughal and Rajput miniature paintings have provided a vivid window into the past, relating tales from the lives and times of kings and queens. Now those contemplative royals are speaking up for themselves in a writer-filmmaker’s web-comic series, telling ironic stories of unfairness. 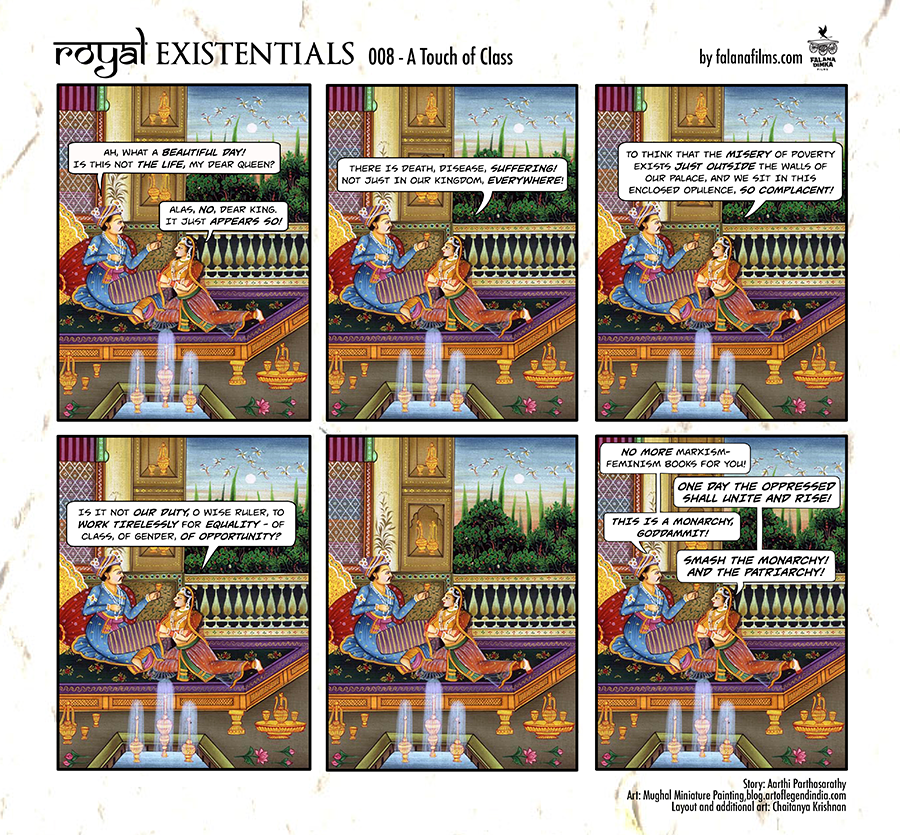