Contribute Now
Ad
A day after members of the Rashtriya Swayamsevak Sangh at Tiruchengode in Tamil Nadu burnt copies of Perumal Murugan’s book Madhorubagan, its publisher Kalachavadu and writers' programme Sangam House has issued a statement in support of the writer.

“Cultural vigilantes, claiming the right to be offended – a right that does not exist in the constitution – have all too often bullied writers and publishers, attacking our fundamental rights and freedoms of speech and expression,” the statement said. “They do not have the right to prevent others from reading the book and making up their own mind about its value or otherwise.”

The Tamil Nadu Progressive Writers Association also held a protest against the burning on Saturday in Chennai. It now plans to conduct similar protests in all districts across the state over the coming weeks.

Madhorubagan, which was published in 2010, has had four runs in Tamil and two in English after Penguin India translated it as One Part Woman. Despite being around for this long, the first inkling the author had of the trouble was only around 20 days ago when people began calling and pestering him over the phone. This eventually culminated in the book burning by the RSS. Murugan, a professor of Tamil Literature, was until Saturday very concerned about the safety of his family, but has since been heartened by the strong show of support across the state, his publisher Kannan Sundaram said.

The protests seem to be about the sexual permissiveness described in the book, which is set around 100 years ago at the time of an annual festival in Tiruchengode. Murugan had heard through oral traditions of a now-dead custom where women could choose to sleep with any man they wanted on the night of the festival. Any child born from that night was regarded as a gift of god.

At the centre of Madhorubagan is a childless couple. The wife wants to take part in this ritual, while the husband does not. The book has an open ending. The title of the book derives from the Tamil name for Ardhanareeshwara, the dual male-female incarnation of Shiva, who is worshipped prominently in the festival.

“People are embarrassed of this custom now, but it is not unique,” said Sundaram. “I do know that the custom was prevalent in a temple in my district. This kind of mating ritual is also present in other cultures around the world. Where there is such an issue, people find their own solutions.” 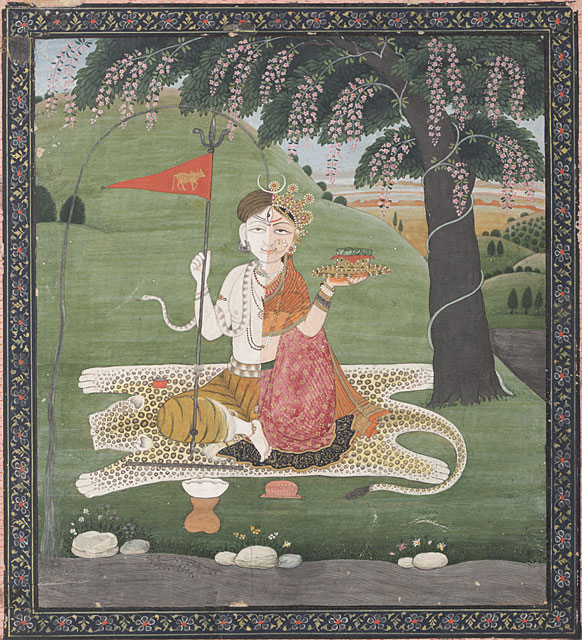 Around 50 members of the RSS led the protest in Tiruchengode on Friday, The Hindu reported, saying that parts of the book insulted the Kailasanathar temple, Shiva and female worshippers. The police initially tried to disperse the protest, but the protestors eventually managed to burn copies of the book in front of the police station. Unusually for such protests, at least some of the group seemed to have read the book, as they cited specific pages that had incited their ire.

At the protest, the RSS called Murugan to be arrested and the book to be banned. However, after the strong backlash against the event, the RSS is now distancing themselves from the burning on social media. According to Sundaram, it is claiming that the protest was organised by a fringe group.

Two sequels to the novel exploring both possible endings left open in the first book are scheduled to be released next week. Sundaram asserts that Murugan will get his full support in publishing them as long as he wants.

“People are getting disturbed by any hint of non-middle class values,” said Sundaram. “But this is also in the context of who is in power in the centre. Had it been the Congress, it would have been a caste-based protest. Since it is the BJP, the protest is Hindu.”