Contribute Subscribe
Earth’s climate is changing rapidly. We know this from billions of observations, documented in thousands of journal papers and texts and summarised every few years by the United Nations' Intergovernmental Panel on Climate Change. The primary cause of that change is the release of carbon dioxide from burning coal, oil and natural gas.

International climate talks in Lima recently attempted to lay the foundation for next year’s UN climate summit in Paris. While negotiations about reducing emissions grind on, how much warming are we already locked into? If we stop emitting greenhouse gases tomorrow, why would the temperature continue to rise?

Basics of carbon and climate

The carbon dioxide that accumulates in the atmosphere insulates the surface of the Earth. It’s like a warming blanket that holds in heat. This energy increases the Earth’s surface average temperature, heats the oceans and melts polar ice. As consequences, sea level rises and weather changes. 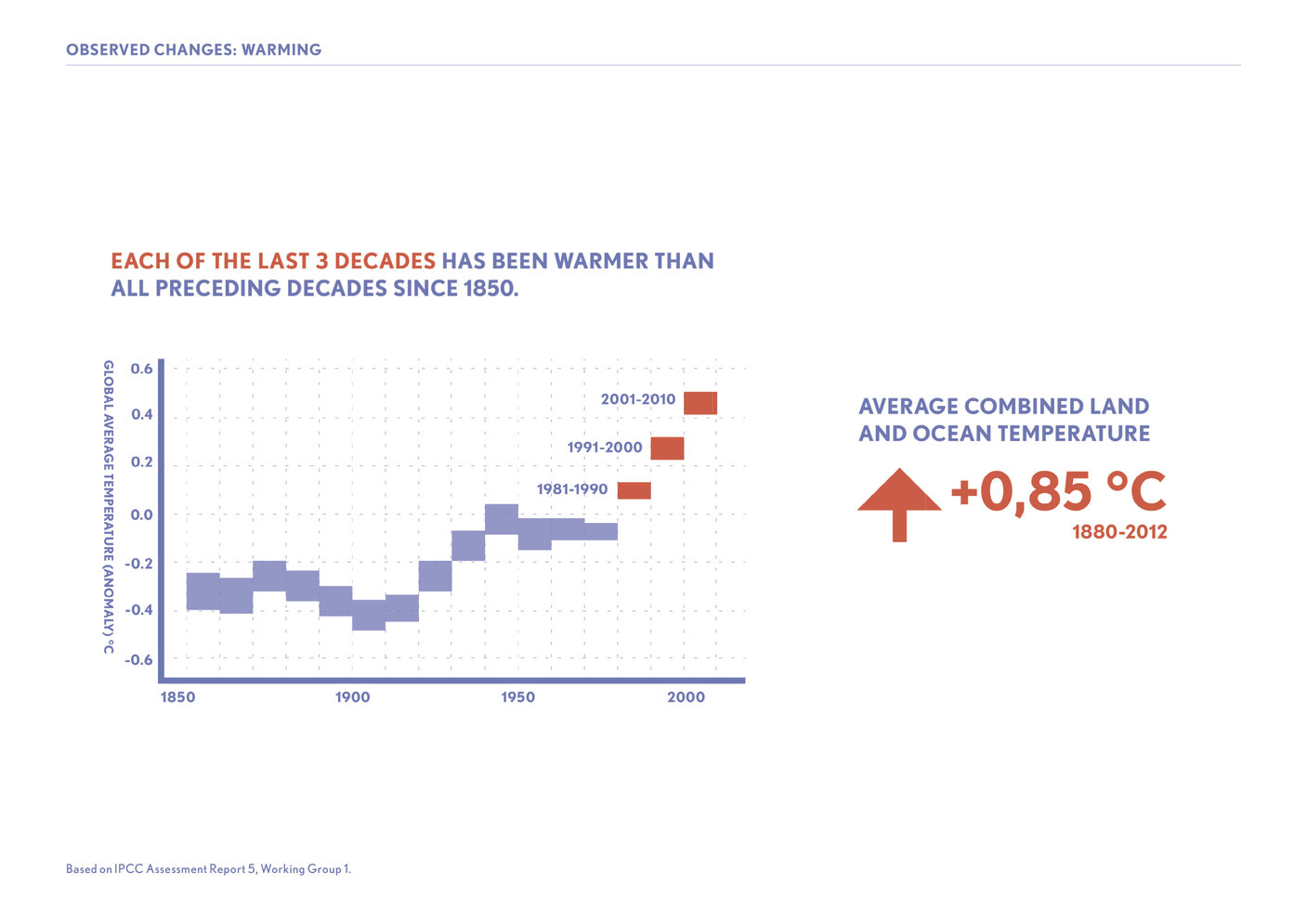 Global average temperature has increased. Anomalies are relative to the mean temperature of 1961-1990. Finnish Meteorological Institute and Finnish Ministry of the Environment, Author provided

Since 1880, after carbon dioxide emissions took off with the Industrial Revolution, the average global temperature has increased about 1.5F (0.85C). Each of the last three decades has been warmer than the preceding decade, as well as warmer than the entire previous century.

The Arctic is warming much faster than the average global temperature; ice in the Arctic Ocean is melting and the permafrost is thawing. Ice sheets in both the Arctic and Antarctic are melting. Ecosystems on both land and in the sea are changing. The observed changes are coherent and consistent with our theoretical understanding of the Earth’s energy balance and simulations from models that are used to understand past variability and to help us think about the future. 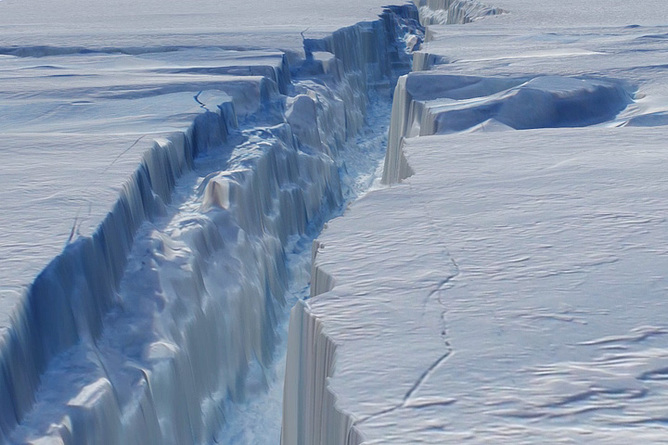 Slam on the climate brakes

What would happen to the climate if we were to stop emitting carbon dioxide today, right now? Would we return to the climate of our elders? The simple answer is no. Once we release the carbon dioxide stored in the fossil fuels we burn, it accumulates in and moves amongst the atmosphere, the oceans, the land, and the plants and animals of the biosphere. The released carbon dioxide will remain in the atmosphere for thousands of years. Only after many millennia will it return to rocks, for example, through the formation of calcium carbonate – limestone – as marine organisms' shells settle to the bottom of the ocean. But on time spans relevant to humans, once released the carbon dioxide is in our environment essentially forever. It does not go away, unless we, ourselves, remove it.

If we stop emitting today, it’s not the end of the story for global warming. There’s a delay in temperature increase as the climate catches up with all the carbon that’s in the atmosphere. After maybe 40 more years, the climate will stabilize at a temperature higher than what was normal for previous generations.

This decades-long lag between cause and effect is due to the long time it takes to heat the the ocean’s huge mass. The energy that is held at the Earth by the increased carbon dioxide does more than heat the air. It melts ice; it heats the ocean. Compared to air, it’s harder to raise the temperature of water – it takes time, decades. However, once the ocean temperature is elevated, it adds to the warming of the Earth’s surface.

So even if carbon emissions stopped completely right now, as the oceans catch up with the atmosphere, the Earth’s temperature would rise about another 1.1F (0.6C). Scientists refer to this as committed warming. Ice, also responding to increasing heat in the ocean, will continue to melt. There’s already convincing evidence that significant glaciers in the West Antarctic ice sheets are lost. Ice, water, and air – the extra heat held on the Earth by carbon dioxide affects them all. That which has melted will stay melted – and more will melt.

Ecosystems are altered by natural and manmade occurrences. As they recover, it will be in a different climate from that in which they evolved. The climate in which they recover will not be stable; it will be continuing to warm. There will be no new normal, only more change.

In any event, it’s not possible to stop emitting carbon dioxide today, right now. Despite significant advances in renewable energy sources, total demand for energy accelerates and carbon dioxide emissions increase. I teach my students that they need to plan for a world 7F (4C) warmer. A 2011 report from the International Energy Agency states that if we don’t get off our current path, then we’re looking at an Earth 11F (6C) warmer. Our current Earth is just over 1F warmer, and the observed changes are already disturbing.

There are many reasons that we need to essentially eliminate our carbon dioxide emissions. The climate is changing rapidly; if that pace is slowed, the affairs of nature and human beings can adapt more readily. The total amount of change, including sea-level rise, can be limited. The further we get away from the climate that we have known, the more unreliable the guidance from our models and the less likely we will be able to prepare. The warmer the planet gets, the more likely reservoirs of carbon dioxide and methane, another greenhouse gas that warms the planet, will be released from storage in the frozen Arctic permafrost – further adding to the problem.

If we stop our emissions today, we won’t go back to the past. This is not reason, however, to continue with unbridled emissions. We are adaptable creatures, with credible knowledge of our climate’s future and how we can frame that future. We’re already stuck with some amount of guaranteed climate change at this point. Rather than trying to recover the past, we need to be thinking about best possible futures.