Contribute Now
Ad
Krishna Kumar remembers his father talking about how “the company” will eventually take over their land and livelihood. Fifty years ago, Kumar’s father Dhanraj was considered cynical. Today, the people of Pali village consider him a visionary.

The village lies in Katghora block of Chhattisgarh's Korba district. South Eastern Coalfields Limited, a subsidiary of the government company Coal India Limited, has been mining in the district since the 1960s. With more than 70 million tonnes of coal excavated annually from 13 coal mines, including three of the largest in Asia, and 10,000 megawatts of power produced in about half a dozen thermal power plants, Korba is now one of India’s critically polluted areas.

The juggernaut of mining has transformed the landscape so dramatically that brown hills have sprouted around the city of Korba. These aren’t natural hills – they are made of accumulated overburden, or the soil excavated from the earth to get to the seams of coal. 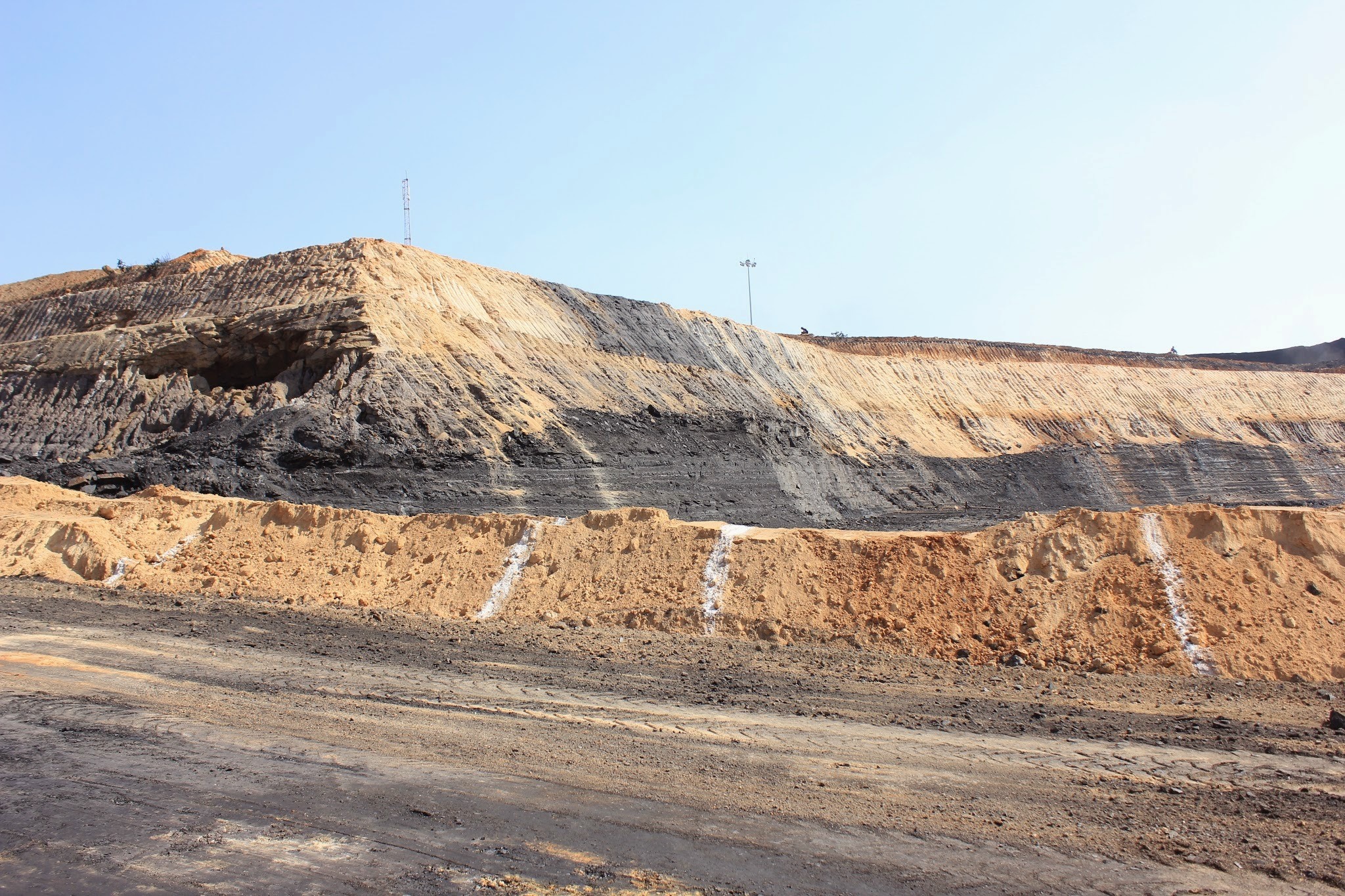 Overburden hills made of loose soil

Seventy kilometres north of Korba, the air becomes cooler, the sound of flowing water is clearer and only tall green trees meet the eye. The forest, called Hasdeo Arand, is spread over 1,200 square kilometres in north Chhattisgarh. It is one of India’s last remaining biodiversity rich forests with an unbroken canopy that acts as an important wildlife corridor. Amidst the generous natural beauty rests the village of Salhi, which has not more than 500 homes.

Sitting cross-legged on a cane cot in front of his modest house, Seva Ram, the sarpanch of Salhi village in Sarguja district, rubs dry tobacco on his left palm, contemplatively. “When a wild elephant enters our village," he said, "we know what harm it would cause us and we prepare ourselves accordingly. But when the company entered our village surreptitiously, we didn't know how to react.”

Ram was referring to Adani Mining, a wholly owned subsidiary of Adani Enterprises, which came to the area in 2009 to mine the 450 million tonne rich coal blocks of Parsa East and Kanta Basan. The two blocks were among the 20 coal blocks in the region that stood allocated to government and private companies, until the Supreme Court in September 2014 struck down the allocations of more than 200 coal blocks across the country, holding them illegal and arbitrary.

For a while, the people of Sali breathed easy. But the reprieve was short-lived. In October, the government passed an ordinance to make it possible to reallocate the mines. The executive order was followed up with the Coal Mines (Special Provisions) Bill, 2014, which received the approval of the Lok Sabha in December. The bill awaits the final passage through the Rajya Sabha before it can become law. 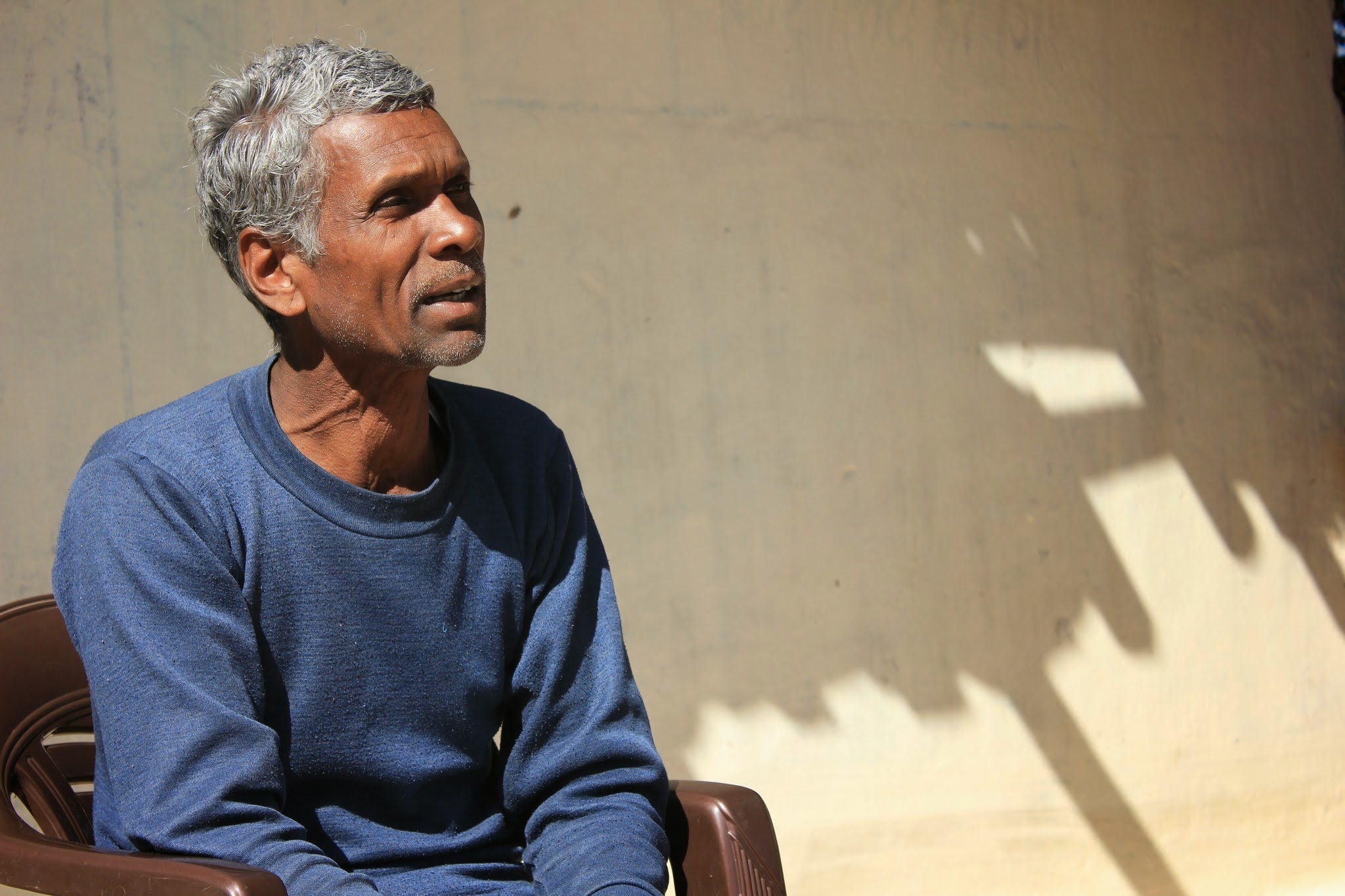 The new bill seeks to make amends for India’s two decade-long history of corruption-tainted coal mine allocations. Earlier, coal mines were allocated by a committee of bureaucrats in a process that was riddled with irregularities. Under the new system, companies have to bid to get mining rights. The government has put 23 blocks for auction in the first round which began in January and is expected to conclude in March.

While competitive auctions would introduce greater transparency in the process, activists say they are not the panacea for the crisis that plagues the system of natural resource allocation in India. Currently, the government first allocates the mine to a company and then assesses the social and environmental costs of the project. Well after companies have sunk funds into the project, the views of local communities are sought. By then, the dice is loaded against them, with both the government and the corporations pushing hard to see the project through. At best, local people are able to stall the project for some years. The resulting logjams extract both social and economic costs.

The cancellation of the coal mines by the Supreme Court presented the government with a clean slate. It could have fixed the systemic flaws in the allocation process, say activists. But it missed the bus. 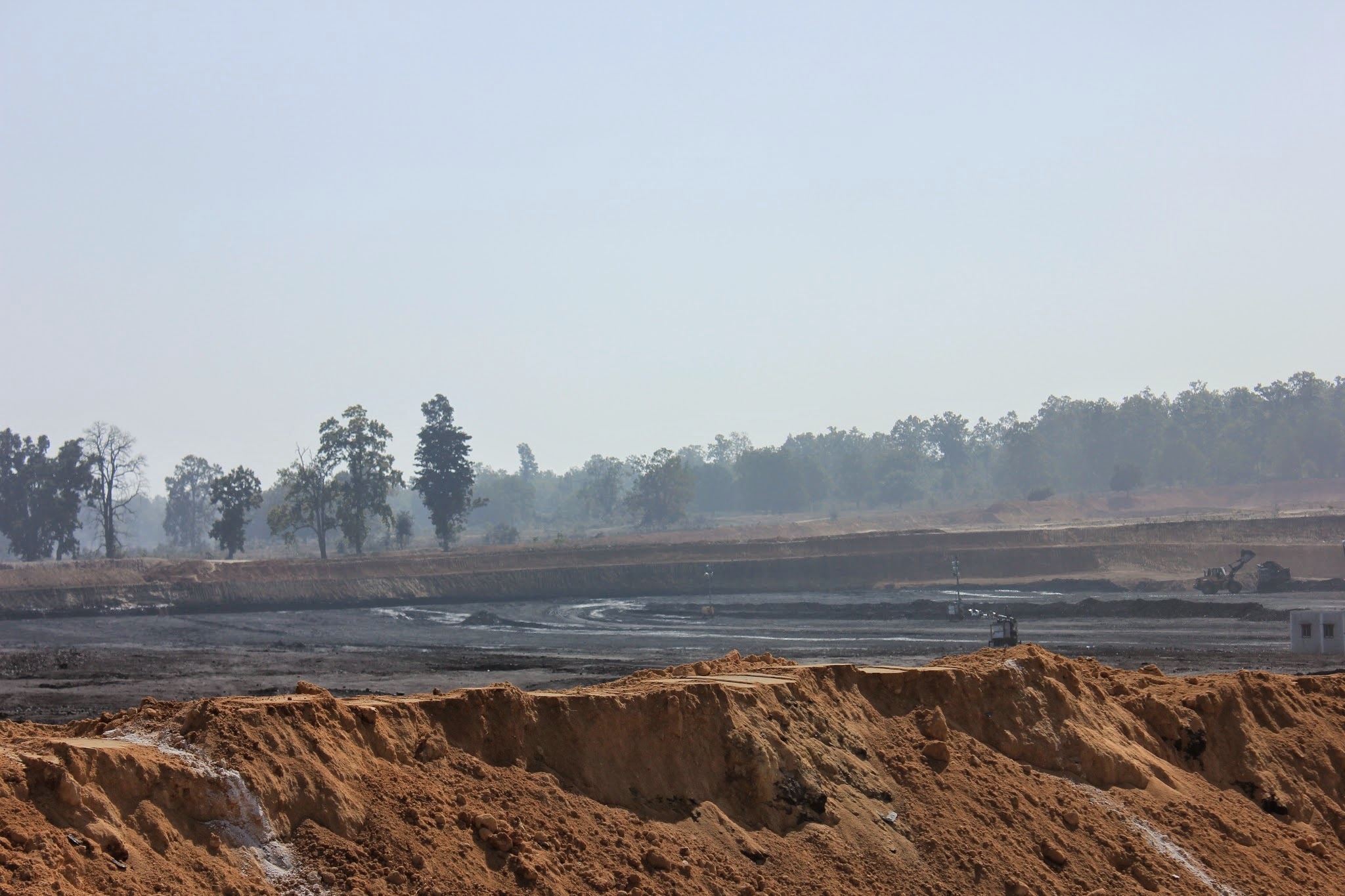 For one, it overlooked the strong rationale to keep intact forests like Hasdeo Arand. In 2010, the ministry of environment and forest superimposed forest cover maps on coal bearing regions and marked out nine forests that were too dense to be lost to coal mining. These forests were called “No-Go areas”. Hasdeo Arand was one of them.

Ignoring its own categorisation, however, the United Progressive Alliance government gave clearances to three coal mines in Hasdeo Arand. The Bharatiya Janata Party government has put one of those blocks for auction in the first phase itself. Another two blocks, Parsa East and Kanta Basan, are likely to be allotted to public sector companies soon. Speaking with Scroll, Anil Swaroop, the coal secretary, justified the decision. "We will only auction those mines that have the necessary permissions," he said.

But activists are dismayed at the decision. Contrary to popular perception, they argue that preserving the No-Go areas involves little economic trade-off. Put together, the No-Go areas represent only 8.11% of the total potential coal bearing area of the country. "Even if current energy needs are tripled, we can meet the demand for coal without venturing into ‘no-go’ areas for the next 66 years comfortably,” said Sudiep Shrivastava, a lawyer and mining activist.

Not only does the forest of Hasdeo Arand house endangered species, it ensures regular rainfall and maintains the water levels of the majestic Bango dam built across River Hasdeo. The dam irrigates 630,000 acres of agricultural land in Chhattisgarh and provides water to the coal mines and power plants in Korba. “How will those objectives be met if the dam loses its catchment area?” said Shrivastava.

“If you dig up coal in Hasdeo-Arand, you will ensure that the country potentially risks losing 10,000 MW of electricity in the next 20 years,” said Alok Shukla, the convenor of the non-profit, Chhattisgarh Bachao Andolan. 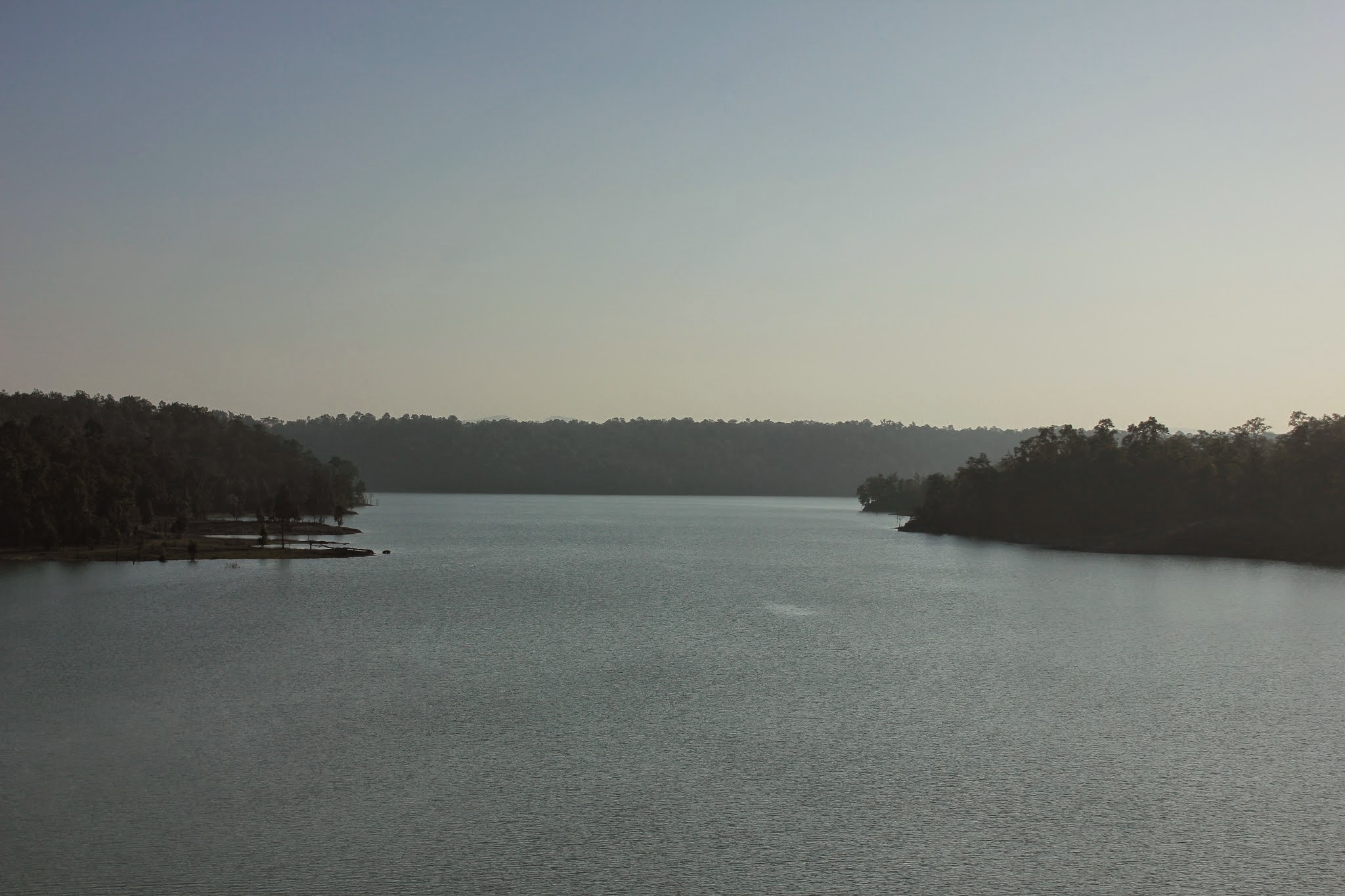 The Bango Dam on Hasdeo river in Korba

Closely linked to the environment are the lives and livelihoods of the people. In January, before the auctions began, a group of people living in the villages of Hasdeo Arand decided to make one last attempt to persuade the government to not rush ahead with the coal mine bids. A contingent of a dozen people from Chhattisgarh arrived in New Delhi. Armed with letters from 16 gram sabhas, or village councils, that expressed strong opposition to mining projects, they met union minister for environment and forests Prakash Javadekar.

Among the group was Jainandan Singh Porte. Until a year ago, Porte used to grow rice and sell mahua seeds (a flower used to make liquor) in Ghatberra village. But since Adani entered the region, disturbed by the future threat of displacement, he jumped into activism.

“When I told the minister that I am opposed to mining in the Hasdeo region, he smiled and said ‘Bring your son to me next time. I will ask him what he wants.’” He chose not to argue with the minister, but the conversation left Porte convinced that his 14-year-old son faces a bleak future. “He might be doing menial jobs in the city, going at this rate.” 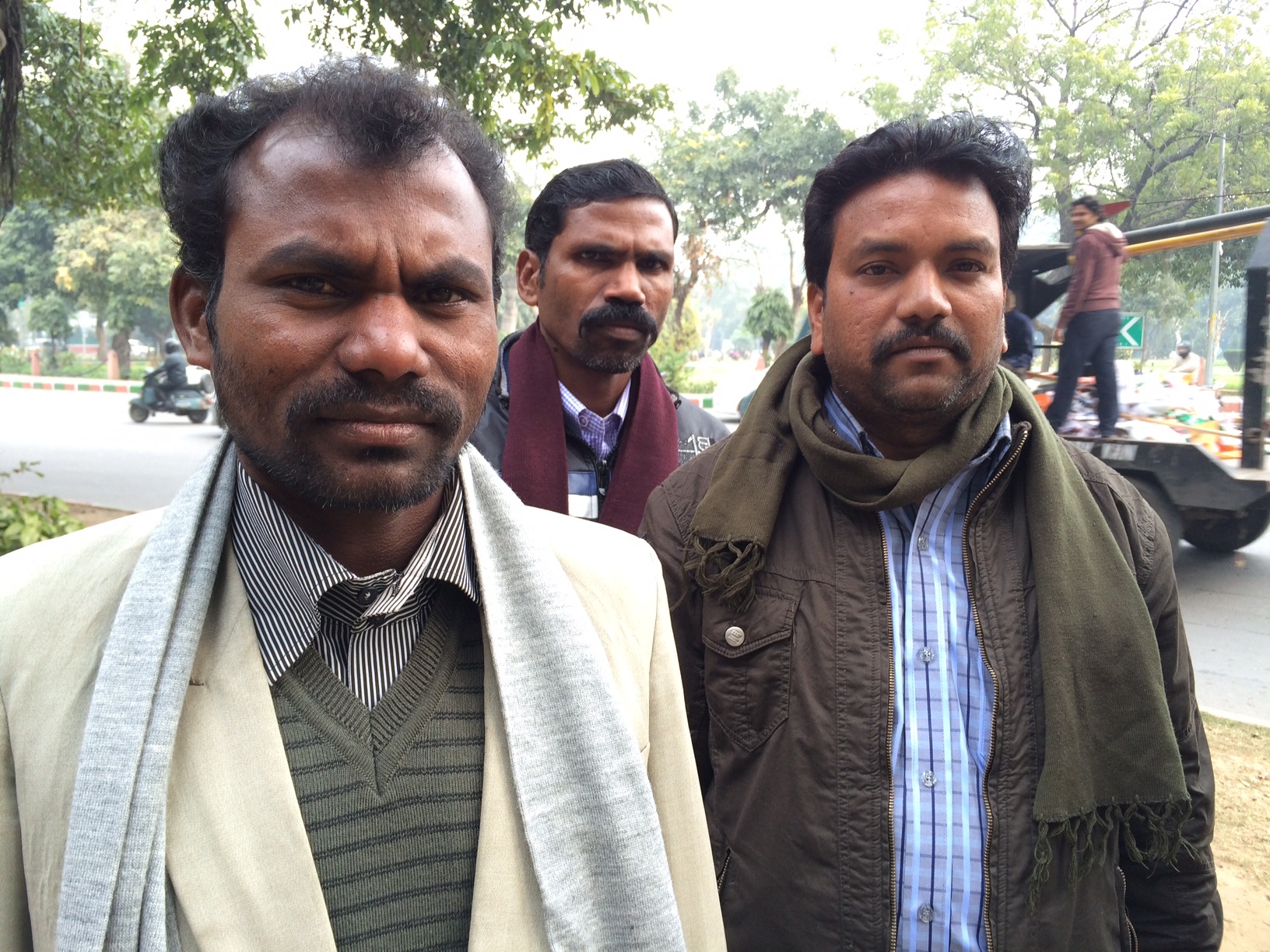 Porte and other mining affected people in New Delhi in January

Not only does the new coal bill fail to empower local communities, activists believe it legalises the excesses of private companies. Under the previous law, the Coal Mines (Nationalisation) Act of 1973, a company was allowed to mine coal for a specified end-use. That is, only as much coal as needed to run a power plant that they had established. This clause was put in to restrict the indiscriminate sale of a source of non-renewable energy in the open market. But Prakash Industries, a private company mining coal from the Chotia block in the Hasdeo region since 2006, extracted more than the amount of coal stipulated in its licence. While this amounted to illegal coal pilferage under the previous law, it might stand legitimised in the future since the new coal law has an enabling provision that could allow private companies to sell coal in the open market.

Similarly, the Parsa, Parsa East and Kanta Basan coal blocks were allocated entirely to public sector power companies belonging to Chhattisgarh and Rajasthan governments but Adani Mining found a backdoor entry into them by getting a mining development and operations contract wherein Adani held a 74% majority ownership of the joint venture. Joint ventures between government companies and private sector players were illegal according to the 1974 law, but the new law has found a way to make room for them. 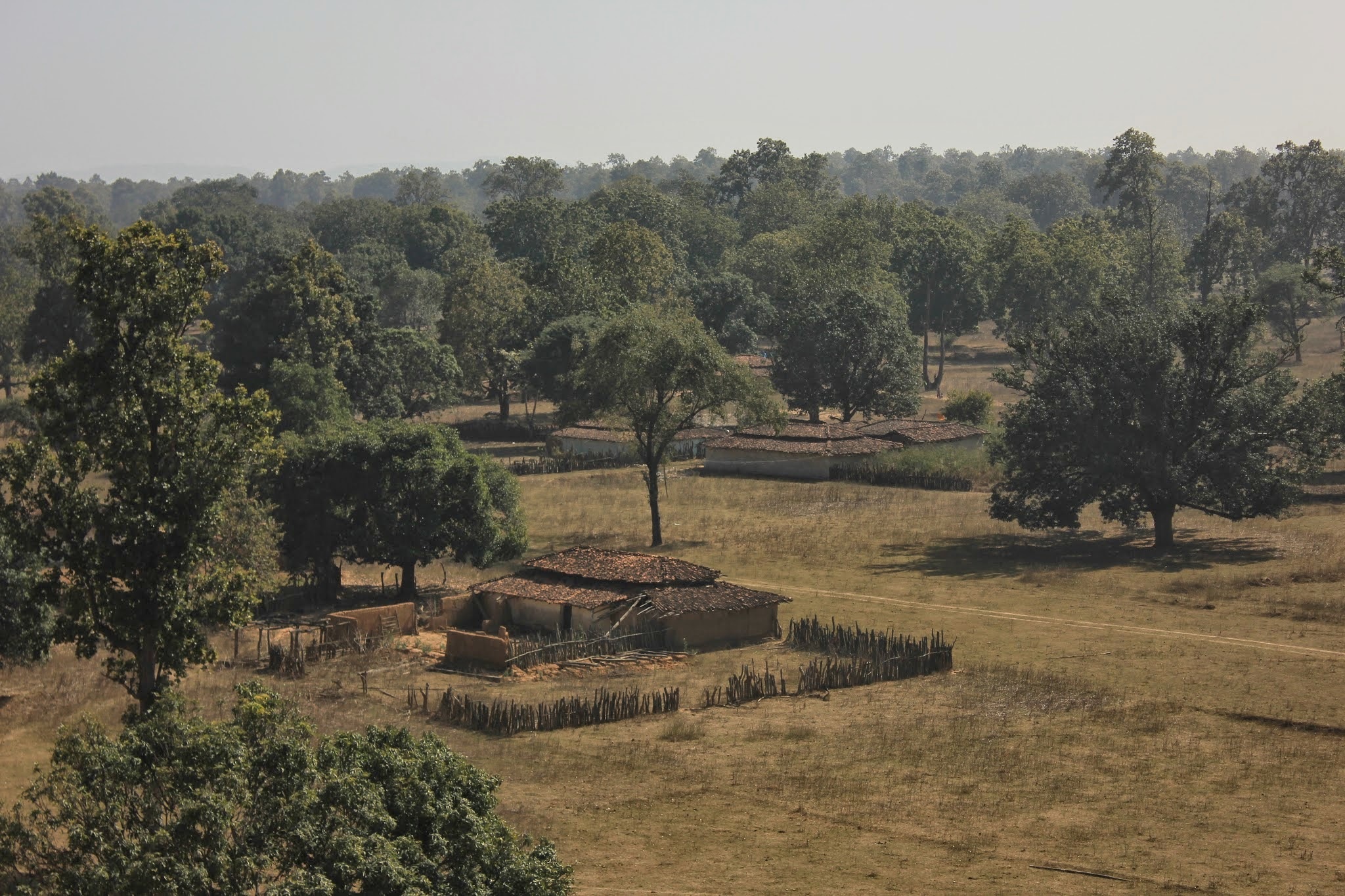 The Supreme Court’s verdict might have put mining in Hasdeo Arand on hold. But Bajrang Singh, a 34-year-old farmer from Kanta village, has already lost the world he grew up in. His village, not more than 10 metres from the open cast mine, used to have ponds on three sides. But after the mining began, the lush greenery and abundant water dried up. Even ground water levels have fallen. When land is hollowed out to mine coal, the water from the surrounding areas tends to flow down to the deeper excavation site, drying up even ground water.

“The company sends water tankers to our homes everyday," said Singh. "We are free to take as much water as we want, but how much can we possibly store? So, we end up rationing the water by default.” An email to Adani Mining seeking a response on the company's impact on the area went unanswered.

The sarpanch of Salhi village, Seva Ram, is keeping calm in the face of the impending storm. “Not only will we lose our lands, livelihoods, heritage and freedom, but we will be forced to migrate to your cities, in turn crowding them. Do you want that?” he said with an ironic smile.