Contribute Now
Ad
An Indian Express investigation has found more than Rs 25,000 crore were held abroad by 1,195 Indians in HSBC Swiss bank accounts. The government would need to investigate the accounts to find out which of them hold black money, or income hidden from tax authorities in India.

Since these figures relate to a single bank, it is fair to presume that the total funds lying stashed in foreign accounts would be much higher. Even by that reckoning, as this piece explains, foreign shores might not be the best place to find Indian black money.

For one, funds are often moved out of India not to be stashed in bank vaults but to be brought back as foreign investment through a process called "round-tripping". In the case of India, this mostly happens through sham corporations registered in Mauritius. While the money comes back as investments, the earnings on such investments are not taxed in India because India and Mauritius have a double tax-avoidance treaty. 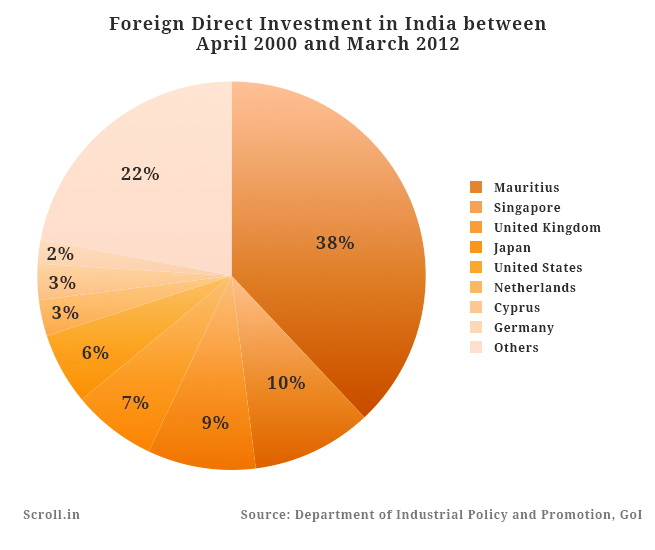 Where do the foreign funds that come into India go? A major destination is the real estate and construction sector. Between 2005 and 2010, FDI in India's real estate and housing market jumped 80 times. Economists believe the infusion of black money has contributed to the sharp and sustained rise in land prices, which is making housing unaffordable for an overwhelming majority of Indians.

A study by the National Institute of Public Finance and Policy mapped the extent of India's illegal economy. Submitted to the Finance Ministry, the report has not been made public. But according to senior journalist MK Venu, the study estimates that the illegal economy could be as large as upto 71% of India's GDP. "India's GDP is roughly $2 trillion. This means the parallel economy could be of the order of $1.4 trillion," he writes in this piece.

The study confirmed that more unaccounted wealth remains within the country – literally parked on Indian land. But that's not the only reason to widen the debate on black money beyond the shrill and narrow focus on getting back money stashed in secret Swiss bank accounts and vaults. As this piece explains, despite signing hundreds of bilateral treaties to compel tax havens to share information on secret bank accounts, even the powerful G20 countries have failed to do so.

The flow of illicit money is an international problem and cannot be tackled by one country alone. A new global architecture is needed to fight illicit funds. But while that takes shape, there is something that India can do on its own: reform and regulate the sectors within its domestic economy that create, multiply and store black money. That neither requires an international treaty nor a high-powered special investigative team.