Feb 11, 2015 · 12:24 pm
Scroll Staff
The Aam Aadmi Party's massive victory prompted celebrations from lakhs of supporters — and a fair few newspaper editors. That's because big news like this always sells units and, moreover, it gives the frontpage teams a chance to flex their muscles and come up with funny or punny headlines. (Their sales departments, however, might prefer dealing with the BJP, which tends to shell out big money to cover front pages, rather than get there organically).

The Hindustan Times was so excited by the landslide victory that AAP posted on Tuesday that it printed out a special edition, with  AAPOCALYPSE plastered across eight-columns in gigantic font, jumping the gun on everyone else.

Can you beat this headline!! HT Early edition on #DelhiPolls. Out on stands now. @htTweets pic.twitter.com/fPMS07nUeF

NDTV seemed to be inspired by the same euphoria, turning the landing page of their website into a giant celebration ad for the AAP.

By this morning, all the papers have had a chance to catch up with the early birds, casting around for as many AAP/Up puns they can think of and managing to fit AAP chief Arvind Kejriwal in just about everything.The Telegraph chose to mock prime minister Narendra Modi, turning the initials of his last name into "Mufflered Overconfidence backfires Defeated for the first time Invincible no more." The Ahmedabad Mirror, meanwhile, captured the mood at BJP president Amit Shah's son's wedding, with the headline, "BAAP sets the tone, AAP turns off music." The coverage was, of course, not confined to just the cover pages:

Many also pointed out the irony of Modi and the BJP having spent huge amounts of money on front page ads, up to Rs 5 crore on 9 newspapers in one day just before the elections,  while Kejriwal getting there on the back of his own victory.

A selection of newspaper front pages is below: 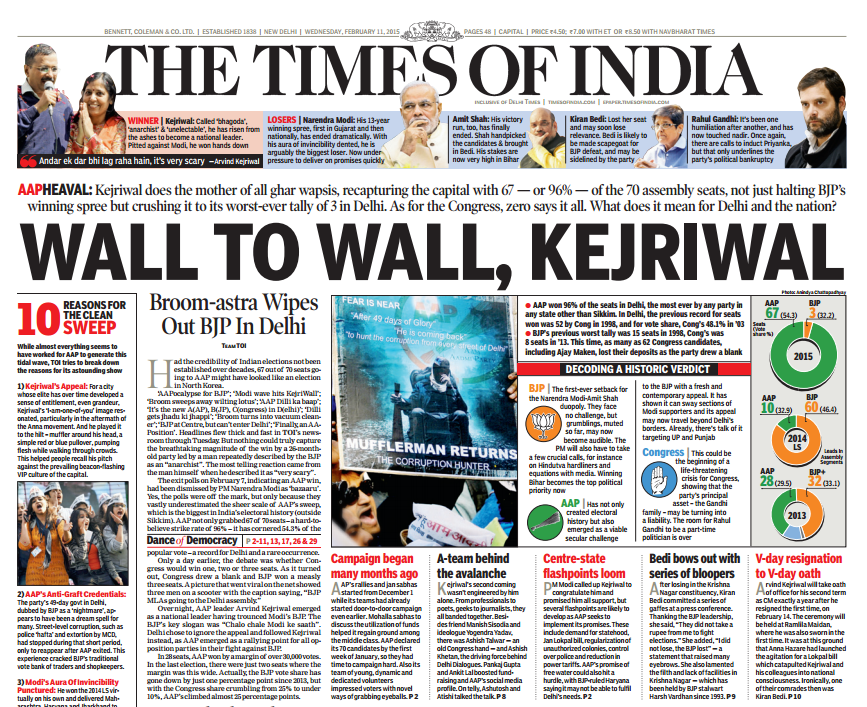 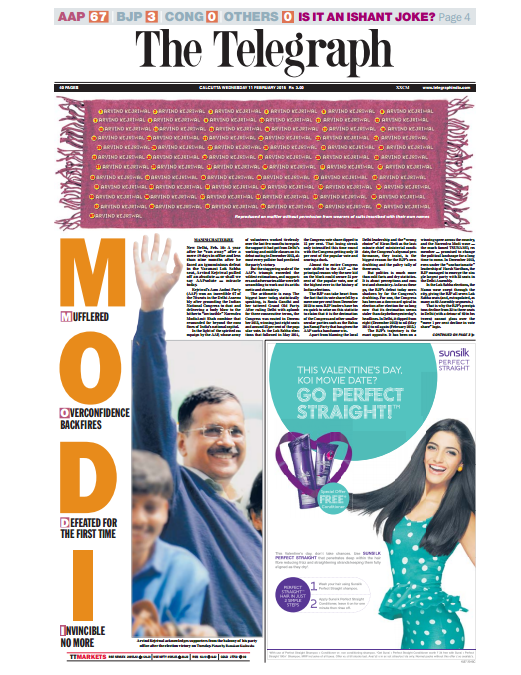 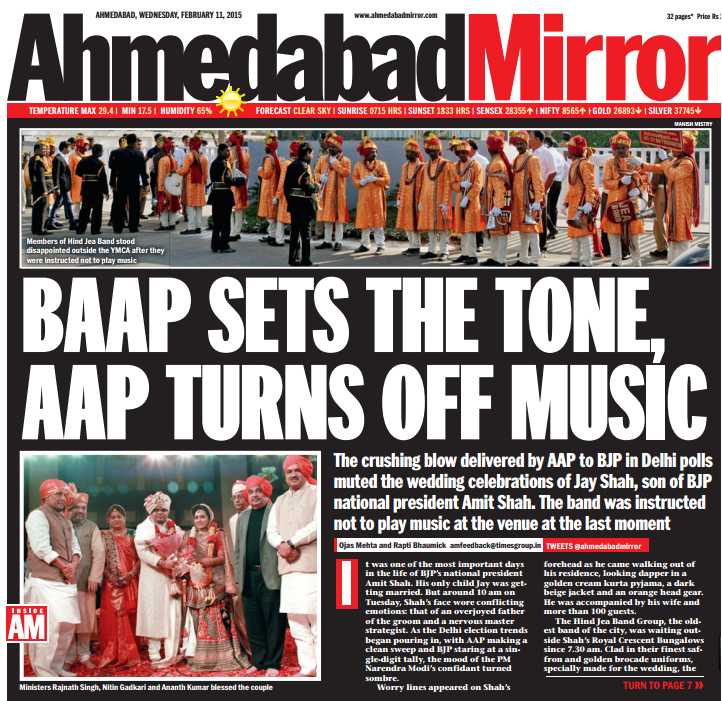 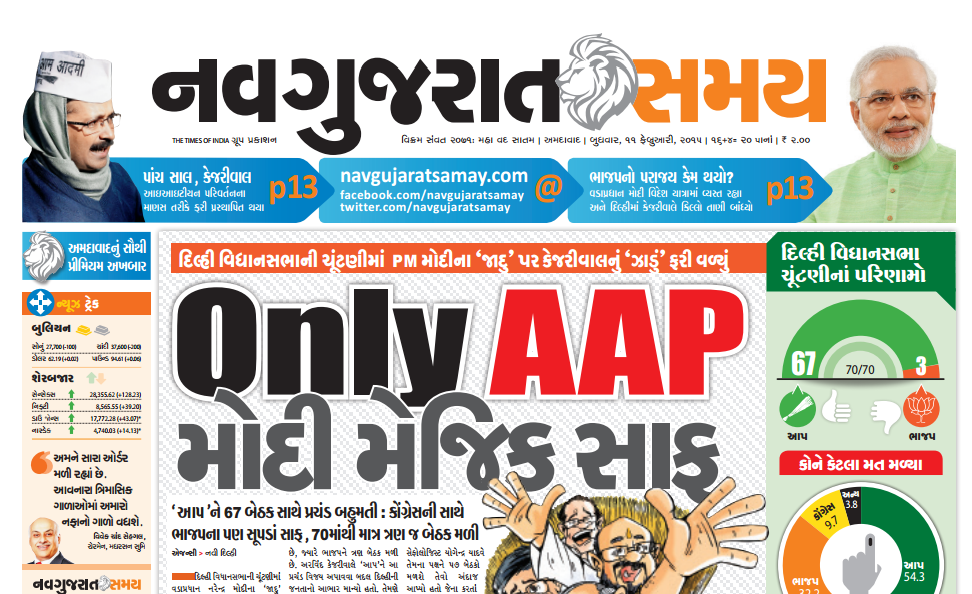 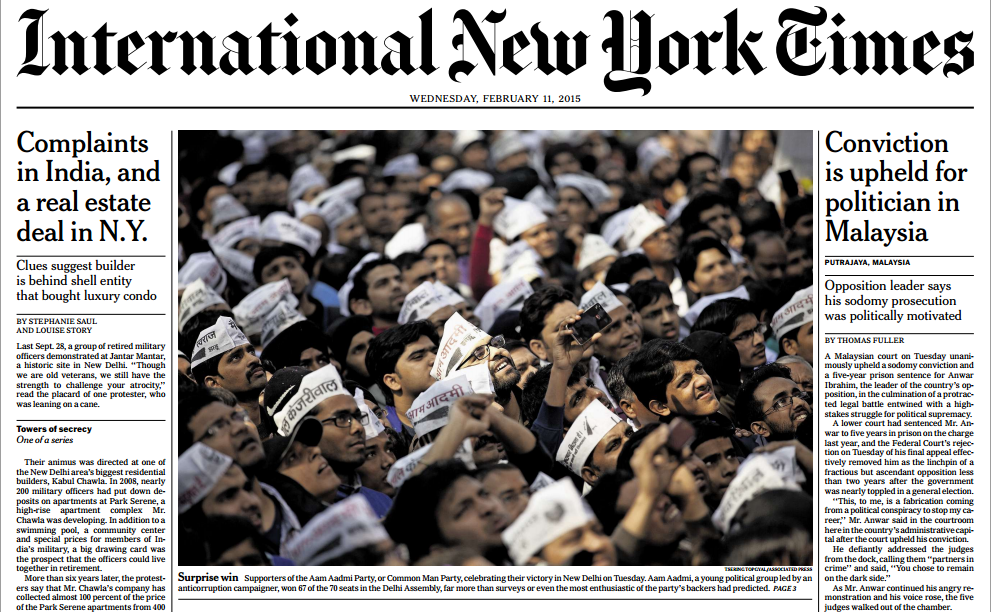 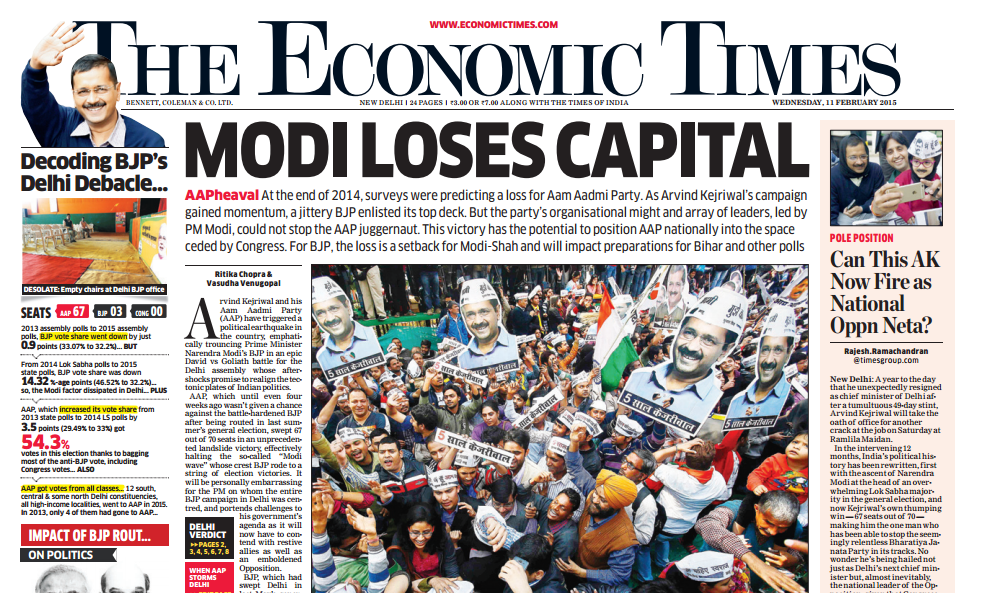 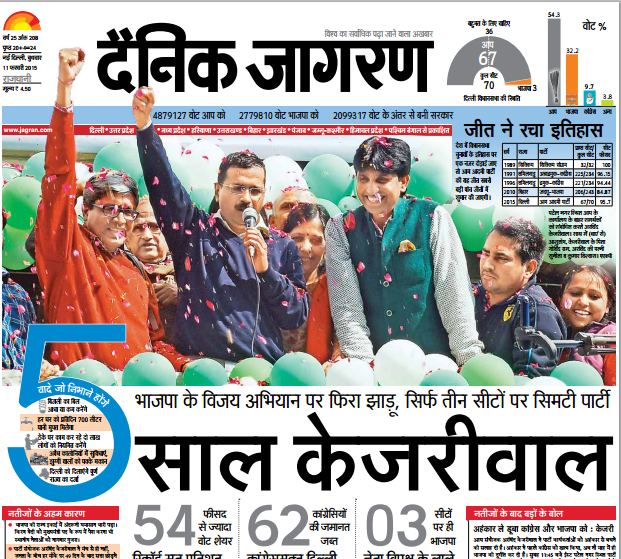 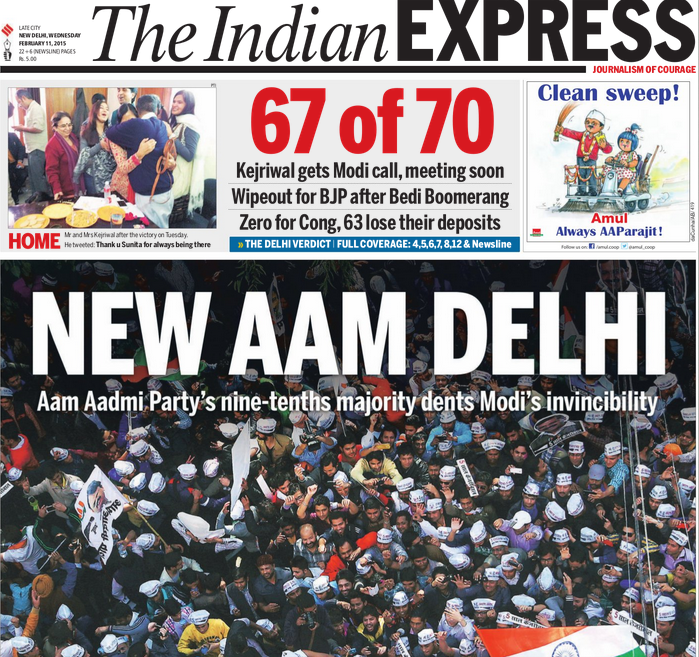 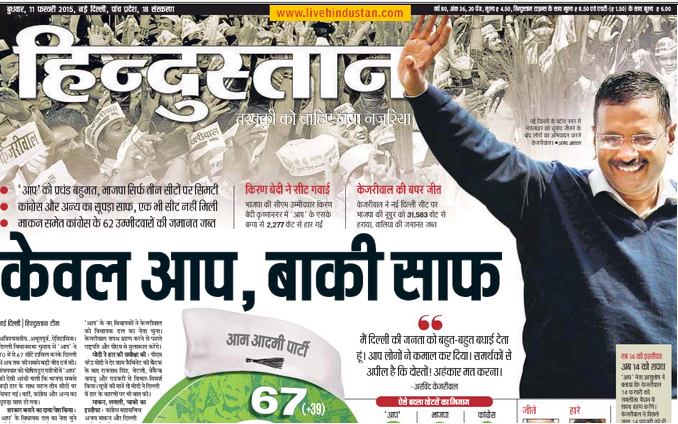 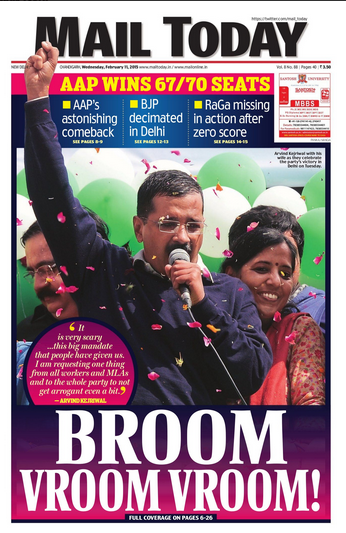