Contribute Now
Ad
For 17 hours over Monday and Tuesday, traffic on the national highway that connects Chhattisgarh to Andhra Pradesh came to a grinding halt. More than 1000 adivasis, both men and women, blocked the highway in protest against the arrest of Mutchaki Hadma, a primary school cook. The protestors brought food and utensils, pots and pans, and sat on the highway, determined to not budge till Hadma was released.

The protest started gathering steam in late afternoon as people from eight villages clustered outside the Tongpal police station where Hadma had been detained. Not only did people come from the Chhindgarh block of Sukma district, where Tongpal is located, but also from the Darbha and Kuakonda blocks of Dantewada district, many walking more than 20 kilometres.

Sukma and Dantewada districts are part of the Bastar region in southern Chhattisgarh, where armed Maoist guerillas have been fighting a prolonged low intensity war against the Indian state for more than three decades. The last decade has seen a heavy influx of government security forces in the region. Viewing local people as agents and supporters of the insurgents, the police and paramilitary forces carry out searches and interrogations in the villages, which have created a heightened sense of anger and resentment.

The crowds gathered outside Tongpal police station on Monday

40-year-old Hadma lived and worked in Hamirgarh village in Chhindgarh block of Sukma district. He was employed at the village primary school, where he cooked midday meals for the children. Late night on Sunday, according to villagers, the police swept down on the Kolakonta hamlet in the village, dragging people out of their homes. Dulgo Pandu, Hidma Podiam, his 27 year-old wife Mado Podiami and 70-year-old mother Pande were allegedly pushed and slapped, with the police asking them to identify those who were helping the Maoists.  Manglu Markam said Rs. 6500 was taken away from a rice sack in his house. Joga claimed a small pot of coins was taken away by the police.

Eventually, the police rounded up eleven men, including Mutchaki Hidma, and brought them to Tongpal police station next morning. Lakmu Nag, the newly elected sarpanch of Hamirgarh, rushed to the thana demanding the release of the men who had no charges against them. With the entire village pressing the release, the Tongpal thana set free 10 of the 11 men late into the evening. But the police kept Mutchaki Hadma whom they promised to release the next morning. They said they needed to conclude their enquiry with him.

Next morning, however, instead of releasing Hadma, the police produced him in the court of the chief judicial magistrate of Dantewada, booking him for offences ranging from murder, rioting, carrying deadly weapons, unlawful assembly, among others. 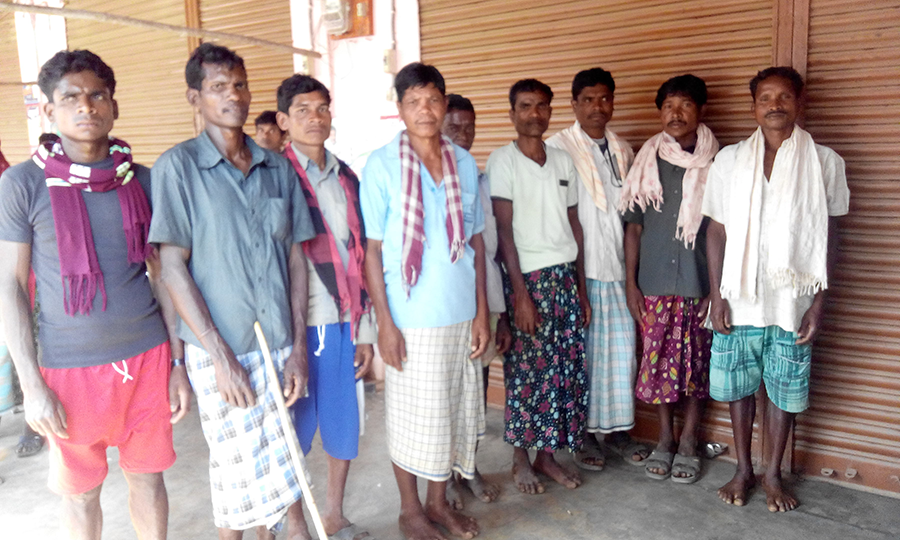 Hidma Kawasi, a resident of Hamirgarh village, who was part of the Monday protest, claimed the police action against Hadma was part of a long chain of harassment that began soon after Anil Thakur, a police informer, was kidnapped and murdered by unidentified armed men near the village six months ago. Angered by Thakur’s death, the force began harassing the villagers, insisting on their involvement in his murder.
The police station supervisor of Tongpal, Shishupal Singh, confirmed to The Hindu that Hadma had been arrested in connection with Thakur's murder. "Hadma was present with the Maoists during the murder,” he said. Speaking with Scroll  on phone, he added that since the villagers were hiding their real names, the police had to bring eleven men to the thana. Once the sarpanch came to the thana and identified the men, it became possible to isolate Hadma and produce him in court.

"This is utter rubbish," said an agitated Hidma Kawasi. "Why are we being unnecessarily implicated," was the common refrain heard among the men who had gathered outside Tongpal station. Kawasi alleged that he had himself been picked up from the Tongpal bazaar recently and kept in custody for five days where he was brutally beaten by policemen. Once released, he went to a private hospital for treatment, suffering the humiliation silently.

But when he heard about Hadma's arrest, it touched a raw nerve, and brought him to Tongpal to take part in the protest. "We find it extremely difficult to lead normal lives in these circumstances. We have to remain constantly under the fear of being rounded up from inside our homes or while out in the bazar for regular purchases," he said. "Enough is enough, this cannot be tolerated any more." Several agitated villagers echoed his views. 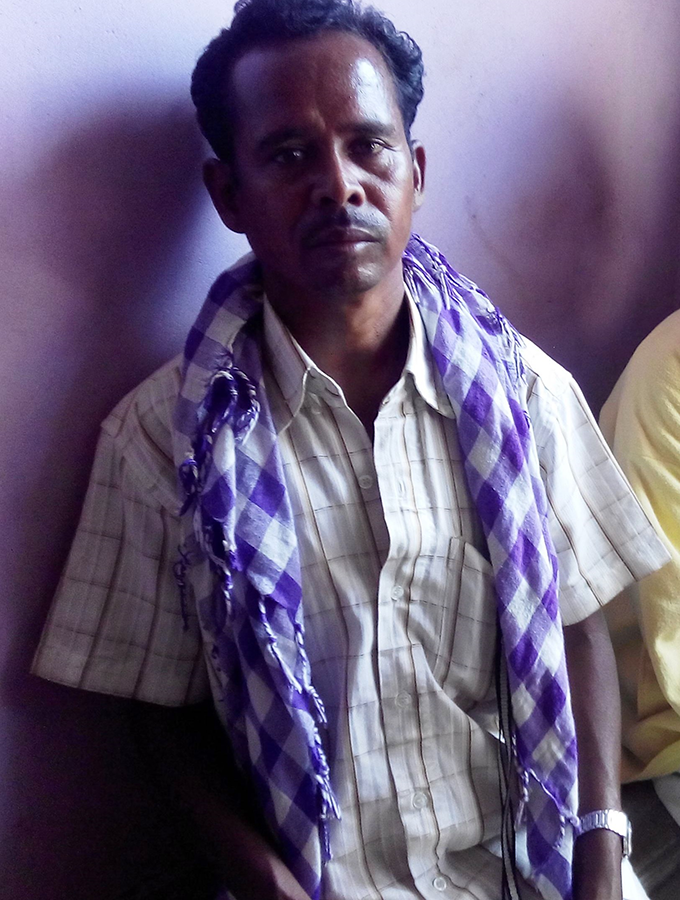 Kawasi Hidma was arrested for taking part in the protest

Early Tuesday morning , the police forced its way through the chakka jam, pushing the men and women to clear the highway. Kawasi Hidma and two others, Podiyami Budra and Mandavi Ramji, were arrested on the charge of assembling for creating lawlessness.

But the question that people asked was who is more lawless – the villagers who hold up traffic on the national highway, or the police which forces itself into people's homes, rounding them up without warrant, and detaining them without arrest.

By late Tuesday afternoon, the activist and Aam Aadmi Party leader, Soni Sori, reached the site of the protest, along with social activist Bela Bhatia. After much explanation, the villagers accepted that Mutchaki’s case now lies with the court and therefore needed legal procedures to deal with it. However, they were unsettled by the arrest of the three protestors and demanded their early release. Sori spent Wednesday negotiating the release of the three people with the sub-divisional magistrate who had come to the police station.

Until Thursday morning, the men hadn't been freed. Hundreds of adivasis continue to sit on protest in a ground at Tongpal. They have threatened to walk 50 kms to Sukma district headquarters to demonstrate outside the district collector's office. Sori said she had persuaded the protestors to wait until noon. "If the men are not released, I will not be able to stall the march," she said.

This is the second large scale demonstration in the region this year. Last month, adivasis had taken out a 5000-people strong rally in Dantewada district to protest the shooting of a man allegedly by security forces in the block of Kuakonda. That protest had seen the participation of people from 20 villages. Activists believe the scale of the protests reveal the extent of resentment brewing among the people against the police. But the police station supervisor of Tongpal attributed the large assembly of people on Monday to "all kinds of influence in this region."