Become a Member
Ad
Rising temperatures have been a long-established and obvious result of local deforestation in a tropical country like India. But the country also faces a huge threat from the impact of global deforestation. According to the latest research out of the Indian Institute of Science in Bengaluru, large-scale loss of trees in boreal forests around the world will lead to a monsoon weaker by 12% in South Asia. India can lose up to 18% of its present monsoon rain.

Boreal forests are high-latitude forests along the edge of the southern Arctic in Russia, the Scandinavian countries, Canada and Alaska. These forests cover about 12 million square kilometres and have one-third of the world’s plant matter. Global forest monitoring network, Forest Watch, released a report last year that showed Canada leading the world in the amount of virgin forest destroyed since 2000, followed closely by Russia.

A change in land use from forests to crop land is accompanied by greater carbon dioxide and other greenhouse gas emissions. What also changes is the amount of light that the land emits, a phenomenon called albedo. These chemical and physical shifts combine to affect atmospheric warming.

Taking these factors into account, researchers Govindasamy Bala, N. Devaraju and Angshuman Modak from IISc's Divecha Center for Climate Change built three-dimensional climate models to gauge the impact of deforestation on rainfall around the world. They ran experiments in which they simulated removing forests globally and then in the boreal, temperate and tropical belts respectively. They found that boreal deforestation results in the largest flux in temperature. These changes in temperature pushed monsoon-bearing atmospheric circulation southward, resulting in less rainfall across the northern hemisphere – in East and South Asia, North America and North Africa. 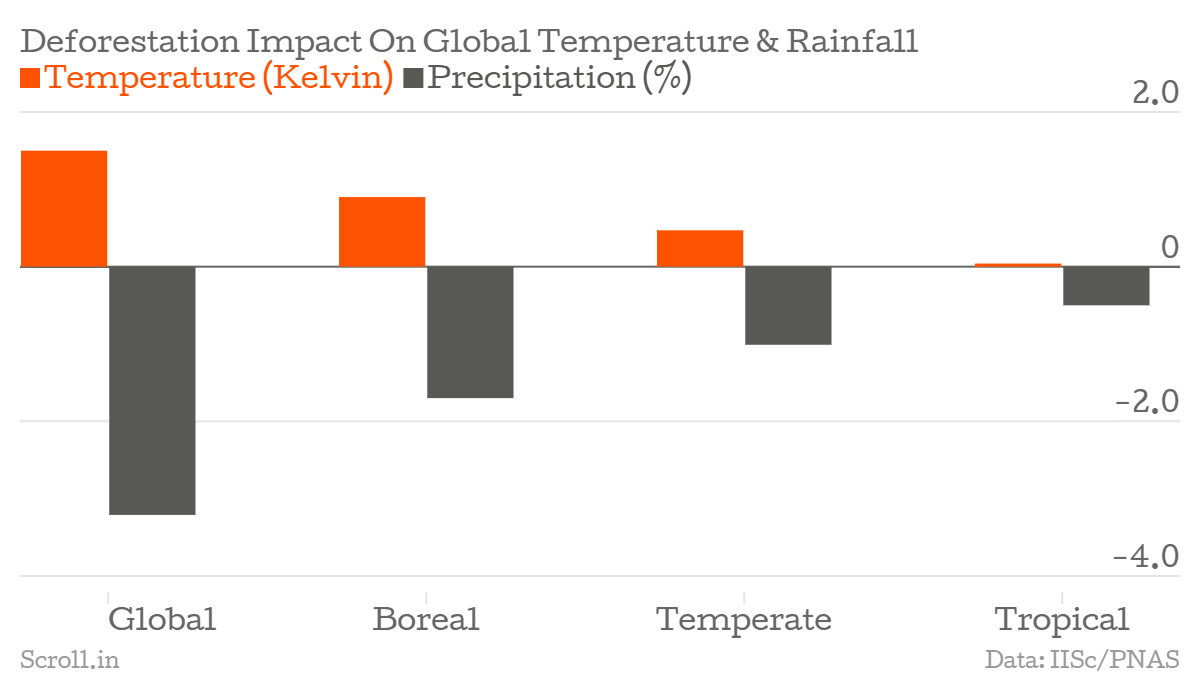 Looking specifically at the impact on India, the researchers found that local deforestation would lead to the largest increase In surface temperatures across the country. 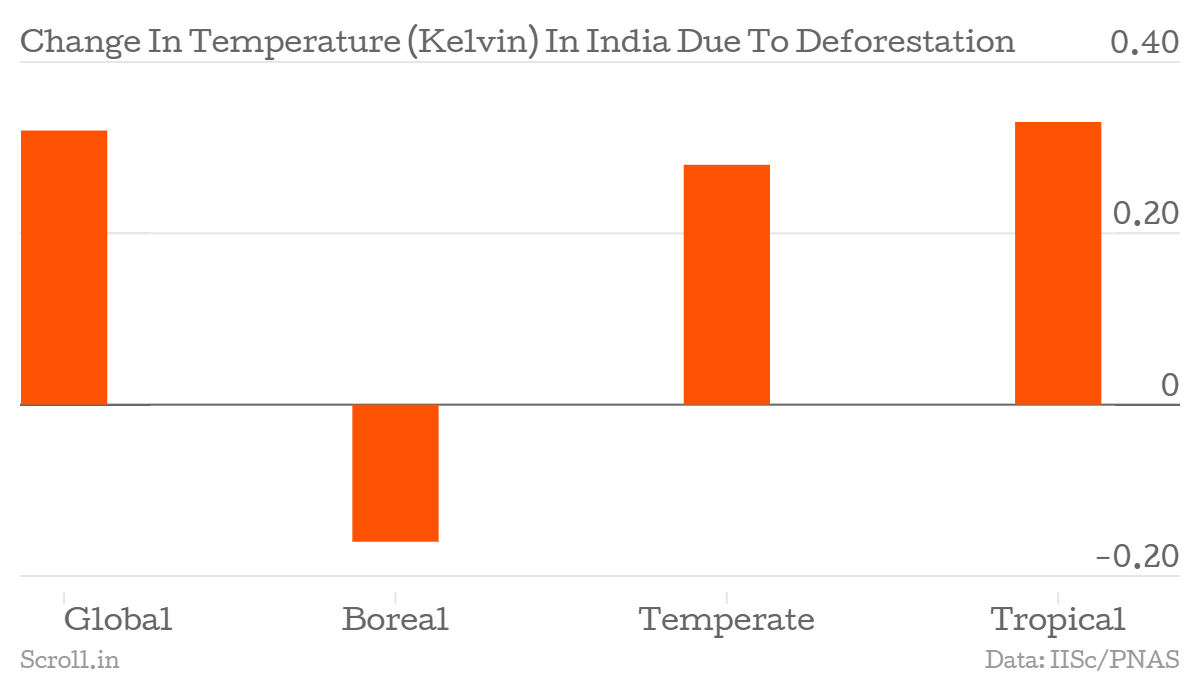 However, the simulations showed that deforestation in boreal and temperate forests had a bigger impact on rainfall in general and on the Indian monsoon in particular than local land use changes. 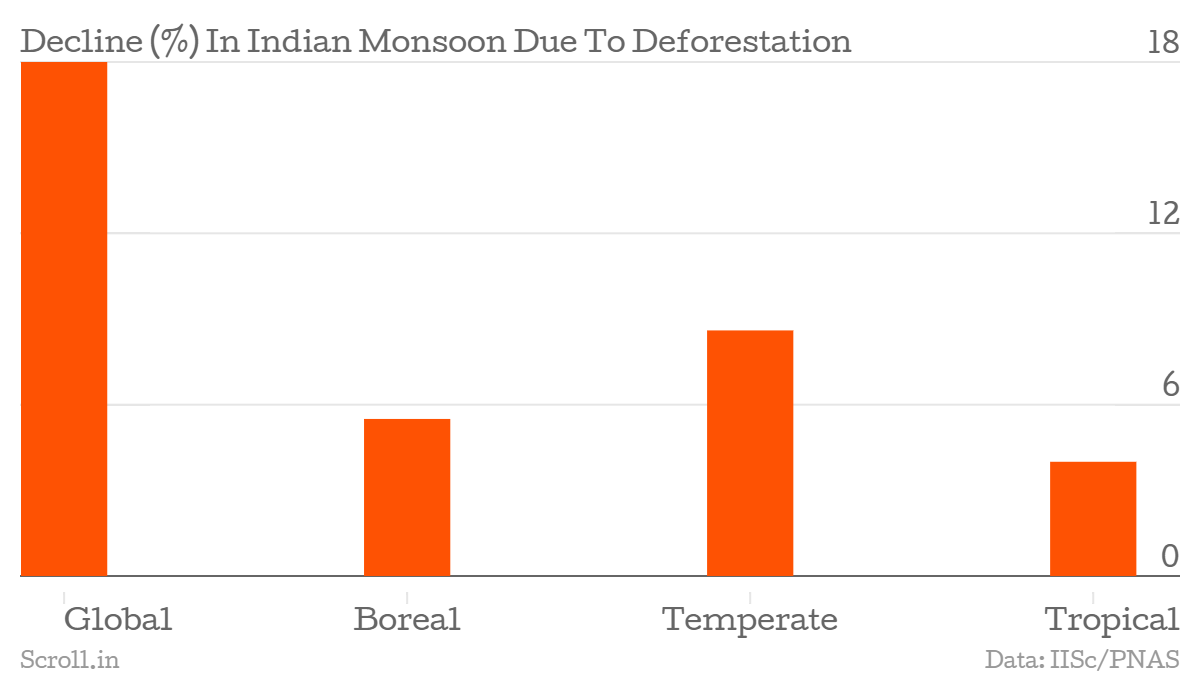 India already shudders at the thought of a single year with a bad monsoon, such as an El Nino year, with farmers and economists spending months praying for the rains and calculating losses.

In 20 years, only 0.3% of questions raised in Parliament were about climate change: Study