Contribute Now
Ad
One late evening in April, a senior official with the Mizoram health administration sat in his office in Aizawl, frustrated and angry. It was dark outside. Most of his staff had left for the day. “If they delay it by two months it is okay, if they delay it by three months we may manage, but it is four months now,” said the official, with discernible worry.

The Mizoram Health Society, which decides how healthcare funds get used in the state, was to get Rs 25 crore from the treasury last November. That was the third and final instalment for the year 2014. Even today, the society is waiting for the funds transfer.

While the official watches helplessly, all around him the healthcare system is collapsing.

Funds are needed for running hospitals and clinics, for programmes fighting malaria, tuberculosis and disease control, for immunisation, family planning, childbirth and care of new mothers. The delay is disrupting them all. “It’s not that our funds don’t come,” the health official said. “They eventually do. But the problem is the mismatch between the routing of funding and the needs of the schemes.” To tide over these shortages, he added, “We are telling staff to take loans to keep the work going. That we will reimburse them when the money comes.”

In the meantime, the department is cutting back on essential services.

About 200 kilometres from Aizawl, in Champhai district, a white-coloured caravan makes its way down rutted and broken roads. At the head of the Champhai health administration’s mobile medical unit is a minibus with doctors and nurses. Behind them follow two more minibuses, one carrying an X-ray machine and the other bearing a laboratory.

Till last year, the mobile medical unit used to range across this district in eastern Mizoram, spending as long as a week in every village. With money drying up, things have changed.

Its trips are more sporadic now. Zalawma, a former serviceman who now drives the minibus with the X-ray machine, says the unit now covers shorter distances of 50-80 kilometres and then heads back, leaving behind the rest of the 230 km long, 90 km wide district. There is no way it can cover all the 83 villages in this remote and sparsely-populated part of India. Last year, the mobile medical unit did not function at all for two or three months.

Zalawma says he has not been paid his salary since last August. The only reason he manages despite this is because of his Rs 11,000 pension. Those without pension, he says, are having a hard time. “They are borrowing from everywhere.” 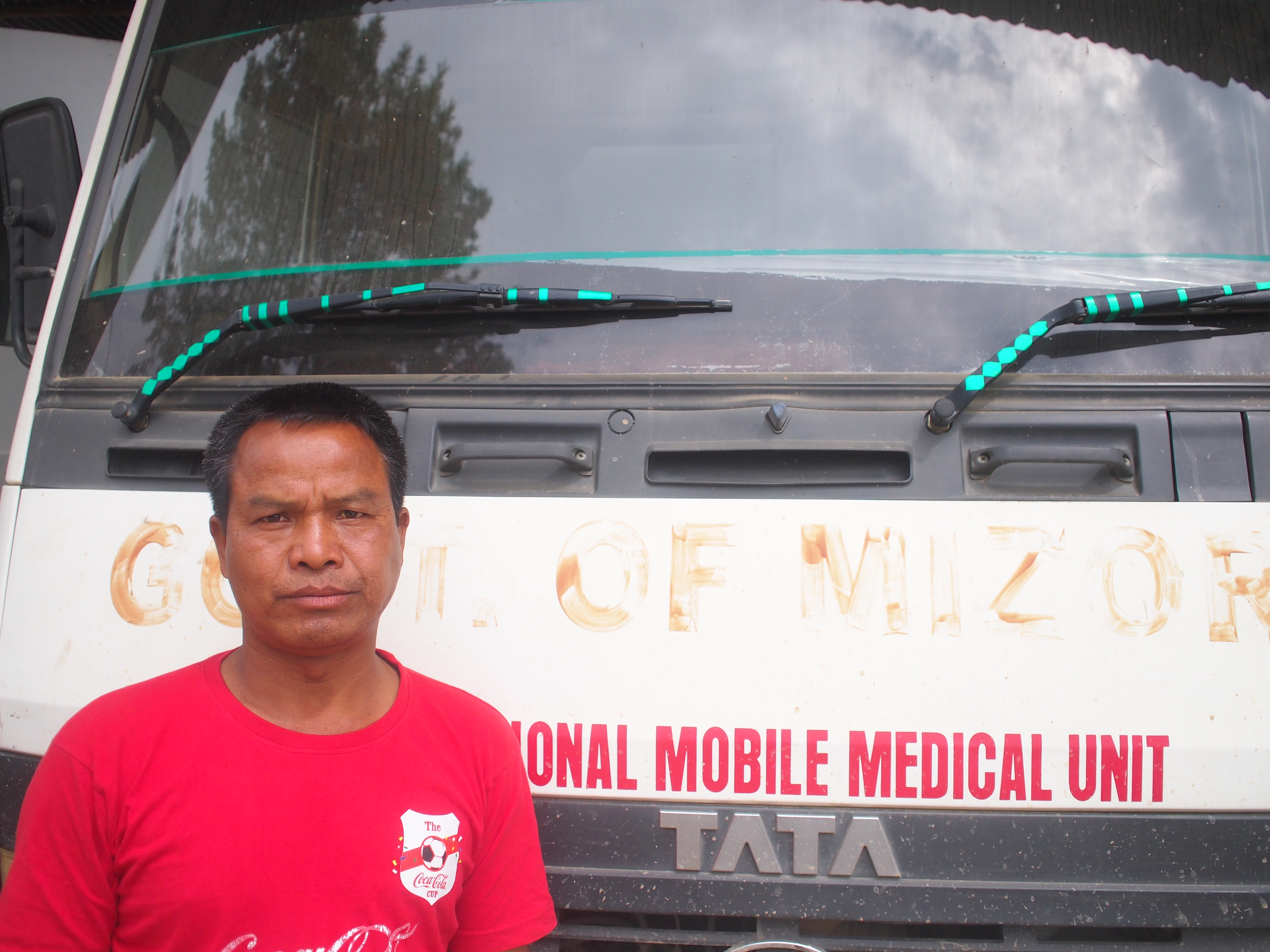 Grimmer than the medical workers’ situation is the state of the populace. Most people here subsist on livestock and farming, neither of which yields much cash income. But since the medical units are not coming to them, they are being forced to pay to travel to the units or to Champhai for health check-ups.

“The mobile medical units used to reach people who were far away from the primary health centres,” said Dr Lalnuntluangi, Champhai’s medical superintendent. “There are some people who cannot travel. Normal people can always come. But people with HIV, if they do not have the money, they may not be able to come.”

It has been four or five months since the district administration received funds from the state health department, says Lalnuntluangi. This delay has put the local administration in the impossible position of choosing between running local medical infrastructure like the hospital and primary health centres, programmes such as immunisation, and keeping the mobile medical units on the road. In Champhai, it has picked immunisation.

The mobile units travel only when funds arrive. “We need money to buy medicines for the free clinics, dearness allowance for the staff, and fuel for the vehicles,” said Lalnuntluangi. “We stop work and start again when the money comes. We cannot go when there is no money.”

Even then, there are complications. The unit’s doctor has left and there is no replacement. The mobile unit runs by borrowing doctors from the civil hospital which, in turn, affects the hospital. This, says Lalnuntluangi, is another reason why the unit is making shorter trips than before. 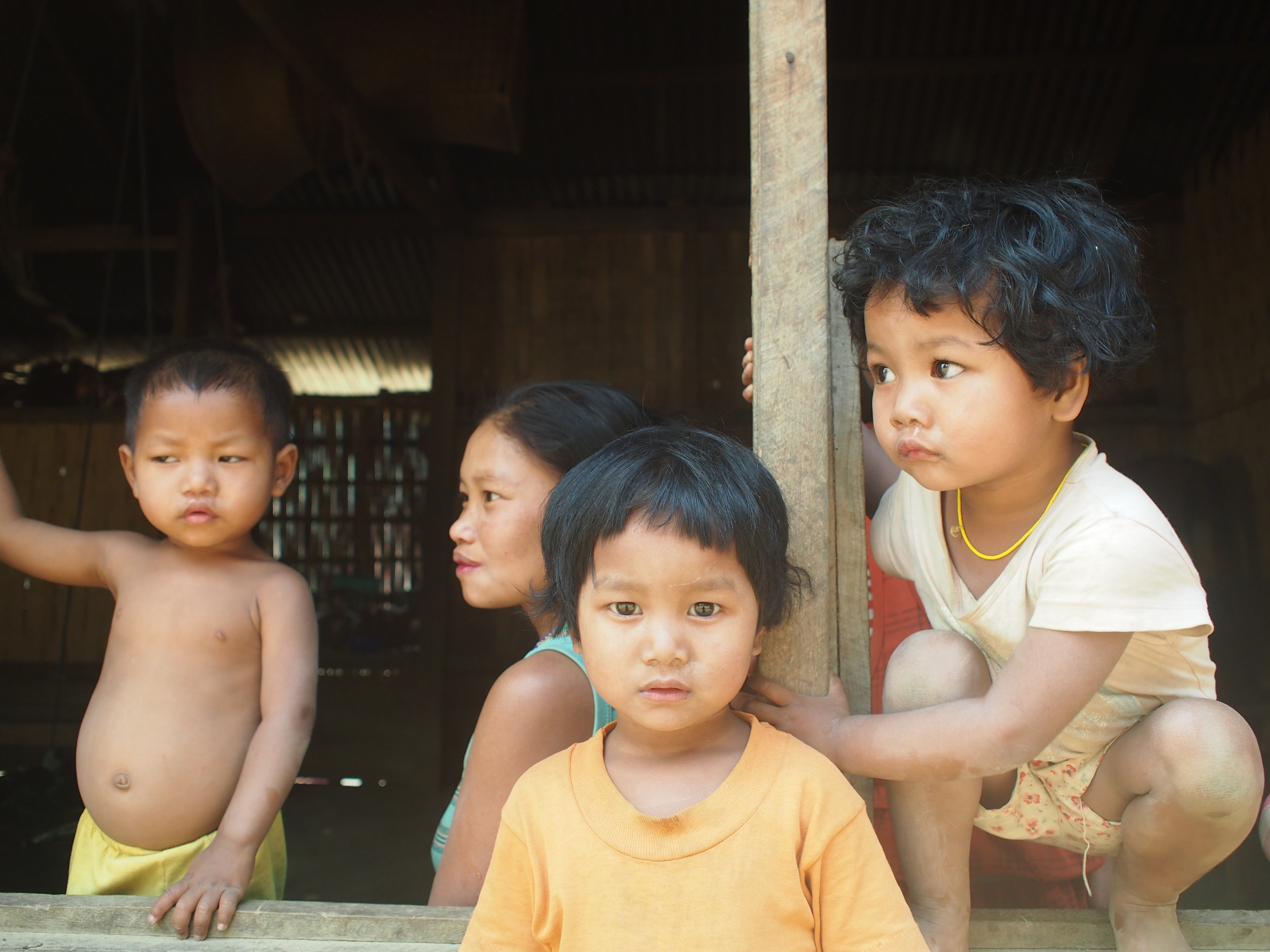 Children in Zochachhuiah village in Lawngtlai. Faced with insufficient funds, the state health society is prioritising immunisation over everything else.

Similar choices are faced by the Mizoram health society at Aizawl. Across the state, while the immunisation programme is being protected, other services are witnessing cutbacks. Medical staff, for instance, has not been paid since January, and there is a shortage of medicines for drug-resistant tuberculosis.

The Janani Suraksha Yojana, a scheme to reduce neo-natal and maternal deaths, has suffered the most. “The Ashas [accredited social health activists] are not getting any payment,” said the senior official in the Aizawl office. “The hospitals have not been paying the mothers either.”

How did things reach such a pass?

According to the official, the problem started with a change during the final months of the United Progressive Alliance government in how funds flow to Mizoram’s health society. “Under the old system, the money came to the Health Society directly from the Union Ministry of Health,” he explained. “But now, the Central ministry sends money to the state treasury, which then releases it to the society.”

The trouble is that “the money gets stuck in the treasury”. said the senior official on condition of anonymity. "It is not releasing the money on time."

To understand why the treasury is holding up funds for healthcare, it is important to look at the state’s economy first. Like other states in the North East, it depends on the Centre for most of its funds. Revenues generated within Mizoram are a tenth of what the Centre gives it each year.

Between state revenues and its share of Central taxes, Mizoram gets Rs 1,580 crore to spend any way it likes. The rest comes with preset uses. However, in the recent past, the state’s expenses have exceeded Rs 1,580 crore.

In 2010, Mizoram accepted the Sixth Pay Commission’s recommendations and increased the salaries of state government employees. Between that and subsidies on power, food and water alone, the state is spending close to Rs 2,000 crore each year.

This has created a cash flow problem for the state government. It has high monthly expenses but unpredictable monthly income – it doesn’t know when the Centre’s allocations will come.

Unable to balance expenses and inflows, it periodically runs out of money. At times like these, it either has the choice of borrowing from banks or, like the hapless official in the Health Society, of redirecting funds towards expedient or urgent needs. It chooses the latter, rerouting Central allocations towards meeting its monthly expenditure like government salaries.

When the Centre decided to send healthcare funding to the state treasury instead of to the state Health Society, this swamp of expediency engulfed that money too.

In Mizoram, delays in allocations have become the rule, not an exception. As previous stories in this series of Scroll.in have described, funding delays are threatening the AIDS programme, forest guards in the Dampa Tiger Reserve have not received salaries for six months. In March, students went on strike protesting about delays in their scholarships. Teachers in middle schools, recruited under the Sarva Shiksha Abhiyan, are facing similar delays with their salaries.

This pattern extends beyond welfare programmes. Take the Pradhan Mantri Gram Sadak Yojana, a programme for building roads linking villages to larger thoroughfares. According to an official in the state Public Works Department, it was to get Rs 54 crore in September. However, till now, it has received only a part this money, in four instalments spread over January, February and March. The balance of Rs 19 crore is still with the finance department. 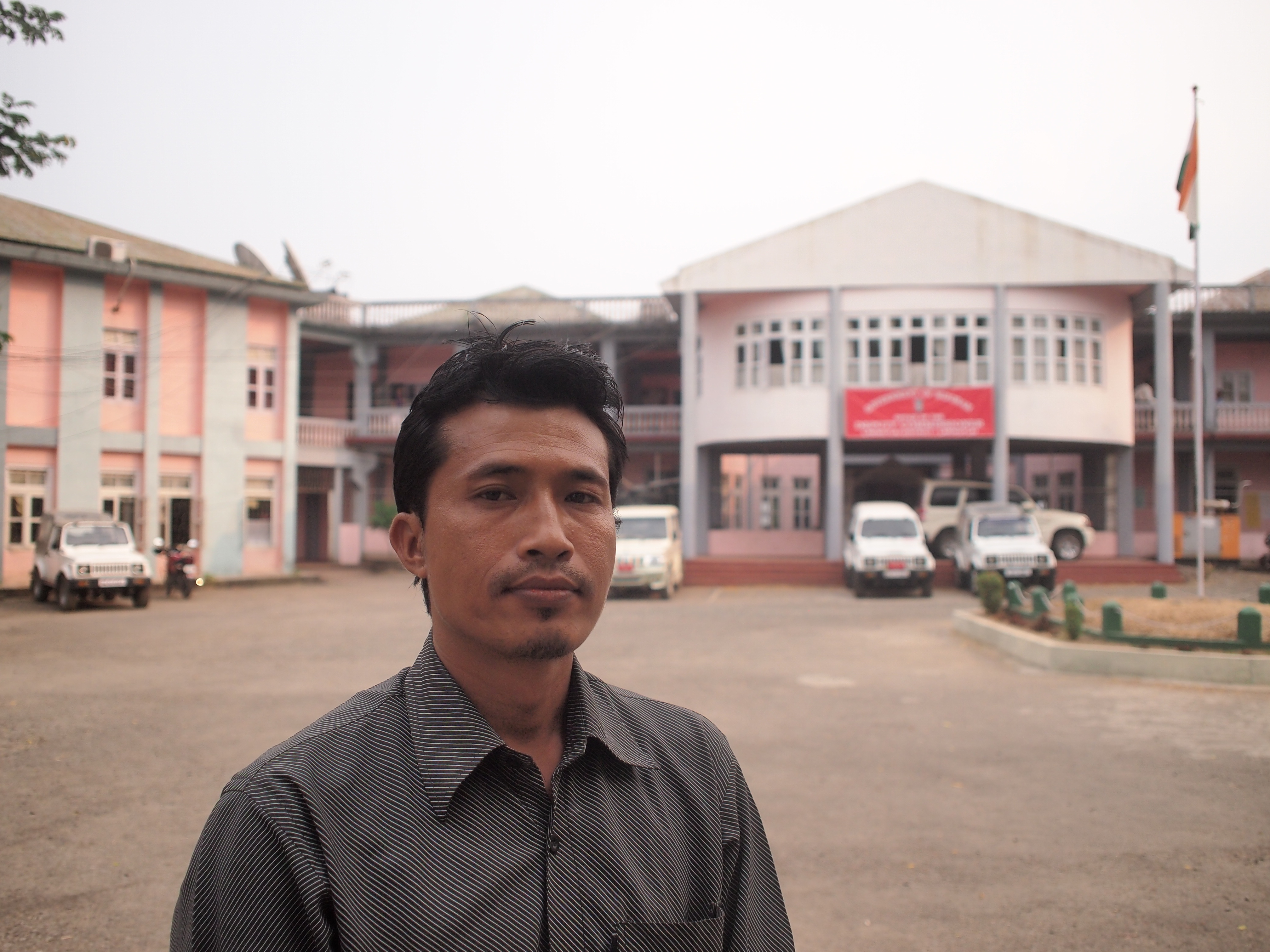 Funding delays are not limited to just the health programme. T Lalramliama, a school teacher and a graduate from the Pune University, is now driving an autorickshaw to support his family.

Not all of this can be blamed on the Centre. The state administration runs a loose ship. It is overstaffed. It runs large welfare programmes like the New Land Use Policy, which was meant to create alternative livelihoods for jhum farmers but is mainly used by the ruling Congress government to dispense political patronage. Furthermore, these delays are not unique to Mizoram. “Every state in the North East is facing this problem,” said the health official. “Money is being pooled in the finance department.”

Still, what is worrying is that things are going to get much worse.

An overhaul of central funding to states is underway. Acting on the 14th Finance Commission’s recommendations, the Centre will from now on give states a larger share of central tax revenues – from 32% to 42% – while cutting back on the programmes it funds in states.

This includes both states’ development schemes and recurring expenditure (like salaries) for some centrally-funded programmes.

Abhijit Sen, a former member of the erstwhile Planning Commission, says the 14th Finance Commission’s recommendations will hurt states like Mizoram. They will “lose more than the additional tax devolution they get. They will find a large source of money is no longer there”.

Till now, officials in the Mizoram finance department do not know precisely what the new allocation will be. An official in the state’s planning department said, “Till now, after discussions with the Planning Commission, the size of the state budget used to be fixed in January and the allocations would come in March.”

This year, however, that process has not taken place – partly due to the decision to scrap the Planning Commission. “So far there is no allocation from the central government,” said the planning department official. “There is no indication either about the allocation. The 14th Finance Commission has released some numbers. But we do not know how much we are getting.”

If the allocation does fall, can the state make up that deficit? In recent months, the state government has increased the cost of food in its ration shops. It has repealed prohibition even at the cost of displeasing the Church in a state where 85% of the population is Christian. The state government’s fiscal policy statement for 2014-’15 says it expects to earn Rs 30 crore-Rs 40 crore more annually as excise from alcohol. But that is nowhere enough.

One way out of this mess could be provided by new planned roads that seek to connect Mizoram to the rest of the world. The Kaladan Multi-Modal Transit Transport Programme, for instance, will link Mizoram to Sittwe, a port in Burma, but it is running late on the Burma side.

For the people of Mizoram to get better healthcare, the state government will have to think of something else and fast.