Kevin Bathman is collecting stories about people like himself. Since 2012, Bathman, a 38-year-old Sino-Indian who now lives in Australia, has gathered hundreds of images of other mixed-race people for a project he calls The Chindian Diaries. Many of the people on the project's Facebook page and website are from Malaysia, where he was born, and from neighbouring Singapore, though a few from Australia too. “It’s a very organic project, without much planning,” Bathman said.

Bathman started the project after he attended a storytelling workshop. “They asked us to figure out the stories of our ancestors, our grandparents,” he said in a conversation with Scroll.in. “While researching, I got to know about my paternal grandparents." Bathman's grandfather was born in Kuala Lumpur to parents from Thanjavur and his grandmother was from China. "I wanted to find other stories like mine," he said, "but the Sino-Indian community did not have much focus in the media.”

Here are some of the stories he has excavated. 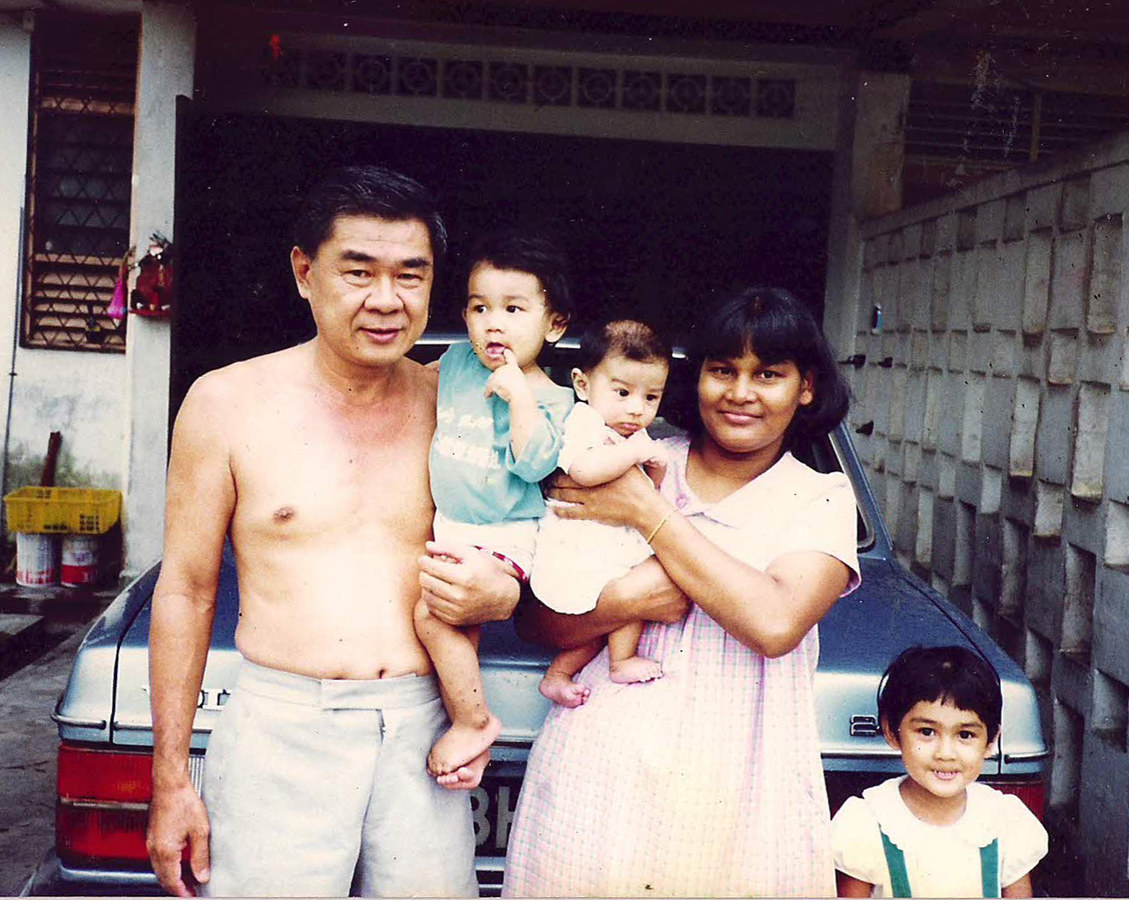 Liew Than Choy, Pachiama Veersamy and their children; image submitted by Natalie Liew.

Just last month, Natalie Liew wrote the story of her parents for the project. Her father, Liew Thian Choy, was born in 1939 and is 24 years older than his wife, Pachiama Veersamy. Both had been adopted by Chinese families when they were just children; Liew because his parents had died in the Japanese occupation of Malaysia, and Pachiama because her parents were too poor to keep all ten of their children. They met at a mah-jong enthusiasts society in Bentong, Malaysia, dated for two years and decided to stay together for good in 1983, when they got married despite opposition from his family. 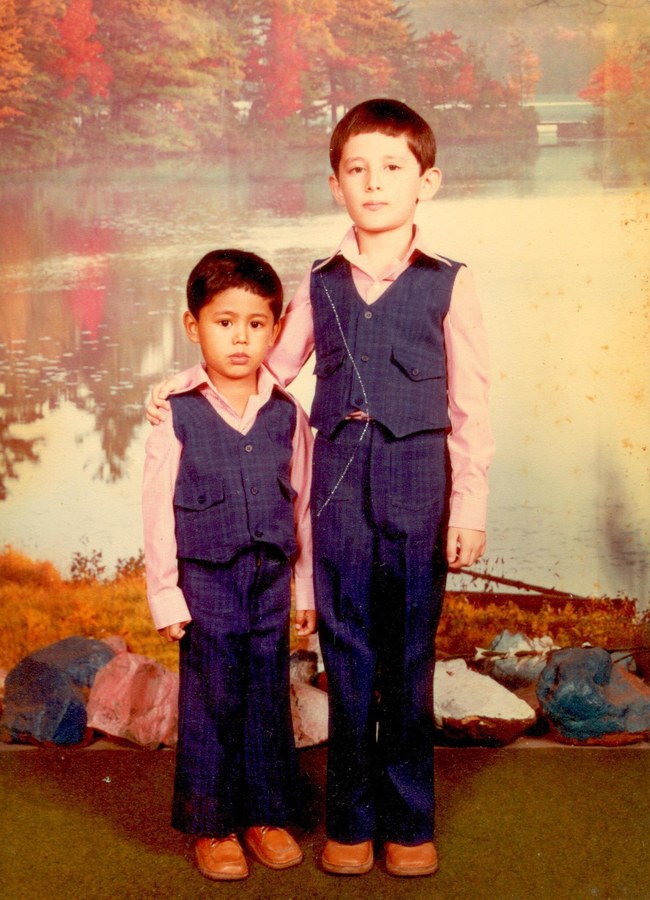 Nick Tay, a child of an interracial marriage, wrote a first-person account for the site. He was born in 1976 in Malaysia to an Indian mother and a Chinese father. His mother died when he was six, and his two aunts took responsibility for him and his two siblings. Never having approved of their brother’s marriage outside the community, his aunts picked on Nick because he was darker than his siblings. They would call him “Black Devil” in Hokkien and cook only seafood, to which he was allergic. When his father found out that he had been eating only rice and vegetables, his aunts cooked him liver instead. 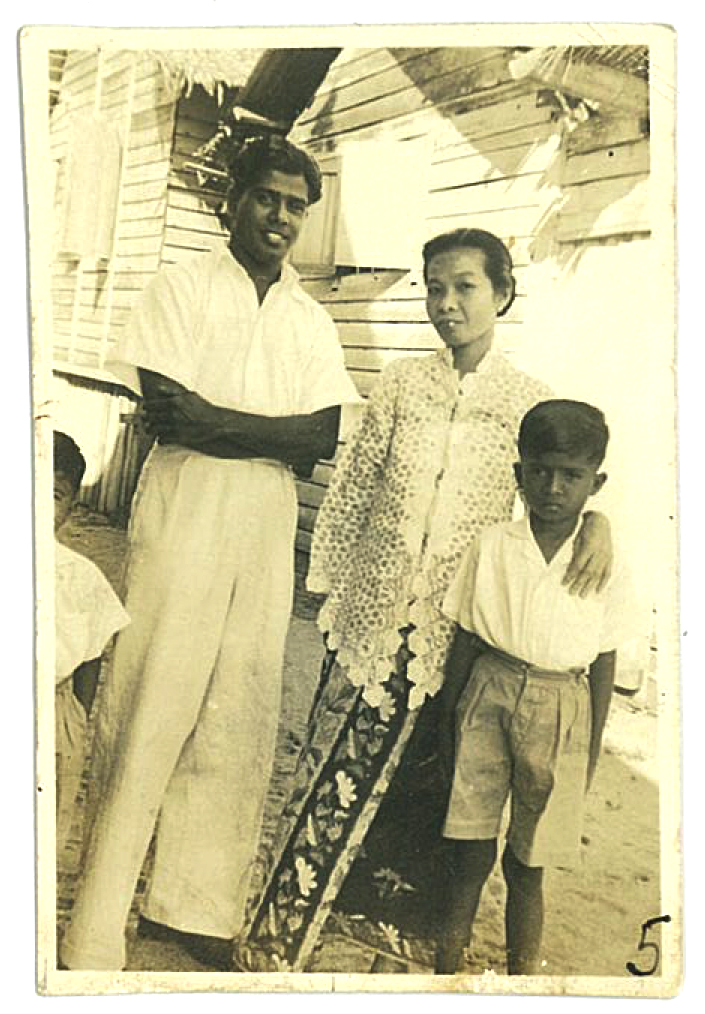 Bathman's grandparents with his father in 1940.

Interracial children and mixed marriages might not be unusual any longer, but they are still not entirely acceptable even today, as Scroll.in reported recently. In Malaysia, children of such unions were bullied for having dark skin, and of being of indeterminate origin. 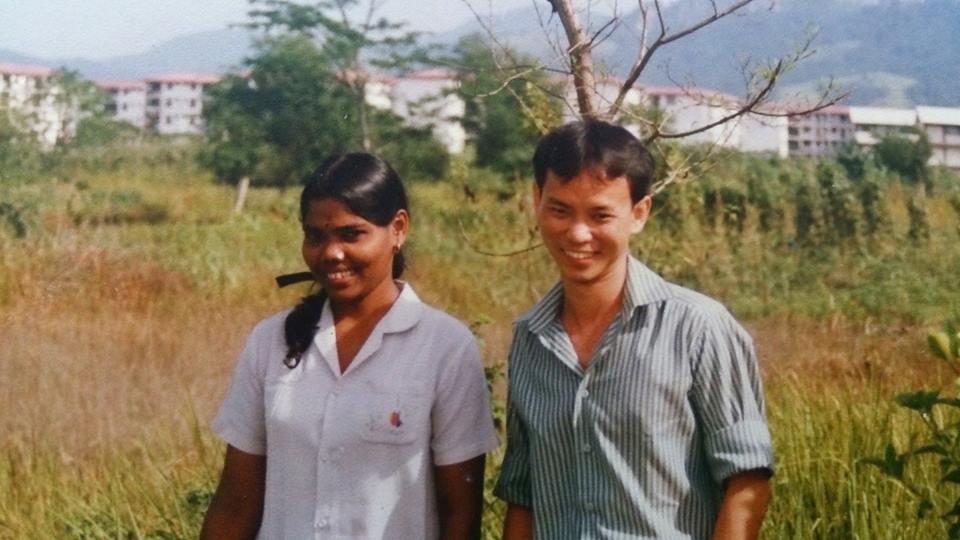 Palaniamah Muthan and Ho Weng Foo married in the late '80s in Kuala Lumpur. Muthan had to work as a cleaner to support her daughter through school until she graduated from her nursing course. Image submitted by Pushparani Adeline Mary Ho.

Growing up in Malaysia, Bathman had to choose between being classified as Chinese and Indian because there was no official category for people of mixed race, except for Eurasians.

Malaysian schools, he said, had different cultural studies classes for people of different ethnicities. “When I went to the Indian class, they said I was Chinese, that I was in the wrong class, but then a lot of people thought my dad was Indian when I went to the Chinese class," he said. "I had a different experience from other Chindians. The first generation is much darker and they were bullied and teased for skin colour. I had problems with identity.”

While mixed-race marriages are slowly becoming more commonplace in a globalised world, Bathman’s grandparents, who married in 1935, were among the first in their generation to look beyond race. They married despite opposition, and his grandmother’s family disowned her. Undeterred, she assimilated Indian culture and learnt to speak Tamil and cook Indian dishes. She even changed her name. The oldest image in his collection is from 1935, of his own grandparents, he said, and most photos are from the 1960s and '70s. 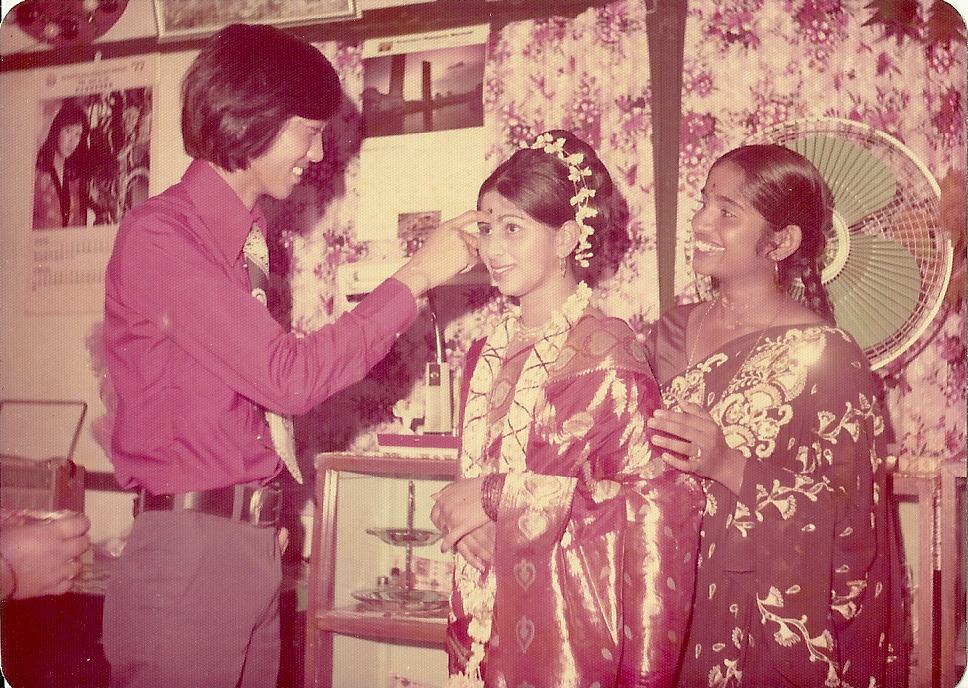 Roland Goh and Pandari Devi met in 1975 in a medical lab in Malaysia. They fell in love the moment they saw each other. True love prevailed two years and many clandestine meetings later, when their fathers finally acknowledged that being happy was more important than their ethnicity. Image submitted by Mollyna Goh.

“One of the reasons there are so few records of interracial marriages before the '60s and '70s is that these are all ex-colonial countries, where they follow the traditions of the fathers,” Bathman said. “Because of this, many mixed-race children forget the traditions of their mothers.”

Bathman now hopes to visit India to see if there are any Chindian communities in the subcontinent.

“I would love to find out about my own ancestry and what it was like back then,” he said. “It’s really quite strange because I don’t look Indian, but I resonate more with Indian culture.”