Contribute Now
Ad
As we prepare to deal with the fallout of the choices of the Greek voters, all economic eyes are pointed squarely at Europe. For good measure: The outcome of Sunday's referendum will have a definitive impact on the future of the Euro and could potentially have ripple effects on the economies of Spain and Portugal that will in turn affect the rest of the world. So there are good reasons to focus on Greece right now. But there's also a story line playing out closer to home, across the border in China, that could also be somewhat troubling.

Shares in China's two major stock markets have nosedived over the past month in what is now properly being described as a crash. The Shanghai Stock Exchange has lost more than 24% of its value since June 12. On the smaller, but influential, Shenzen Composite, total value is down 30% in the same time. That means the markets have wiped out something to the tune of $2.4 trillion in wealth over the last few weeks alone, which is 10 times the size of the Greek economy.

That's a lot of money to see disappear. 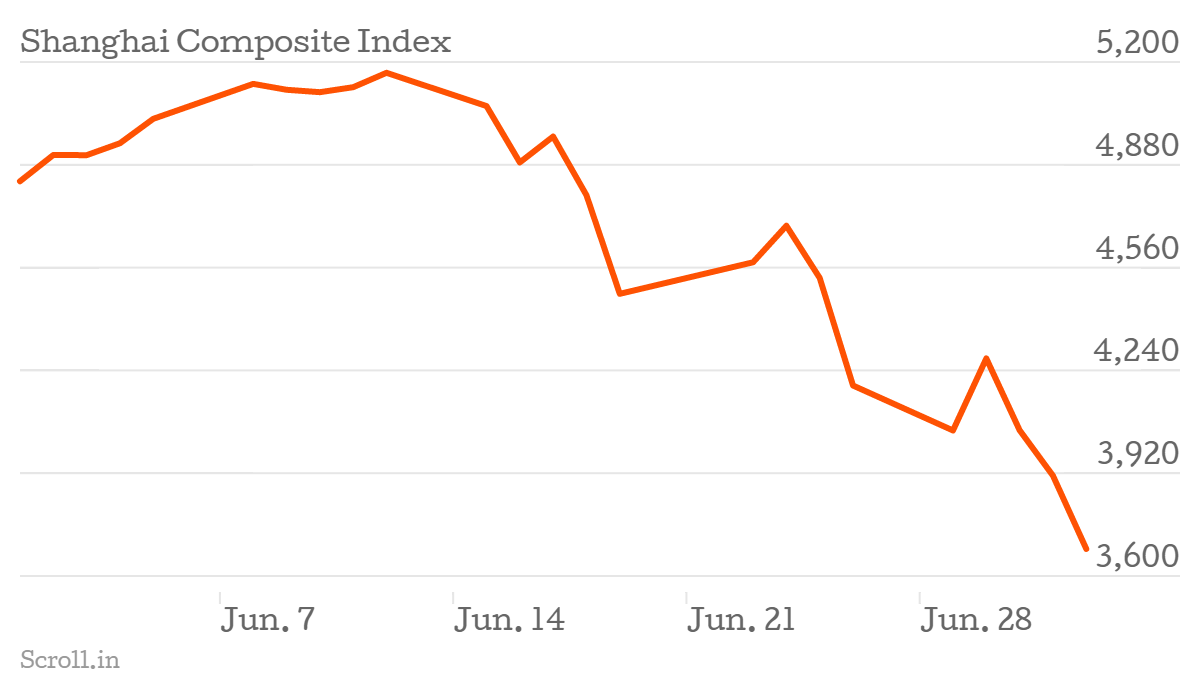 This isn't some insignificant local market. The Shanghai Stock Exchange, based on the added up market capitalisation of all the companies listed, is the third largest in the world. And this bear run in the markets is coming alongside Gross Domestic Product growth figures of 7.4%, its weakest numbers in 24 years.

And the Chinese government is concerned. The central bank has already cut rates to a record low, authorities have launched investigation into market manipulation and China's largest brokerage firms have come together promising to spend just under $20 billion themselves, in an effort to stop the markets from slumping even further. The government has even attempted trying to advertise investment in the stock market as a patriotic move that would help the country.

The immense amount of wealth wiped out isn't of huge interest to Indians, at least not directly. That's because less than 2% of Chinese equity is held by foreigners. The stock markets are actually quite isolated, and are still in what the government is attempting to sell as a "slow bull," which is to say they are still higher today than they were at the start of the year.

But the effects will be felt across the Chinese economy, which is already slowing. And that is a matter of concern for India. China has promised to invest $20 billion in the Indian economy over the next five years. Bilateral trade between the two countries is expected to reach $100 billion, and India is hoping that Chinese businesses will invest heavily through Foreign Direct Investment on projects in India.

While some of this will undoubtedly be pushed by the Chinese government, which is still sitting on plenty of cash, if the domestic economy isn't doing well, chances are Chinese businessmen will also be worried about spending money abroad.