Contribute Now
Ad
A death sentence – such as the one handed to Yakub Memon, convicted for the 1993 Mumbai serial bombings – is common in India, with 1,303 capital-punishment verdicts between 2004 and 2013, according to this National Crime Record Bureau prison statistics report.

* On 14 August 2004, Dhananjoy Chatterjee was hanged at Alipore Central Jail in West Bengal on his 42nd birthday, convicted for the rape and murder of a teenage girl.
* On 21 November 2012, Mohammad Ajmal Amir Kasab the only terrorist to have survived the 2008 Mumbai terror attacks, was hanged in Pune’s Yerwada Jail.
* On 9 Februrary 2013, Mohammed Afzal Guru, a convict in the 2001 Parliament attack casewas hanged inside Delhi’s Tihar jail.

In addition, 3,751 death sentences were commuted to life imprisonment during this period.

Former chartered accountant Memon is set to be hanged on July 30, 2015, the day he turns 53. A debate has now broken out over the verdict against him and the death sentence in general.

In July 2007, Yakub and 11 others were convicted and sentenced to death by a special court for planning or carrying out the 1993 Mumbai bombings that killed nearly 260 people and injured 700.

In March 2013, the Supreme Court upheld Memon’s death sentence, while commuting the death sentence of 10 others (one died later) to life imprisonment.

On social media, a raging debate with dubious data

Bharatiya Janata Party leader Subramanian Swamy – reacting to assertions that only Muslims were being hanged – recently said that 170 people have been hanged in India after 1947 with only 15 of them Muslims, according to Asian News International.

Since independence, at least 60 Muslim (according to their surnames) convicts were hanged, according to the Death Penalty Research Report by National Law University, Delhi.

The report compiled data from central prisons but is not an exhaustive list because many states did not provide complete information. Some states provided such reasons: Kerala and Andhra Pradesh authorities said termites destroyed records.

The 35th Law Commission report, released in 1967, said more than 1,400 prisoners were executed from 1953 to 1963 but does not give religion-wise details of hanged convicts. 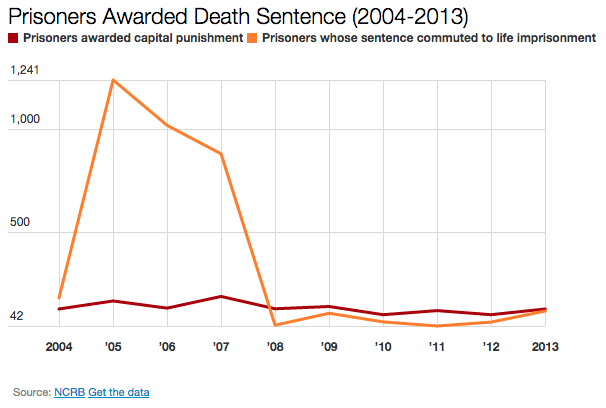 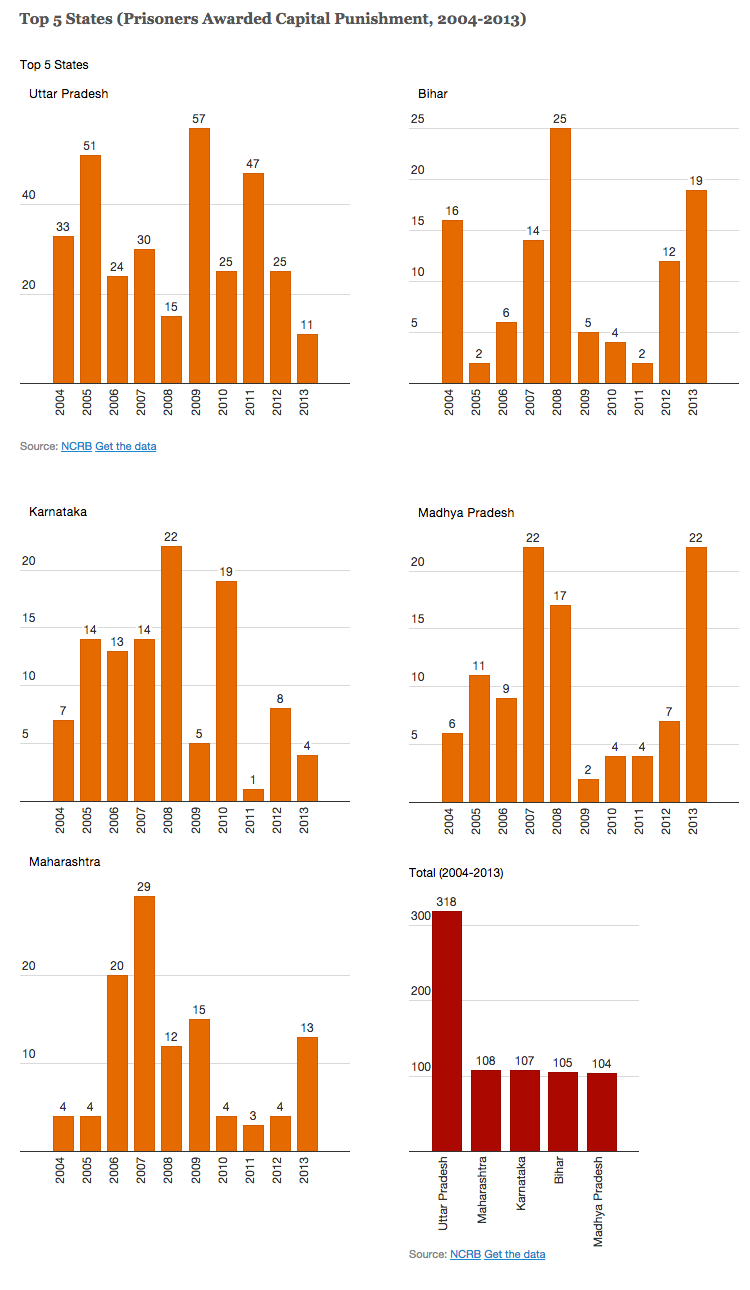 These top five states comprise almost 57% of all capital punishments awarded in the country between 2004 and 2013. 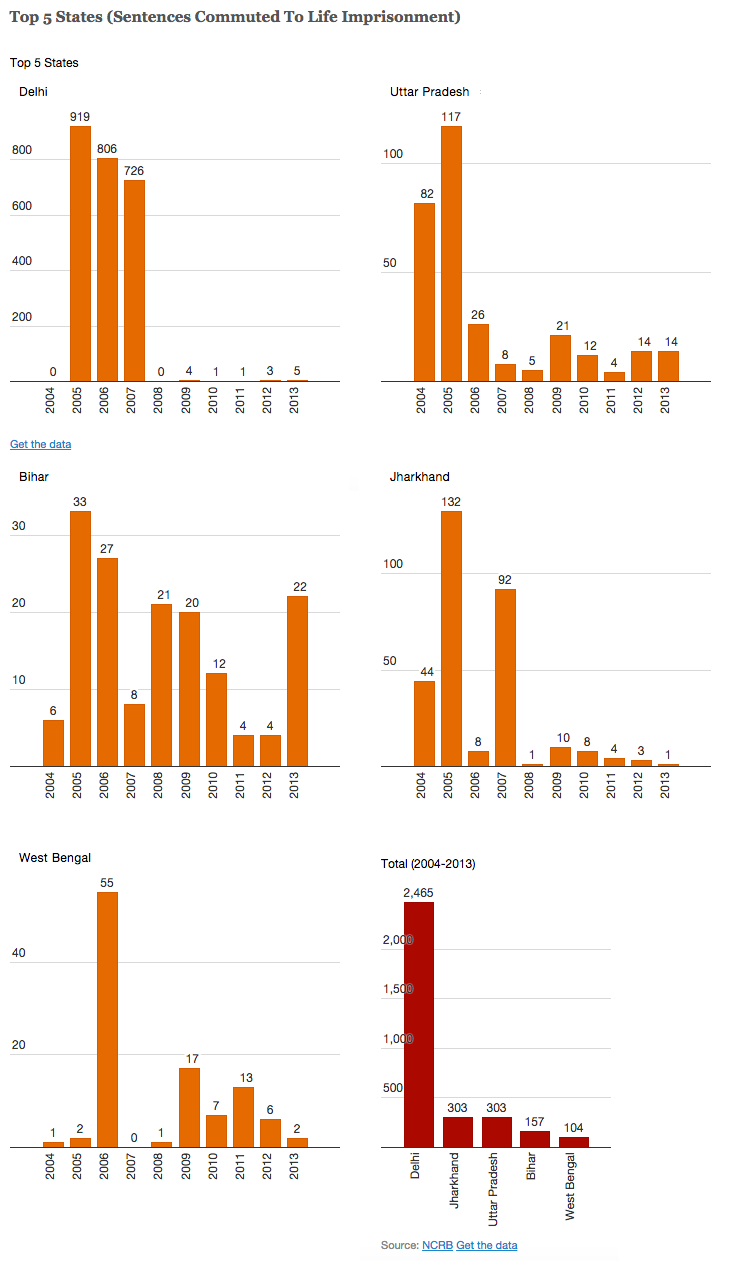 Delhi alone accounted for nearly 66% of all prisoners whose death sentence was commuted to life imprisonment between 2004 and 2013.

Death sentence abandoned by 160 countries–not India, China, US and Japan

About 160 countries have abolished the death penalty in law or practice while 98 have abolished it altogether, according to this United Nations report.

In 2007, the United Nations General Assembly adopted a resolution towards the abolition of capital punishment and the protection of human rights when it endorsed a call for a worldwide moratorium on the death penalty.

Apart from India, other prominent countries that opposed the resolution to abolish the death penalty include China, Japan and United States.

On Monday, Pakistan executed two murder convicts following a one-month break during the holy month of Ramzan. This adds to 176 executions since December 2014, after a six-year moratorium on the death penalty.