I hope Mrs. Authority is keeping well. How about the little Authorities? They must have become quite big now. Have they started preparing for the IAS exams yet? Although given your pedigree, how much preparation will they need? Since independence, the nation has prospered through the wisdom and guidance of the Authorities. You are a shining example of that tradition. Across the nation, as we speak, mothers are scolding their children, saying, “Why can’t you be more like the Competent Authority?”

However, all good things must come to an end. After a while, you will have to pass on the responsibility to a lesser person, such as me. You have an entire nation to run. Things will not get banned by themselves. Many areas remain untouched. It’s a humble suggestion, but perhaps you can turn your attention to clothing? This is a big issue that is causing concern to many. In the area of food items also, the scope is very vast. Given all these factors, you will need a strong right hand to regulate porn. I could be that hand. In case one hand is occupied, I could use the other one. 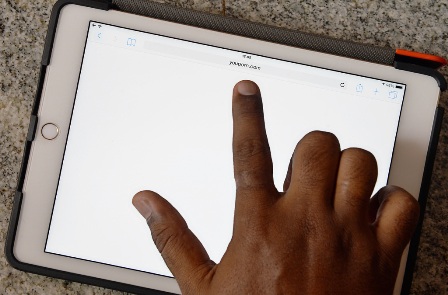 I know that with your keen powers of observation, developed over many hours on the internet, you will immediately spot the defect in my application. I did not pass the IAS exam. But I do know many people who did. I have spent many hours in the same room as Under Secretaries and Joint Secretaries, without killing myself. Through them, I have absorbed techniques of governance, such as the fact that you should never get up and fetch your own cup of tea.

Apart from this minor flaw, my qualifications are extremely good. I have nearly 40 years’ experience in this line. When Debonair was the only option, I was reading Debonair. In fact, I had a whole collection of Debonairs, arranged chronologically, until my father discovered it under my mattress one day. The mattress was beginning to look lumpy. I have purchased VHS tapes from Palika Bazaar, and kept them in boxes, which said “The Sound of Music” and “Yaadon Ki Baraat”.

As technology has evolved, so have I. I have monitored pornography on CDs, DVDs, floppy disks, laser disks and pen drives. You will not believe this, but some sick, diseased minds have even thought up pornographic games, wherein a person who manages to complete a challenge gets lucky. I have played most of them, and always emerged victorious. I have downloaded hi-res files on dial-up modems. I have attended movie shows where unnecessary nude scenes were added, in complete violation of censor board norms. I have noted down the locations of such movie halls and visited them repeatedly, so that I do not forget. I have exchanged hard disks full of objectionable material with others, in order to understand the depths to which they are sinking. I have visited Khajuraho personally, in order to ascertain whether the public should be allowed to enter. I have maintained a file with the names of all those publishers who have published editions of the Kama Sutra. Very often, rumours were spread that actresses were acting in porn films. I have hunted down each and every one of these files, and viewed them repeatedly, in order to verify these allegations. Sometimes, when all else failed, I have drawn pictures on bathroom walls, and noted down the names of all those who were looking at them. When it comes to pursuing the truth, I have never compromised.

I am hoping this application reaches you quickly, before Sunny Leone applies. I am sure you can see that I am a much more deserving candidate. I have also heard rumours that a secret government lottery is going to be held amongst gazetted officers of the rank of under-secretary and above, in which the position will go to one lucky winner every six months. This would be a great injustice. Our youth deserve supervision by a qualified person. That person is clearly me. In this, as in everything else, I am hoping that the principle of merit will apply.

Shovon Chowdhury is the author of Murder with Bengali Characteristics, in which the Competent Authority appears only briefly, due to pressure of work.