Contribute Now
Ad
If Beijing sneezes, will New Delhi catch a cold? Under Prime Minister Narendra Modi the country has sought to spread the Make in India gospel, aimed at improving manufacturing and boosting exports. But the push has failed to reflect on the ground just yet, and China seems to have made things worse.

Concerned about an 8% drop in exports, alongside a crash in the stock markets and the slowest growth figures in years, Beijing this week decided to devalue its currency by a record 1.9%: the steepest decline in the last 20 years. They followed this up the next day by devaluing the yuan another 1.6%. China announced the changes by insisting that it will allow the currency to be slightly more market-referenced, an old demand of those Western nations who have charged Beijing with keeping the yuan artificially low, but it does mean Chinese exports should be cheaper for the moment.

Which is a problem for India.

While the move makes China’s exports cheaper and more attractive to the rest of the world, it could hurt India's exports. Despite Modi's Make in India campaign, the last few months have not been terribly comfortable for the economy. India Ratings and Research said exports have contracted for seven straight months. 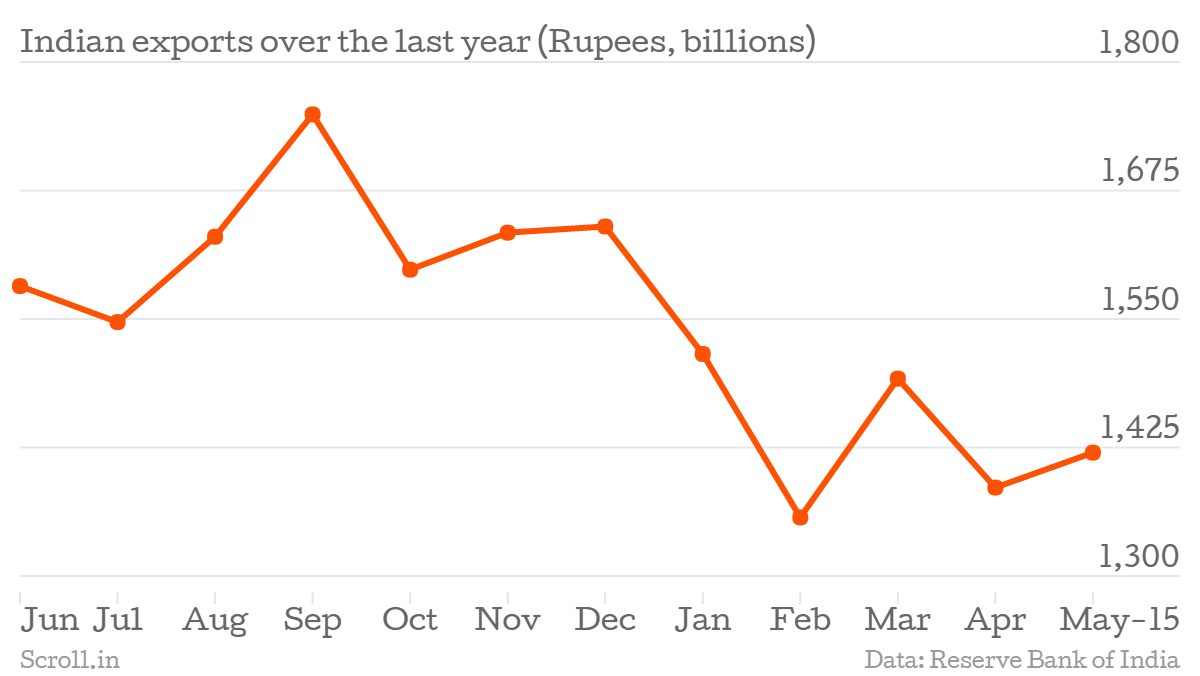 The above chart is a glimpse of how bad the last eight months have been for the Indian exports even as Prime Minister Narendra Modi hoped that his Make In India campaign would make Indian products more competitive and ease the business environment. Exports declined by close to Rs 80 billion over fiscal year 2014-15 compared to the previous year, according to the Reserve Bank of India's data, and the first few months of this fiscal haven't been comfortable either.

Even though hardly any country around the world saw their exports rise in the last year, India’s problems could further aggravate as Chinese exports could now dominate the South Asian trade climate even further.

"This is not good news for Indian exports. This will further dent the competitiveness of Indian exports," Ajay Sahai, director general and CEO of the Federation of Indian Export Organisations lobby group told Economic Times. "It will not just hurt Indian exports to China but largely to third countries. India already has a trade deficit of close to $50 billion with China," Sahai added. 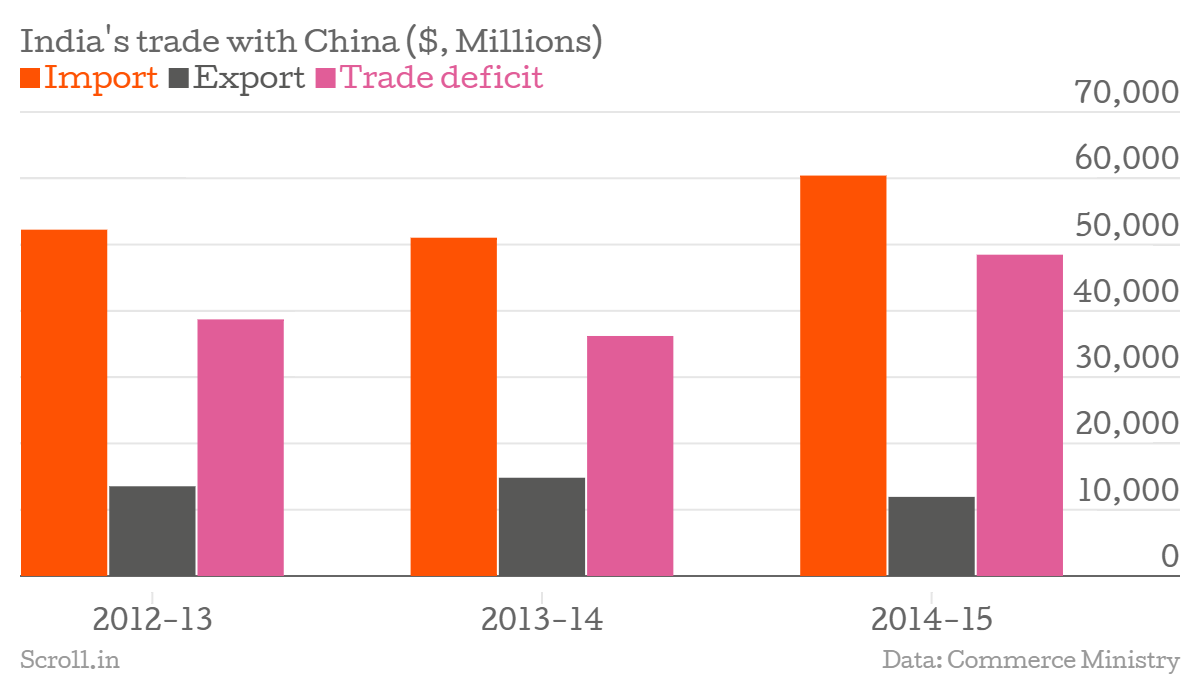 Over the last five years, India’s trade deficit with China has increased over 65% in net value which has often prompted the Indian government to request China to open up their economy for more Indian goods and increase investment in the country. Even as Chinese President Xi Jinping committed US $20 billion for two industrial parks in Gujarat and Maharashtra last year in September, exports in 2014-15 to China were at their lowest level in the five years.

The Ministry of Micro, Small and Medium Enterprises also admitted this in a release, earlier this week, saying "in respect of 12 major product groups, largely manufactured by MSMEs in India whose imports from China grew at a higher rate than their respective imports from All Countries combined during 2011-12 to 2014-15. As these 12 product groups accounted for 74% of India’s total imports from China in 2014-15, a significant proportion of Indian MSMEs are seem (sic) to be adversely affecting from Chinese imports." (emphasis added).

This is not all. With the Chinese devaluation, reactions on the markets led the rupee to further fall to a two year low, with India's markets also seeing significant losses. Even though a cheaper rupee could help Indian exporters, there are fears that sustained drop will hurt domestic industries in other ways, not least when it comes to fund inflows for India.

Economic Survey: How would a universal income for every Indian actually work?