Become a Member
Ad
While the police force across the country grew 10% over five years between 2010 and 2014, the numbers of women in police forces rose 59%.

In conjunction with a target of 33% women in police forces, set by the Ministry of Home Affairs in 2009 (and reiterated in 2013), it may appear that India is seriously feminising its police forces, as a report by the Commonwealth Human Rights Initiative details.

But women police officers in five states who participated in the study spoke of the absence of toilets and other facilities and child-care support, in addition to persistent and widespread bias, according to Devika Prasad, co-editor of the study. The CHRI is a non-government organisation mandated to ensure human rights in Commonwealth countries.

Less than a third of states have acceded to the 33% target, and when it comes to actually filling positions, even leading states, such as Maharashtra and Tamil Nadu, have only 10% and 12% women in the police force. 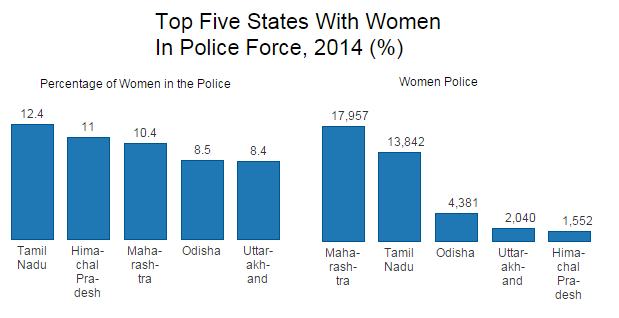 Tamil Nadu has the highest proportion of female officers at 12.4% (13,842) of the total police force in the state, followed by Himachal Pradesh, where women make up 11% of the police force.

While there are 8.5% women in Odisha’s police force, Rajasthan is lower at 7%.

After the chief minister of Madhya Pradesh announced that reservation for women in the state police should be raised to 33% from the present 30%, the police headquarters and the home department resisted, arguing that most policing work can only be done by men and more women would be detrimental to the force.

The rise in numbers of women police have no relation to crime against women, which increased 58% in 2014, according to latest data from National Crimes Record Bureau. 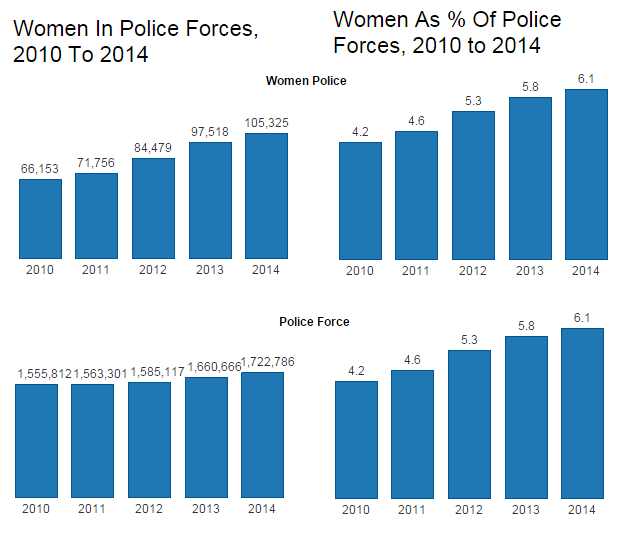 More women in the police are important to sensitise the police to women’s issues and make women more comfortable in reporting crimes against them, said the CHRI report.

The issue of more women in policing has been gaining momentum since the brutal 2012 gangrape of a young woman in Delhi that later came to be known as the Nirbhaya case.

Convictions continue to be low three years after the case and modifications to laws, IndiaSpend previously reported.

India is short of 5 lakh policemen. Here's why it matters (and why it doesn't)