Become a Member
Ad
We stood at the entrance of the temple, not sure if we would be allowed to go inside. It was a double-storey structure with a small round balcony. The door was made of wood with intricate patterns on it, while there were fading remnants of frescoes on the wall. Looking at the entrance, I could only imagine how beautiful this structure must be from the inside. The only problem was that this temple was not vacant. It wasn’t even taken over by an individual family, as has happened in so many cases. In that situation I could have requested them to allow me to see the temple from the inside. But this was now controlled by the women's wing of an Islamic religious organisation called Minhaj-ul-Quran, founded by the famous preacher turned politician Tahir-ul-Qadri. 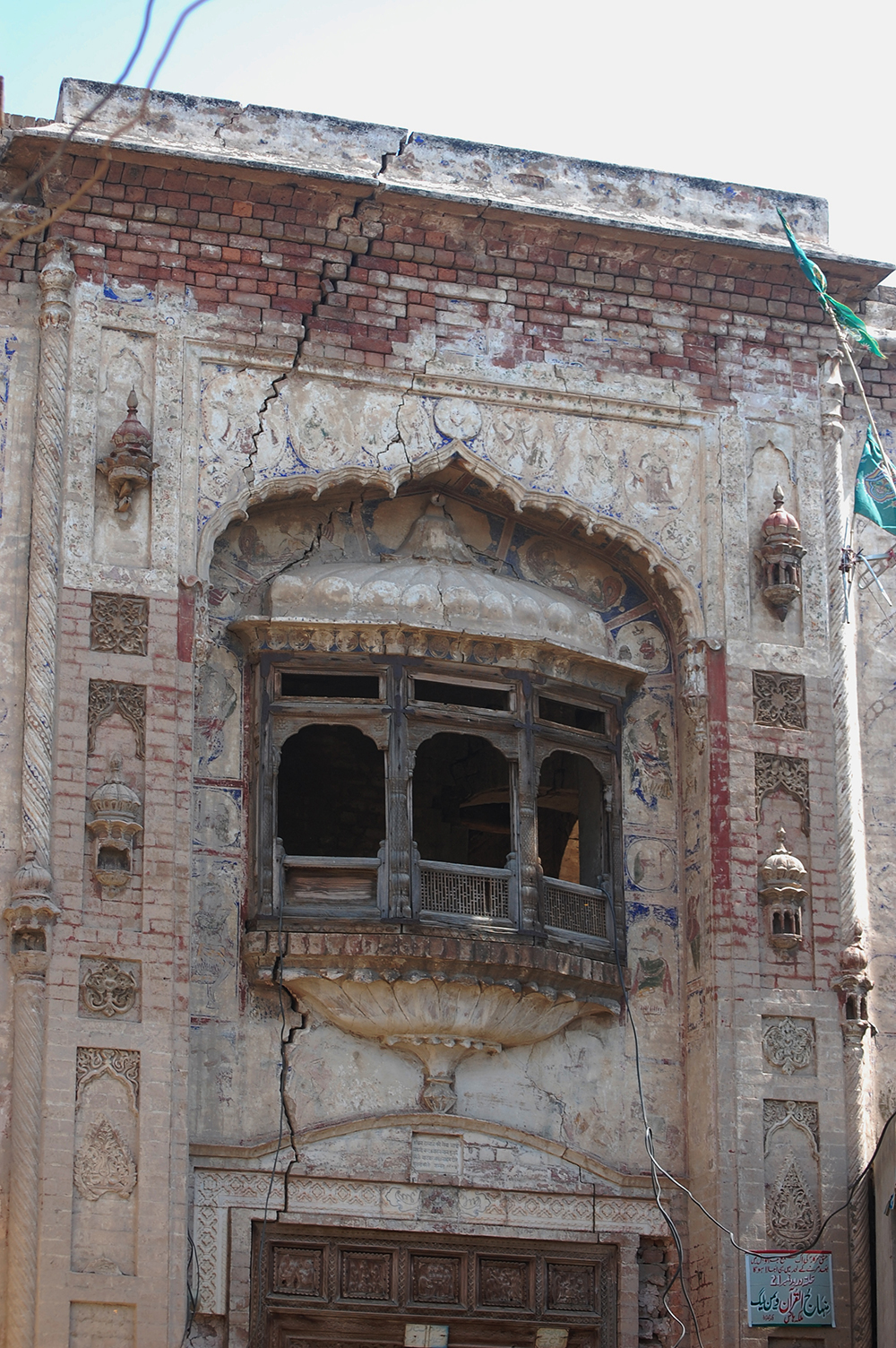 Entrance to the temple at Malka Hans
Credit: Rida Arif

I rang the bell not sure what would be the response of the people inside. A young boy emerged at the entrance and after listening to our request disappeared into the house. He returned after a little while, saying that they would not allow the men to enter the temple but the ladies with us could be allowed in. We implored, but the response was final. There was a dars, a lesson of the Quran, under way, in the courtyard, attended only by women. My friend Rida with her camera, and my wife Anam, disappeared into the temple, now an Islamic school.

We were at the historical city of Malka Hans, about 200 kilometres from Lahore, to visit the historical mosque of Waris Shah in the city. Waris Shah is a celebrated Punjabi poet known for re-composing the folk tale of Heer-Ranjha. With his rendition, he managed to leave such a stamp on it that all former versions are forgotten and the story is now known as Heer-Waris. Waris Shah is believed to have written this story in the basement of the mosque at Malka Hans where he used to work as an Imaam.

The temple was across the street from the mosque. In Waris Shah's time in the 18th century, it was not unusual to find a mosque and a temple sharing a wall. Today, of course, that is an anomaly. There are several stories about this relationship between the mosque and the Hindu temple, about Waris Shah and his Hindu beloved who, it is believed, used to come to this temple regularly. The temple belonged to the sect of devotees of Chajju Bhagat, a 17th century Hindu saint from Lahore.

There were old houses located in this street, which must have once belonged to Hindu families living here. I wondered in what condition they must have left their homes in 1947, temporarily locking their doors, perhaps burying their precious belongings, hoping to return one day. They never returned, but perhaps they told their loved ones about their homes they left behind and this temple? Perhaps their survivors have fragments of memories of stories they heard about this temple? 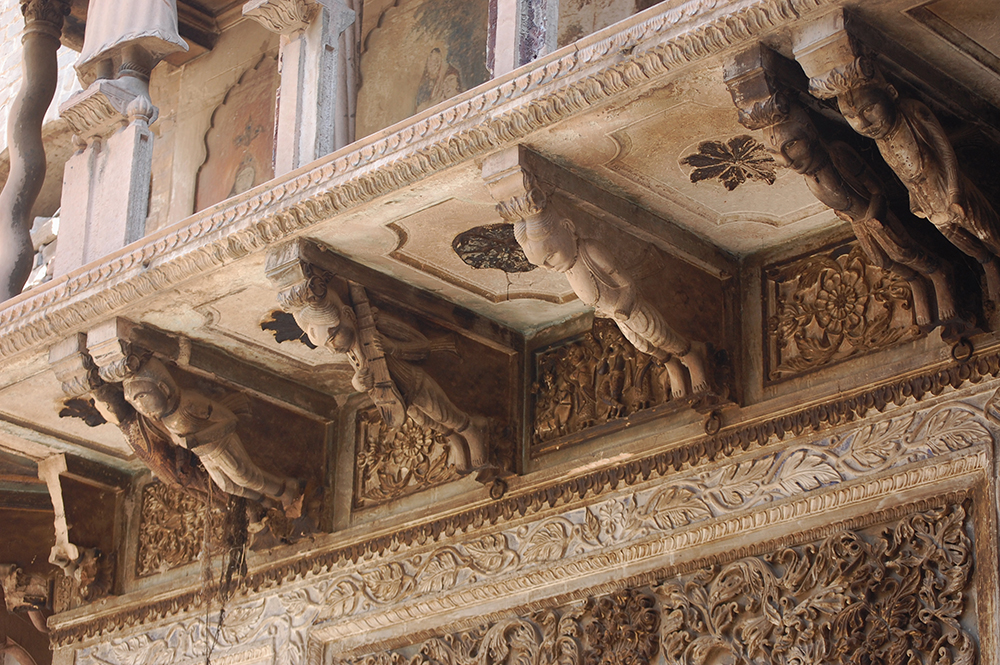 Angels at the temple at Malka Hans
Credit: Rida Arif

Rida and Anam returned after a little while, ecstatic. “It was a surreal feeling,” said Rida. “There were wooden figures all around the temple, perhaps angels, and sitting under them were these women clad in burqa, reciting the Quran. There were pictures of Hindu deities on the wall while these women talked about the unity of God. No harm had been done to any of these idols or figures on the wall.” These women saw no contradiction in studying Islam in a Hindu temple. 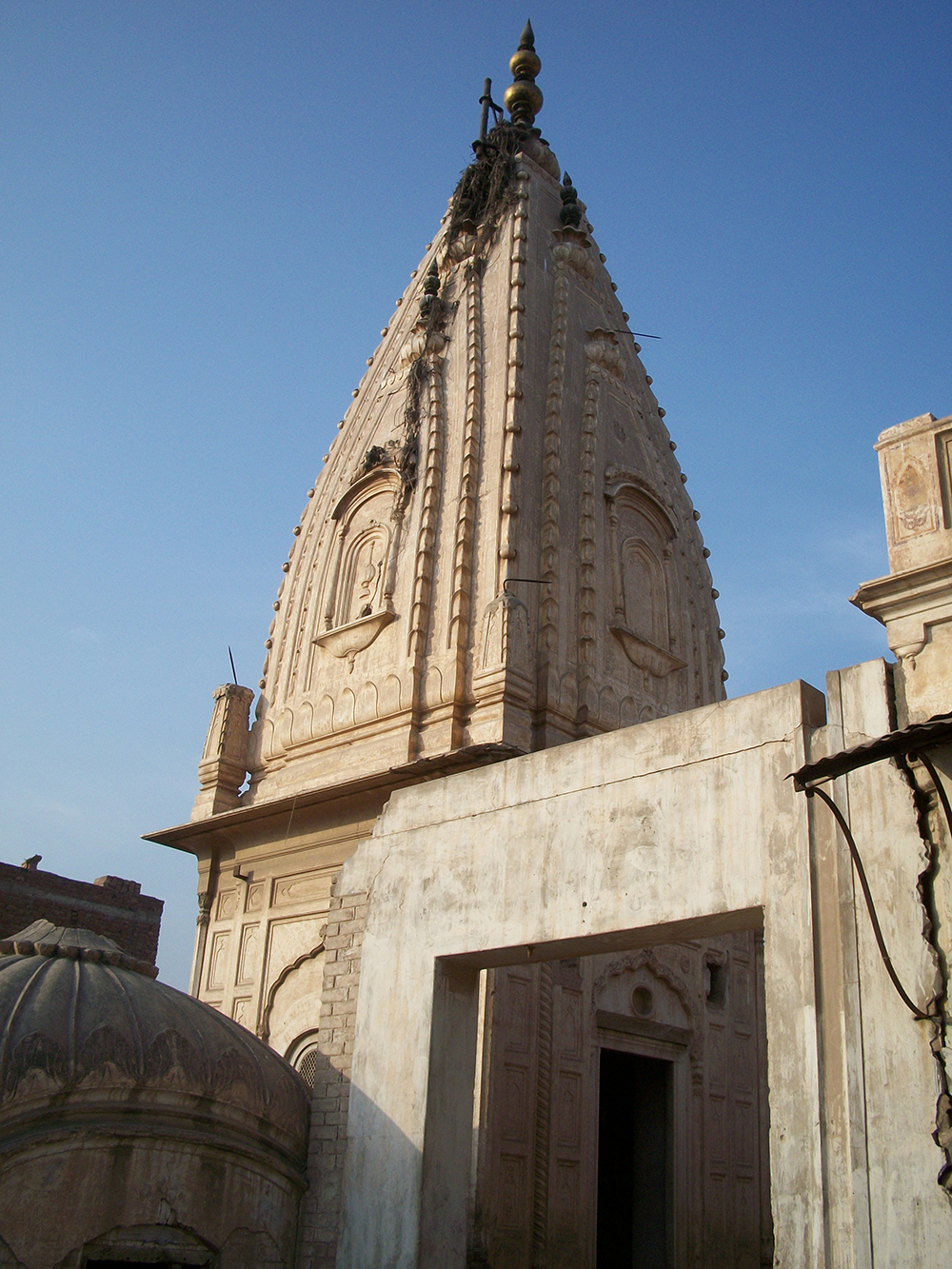 About 200 kilometres from Malka Hans, in the ancient city of Multan believed to have been once ruled by Hiranyakashipu, the tyrant father of Bhakta Prahlada (Bhagat Prahalada, in Punjabi), we saw a similar anomaly. Deep within the walled city, we located a Jain Temple. Even before we entered the main room of the temple we could hear a humming sound of children reciting the Quran, memorising it. Inside the hall there were rows of mats with small tables in front of them where children had placed their copies of the Quran, rhythmically moving back and forth as they recited their lesson. In front of them was their teacher, a young man with a black beard and a checkered cloth on his shoulder. A young boy stood behind him massaging his shoulder. The sound of the children came to an abrupt end as we entered the room and all eyes fell on us. “Assalamualaikum,” I said. “Walaikum assalam,” replied everyone in unison. “Can we see and photograph your temple?” I asked. This time, only the teacher replied: “It is all yours.” The students went back to memorising the Quran.

The ceiling of the temple was made with wood, decorated with small pieces of glass. There were beautiful geometrical frescoes on the wall. On one side of the room was a gilded door that led inside the main sanctuary. Near the door were pictures of the 24 tirthankaras, who are supposed to grace each half of the cosmic time cycle in Jain cosmology. I was too lost in beauty of the temple to notice that the sound of the recitation had stopped. All the children and their teacher had presumably finished their lessons and left the premises. 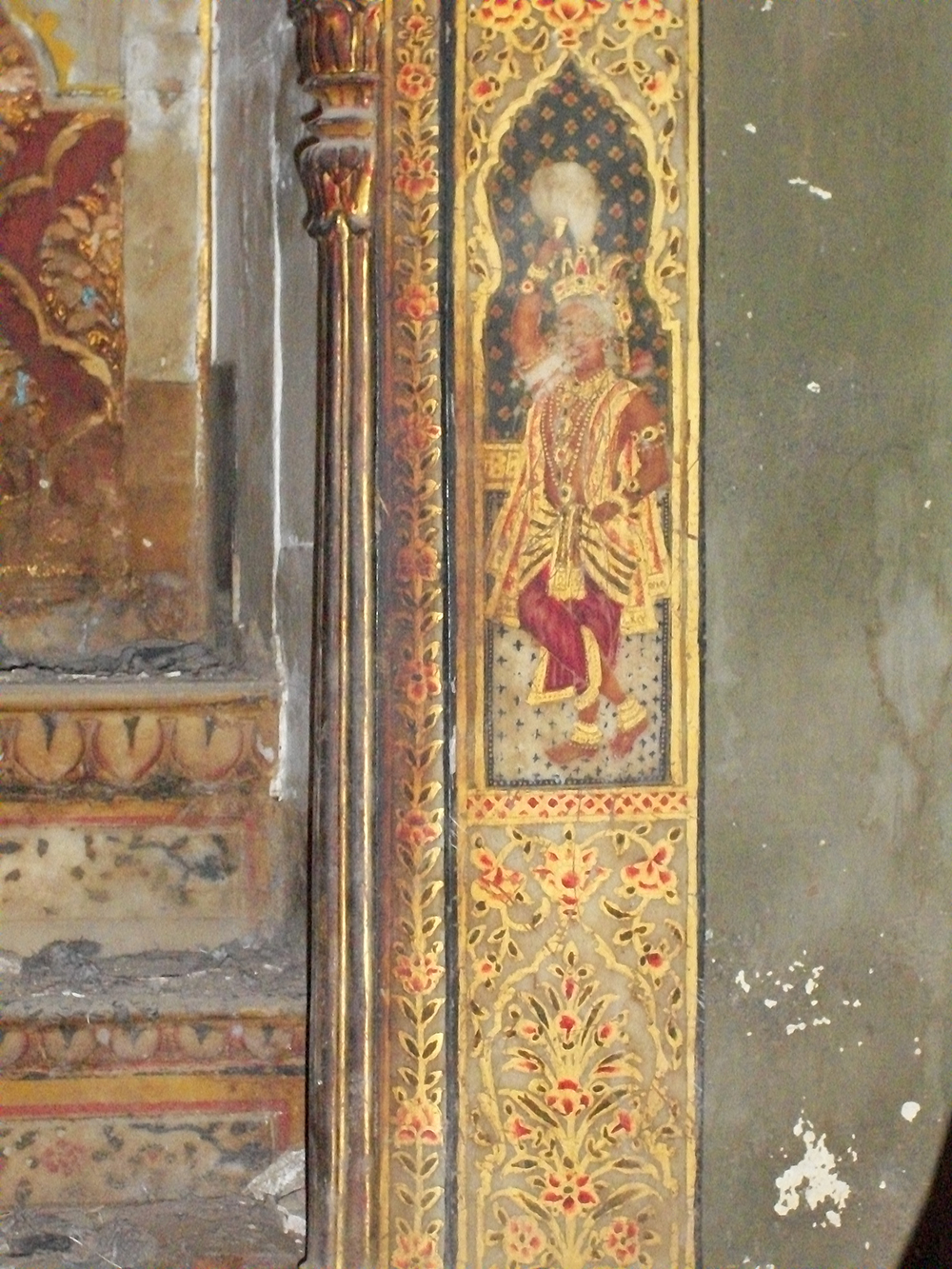 One of the Tirthankar at the temple in Multan
Credit: Alie Imran

Later as my friend Iqbal Qaiser and I stood facing the turret of the temple at a shop, drinking a cool bottle of Pepsi, we were told by the shopkeeper that this temple like other temples around Pakistan was also attacked by Muslim fanatics in 1992, in reaction to the demolition of the Babri masjid in India. However, the administration of the temple was able to dissuade the mob from causing much destruction to the temple. “It is not a temple anymore. It is a madrasa,” they had argued. 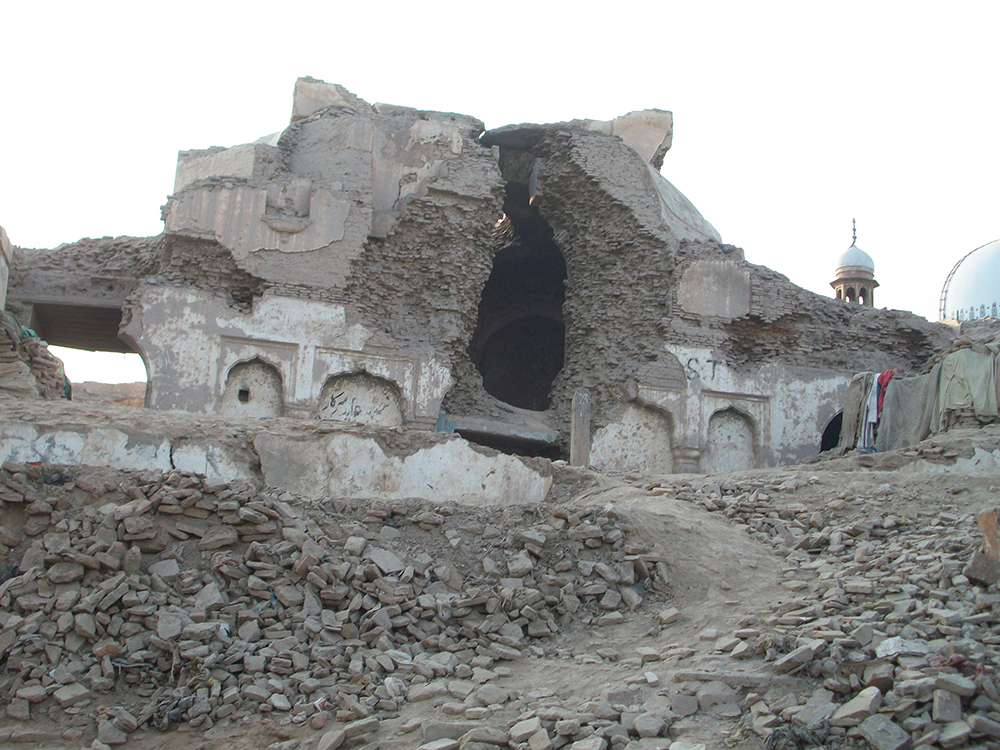 Bhagat Prahlad Mandir and the shrine of Shah Rukn-e-Alam in the background
Credit: Alie Imran

Just a little outside the city, located on the top of a mound facing the walled city, once stood the temple of Bhagat Prahlad, the patron Hindu saint of the city of Multan. The wall of his temple touched the wall of the Muslim saint Shah Rukn-e-Alam’s shrine, the new patron saint of Multan, after the creation of Pakistan. This temple too was being used as a madrasa, when in 1992 a mob headed towards it. Locals report that there was a class going on at the point when fanatics climbed the building and started bringing it down. The madrasa was permanently shut while the temple suffered heavy losses. 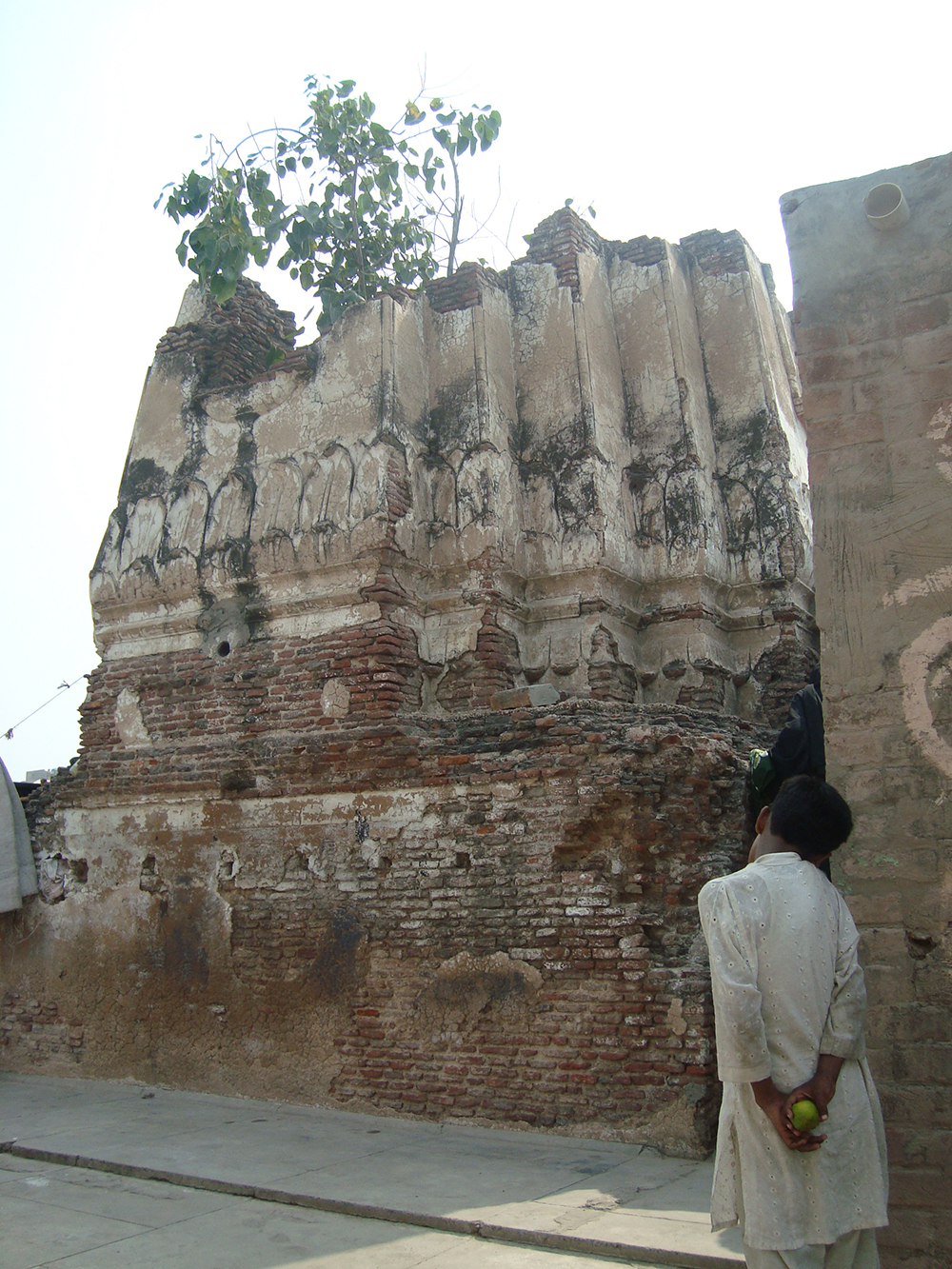 Same is the story of the Sitla Mandir in Lahore. The missing top of its turret pays testimony to that fateful day. On a niche in a turret there is a plaque that reads “Allah", as if his presence needed to be noted. 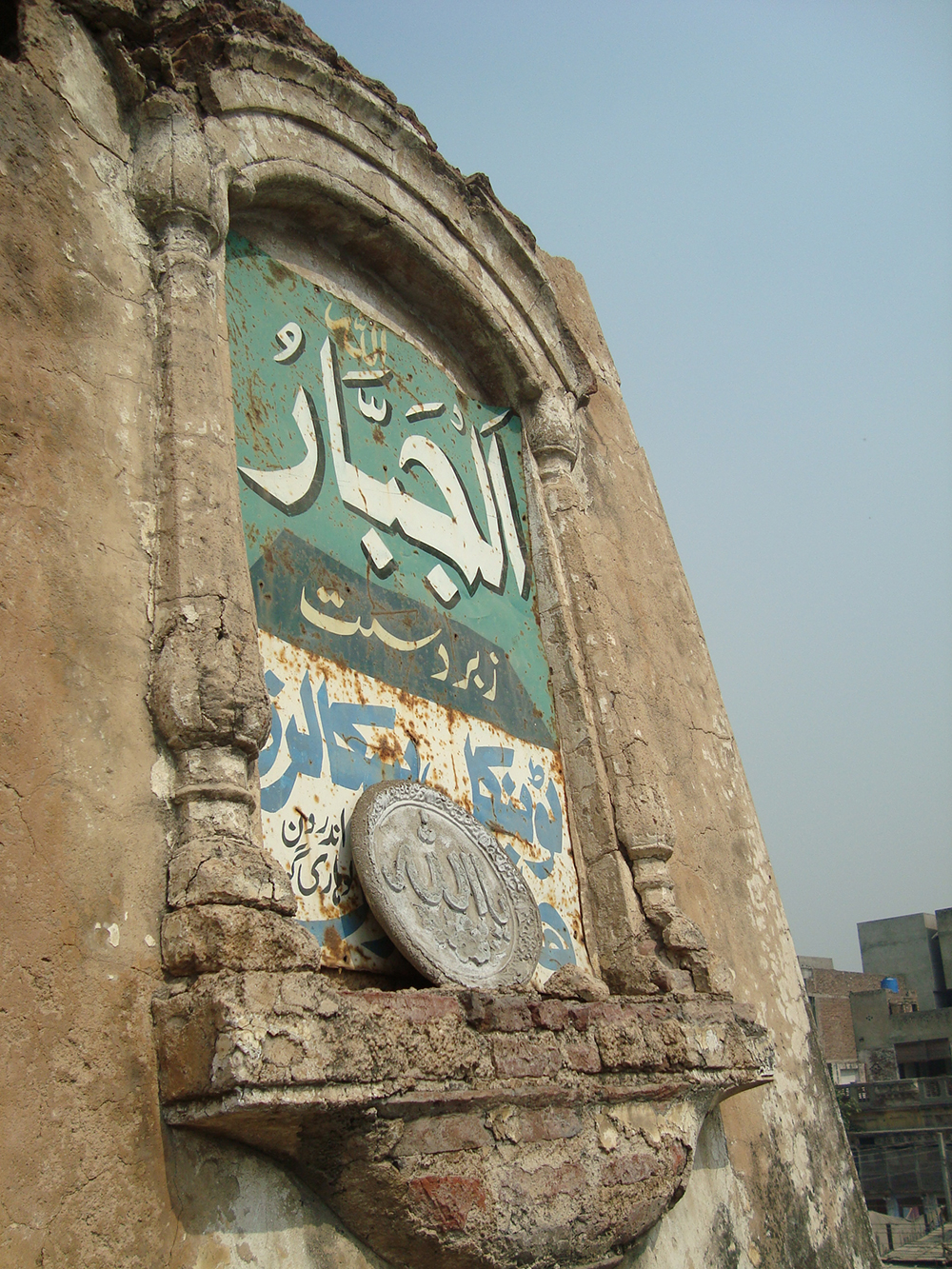 A plaque reading Allah at the turret of the Sitla Mandir in Lahore
Credit: Haroon Khalid

In the same building, a madrasa is being run. The students of this madrasa had led the charge in 1992. Once the craziness receded, they went back to studying – in the very same building they had vandalised in anger.

In Thai manuscripts, the future Buddha is at the centre of some of the most beautiful illustrations