Become a Member
Ad
Countless first-time filmmakers have rummaged in their backyards of creative inspiration. But what if the backyard is littered with corpses, ghosts and shape-shifting creatures?

For his Assamese-language debut feature Kothanodi (River of Stories), Bhaskar Hazarika has revisited folk tales that he had read as a child. Hazarika recasts episodes from Buri ai’r Xadhu (Grandmother’s Tales), a collection of oral folk tales by renowned writer Lakshminath Bezbaroa. Hazarika picked four stories and altered the endings of some of them, retaining their dark edges and dispensing with the happy endings.

Kothanadi will be premiered at the Busan Film Festival (October 1-10), followed by a screening at the London Film Festival on October (7-18). The film’s cast includes Adil Husain, Seema Biswas, Zerifa Wahid and Asha Bordoloi.

Each of the yarns chosen by Hazarika is dipped in creepiness. The movie is set sometime in the past in pre-colonial India. It begins on an ominous note: a man buries the first of many wailing newborns in the jungle.

Over the next 115 minutes, various human acts of grisliness, irrationality and magic realism follow. A weaver who gives birth to an elephant apple is accused of being a witch and driven out by her village. The fruit follows her around everywhere she goes, piquing the interest of a businessman who has placed an order with her. Together, they try to draw the child out of the fruit.

In the third strand, a greedy mother symbolically marries her daughter to a python in the hopes that the reptile will bring her gold.

The fourth strand, and the most violent and unsettling one, is about Tejimola, a young girl who suffers tremendous abuse from her evil step-mother. Some of the characters overlap across the various tracks – for instance, Tejimola’s father is the businessman who tries to solve the mystery of the elephant apple. 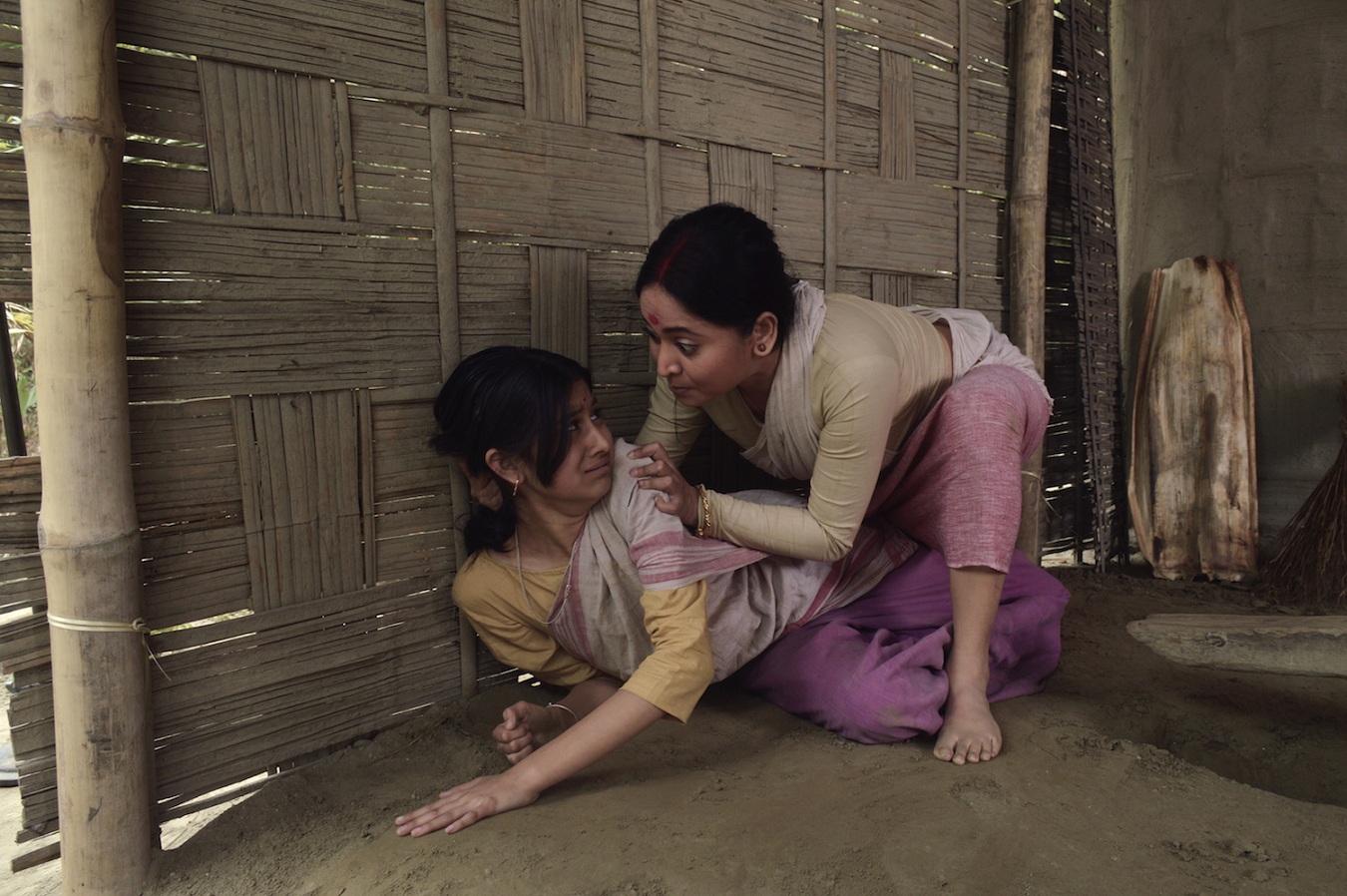 Tejimola’s saga is well known enough in Assam to have inspired standalone movies. Hazarika initially intended to make a short film based on this story, but he later expanded the screenplay into a full-length feature. “The idea was to make a focus on this very famous Assamese story, but my friends Anushra Rizvi and Mahmood Farooqui [the directors of Peepli Live] suggested I make a full-length film,” he said.

Hazarika took his liberties with his narartive, since it draws from folk tales and have undergone embellishment and rewrites over the years. “There has been a trend of re-reimagining folk tales and adding a realist spin to it,” said the filmmaker, who has previously written for Hindi movies such as Players and television serials such as Left Right Left and Ssshhhh...Phir Koi Hai.  “This is my cultural heritage and I can take liberties with it. I like stories that are dark and macabre, and I changed the endings – for instance, the original elephant apple story is about a king and his seven queens, one of whom gives birth to the fruit. I made the story about common people.”

Among Hazarika’s inspirations were Japanese horror movies such as Onibaba and the anthology film Kwaidan. Kothanodi might have benefitted from a bigger budget, especially in the sequences of the young bride and her snake bridegroom, and the infant burials. “This is my first film, and lots of things can be improved through experience,” said the 40-year-old filmmaker. “I have stopped watching my film now because every time I do, I think could have done something better.

The movie’s international premiere at Busan fits in well with Hazarika’s plans to screen the film widely in those parts of the world where stories involving ghosts and animal spirits are common. “We tried to emphasise the Asian connection as much as possible – I tried to shoot as much bamboo as I could,” he joked. Although the film is set in the distant past, it also refers to present-day crimes against women in Assam, including infanticide and witch-hunting – the latter is a distressingly commonplace practice that has been used to cow down women.

The period setting provided logistical challenges in terms of finding locations without the markers of modern life. “We had to go through a lot of trouble to find places where there were no tea gardens around,” Hazarika said. “We eventually shot much of the film on the Majuli island, which increased our budget by five-six percent. We had to hire barges to take our equipment across the river. It was worth it, since we could show the island’s full beauty.”

First features often tackle social realist themes, but Hazarika took the magical realist route since he wanted to “do something unique”. His efforts to recast Assam’s much-loved folk tales are already stirring the pot. “We have organised a few private screenings, and I am already getting feedback,” Hazarika said. “I am welcoming it – a bit of controversy is always welcome.”