Become a Member
Ad
On Sunday, less than a week before Indian Prime Minister Narendra Modi was due to visit Silicon Valley to promote his Digital India initiative, a stream of messages started to flood Twitter with the hashtag #Modifaildotcom

Indian NRIs in USA have launched a website- http://t.co/VGLvZEAZZA and put out various failures of modi govt. #modifaildotcom

The hashtag was promoted by a group of Indian-American activists calling themselves the Alliance for Justice and Accountability, who have also launched a website titled modifail.com. They are using the site to list information about the protests planned against Modi during his two-day visit to the US West Coast from September 26. As its most prominent action, the Alliance will organise peaceful rallies on September 27 while Modi addresses more than 18,500 people at the SAP Center in San Jose.

The site also features a report card on the Modi government's performance so far.

“We are particularly troubled by the rise in mass violence against religious minorities, Dalits, and women; the steady erosion of environmental safeguards, civil liberties and developmental goals; and the infusion of fundamentalist politics into academic and cultural institutions,” said a spokesperson for the Alliance, requesting anonymity.

The collective alleges that while the Indian prime minister has used a public relations machine and “spin” to “rinse” his image internationally, he remains a “human rights violator". To counter this, the collective is reaching out to politicians, policymakers and entrepreneurs in the US to rally support for their campaign against Modi.

“We wish to send out a clear message to Mr. Modi that there is no statute of limitations on genocide,” said the spokesperson, referring to the riots that occurred in 2002 in Gujarat, when Narendra Modi was the state's chief minister. “The injustices he is responsible for cannot be forgotten through pomp and propaganda even though his PR agencies try to conveniently mask the reasons for which he was banned from entering the US by multiple administrations.”

But why is the collective targeting only Prime Minister Modi and not others in the government? The answer, they say, lies in the way he has led the government and chosen to preside over “gross injustices”.

“We aim to hold Modi accountable for both past and present attacks on the human rights of Indian communities,” the spokesperson said. “The American public – and in particular, the leaders of Silicon Valley – must remember that Modi is not simply a prime minister making a trade visit, he is a man responsible for genocide."

The spokesperson claims that Modi's record as prime minister "directly contradicts his spin that he leads a good administration". This person explained, "It is more than appropriate at a time when Modi is reaching out to NRIs to support his agenda as well as to US corporations to invest in his administration to raise our questions about his record and his vision for India”

The alliance plans to achieve this through messages on billboards along the roads that Modi will travel, a signature campaign, and tweets carrying the #Modifail tag.

The NRI community in the Silicon valley against him #ModiFaildotcom pic.twitter.com/6hLUNoO3Qg

This is not the first time that the alliance demonstrated against Modi. It organised similar protests last year outside the Madison Square Gardens in New York as the Indian prime minister delivered a “rockstar” performance.

The collective says that it will continue to hold protests and rally support for their #Modifail campaign even after the Modi returns to India as the concerns about surveillance and other initiatives trampling on the rights of citizens aren’t going away “anytime soon”. 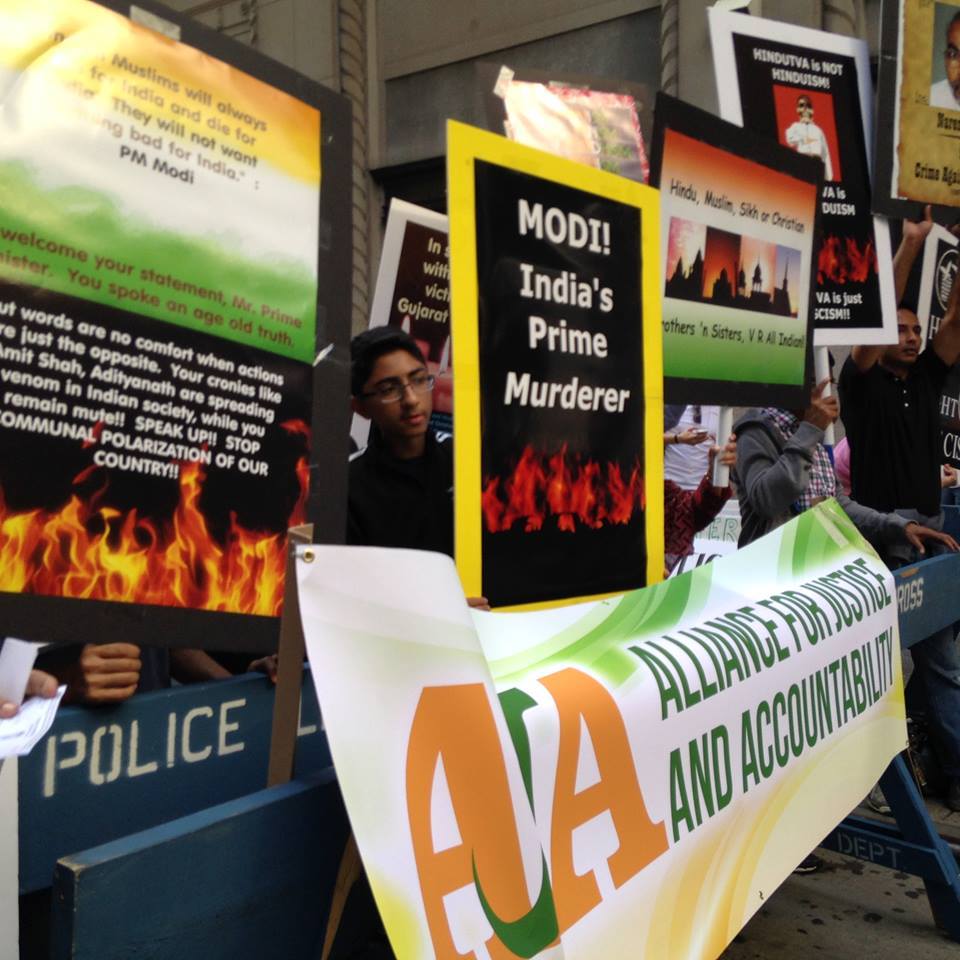