Contribute Now
Ad
Prime Minister Narendra Modi is currently on the last leg of his six-day-long tour to the United States that has been creating quite a buzz. Apart from taking forward India’s bid for the coveted United Nations Security Council permanent membership, Modi is out wooing tech giants and investors to support his Digital India initiatives. He has already checked out Facebook, Google and Tesla Motors off the list by visiting their respective headquarters and pitching his vision.

Even though the enthusiasm of the press in the US has been somewhat lukewarm this time, the media in India has been giving it saturation coverage, beaming his meetings and speeches live.

While editorials in newspapers are heaping praise on his vision and diplomacy while dissecting the potential outcome of the prime minister's visit, cartoonists have focussed on the concerns back home about internet access, privacy and net neutrality, which the Modi government itself is currently grappling with, and, of course, on noisy controversies such as the one caused by Modi's signature,  on the national flag which resulted in a social media outrage.

Here’s a roundup of some of the cartoons that appeared in major newspapers over the last few days: 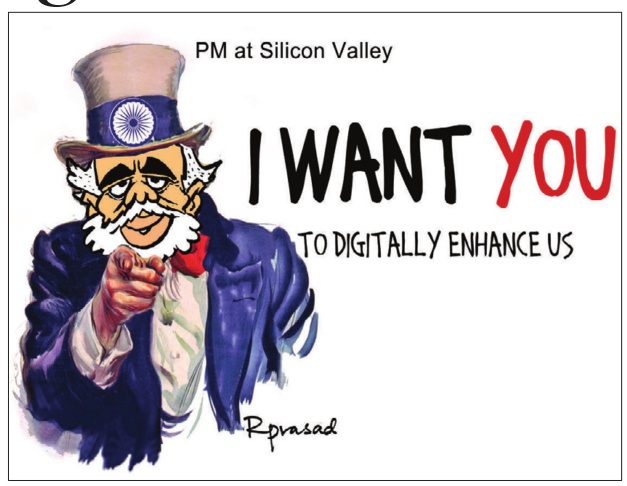 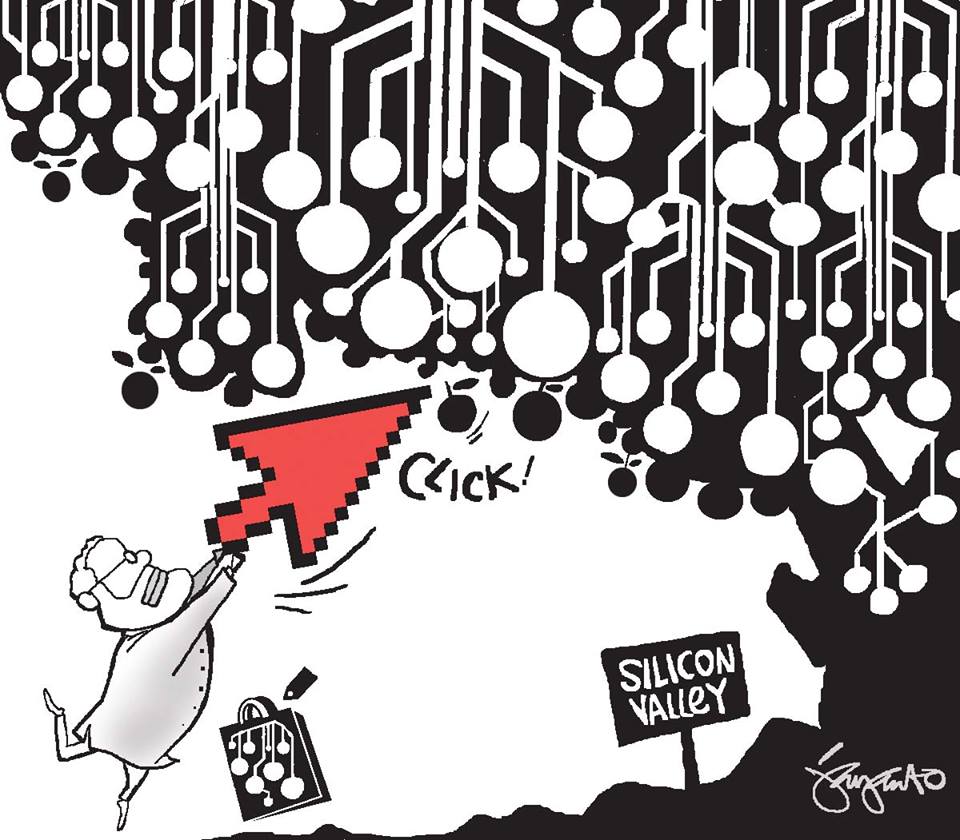 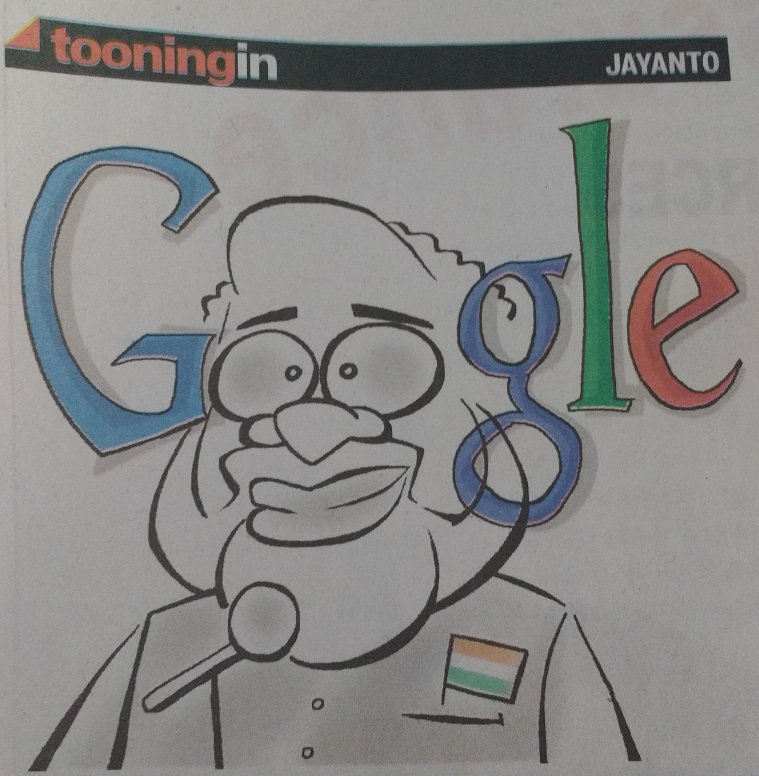 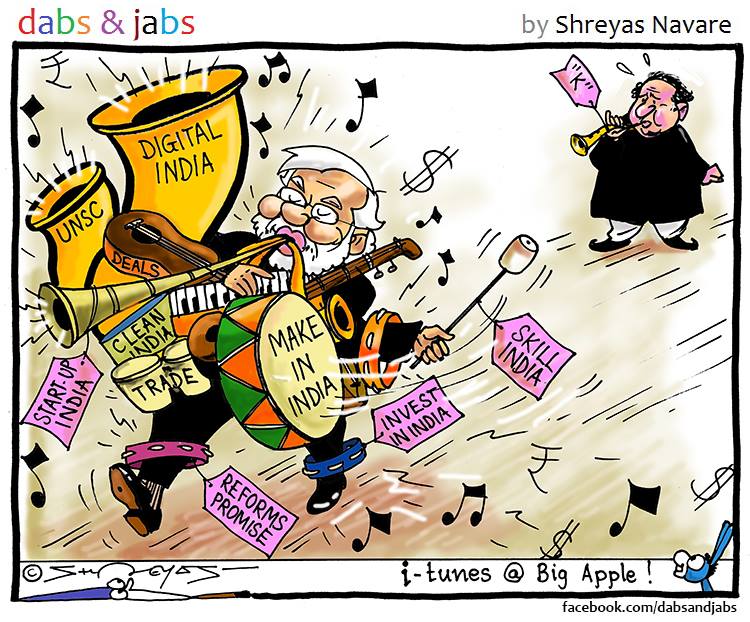 Why activists have started the modifail.com website to protest the PM's visit to Silicon Valley