Become a Member
Ad
Indian Air Force jets flew over our heads; we could hear them buzz a few seconds after the planes disappeared into the bright sunny day. They flew in pairs. I don’t know how far the jets went inside Pakistan’s airspace.

Before us was the Gurdwara of Nanak, a sad structure with only its skeleton surviving. Inside there was graffiti which read, “Ibadat sirf Allah ki karien”. Under the dome of the sacred shrine there were pictures of the 10 Sikh Gurus. The faces of all of these portraits had been chiselled out. Next to the pictures, there was a verse from Nanak’s poetry establishing his commitment to monotheism. A few cowherds stood around me staring at the headless pictures of Sikh Gurus.

This was the village of Jhaman, a historical village on the outskirts of Lahore, a village that had been made famous by Guru Nanak’s visit. His maternal village is not far from here. About 50 kilometers away is the city of Sultanpur Lodhi in East Punjab. Nanak came here after visiting Jhaman. He went to Sultanpur Lodhi as a young man for work and spent more than a decade there. After undertaking his first spiritual pilgrimage, he decided to revisit his friends and family at Sultanpur Lodhi.

We were only a few metres away from the most dangerous border of the world. There was a small mound in front of us, raised during the Pakistan-India war of 1965 to thwart the progress of tanks. There were bunkers within them. Behind the mound was a tall fence, beyond which lay camps of the Indian army. These camps run for several kilometers inside Indian territory. The situation is no different on this side of the fence. This is the most militarised border in the world.

India and Pakistan were on the brink of war. The 26/11 Mumbai attacks had happened only a few days earlier and Indian jets were regularly infiltrating Pakistani’s territory, signaling readiness for war. Alarms bells were ringing in Pakistani circles and there was massive mobilisation of forces on the eastern front. In a symbolic gesture, even the Taliban, whom the Pakistani army was fighting at the time, had vowed to defend the motherland along with the army in case of an Indian attack. 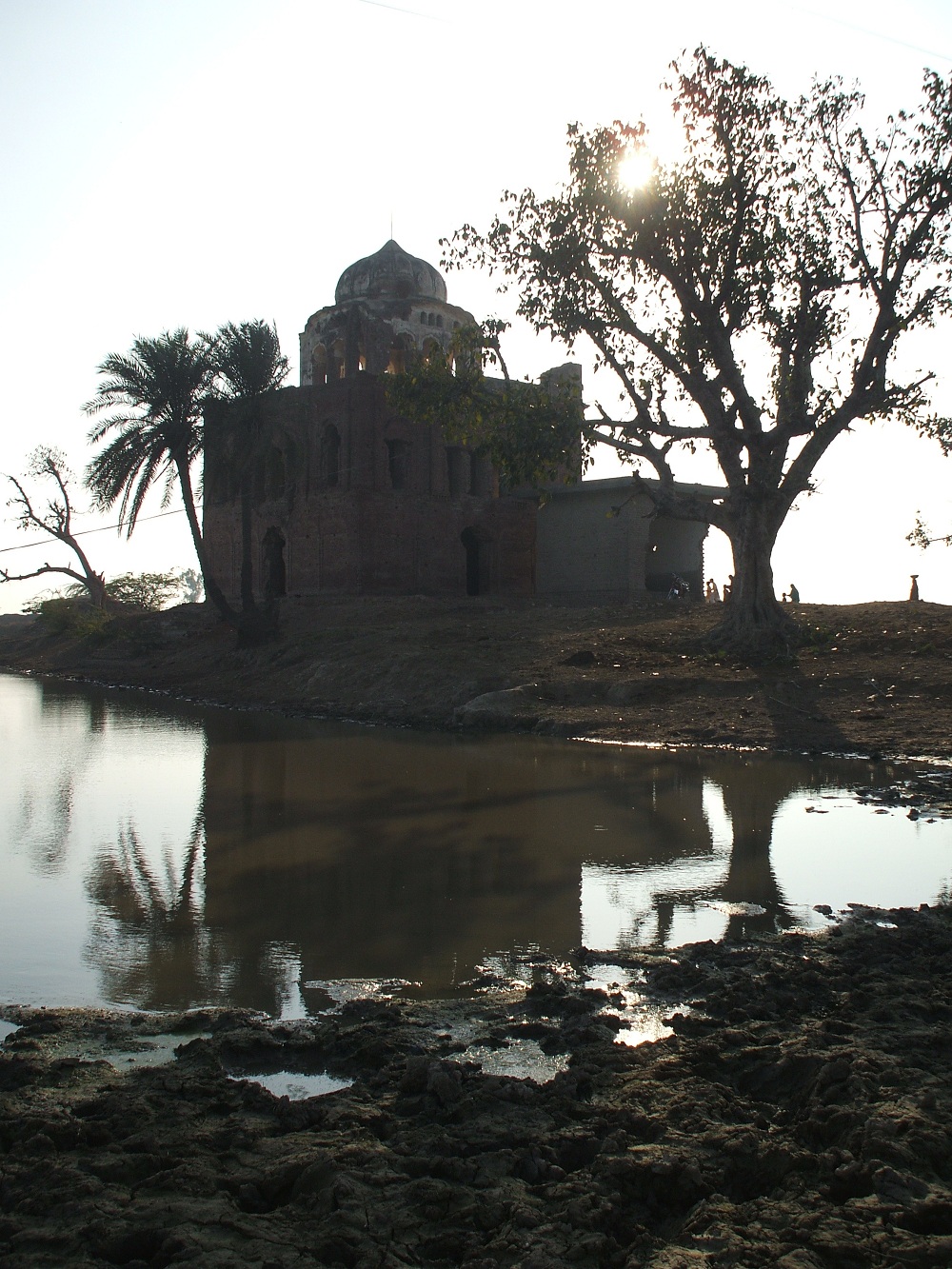 The Gurdwara of Nanak at Jhaman.

I had driven close to the India-Pakistan border a few months before my visit to Jhaman. I was on a lonely road driving in the direction of a Kos Minar, or mile pillar, that I could see a few hundred metres away. It was a wide structure, about 30-feet long, standing in the middle of lush green fields. It was the month of sawan and the rice paddy were dancing with the arrival of the monsoon. Dark clouds descended to join the celebration. There was a small village behind the Kos Minar. 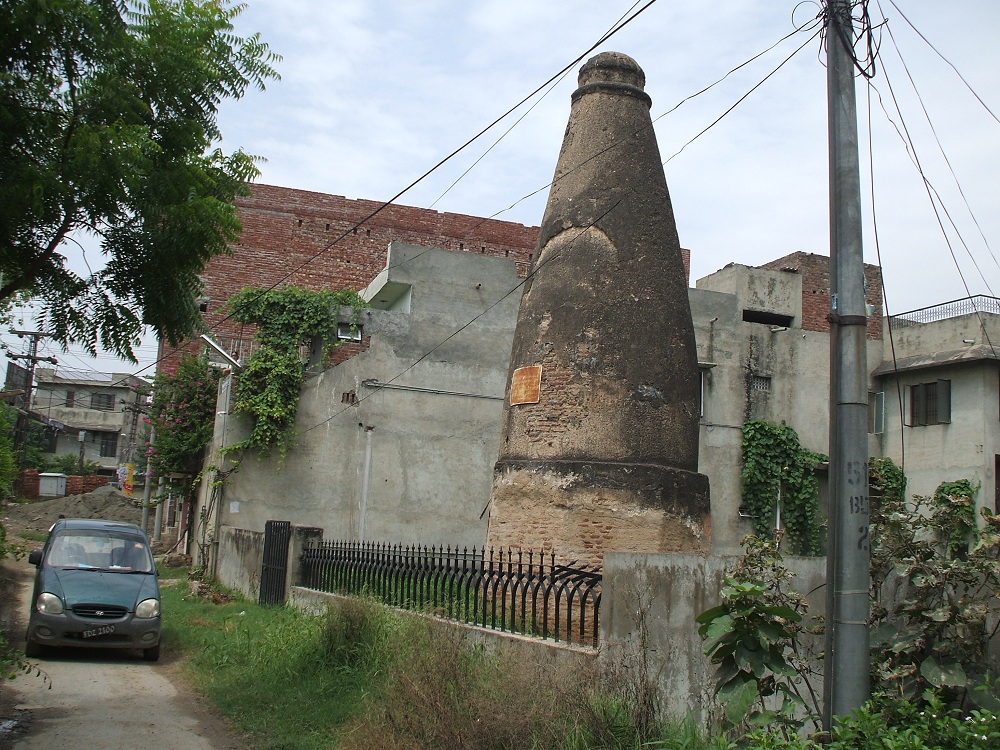 The kos minar of Lahore.

Kos Minars were introduced by Afghan ruler Ahmed Shah Abdali as milestone on the major highways of the country. Kos is an Indian unit of distance – about three kilometres. Mughals who followed Abdali continued to build these structures. On important routes like this one, which came from Delhi to Lahore, two of the most important Mughal cities in North India, there were caravanserais, or inns, accompanying these Kos Minars.

As I was about to edge closer to the India-Pakistan border, a young man on horseback emerged from behind a bunker and stopped in front of the car, which screeched to a halt. The man was wielding a double-barreled gun. “Where do you think you are going?” he asked me. “To that Kos Minar,” I said, pointing at it.

“That is in India,” he shot back. “You are standing on the India-Pakistan border. A few meters further and you will be in India. That village behind you, Killa Jevan Singh, is the last village on the Pakistani side.”

In the middle of the village there was a tall mound and resting on the mound like a crown were the remains of an old fort, the fort of Jevan Singh. 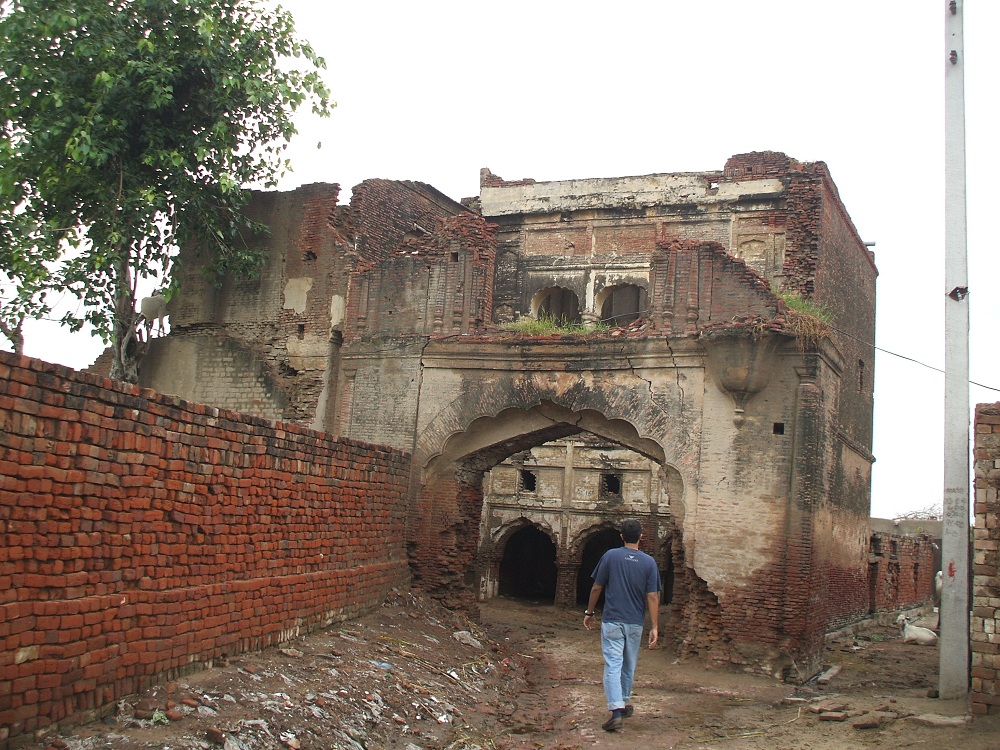 More than Jevan Singh, it was his father, Milka Singh, who left a mark on the history of Punjab. Before Ranjit Singh rose from Gujranwala and swept Punjab, it was being governed by several warlords. There were small groups scattered all over the country, vying for more control. Milka Singh managed to wrest several villages and cities in the region of Potohar Plateau, including the city of Rawalpindi, making him one of the biggest landowners in the entire province. Perhaps if Ranjit Singh’s force had not spread through Punjab, the history of this family would have been different.

A little north from Killa Jevan Singh is the village of Padhana. Here I stood outside another dilapidated gurdwara. There was a lock at the entrance. This was the Gurdwara of Guru Hargobind, who visited this village before he went to the neighbouring village of Nowshera. A few kilometres away I could see the village of Nowshera. At the centre of this settlement was a shiny white gurudwara also commemorating the visit of Guru Hargobind. Somewhere in the middle of these two villages lies the most dangerous border in the world, a little white milestone that demarcates one country from the other. 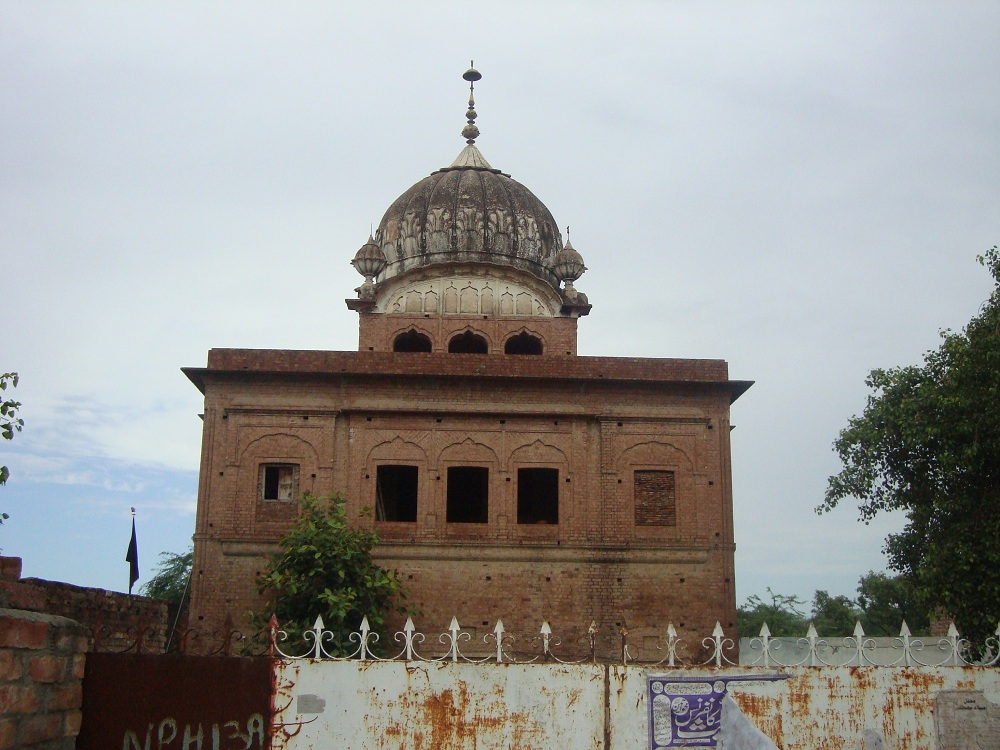 The Gurdwara of Guru Hargobind at Padhana.

I headed towards the haveli of Jawala Singh, a general in the army of Ranjit Singh. His progeny still lives in Padhana. “A few years before Partition my father converted to Islam,” said Amanullah Khan, the 80-year-old grandson of Jawala Singh. The rest of his family remained Sikh and migrated to India after Partition. They were able to retain their vast property around this village, awarded to them by Ranjit Singh, after subsequently converting to Islam. 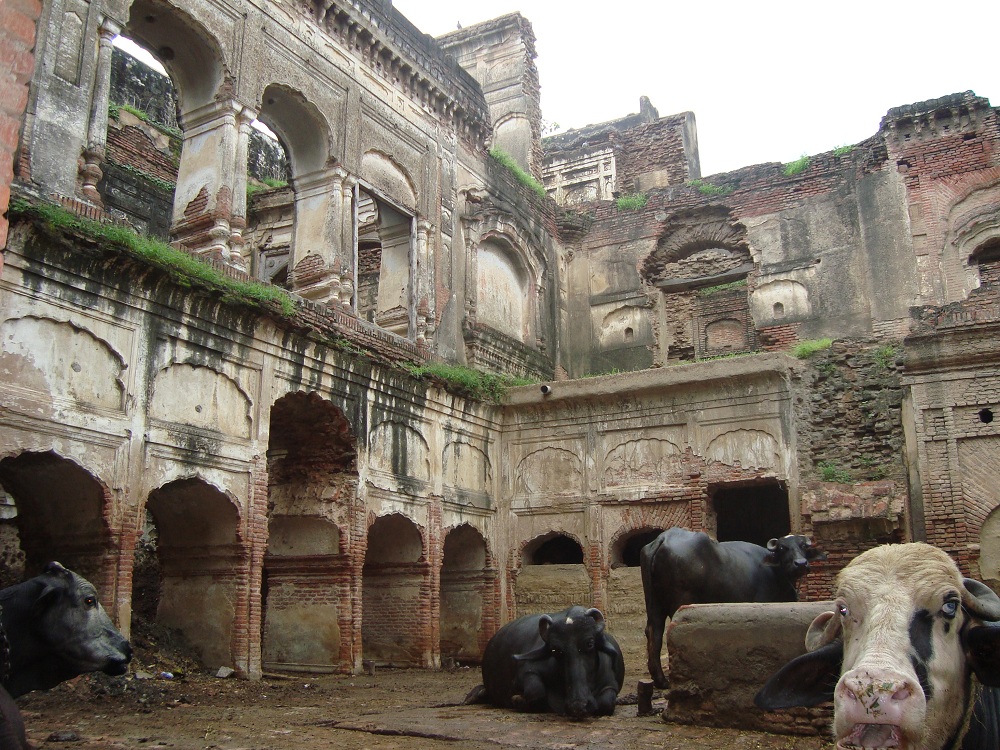 South from here, in a village that is now part of Kasur district, I was searching for the uncle of my friend, Iqbal Qaiser. He had been living at this border village for many decades now because this was the village of his beloved, a girl he could not marry. Iqbal Qaiser’s uncle does not have a mobile phone and even if he did, it would not function here, being so close to the border. His uncle was not available but a friend of his decided to show us the border.

“Anyone who visits us wants to see the border,” he said as he guided us through the fields. The fence on the Indian side appeared in front of us. There were a few women working in a field in front of it, while a few security officials in uniform stood on guard behind them. These women did not look at us as we approached them. Our host grabbed my arm. “Stop here,” he said, “you are about to cross the border.” There was a small white block next to my feet. This was the most dangerous border in the world and I was about to breach it.