Nov 22, 2015 · 08:15 am
Scroll Staff
An art display consisting of a plastic styrofoam cow caused a stir at the Jaipur Art Summit on Saturday, with police forcibly taking down the installation artwork over "hurt religious sentiments" and detaining two artists for three hours.

Artist Siddhartha Kararwal's work titled "Bovine Divine" involved a life-size styrofoam plastic cow suspended mid-air using a balloon. "The purpose of the display was to draw attention to the plight of abandoned animals who end up scavenging, eating plastic and choking to death," said Kararwal. 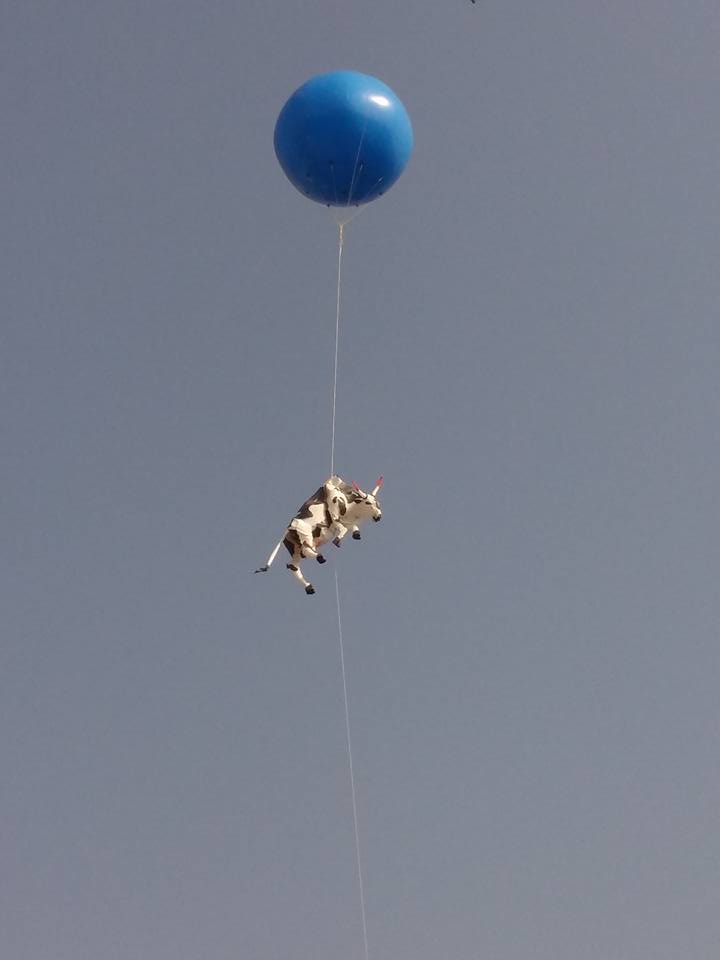 The police arrived a few minutes before the show was to begin. "They came to us and said that someone had complained that the display was hurting religious sentiments." he said. "They asked us to take down the artwork immediately."

Chintan Upadhyay and Anish Ahluwalia, members of public art collective Sandarbh that supported Kararwal, tried to reason with the police and insisted that the plastic cow be left alone. However, an argument ensued and they were taken to Bajaj Nagar police station, where they were detained for nearly three hours.

"We told the police that we could not understand why there was a controversy given that the organisers of the event had not raised any objections," said Ahluwalia. "I asked them how a toy cow could hurt religious sentiments in anyway."

At the venue, Kararwal's work was forcibly relocated by some people, who performed a puja before garlanding the plastic cow.

"The police recommended that if artists want to raise awareness about social concerns then they can write essays and make paintings," said Kararwal. "A key issue that seemed to bother them was: 'Why fly a dead cow?'… When we explained that the cow was not dead, we were asked if it was alive."

The sculpture was eventually removed from the venue.

An officer at the Bajaj Nagar police station denied that any such incident had taken place or that anyone had been detained. However, the Hindu quoted the Station House Officer Mahendra Gupta as saying that the artists were not detained and were taken to the police station only to be explained that some sections might create an issue out of the plastic cow art work and hence the art work needed to be dismantled immediately.

Suraj Soni, the Jaipur coordinator of People for Animals, who objected to the art work, told the newspaper that he found it "disrespectful because it looked like the cow had been hanged to death. Also, there was no slogan accompanying the art work and one could easily misconstrue the installation as a portrayal of cruelty on animals.” 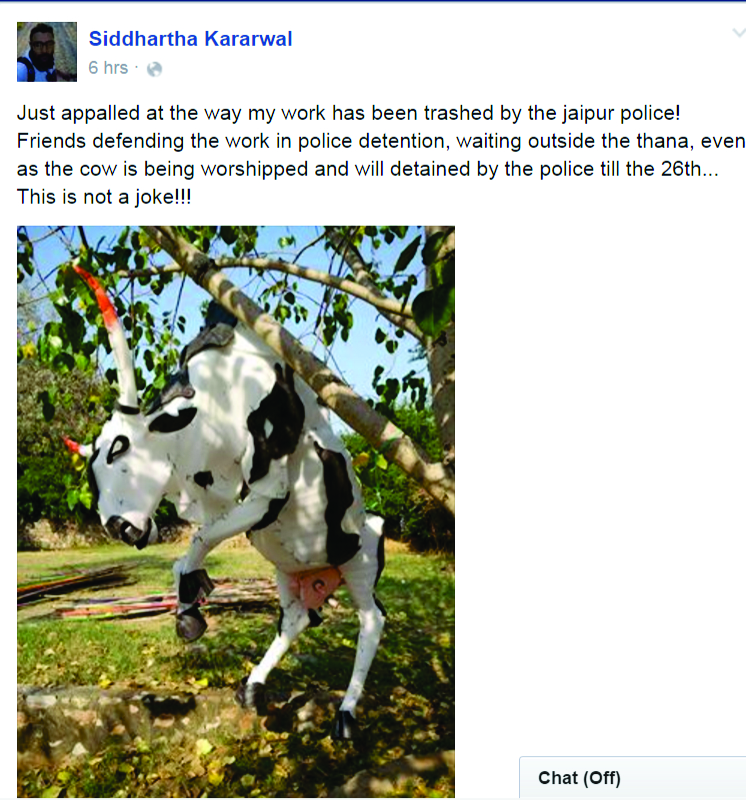