Contribute Now
Ad
Bajirao and Mastani's love story is widely known in Maharashtra. Peshwa Bajirao I, the greatest leader of the Maratha empire after Shivaji, married Mastani, the daughter of Bundela king and an Iranian woman, in the face of family opposition, imprisonment and crippling orthodoxy.

Their story is fondly remembered in Marathi plays, television serials, novels and films that have taken various liberties with the characters. As Marathi historical films tend towards hagiography, erring on the far side of caution, these adaptations have never caused any stir.

Now, Sanjay Leela Bhansali's interpretation, Bajirao Mastani, a Hindi film to be released on December 18, might stretch that limit farther than ever. Days after he released previews of two of the film’s songs, Pinga and Malhari, Maharashtra’s conservative middle-class, upper-caste community rose in uproar at what they perceived as an insult to their community and to figures they held most dear. The matter has now gone to Maharashtra chief minister Devendra Fadnavis who has promised to look into the issue.

A group of descendants of Bajirao’s first and second wives now plan to file a public interest litigation in court asking for the film’s screening to be stopped. Their objections range from the use of words that “our household” children would never use, to the revealing nine-yard saris worn by the leads Deepika Padukone and Priyanka Chopra, to the fact that they, as Bajirao Peshwa’s wives, are dancing at all.

“In Malhari, they showed Bajirao Peshwa dancing,” said Dr Anuradha Sahasrabudhe, a social activist involved with the case. “That is impossible. He did not have the time to eat or even cook his food and this is the kind of man who will stop to dance?”

Bhansali’s film, which stars Ranveer Singh in the main role, has been 10 years in the making and is based on the Marathi novel titled Raau by Nagnath S Inamdar. Bhansali consulted historian Ninad Bedekar, widely held to be the final authority on the Peshwas, for details on the period. Bedekar, who died in May, was one of those who had called for a ban on James Laines’s Shivaji: Hindu King in Muslim India.

The demands of those who oppose the film are clear: Bhansali must remove Pinga and Malhari from the film and he must show the rest of it to Bajirao’s descendants so that they can suggest other objectionable content be removed. They have offered to bear the costs of these changes to prevent the filmmakers from bearing a loss.

The trouble is, the story of Peshwa Bajirao I and his second wife Mastani is almost entirely fictional. While Mastani certainly was his wife, historians say there is little to glean from reliable sources about who she was, or even about the nature of their relationship.

Bajirao is widely acknowledged by historians, and in the popular imagination, as the greatest Maratha ruler since Shivaji and is the best renowned of the nine Maratha Peshwas.

“He was only twenty years old and already had a reputation for rapid decisions and a passion for military adventure,” writes Stewart Gordon in The Marathas 1600-1818 (from The New Cambridge History of India). His reign was marked by “ceaseless military and administrative activity”.

The Peshwas were hereditary prime ministers of the Maratha empire who had power commensurate with that of the rulers. Though Bajirao himself made administrative decisions and led the Maratha army in battle well beyond the Narmada, he was still subordinate to Shahu Maharaj, the grandson of Shivaji and ruler of the Maratha empire.

Mastani was the daughter of Maharaja Chhatrasal, a Bundela Rajput who founded the state of Panna in Bundelkhand, and his Persian wife Ruhaani Bai. She and her father were followers of the Pranami sect, a Bhakti sampraday that does not distinguish between caste or religion.

Chhatrasal offered Mastani to Bajirao as a wife along with a third of his revenue after Bajirao helped him to defeat an invading Mughal chieftain from Allahabad around 1727.

Sahasrabudhe was at pains to note that Mastani was married not to Bajirao, but to his sword, as she said was a custom at the time.

"All the rituals were performed with Bajirao Peshwa's sword and she was then welcomed to Pune, where they were involved as husband and wife," Sahasrabudhe said. "They were not accepted at first, but after Mastani died, Kashibai raised her son."

For all we know today, the two might as well have been madly in love and brought together by political expediency. In many histories, Mastani remains a footnote – that she was the daughter of the Raja of Chhatrasal, that she was the first Bajirao Peshwa’s second wife and that their son was raised as a Muslim is what is certain.

"We have no history from the women of those times," pointed out historian Saili Palande-Datar. "Not many rights or privileges were given to ladies because of the orthodoxy. So most of our sources of those times are socio-economic records, revenues and accounts of political battles. That is why we know so little about Mastani."

Yet the details that slip through are tantalising in their possibilities.

Bajirao was a Chitpavan Brahmin, a clan with a reputation for orthodoxy. Bajirao married an outsider, and worse, someone with a Muslim mother. A likely complication, said Palande-Datar, was that Bajirao’s first wife Kashibai came from a family of Chitpavan Brahmin moneylenders who were the chief funders of the Maratha empire. Bajirao did not have absolute power. Had his in-laws exercised their clout with the Maratha emperor Shahu Maharaj or with other sardars of the empire, his position as prime minister might no longer have been secure.

Although his family did not accept their relationship, Bajirao evidently fought great social sanctions and political peril to stay with Mastani, and protected her from political reprisal until his death.

Whatever their relationship, Bajirao prevailed. Mastani stayed for some time with him in his palace in Shanivarwada in Pune. Later, he shifted her to another palace in Kothrud. His family continued to object. At one point, when Bajirao was away at war, his family confined Mastani to a part of his palace. Nor did they allow Mastani’s son with Bajirao to be raised as a Hindu. As Mastani’s mother was a Muslim, they insisted that her son be raised as one as well.

Bajirao died in battle in 1740. Mastani died soon after in unknown circumstances. After their death, Kashibai took in and raised their son Shamsher. 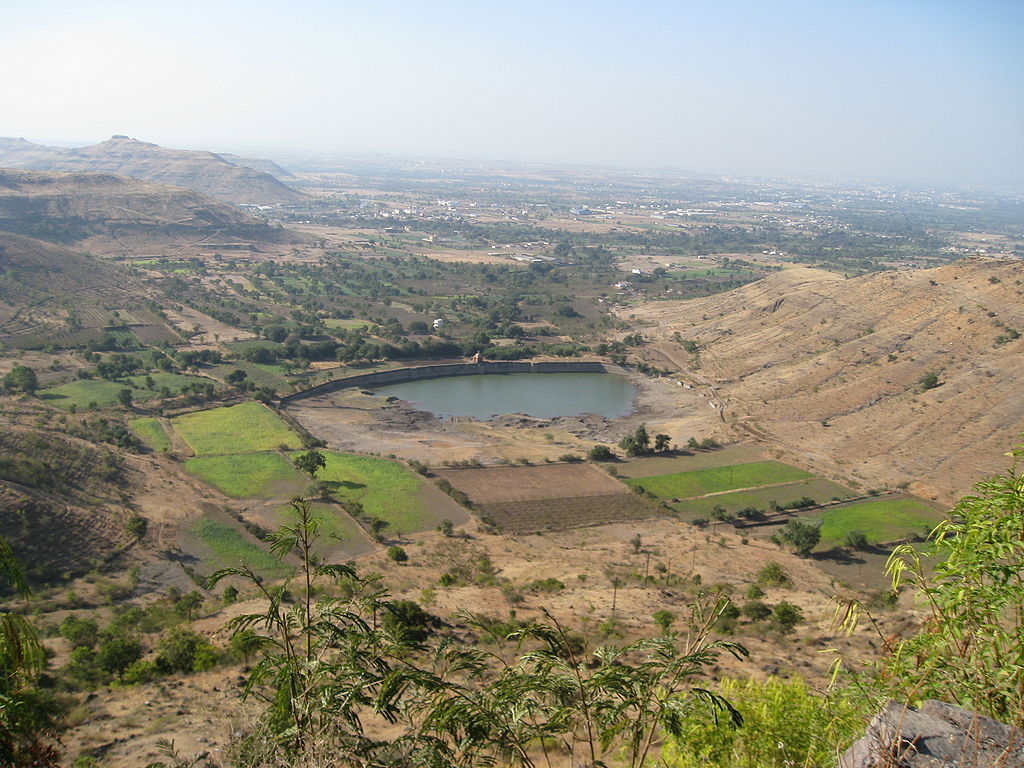 Today, Mastani’s descendants are accepted as a valid, if secondary, bloodline of the Peshwas. In 2012, there were even reports of a historic reconciliation between the two branches of the family.

These are the dry facts of history, but give no hint of how Bajirao and Mastani’s marriage transformed from a politically expedient move into the stuff of folklore – and from there into cultural bywords for great romance.

"There are two main stories about Bajirao Peshwa," said Palande-Datar. "One is how he was a valiant commander-in-chief. The other is of Mastani. With this story, there clearly is fascination in the Maharashtrian crowd about this Iranian beauty who comes to medieval Pune of orthodox sensibilities."

This interest began in the 1890s, more than a century and a half after they had died, when Marathi playwrights began to write a series of nationalistic plays based on historical figures, notes historian Prachi Deshpande in her book Creative Pasts: Historical Memory and Identity in Western India, 1700-1960. The first such play that portrayed them as a couple was Bajirao-Mastani by NB Kanitkar, written in 1892.

The 1890s were also a time of much fervid nationalism. Just a year after Kanitkar’s play was released, Bal Gangadhar Tilak introduced the first Sarvajanik Ganesh Festival in 1893 to unite Hindu sentiment against foreigners.

That decade saw historical plays based on the lives of Shivaji, his son Sambhaji, military leader Tanaji Malusare and other assorted characters drawn from the 200 years of Maharashtrian history after the decline of the Deccan Sultanates and until the last embattled Peshwa sought refuge with the British. The sources of these plays were bhakhars and powadas, ballads composed in elaborate praise of the deeds of Maratha leaders often at the time they were alive.

Kanitkar’s Bajirao Mastani, however, set a different trend. Even as it played up religious and nationalistic tropes, it was also undeniably a love story. Plays that followed Kanitkar’s adopted similar tones and by the 1930s, the story of Bajirao and Mastani was as familiar to Marathi audiences as that of other epic romances. A slew of historical novels beginning in the 1930s also added to the myth-making.

In their hands, Mastani grew out of being one of history’s many ciphers into a brave woman passionately devoted to her husband, an accomplished horse rider who accompanied her husband into battle and someone who fought tooth and nail to protect their son from forces out to kill them.

It helped that Bajirao was as renowned for his beauty as Mastani. Bajirao, Sahasrabudhe said, was widely lauded as not just handsome, but beautiful.

“There is a story that when he went to visit the Nizam in Hyderabad, the Nizam’s queens showered pearls on him because he was so beautiful,” she said. This fable became a plot point in ETV’s television series Shrimant Peshwa Bajirao Mastani, which aired in 2010.

“Many people think of novels as history,” Palande-Datar said. “That is sad. The more entertaining the writing, the more they believe it. This has become just yet another love story with names that are historical.”

There are few physical remnants of Mastani left today. A room in the Raja Kelkar Museum is said to be transplanted from the palace Bajirao had built for her in Kothrud. This, says, Mandar Lawate, a Pune-based historian, is not true.

“It was likely from the second Bajirao Peshwa’s palace, not the one built for Mastani,” he said.

Nothing remains of Bajirao Peshwa’s palace in Shanivarwada except for the walls, he said, as the entire palace burnt down in 1828. The inferno lasted seven days. Mastani’s tomb in Pabal is still there, though it is not well maintained.

The limits of fiction?

Though Sahasrabudhe acknowledges that the romantic aspect of the story was a later invention, she still thinks there is a limit to how far imagination should go.

“In the name of fiction, you cannot show something that is non-cultural, non-historical and disgusting,” she said. “Sanjay Leela Bhansali has put a statement that this is fiction – then he should not use their real names. Otherwise how can you claim anything?”

Nor is this moral policing, she claimed.

“Chitpavans are the most modern community,” she said. “They are responsible for the women’s movement, for education, they have gone beyond tolerance in every age. But is there no morality in society?”
The problem, said Palande-Datar, was that new work based on accurate historical sources did not emerge as quickly as adaptations, which invented around what was available.

"If adaptations are not factual, that is fine, but they should also look at the context," she said. "There is such a thing as liberty, but in this case, it is not creative.”
That said, Datar does not think the film should be banned.

“Don’t look at it if you are really disturbed,” she said. “Make your own movies, write articles about it. But as we are bound by duties, there is also the right to speak.”