The agonising wait is over. Winter has set foot in Kolkata, leaving Bengalis delirious with joy. It's time to open the bottom drawer to extricate that prized possession, the monkey cap. Suitably clad in their woollies, Bengalis are finally ready to partake of their capital city's prime indulgence – the Christmas festival on Park Street.

If you take Sahitya Akademi award-winning author Amit Chaudhuri's word, the Kolkata celebation is “the best Christmas – better than even the London Christmas”.

Though it's always buzzing, Park Street – a combination of New York's Times Square and London's Oxford Street – gets even more festive in December. It gets decked up in blue, with murals featuring Christmas fables. The famed restaurants on Kolkata’s own Party Street join in the fun by giving their frontages a festive look. Delicious aromas waft through the street, originating from the many restaurants and from food stalls specially set up on the pavements. When evening falls, lilting carols from the nearby Allen Park fill the air.

“There is something magical, almost fairytalish about the Kolkata Christmas”, said the author. “Perhaps it is accentuated by the weather that prevails during this time – not cold like Delhi, not warm like Bombay. It is just the perfect weather. And then there are the decorations – the bright lights, the rows and rows of fake Christmas trees...all of which add a certain fairytale quality to it.” 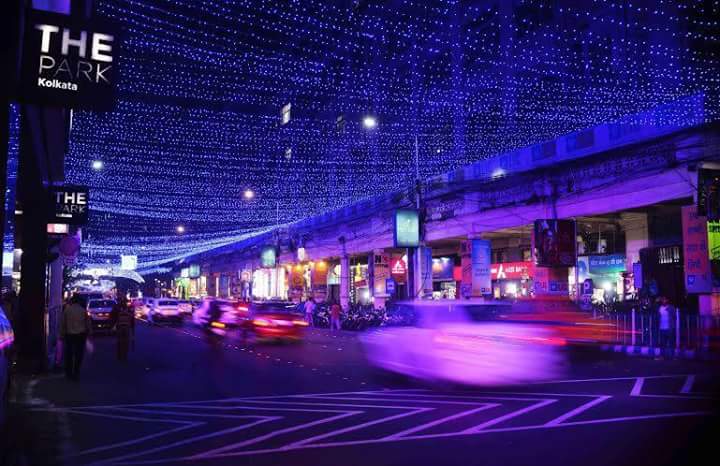 
Kolkata’s contemporary celebrations are fuelled by memories of the city's Christmas past, said Chaudhuri. Until the late 1960s, the festivities on Park Street were driven by Kolkata's large Anglo-Indian population. But then, the Naxalite revolution quietened the revelry. However, since the 1990s, the Park Street Christmas has been revived – with a slight difference.

“If it was a festival for the Anglo-Indians and Christians earlier, it has become a festival for everyone," said Chaudhuri. "Park Street opens itself up to the public – both the upper and middle classes come to celebrate the festival. In many ways, the Kolkata Christmas and its accompanying elements – the carols at the various cathedrals, the Midnight Masses – have become institutions of the city. Just like Durga Puja, there has been a secularisation of the festival.”

That's obvious from the sights around Park Street and the lanes that snake away from it. It is hard to miss the row of fake Christmas trees at New Market, all neatly lined up to impress a potential buyer. A little farther away, Free School Street has a charming array of Santa Claus figurines. The various bakeries outside New Market invariably wear a busy look at this time of the year – orders for those delectable fruit cakes never seem to stop. 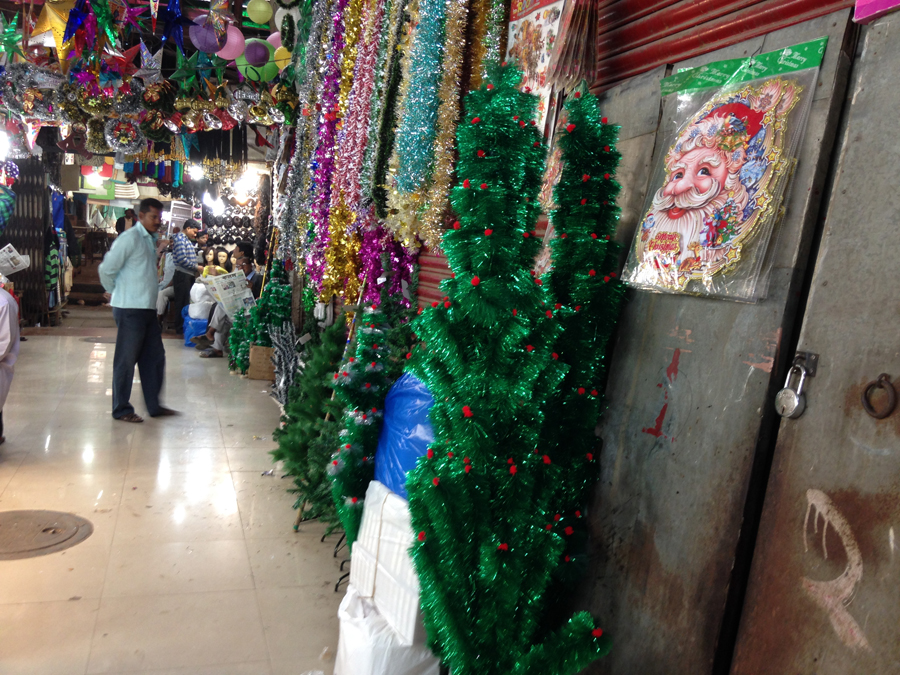 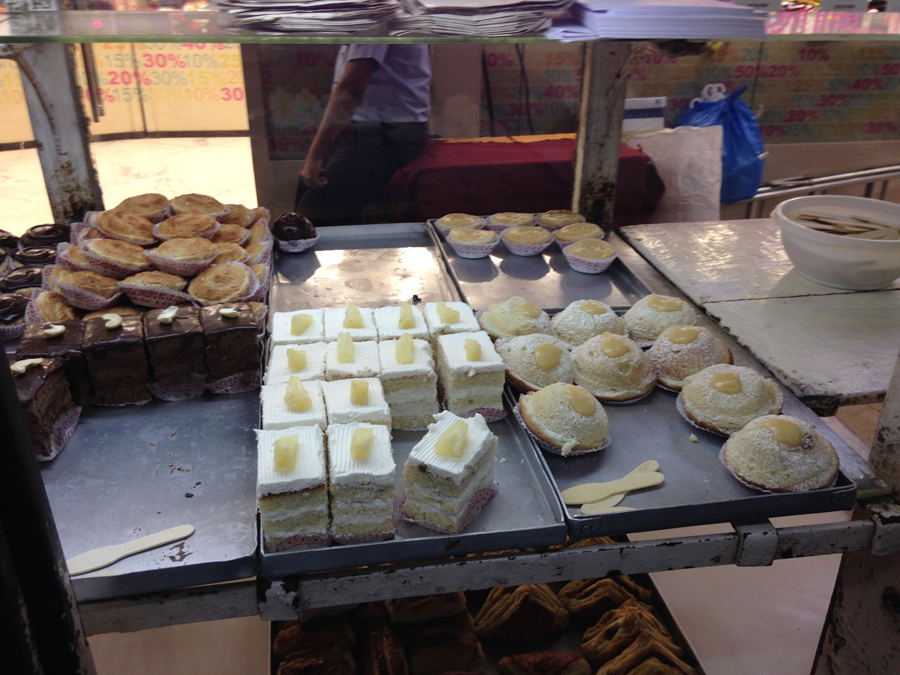 Bakery delicacies laid out on display at Nahoum's, one of Kolkata's oldest Jewish bakeries. 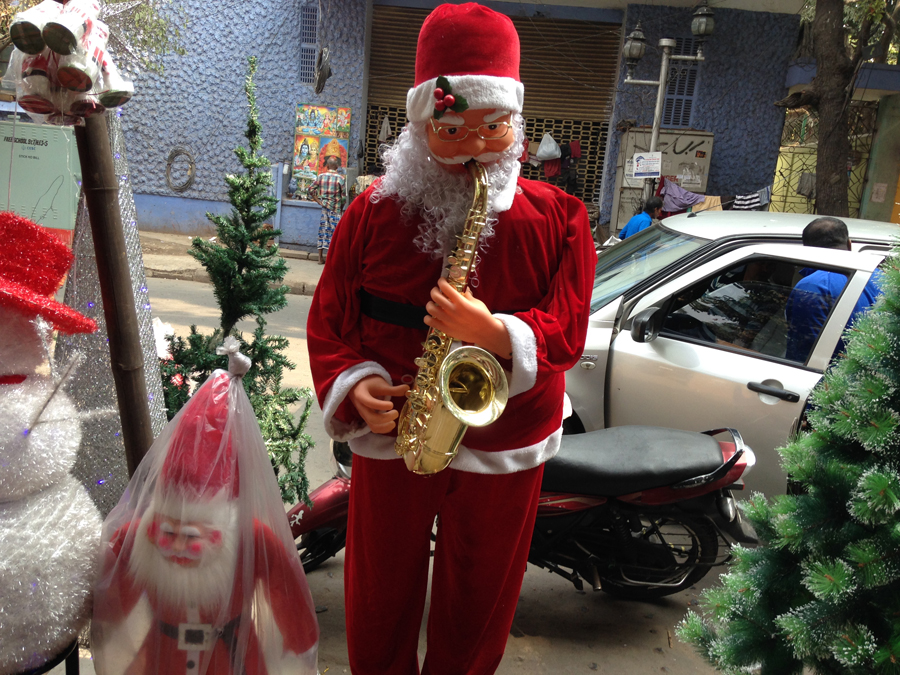 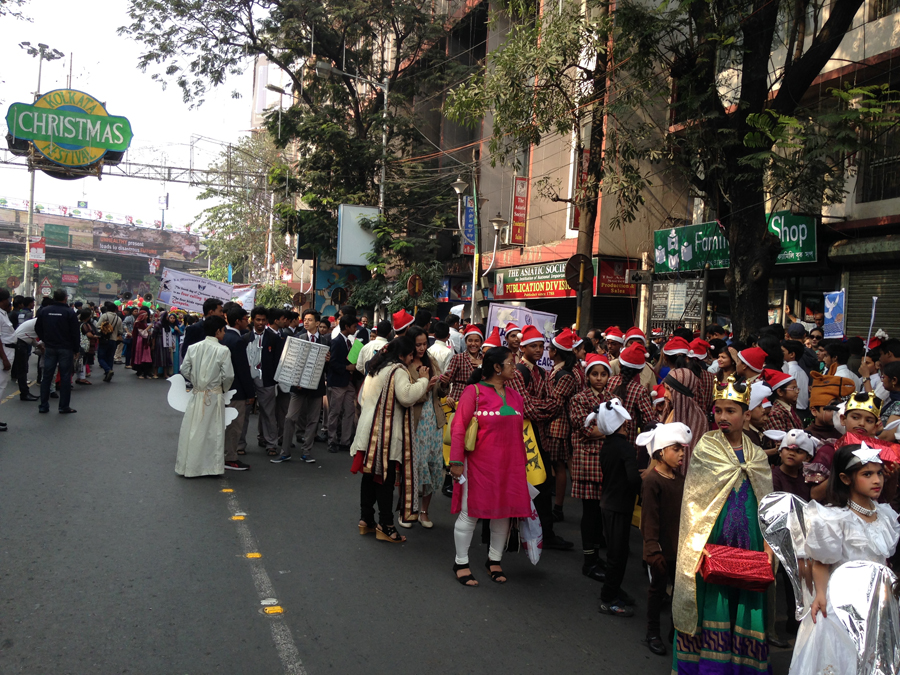 But it is on Christmas Eve that the fairytale will truly come alive. Vehicular traffic will be closed off as hordes will descend upon Park Street. Some will come to eat at the restaurants, braving the mighty queues, some just to partake of the famed Yuletide spirit, with the trademark red Santa caps.

“In the western world, Christmas is a time to be spent with family," Amit Chaudhuri said. "Consequently, the streets of London are cold and empty as much of the population is indoors with their families. It is Kolkata that sees this unique phenomenon – thousands of people celebrating the festival outdoors – a sight that no other city can lay claim to...”