There’s no one smartphone that is best for everyone, but we’ve spent hundreds of hours testing scores of phones so you can find the best one for you. The phone you buy will depend on your budget and which of the major smartphone platforms – Apple’s iOS or Google’s Android – you’re already invested in. But whether you want a top of the line phone or something more affordable, we’ve got recommendations for iPhone and Android. 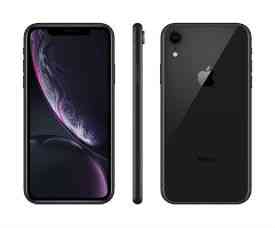 The best iPhone X for the best price

Unless you absolutely need a dual-lens camera or an OLED screen, we think the iPhone XR is the best choice for most people, with a big screen and the same front-facing camera as the XS and XS Max for less money.

Who this is for: People who want the latest in iPhone X technology but don’t want to spend a huge amount for it.

Why we like it: Apple’s iPhone XR offers the same great features as last year’s iPhone X at a price closer to that of 2017’s iPhone 8. It comes with a big, beautiful screen and supports wireless charging as well as Apple’s Face ID facial-recognition system, which genuinely changes the way you interact with and use the phone, usually for the better. Every Wirecutter staffer who has used a phone in the iPhone X series has loved it, and the XR represents the most affordable way to get the most up-to-date and forward-looking experience. It’s also available in a variety of colours: black, white, blue, coral, red and yellow.

Flaws but not dealbreakers: The iPhone XR has only an LCD screen, versus the deeper-contrast OLED screens on the iPhone XS and iPhone XS Max. However, most people wouldn’t notice the difference unless they were directly comparing the screens. The XR also has a physically larger screen than the XS for less money.

The iPhone XR also lacks the dual-lens camera that’s found on the XS and XS Max. But it can still shoot portrait photos with its single 12-megapixel wide-angle lens. In fact, we prefer the camera on the XR in some circumstances, even without the dual lens. 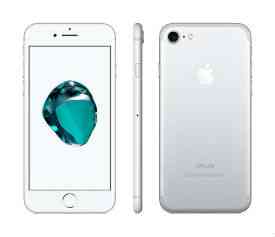 A relatively inexpensive way to get a modern iPhone experience

It’s been around for a few years now, but the iPhone 7 is still a fast phone with a great camera, and it costs less than half as much as the XS. However, it doesn’t support wireless charging.

Who this is for: Those who want to save some money without giving up most of the things we like about the newest iPhones.

Why we like it: Although it was released in 2016, the iPhone 7 remains a great phone. It has a fast processor, great screen and a good camera, and the 32 GB model is comparatively inexpensive. That means you can run the same software and apps as the latest iPhones, and continue getting iOS updates with new features and security patches for years to come, all for less than half the price of an iPhone XS. And if you need more space, a 128 GB iPhone 7 doesn’t cost that much more.

Flaws but not dealbreakers: The iPhone 7 has been around since 2016, so it doesn’t have the camera quality and performance of the latest models, and 32 GB isn’t a ton of space for apps, photos, and movies. You can alleviate the problem by buying extra iCloud storage, but that’s an extra monthly charge on top of what you’re already paying. If you want more space, the 128 GB version of the iPhone 7 isn’t that much more than the 32 GB base model. If you’re looking for wireless charging or Face ID, however, you’re going to need to upgrade to the iPhone XR. 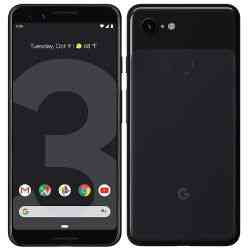 The fastest Android phone we’ve ever tested, the Pixel 3 also has the best camera, and it offers the newest version of Android with guaranteed updates until October 2021. 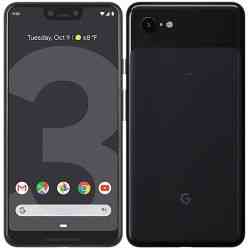 The same phone with a bigger screen and battery life.

Who this is for: You want a fast, secure Android phone with the best camera and guaranteed software updates.

Why we like it: Hundreds of smartphones use Google’s Android software, but the 5.5-inch Google Pixel 3 and its larger cousin, the Pixel 3 XL, are two of the models for which Google actually controls how the software looks and works – and, more important, how often they get new software updates. This means that when Google updates Android with new features and security updates, the Pixel phones get them immediately, instead of making you wait months or years like you do with Android phones from companies such as Samsung or Motorola. You’re also guaranteed to get the latest updates right away until at least October 2021. And Google’s version of Android is easier to use than the versions on other phones, since Google designs the user interface to be consistent with its apps, and the phones don’t include a bunch of extra, duplicative apps from the smartphone vendor.

Of course, the Pixel 3 and 3 XL are also good in all the other ways that matter: they’re fast and well-built, with OLED screens, decent water resistance, and the best Android phone camera we’ve tested – in some circumstances, they’re even better than the camera on Apple’s iPhone XS.

Flaws but not dealbreakers: The Pixel 3 and 3 XL both lack a headphone jack and a microSD slot. Unlike Samsung’s Galaxy S9, they don’t include facial recognition, either. And although the etched-glass back is nicer than the aluminium enclosure on older Pixel phones, it’s also easier to scuff and scratch than a smooth glass body. The etching makes it easier to hold without slipping, however.

The Pixel 3 and 3 XL are the first Android phones that make Google’s new gesture navigation mandatory, without the option to use traditional navigation buttons or gestures. This new navigation style is not quite as good as Apple’s, but we think most people will be able to adjust to it.

The larger screen on the Pixel 3 XL has a notch at the top, to make room for the phone’s front-facing cameras. This is becoming a common (if divisive) design quirk on larger phones with edge-to-edge screens, and it could be a dealbreaker for some people.

A high-end Android phone at a lower cost: OnePlus 6T 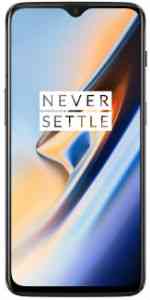 With a sharp OLED display and top-of-the-line processor, the OnePlus 6T is a great phone at a great price, although it lacks water resistance and wireless charging and has a good-not-great camera.

The OnePlus 6T is one of the most consistently fast and responsive phones we’ve ever used. It comes with the same basic insides as a flagship phone like the Pixel 3 or the Galaxy S10, including a Snapdragon 845 processor, 6 to 10 GB of RAM, 128 or 256 GB of storage, and a 6.4-inch OLED display. But at its starting price, the OnePlus 6T offers a significant discount over our top pick.

Of course, this value comes at a cost. The OnePlus 6T lacks some of the newer, higher-end features that have become standard on more expensive models, including wireless charging and water resistance. The onboard camera works well enough, but it still can’t compete with the picture quality that you’d get from the Pixel or the Galaxy. And while the company’s support has improved over the past year, you’ll still have to wait longer for support replies and shipping than you would with a Google or Samsung (or Apple) phone. If you’re willing to make these trade-offs, then the OnePlus 6T is still an excellent deal. 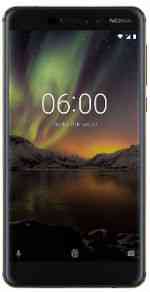 Who this is for: People on a budget who still want a phone that does more than the bare minimum.

Why we like it: Although the Nokia 6.1 costs less than many modern high-end smartphones, its screen, performance and camera are good enough that it’s never frustrating to use, even if those features are not as good as what you get in the Pixel 2 or Galaxy S9. The Nokia 6.1 also includes a fingerprint reader and a version of Android that’s pretty close to what Google includes on its Pixel phones. And as an Android One device, it will receive fast updates until at least May 2020, two years after its release date – it’s one of the few budget phones that get quick security patches and new versions of Android when they’re released.

Flaws but not dealbreakers: “You get what you pay for” also applies to the Nokia 6.1 in a few respects: budget phones have never been good at taking pictures in low light, and more-expensive phones have faster Wi-Fi and cellular technology. This phone is also slightly wider and less comfortable to hold than the Moto G6.

The Nokia 3.1 has exceptional software with guaranteed updates, and its performance is better than that of other phones in its price range, but it lacks a fingerprint sensor.

Who this is for: People looking for something cheap and functional for an accident-prone child, for a tech-averse relative, or as a secondary or temporary phone for themselves.

Why we like it: It’s hard to find a phone that’s pleasant to use if you are on a tight budget, but the Nokia 3.1 manages to pull it off. Like the Nokia 6.1, this is an Android One phone, which means that it runs a clean and usable version of Android that will get regular updates until at least July 2020, two years after the 3.1 model’s release date. The Nokia 3.1 does everything you’d expect a smartphone to do, and it’s cheap, but not “you’ll want to throw it against the wall” cheap.

Flaws but not dealbreakers: Compared with something like the Google Pixel 2, or even the Nokia 6.1, the Nokia 3.1 has an inferior screen. Its camera is slow and takes worse pictures, and it feels slower doing everything from gaming to basic browsing.

The best home printers that are fast, sharp and durable