Contribute Now
Ad
In the late 16th century, Tulsidas began to compose the Ramcharitmanas in Awadhi, one of the earliest vernacular versions of the Ramayana. At around the same time, Mughal emperor Akbar embarked  on a similar project – on a rather more royal scale.

There are hundreds of written and oral versions of the Ramayana, all of which differ widely depending on who narrates the epic and which country you are in. But for centuries, the definitive Brahminical version of the epic was held to be the Valmiki Ramayana, with seven books and 24,000 verses in Sanskrit. It was composed approximately in the fifth or fourth century BCE. Over the years, only a few additions were made by enterprising authors.

However, Akbar decided to change this. In 1574, in an effort to standardise communication in a court that spoke multiple languages, the emperor started a translation office to render Sanskrit, Arabic and even Turkish texts into Persian.

Akbar’s Ramayana, completed in 1584, is a product of several layers of translation. Brahmins at the court first translated the verses from Sanskrit into Awadhi. Court translators then rendered their transliteration into Persian verse, and court painters added their interpretations of the various scenes.

Badayuni, a secretary at Akbar’s court  better known for his critical history of the Mughals, is credited with this translation.

The original translation of Akbar’s Ramayana is lost, but pages from subsequent editions are available in private collections.

Here is a selection of images from the book. 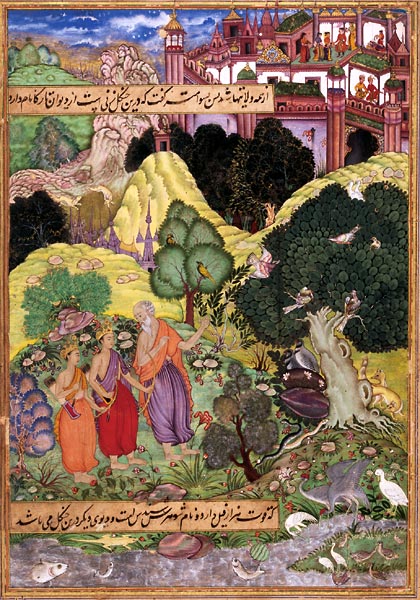 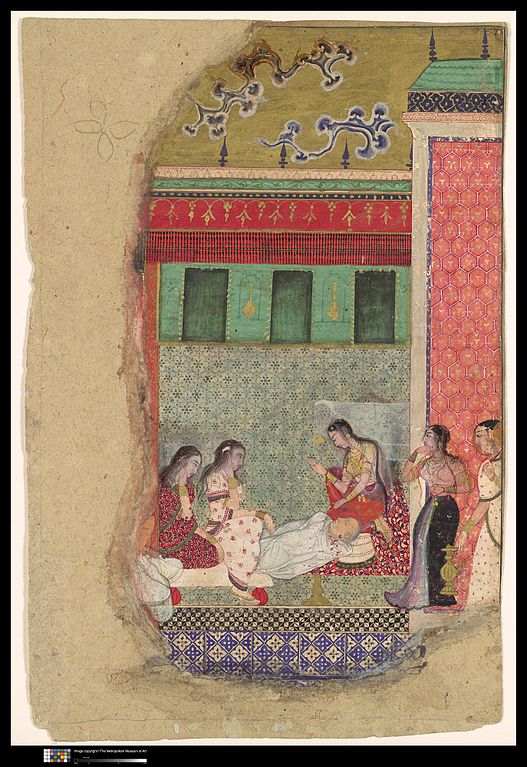 The death of King Dasharatha, the father of Rama. Photo credit: The Metropolitan Museum of Art. 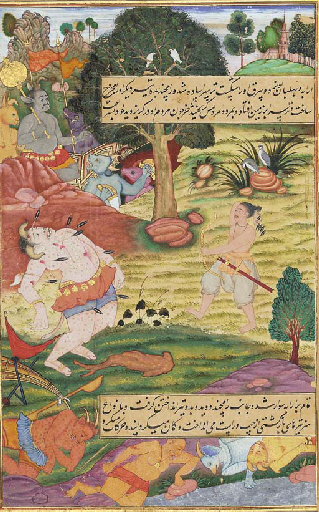 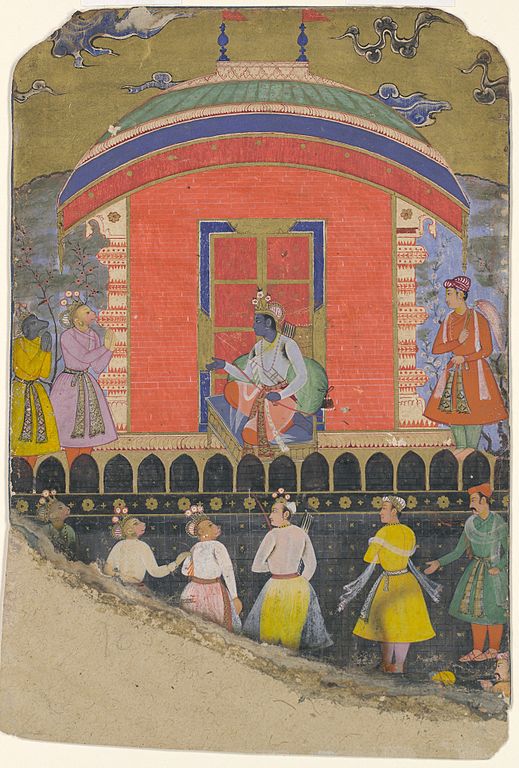 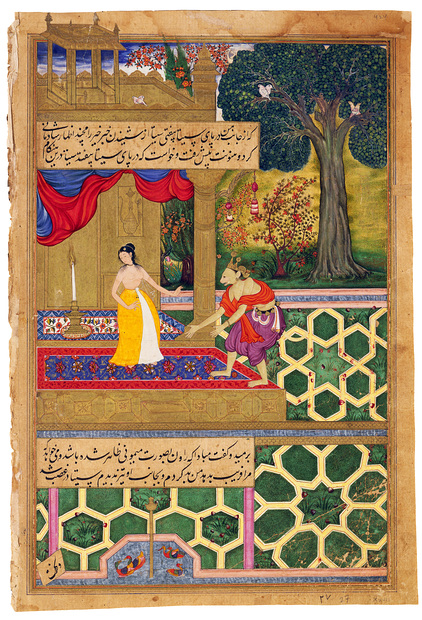 Sita shies away from Hanuman, believing he is Ravana in disguise. Photo credit: The David Collection. 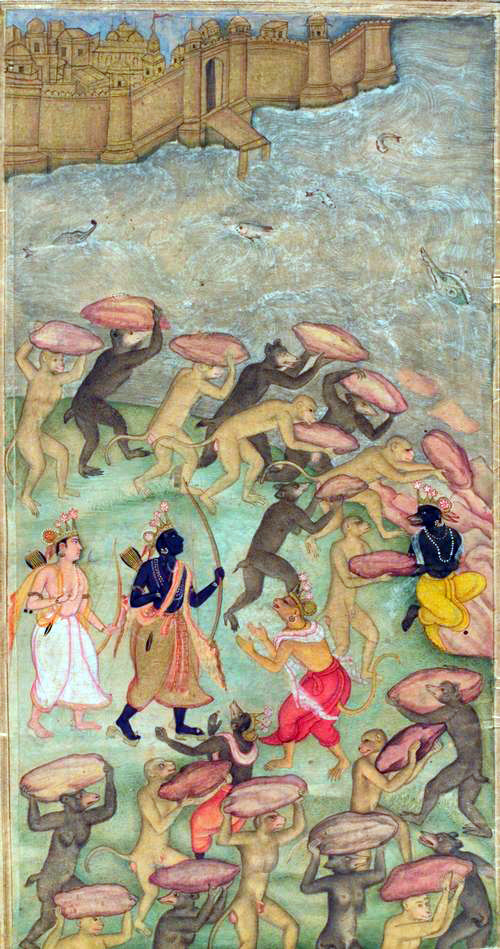 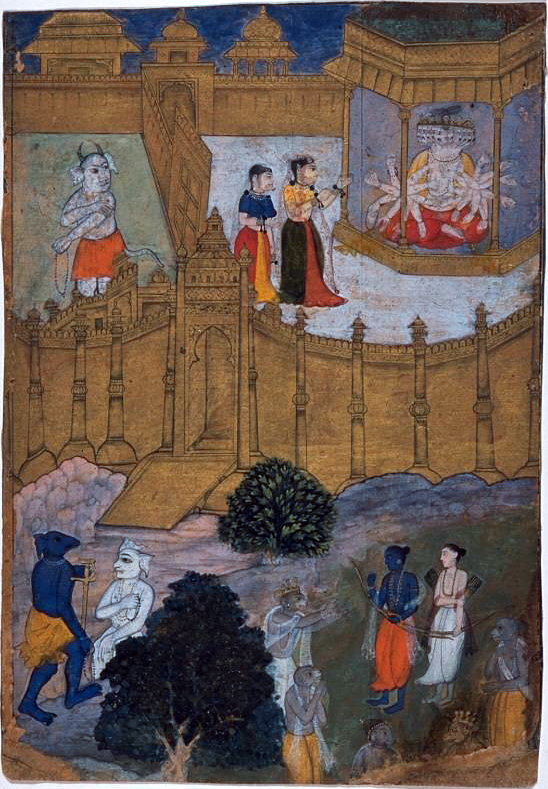 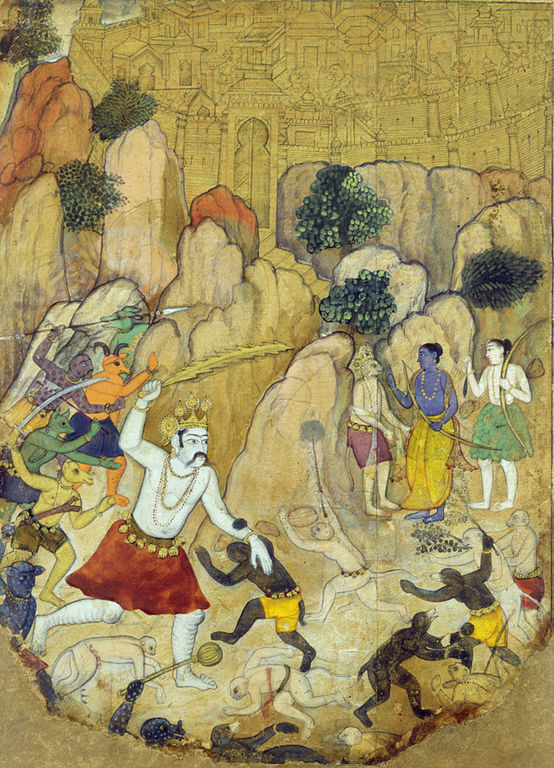 Atikaya, a son of Ravana. Photo credit: The Metropolitan Museum of Art.