Apr 13, 2015 · 02:39 pm
Mayank Jain
The wait is over for thousands of aspirants who appeared in the civil services (mains) examination in 2014. A list of successful candidates from the examination held last year was uploaded on the website of Union Public Service Commission last month. These candidates will now undergo personality tests and interviews before the successful ones go on to become a part of the prestigious steel frame of the country.

After the preliminary stage, the mains examination is conducted which is followed up by personality tests and interviews for the coveted Indian Administrative Service (IAS), Indian Foreign Service (IFS) and Indian Police Service (IPS) among others.

What will the latest batch of civil servants look like? Going by the existing data for the Indian Administrative Services, chances are that  successful candidates will be overwhelmingly male, speak Hindi as their first language and more likely to be engineers and economists than from other streams.

Where the boys are

For every 20 male IAS officers, there are only three female officers. Since 1974, India's steel frame has incorporated only 687 women compared to more than 3,000 men.

Together, Bihar and Uttar Pradesh contribute almost a quarter of India’s civil servants.  Uttar Pradesh, India’s most populous state, has been represented by 619 officers over the last four decades. Bihar is the home state of over 400 officers.

The mother tongues of the officers show more variety, ranging from Bhojpuri to Bodo. Urdu is reportedly the first language of 30 officers. Kashmiri, Dogri and Mizo have been reported as mother tongues by between 10 and 20 people in the services. Surprisingly, there were no speakers of Rajasthani in the ranks.

However, Hindi is the most common first language, with more speakers than the next nine most-spoken languages. Tamil and Telugu have more than 250 speakers each, and stand at the second and third places in the list. 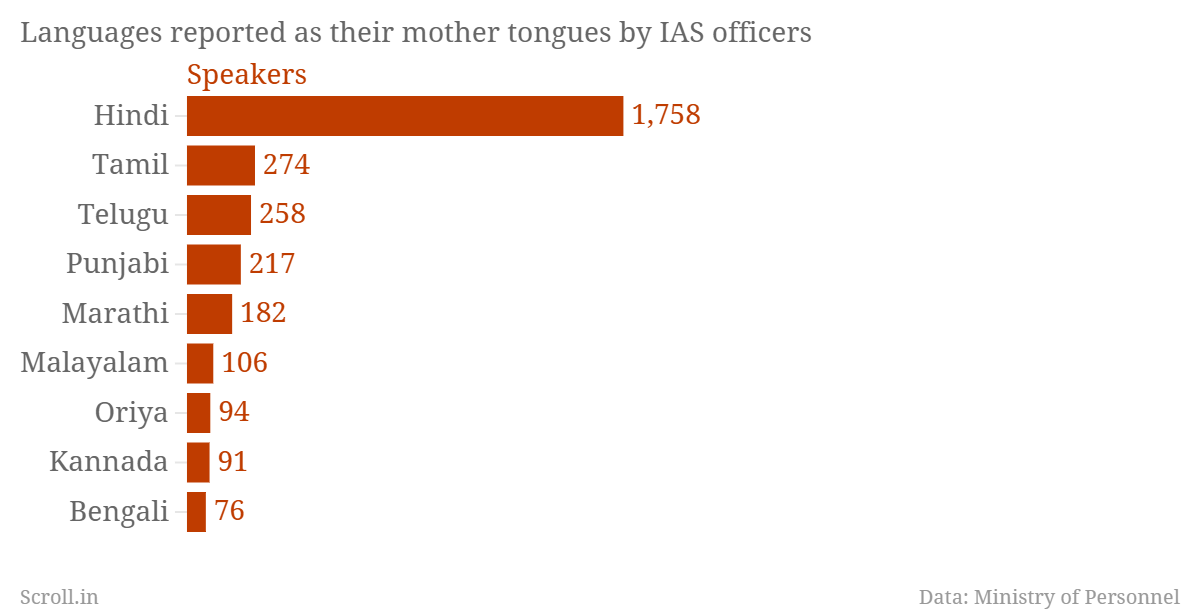 French is the most common foreign language spoken by IAS officers, with more than 35 people reporting that they know the language.  Six civil servants reported speaking Russian while 13 said they spoke German. Chinese, Spanish and Portuguese only had one speaker each. 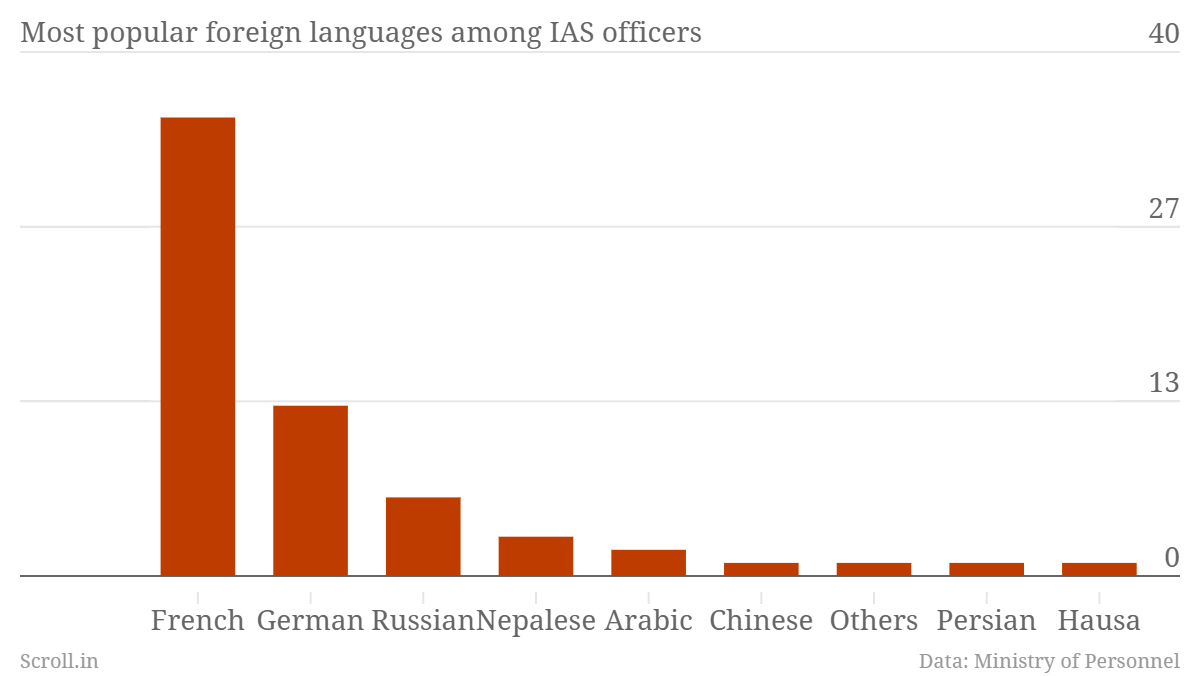 Engineers and economists dominate the civil services. Mathematics, law, business, sociology and art were the specialisation of around 50 people each. But there were people who had studied agriculture, defense studies, social work and medicine. 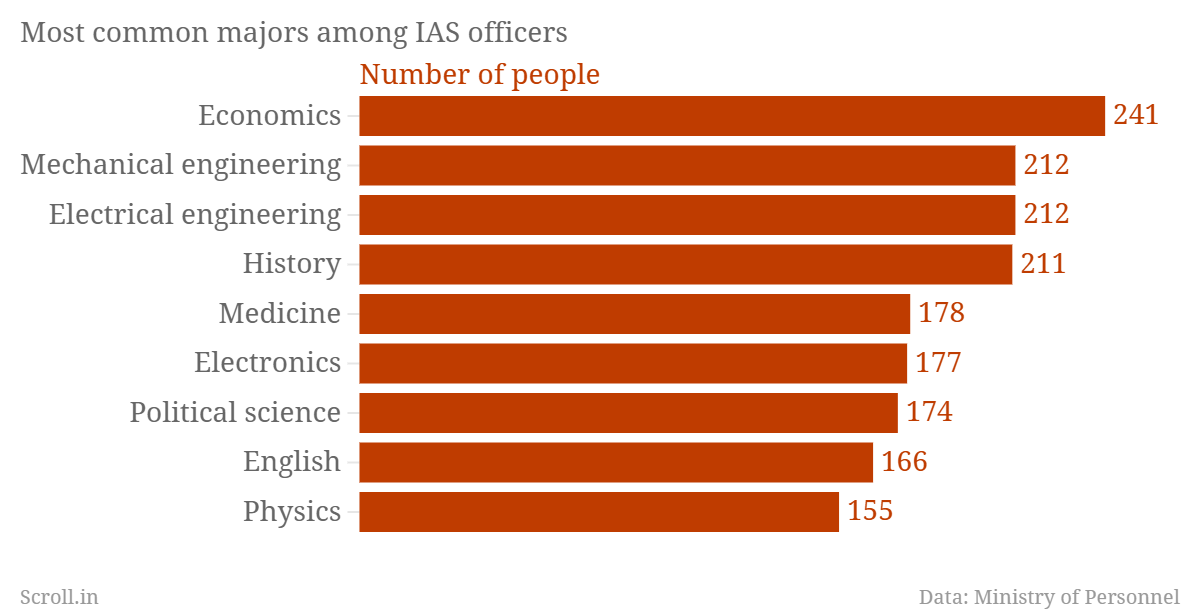