Oct 02, 2015 · 10:30 am
Anil Singh
Mahatma Gandhi learnt spinning here. The first call for mass satyagrah was given from here. The call to the nation to make public bonfires of imported cloth and to patronise khadi was given from here, as was the call to observe January 26, 1930 as Independence Day. Yet, Mumbai’s Mani Bhavan, in which these momentous events occurred, is largely ignored by Indian visitors today.

Mani Bhavan, near Chowpatty beach, served as Gandhiji's residence and the headquarters of the Indian National Congress from 1917 to 1934, whenever Gandhiji was in Bombay. The two-storey mansion built in the vernacular style at 19, Laburnum Road (the Laburnum trees have been replaced by the far less-attractive peltophorum trees) belonged to diamond merchant Revashankar Jhaveri, an ardent follower of Gandhi. It was taken over in 1955 by the Gandhi Smarak Nidhi to maintain it as a memorial and is among the six museums in the country dedicated to the Mahatma.

The building is a monument to the simplicity of Gandhi and the power of his ideas. He lived and worked from a sparse 20 foot-by-12 foot room on the second floor. Sitting on the floor and using a simple wooden desk here, he wrote to world leaders like Churchill, Roosevelt and Hitler and philosopher-writers such as Tolstoy, Romain Rolland and Tagore. “You are the only man who can stop a war,” he wrote to Hitler in 1939. Another letter to Tagore, framed on the wall, exhorts the writer to plunge into the freedom struggle.

The books he read during that time form the core of the library’s collection of 50,000 titles. “Read by Gandhi,” say tiny scraps of paper stuck on many of them. The catalogue reveals that Gandhi had eclectic tastes: he read Shakespeare, Tolstoy and Tagore and his interests included human evolution, political philosophy and peace.

This is the place from where Mahatma Gandhi launched a satyagraha in March 1919 against the Rowlatt Act that allowed certain political cases to be tried without juries and permitted suspects to be interred without a trial. The nationwide strike in response to the draconian Act was the first jolt to the mighty British empire. As Gandhi grew in stature as a world figure, the British got tough. He was tried for sedition in 1922 and sentenced to six years imprisonment. A plaque reminds visitors of his defiant stand as he pleaded guilty: “I hold it to be a virtue to be disaffected towards a government which has done more harm to India than any previous system.”

It was in Mani Bhavan that the Congress Working Committee decided to launch a civil disobedience movement for swaraj from midnight of December 31, 1931. He was in a tent on the terrace of the building when he was arrested early morning on January 4, 1932.He used to hold his prayer meetings on the terrace. Gandhiji shifted to the nearby Birla Bhavan and the Congress working committee meeting on June 18, 1934 was his last day in Mani Bhavan.

Over the years, the building has played host of several dignitaries, who have walked through the wooden corridors to inspect the photographs and dioramas about Gandhi’s life. Among them was American civil rights leader Martin Luther King and his wife Coretta, who stayed here overnight in 1959.  “To have the opportunity of sleeping in the house where Gandhiji slept is an experience that I will never forget,” Martin Luther King wrote in the visitors’ book. The man who fulfilled King’s dream, US President Barrack Obama, visited the place in 2010. “I am filled with hope and inspiration as I have the privilege to view this testament to Gandhi’s life,” he wrote. “He is a hero not just to India but to the world.”

Despite its inspiring history, though, Mani Bhavan sees an average of just 300 visitors a day. Its administrators say that half of them are Western tourists and the other half are school children herded in by their teachers.

But for those who do visit, it is a rewarding experience. Mani Bhavan president Usha Thakkar recalled a visit by women from a gram panchayat in Maharashtra, who were extremely familiar with Gandhi’s ideas on cleanliness and gram swarajya. Said Thakkar, “On being shown a book by Gandhiji, one of them touched it to her forehead as if it was a holy book.” 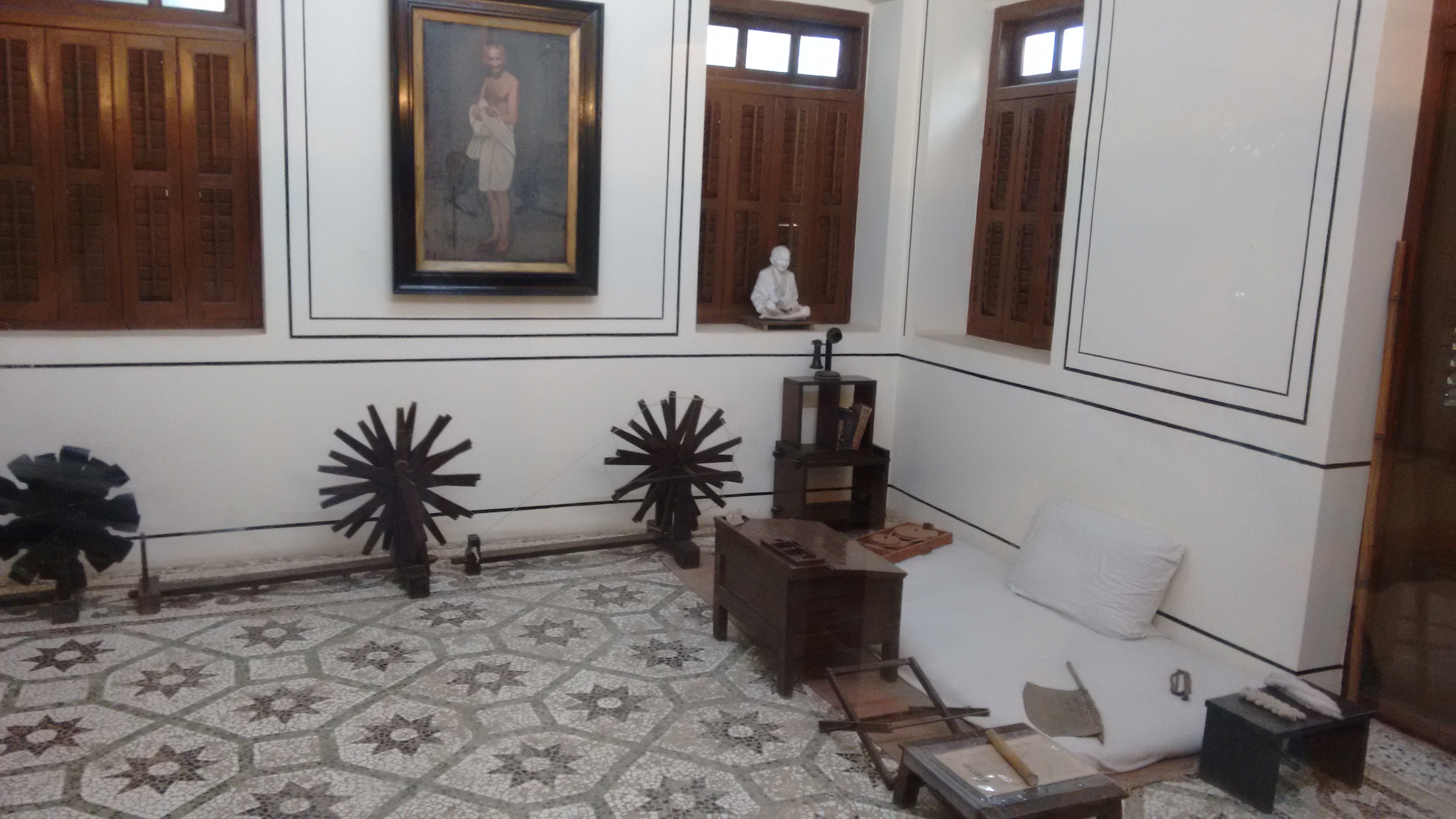