Contribute Now
Ad
At a time when researchers across the country are demanding overdue pay-hikes and better remuneration, even as the government is getting slammed by international journals for not doing enough to promote scientific research and innovation, University Grants Commission’s move to scrap fellowships that are not based on the National Eligibility Test [usually referred to as "non-NET" in short] which supported thousands of students across the country, has met with a strong pushback from the academic community.

On Wednesday, the protests intensified further as the Jawaharlal National University’s student union decided to lead a march to the UGC headquarters in New Delhi where the students from all parts of Delhi had gathered to protest and demand a rollback of the  move that the UGC said was because of “problems” and complaints received by the apex body. These scrapped fellowships provided a monthly stipend of Rs 5,000 to MPhil students and Rs 8,000 to Phd students.

All India Students’ Association has already condemned the move claiming that it is part of the ruling government’s moves to make education “inaccessible”.

“The recent decision by UGC is another step in BJP-led central government’s series of moves to cut budgetary allocation in education and restructure higher education to make it inaccessible and destroy its quality,” AISA said in a press release.

“Research scholarship of Rs 5000 per month for MPhil students and Rs 8000 per month for PhD students are a lifeline for students pursuing research in all central universities,” Kumar said. “If this is discontinued, it will be impossible for a vast majority of the country’s students to engage in research and knowledge creation”, he added.

The students argue that it is part of the current government’s plan to move in line with its proposal at the World Trade Organisation where education could soon be opened up as a trade sector in India for private and foreign players.

This would mean that the Indian government will have to comply by a set of predefined rules which could prove disastrous if it agrees to reduce funding to public institutions or at least providing matching funds to the private players.

As the protests drew in more crowds by Wednesday evening, UGC officials decided to speak to an all party delegation from JNU and negotiate on the matter. Soon, however, the talks failed and the student community demonstrating outside the UGC office decided to camp for the night there itself, calling the campaign "#OccupyUGC".

Activists didn’t lose much time in creating Facebook pages and events to inform the larger community about the goings on at the demonstration even as Shehla Rashid Shora, vice president of the JNU students union, alleged that the police present at the protest didn’t allow women to use the washrooms in the building. 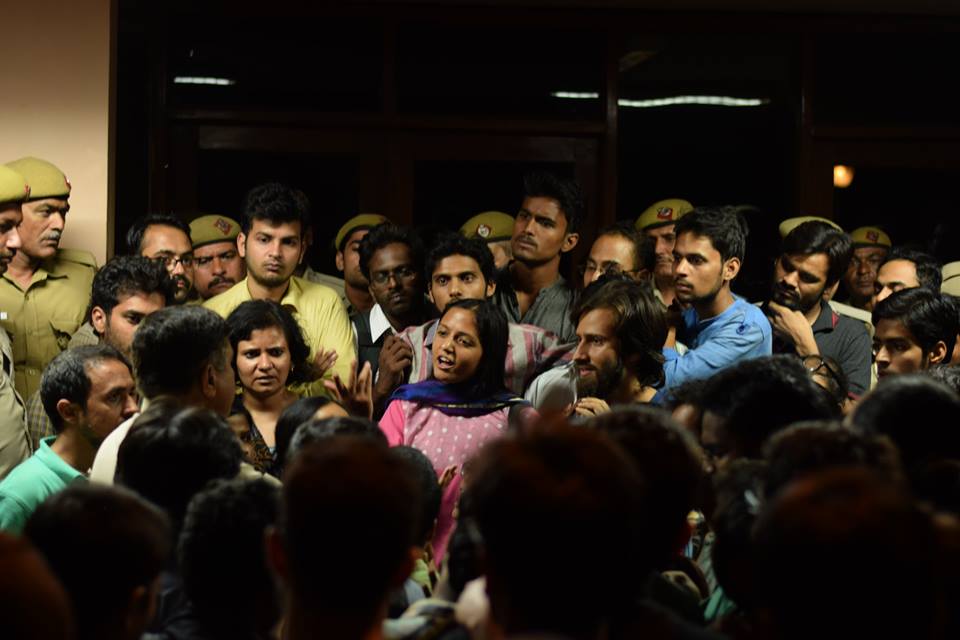 In another post, she said that Anant Prakash Narayan, Former Vice President of JNU student union had suffered a head injury, allegedly caused by the police, and he was being treated at a hospital.

Meanwhile, the protests continued through Thursday morning as activists refused to budge, demanding a statement from the Ministry Human Resources Development or the UGC revoking its decision.

Here are a few pictures from outside the UGC office that have been shared by students and activists: 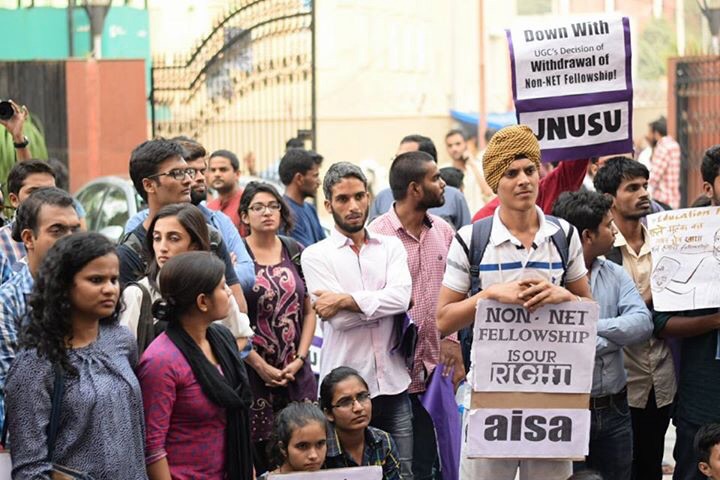 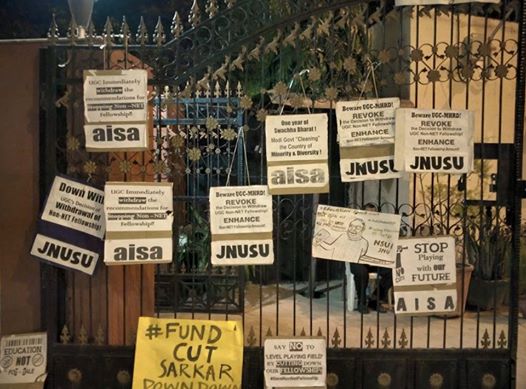 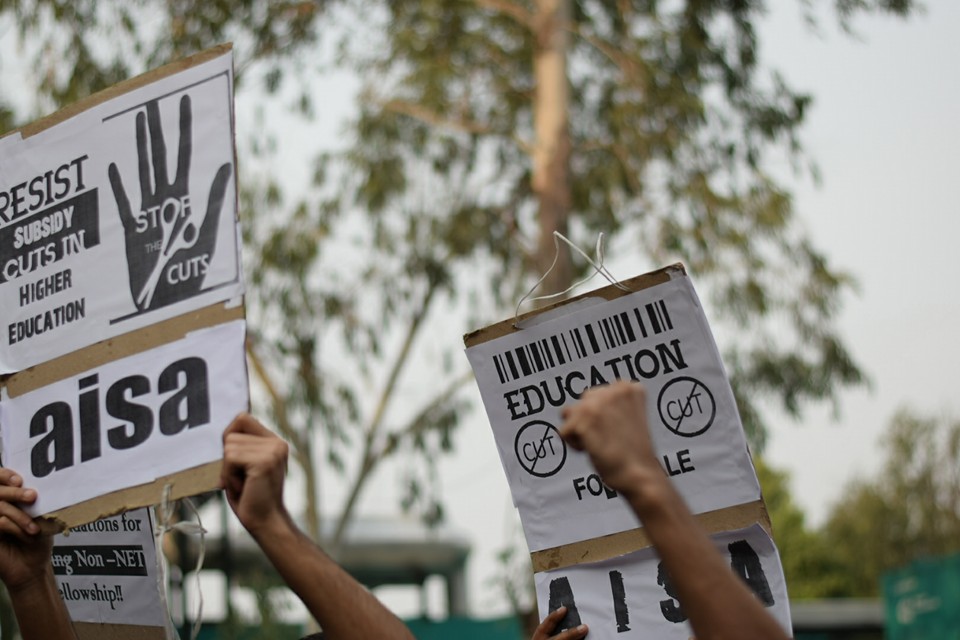 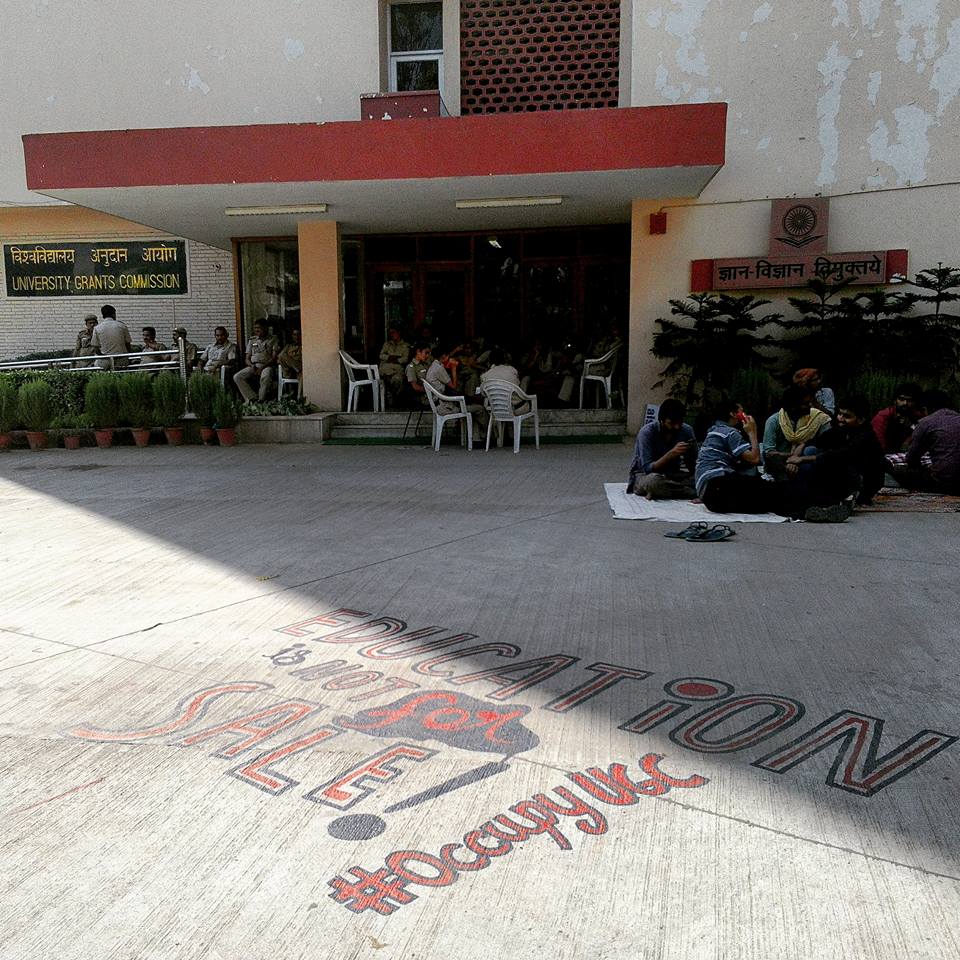 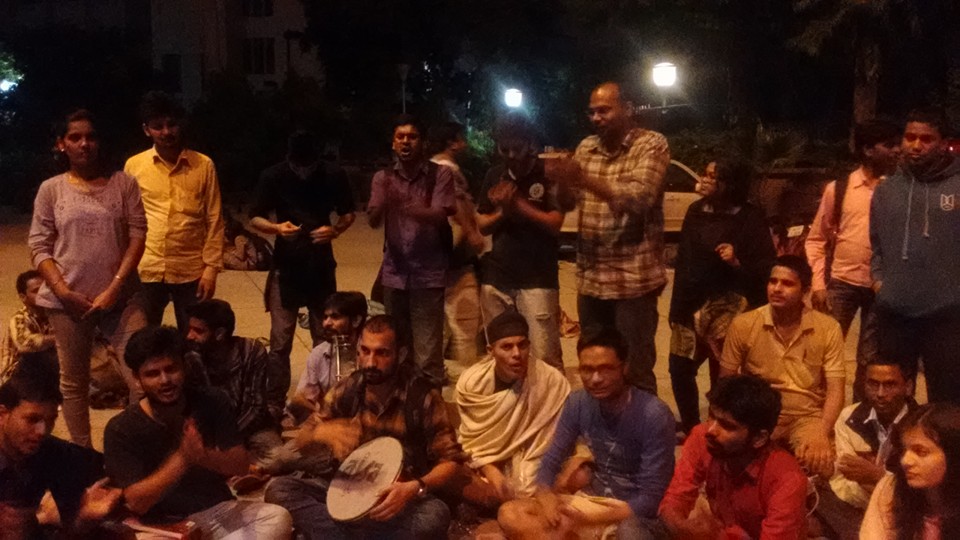 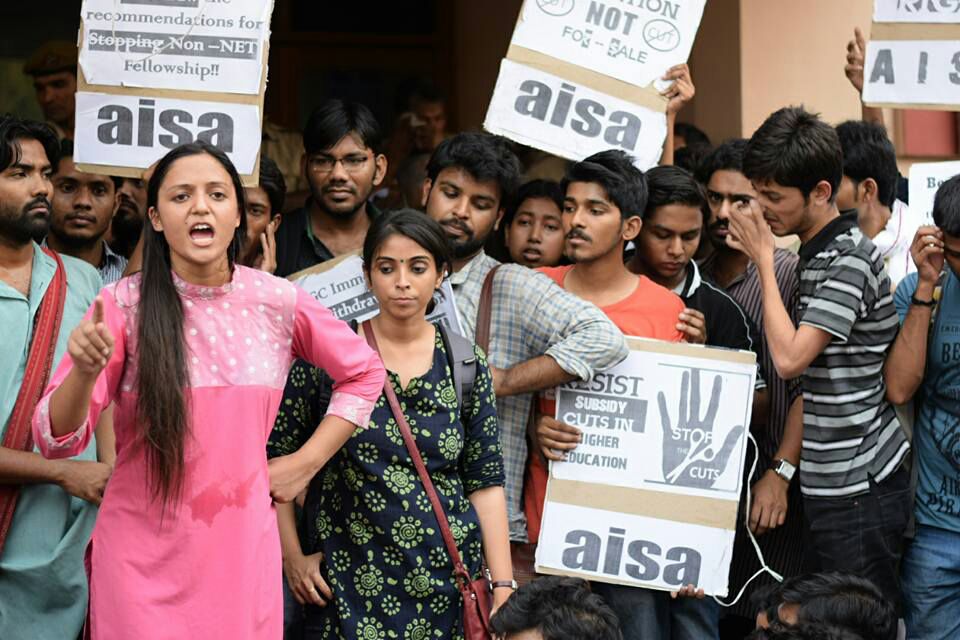